Primoz Roglic took command of the Tour de France despite narrowly losing out to fellow Slovenian Tadej Pogacar on the ninth stage as Briton Adam Yates’s limits were exposed in the second mountain test on Sunday.

The Slovenian played it safe on the last climb of the day but it was enough for him to move to the top of the standings in a ninth stage won by Tour debutant Pogacar.

The 21-year-old Pogacar, the most attacking rider on the final climb up to the Col de Marie Blanque, outsprinted Roglic and breakaway rider Marc Hirschi of Switzerland to move up to seventh overall, 44 seconds off the pace.

‘It was an amazing day, I gave everything in the last climb but I could not drop my rivals. But the stage win makes up for it,’ said Pogacar, who finished third overall in his grand tour debut on the Vuelta last year.

Yates, who made no mystery of his limited ambitions on the Tour, ended the stage in 15th place, 54 seconds off the pace, and dropped down to eighth overall.

As the race heads into its first rest day, when all the riders will be submitted to a coronavirus test, Roglic sits in pole position but Colombian Bernal, who relishes the long climbs of the Alps coming in the third week, is also where he wanted to be. 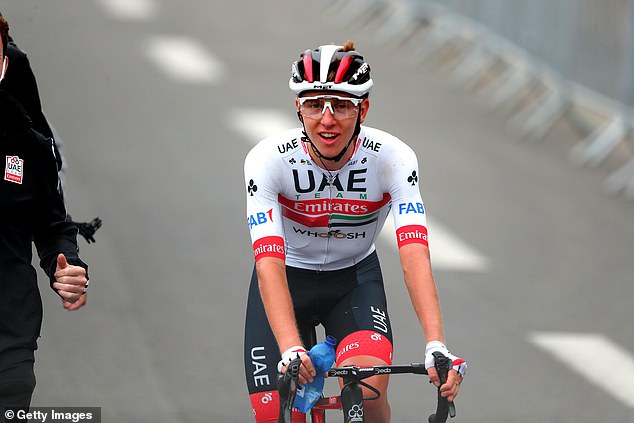 Roglic did, however, narrowly lose out to fellow Slovenian Tadej Pogacar on the ninth stage 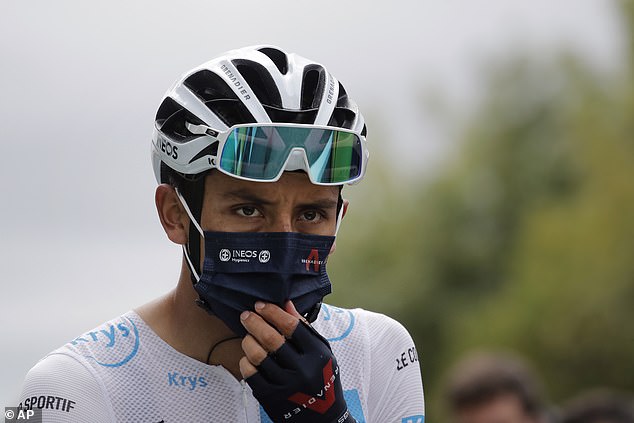 After attacking on the final climb on Saturday, Pogacar was on the offensive again on the ascent to the Col de Marie Blanque, a 7.7-km effort at an average gradient of 8.6%, but Roglic, Bernal and Spain’s Mikel Landa followed.

Roglic picked up a five-second bonus at the top of the pass, situated 18 kilometres from the finish, and the small group caught former Under-23 world champion Hirschi 2.5 km from the line.

Pogacar was the fastest man to the line as he gained back more time back after losing 1:20 in the crosswinds on Friday.

France’s Guillaume Martin, who started the day second overall, slid down to third, 28 seconds off the pace, after losing touch with the top guns on the ascent to the Col de Marie Blanque.

The day after Thibaut Pinot lost all hope of becoming the first local winner of the Tour in 35 years, another Frenchman, Romain Bardet, was sitting in fourth place overall, 30 seconds behind Roglic. 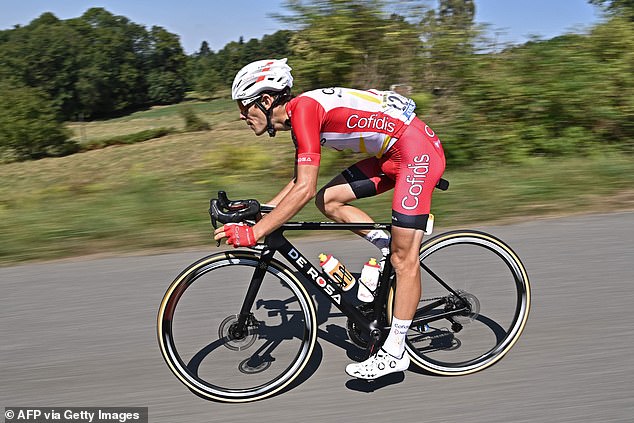