British rider Adam Yates remains only four seconds off the lead in the Tour de France but the sturdier yellow jersey prospects in the long term are held by Primoz Roglic after the pre-race favourite won the fourth stage at Orcieres-Merlette.

Yates, who was fourth in 2016, was 10th to cross the summit finish after the 160.5km stage from Sisteron. The Mitchelton-Scott climber finished in the same chasing cluster as the overall leader Julian Alaphilippe so his margin to the front is unchanged.

While Yates has insisted he is only targeting stage wins, there is a school of thought that his chances in the general classification have been underplayed, not least by himself. Nonetheless it will take some doing to overhaul Roglic in the fullness of the race.

Primoz Roglic, of Jumbo-Visma, is now third overall after his stage victory on Tuesday

There had been doubts about the Slovenian’s fitness after he was injured in a crash at the Criterium du Dauphine last month, but his win on Tuesday, after responding to a burst from Cofidis’ Guillaume Martin with 500 metres to go, will stand as a positive indicator.

Roglic, of Jumbo-Visma, is now only third overall, 11 seconds behind Alaphilippe. Defending champion, Egan Bernal of Ineos, is sixth, 17 seconds back.

Roglic said: ‘I’m coming back (from injury). We see that I am still coming back and now I can race every day feeling even better.’ 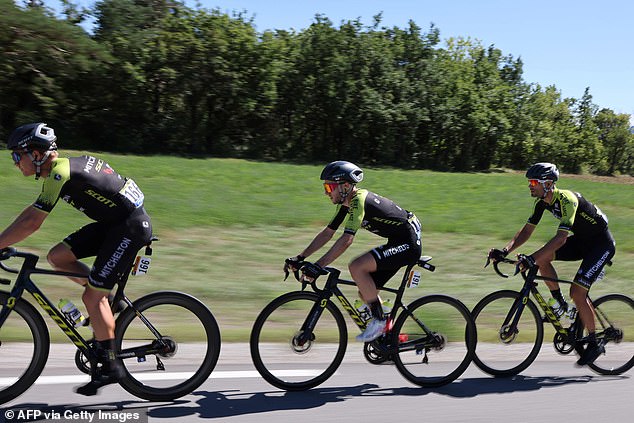