Prince Albert of Monaco opens up about Grace Kelly’s death

Prince Albert of Monaco has opened up about the tragic death of his mother Grace Kelly, revealing that his father was never the ‘same man’ after the loss.

The prince, 59, called his mother’s death ‘traumatic’ for the royal family, particularly for his sister Stephanie, who was with her mother at the time of the car accident that claimed her life.

Grace Kelly died in September 1982 after driving around a hairpin curve in Monaco and crashing, with 17-year-old Stephanie in the vehicle.

Prince Albert, the reigning monarch of the Principality of Monaco, said it took years for his sister to come to terms with what happened.

Speaking on In Depth with Graham Bensinger last week, his majesty said he turned to his family in his grief over her death.

Prince Albert of Monaco, 59, opened up about the death of his mother Grace Kelly on In Depth with Graham Bensinger

Albert’s sister Princess Stephanie, now 52, suffered multiple injuries in the crash in 1982 – including broken ribs, three cervical fractures and a shattered collarbone – which occurred when Princess Grace was driving home to the palace with her daughter.

Albert, who has been married to Princess Charlene since 2011, said his younger sister struggled to deal with the fact that she couldn’t save their mother.

He said: ‘Well, it took a very long time for her to recover from this and it was a very painful recollection for her, and it took a number of years for her to come to terms with that.

‘You know, just the pain of being in that car with our mother and not being able to pull her out or to have a different outcome. She was injured, of course also, but I think it’s a traumatic experience and it would be for anybody.’ 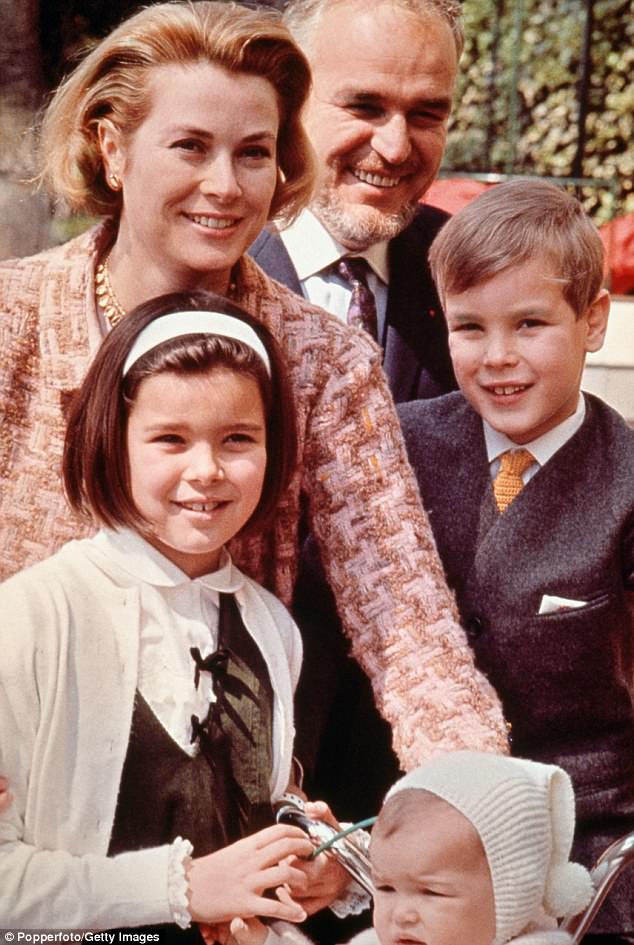 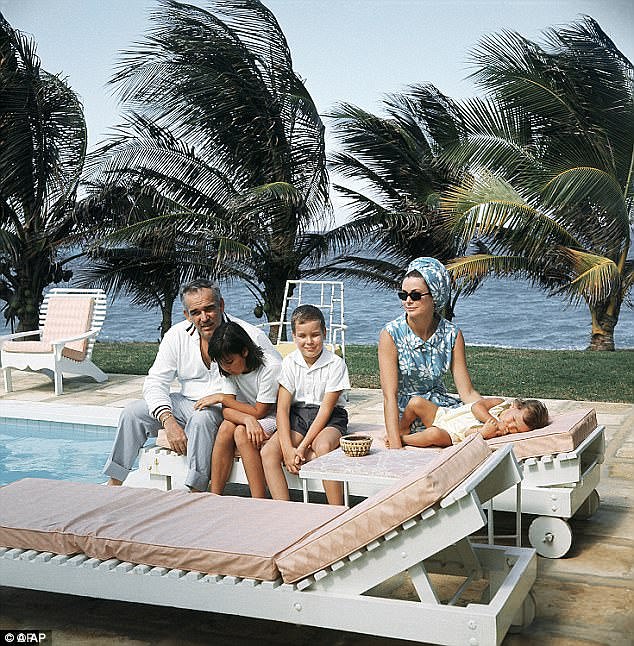 Prince Albert said his late father Rainier III, Prince of Monaco, who died in 2005, was a changed man following the death of his wife.

‘It was pretty obvious that he was deeply affected and he wasn’t quite the same man as he was before the accident,’ Albert confessed.

The father-of-four turned to his family to deal with his own grief over their loss, admitting it took him years to grieve properly.

Albert said: ‘It always takes a while you recover thanks to your other family members, to your friends, to the people who are dear to you and provide comfort.

‘It also takes years to really fully come to terms with that.’

THE LEGACY OF GRACE KELLY 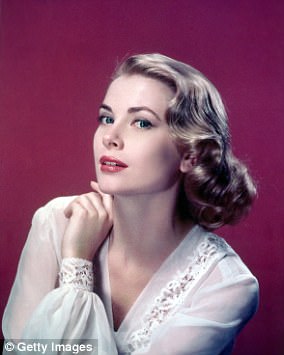 Grace Kelly shortly before she met her husband in 1955

Admirers recognise her as the embodiment of royalty in any sense – a critically-acclaimed actress and the elegant consort of Monaco, as well as a loyal friend, loving mother, and stunning style icon.

Ms Kelly was born to a wealthy family in Philadelphia in 1929, and went on to quickly climb the ranks of Hollywood, starring in Alfred Hitchcock’s Rear Window and High Society, a musical.

She won the Oscar for Best Actress for her work in the 1954 film The Country Girl, beating out fellow star Judy Garland. She also another nod for her supporting role in 1953’s Mogambo.

At the 1955 Cannes Film Festival, Ms Kelly met Monaco’s Prince Ranier III. After exchanging letters in a hushed romance, he asked her to marry him days after Christmas that year.

During what reporters called ‘the wedding of the century,’ then 26-year-old Grace Patricia Kelly became Her Serene Highness Princess Grace of Monaco in an intricate lace dress designed by MGM costume designer Helen Rose.

In the years following their wedding she admitted that it was difficult separating Grace Kelly the actress and Princess Grace, the wife of a head of state.

She had three children with the prince – Albert II, Stephanie, and Caroline.

Princess Grace died on September 14, 1982 as she was driving along a hairpin bend above the Mediterranean principality with her daughter, Princess Stephanie, though the circumstances of that day are still cause for speculation, even three decades after her death.

Initial reports said that she suffered a stroke, though there is still speculation of how the Rover P6 she was driving plunged 45 feet down.

There are rumours that Princess Stephanie was quarrelling with her mother, and that she was even driving the car.

It was the same hairpin curve that she zoomed around in the 1955 film To Catch A Thief. In the film, Ms Kelly gushed: ‘Have you ever seen any place in the world more wonderful?’

Guillaume Rose, Monaco’s head of tourism, told the AFP news agency that the classic movie is ‘the best advertisement we ever had.’ 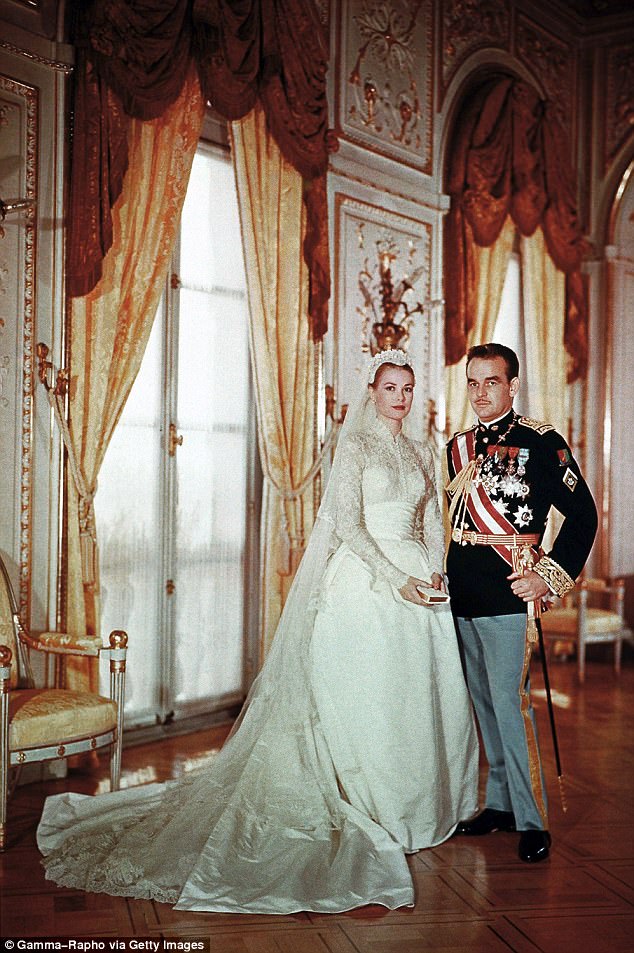 The royal family had been eating breakfast when Albert’s father came in and told them there had been an accident.

‘Basically he said that we had to go down the hospital because mom and Stephanie had an accident.

‘I didn’t think twice about it and went down with him, Caroline as well, and of course it was a very shocking moment,’ the Prince explained.

‘One where you’re not sure what to think. Of course you think that things are going to improve and it’s not as bad an accident as you thought it was so… those few hours there were very tense and very emotional.’

He added: ‘It wasn’t until later that evening that it became apparent that the outcome was not going to be a good one.’

The royal also spoke about life in the public eye, saying it can be a case of having to ‘grin and bear it’ during public engagements. 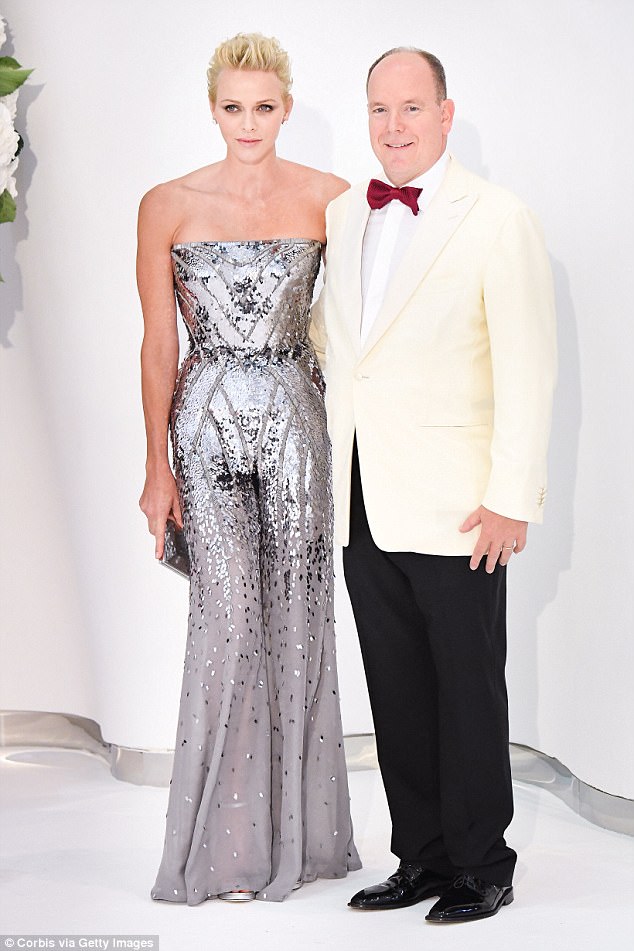 Prince Albert is married to his own blonde beauty Charlene, a former Olympic swimmer from South Africa

‘Gradually, and around the age of probably four or five, you kind of notice that you’re in a bit of a different family, and people have different expectations of you, people making a fuss over you. It’s not always easy and not easy to come to terms with. It still isn’t in many ways,’ he said.

‘I consider myself a private person most of the time so it’s hard to perform in a very public situation and have to do… public appearances and speeches depending on what it is and what the situation is. And of course you get to meet great people.

‘Even at a younger age you try and figure your way around and at a later stage in life then it becomes a little tedious, but there are things you have to do and you have to grin and bear it and push forward.

‘You kind of learn early on to say you don’t have a choice.

‘You could just walk away and have your own life but that would be, first of all, not respecting what my father and mother did for this country, and trying to keep that moral obligation that there is to lead this nation and be the head of state.’ 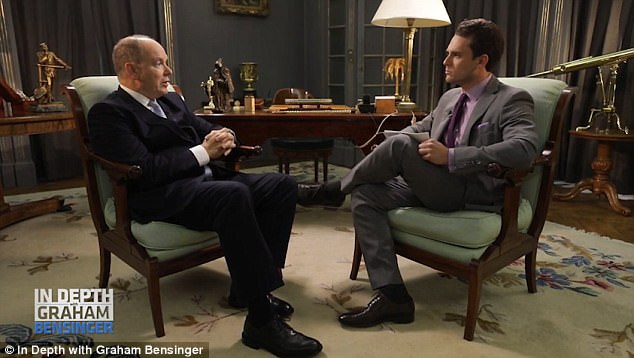