Prince Albert of Monaco says Princess Gabriella, 6, has the ‘gift of gab’

Prince Albert of Monaco has candidly revealed how different his six-year-old twins can be from one another.

The head of state, 62, who is married to Princess Charlene of Monaco, told People that his daughter Princess Gabriella has the ‘gift of gab and no qualms about being in front of people’.

This is in stark contrast to her ‘shy’ brother Prince Jacques, with the heir to the throne being a little quieter than his sibling.

But despite the twins’ growing confidence, Prince Albert is determined to let them enjoy their childhoods and refuses to constantly place them in the public eye.

He told the publication: ‘In very broad terms, Jacques is a little more shy and a little quieter, but he can also come up with some very funny things,’ adding that he’s a keen observer.

Meanwhile, he admitted his daughter is ‘a little more outgoing, and she definitely has the gift of gab’.

Explaining that she loves to dance and sing, the prince suggested Princess Gabriella has no problem standing in front of a crowd.

However, the devoted father said he hadn’t given the twins a long list of what’s expected from them in terms of their royal duties because he’s careful to let them enjoy their childhoods without any scrutiny.

He revealed: ‘We don’t want to put them into the spotlight too much. It’s a case-by-case opportunity for now, so it remains special for them.’ 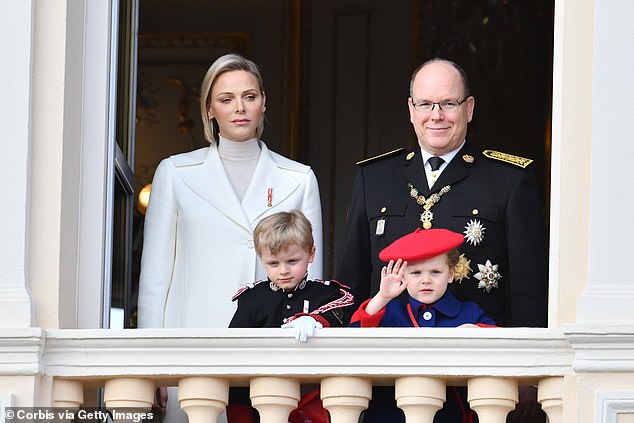 Princess Charlene and Prince Albert with their children Prince Jacques and Princess Gabriella at the Palace balcony during the Monaco National Day Celebrations on November 19, 2019 in Monte-Carlo

Joining parents across the world, Prince Albert and wife Princess Charlene have been forced to homeschool their children amid the coronavirus pandemic – but fortunately, the head of state said he can handle their math assignments.

He went on to add that the twins are eager to know about geography and science after showing an interest in how oceans, planets and the solar system work.

Last month, Princess Charlene praised ‘loyal’ Prince Albert in her first comments since claims arose he is facing a paternity suit over a third love child.

The mother-of-two shocked royal fans around the world when she debuted a striking punk shaved haircut in December. 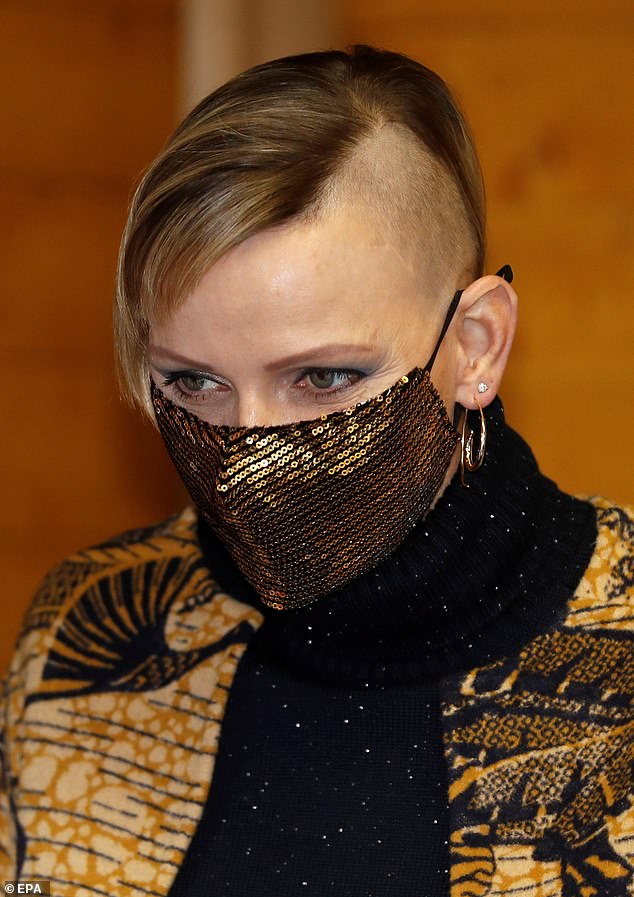 Last month, Princess Charlene praised ‘loyal’ Prince Albert in her first comments since claims arose he is facing a paternity suit over a third love child. The mother-of-two shocked royal fans around the world when she debuted a striking punk shaved haircut in December (pictured)

Days later it emerged her husband is set to appear in court in the coming months to fight explosive claims he fathered a third love child with a secret girlfriend.

After appearing alongside her husband in snaps over the Christmas period, the former Olympic swimmer made her first comments in an interview in which she hailed Prince Albert as ‘loyal, determined and courageous’.

Speaking with Point du Vue, she revealed: ‘When my husband has problems, he tells me about it. I often tell him, “No matter what, no matter what, I’m a thousand percent behind you. I’ll stand by you whatever you do, in good times or in bad.”

Meanwhile Princess Charlene revealed her drastic new haircut was ‘her decision’, explaining she had wanted the cut ‘for a long time’ because the ‘style pleases her.’ 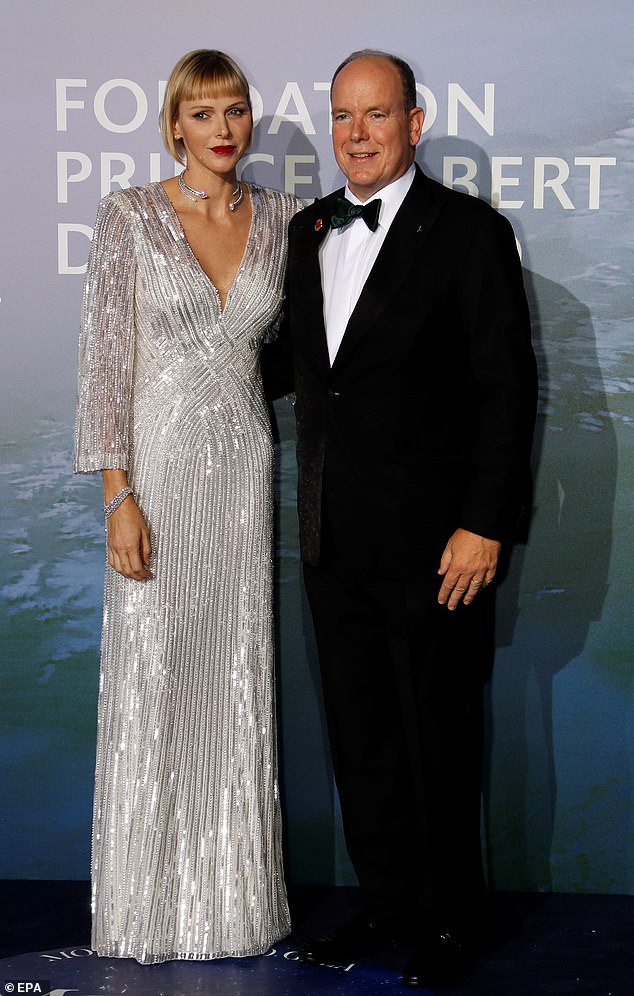 The royal, who usually wears her hair in a chic blonde bob, shocked fans around the world when she unveiled her drastic new haircut earlier this year (pictured, before the haircut in September)

She said she had dismissed comments about the style ‘not being royal’, adding: ‘And I have nothing to answer them, except that we are in 2021, and that in these times so troubled, so difficult, other much more important subjects deserve our attention.’

And after being asked ‘are you happy’, the royal responded: ‘There are times more or less easy, it is the case for everyone.

‘But I am happy as I am, fulfilled by what I am going through, I know I am very privileged.’

Sources in the Mediterranean principality say Charlene has had a ‘terrible’ year as lawyers for the billionaire couple brace themselves for the court case that opens in Milan in February.

Albert, who already supports two illegitimate children, is alleged to have had a relationship with a 34-year-old Brazilian woman which resulted in a daughter on July 4, 2005.