By Olivia Jones and Jamie Phillips For Mailonline

The 62-year-old royal told crowds on the Sandringham estate to ‘stand on a newspaper and you insulate your feet’.

A video showed the royal family member chatting with the public and he asks a woman if she had cold feet.

When she responded ‘freezing’ he replied: ‘Did you know the trick is to bring a newspaper? Stand on a newspaper and you insulate your feet.’ 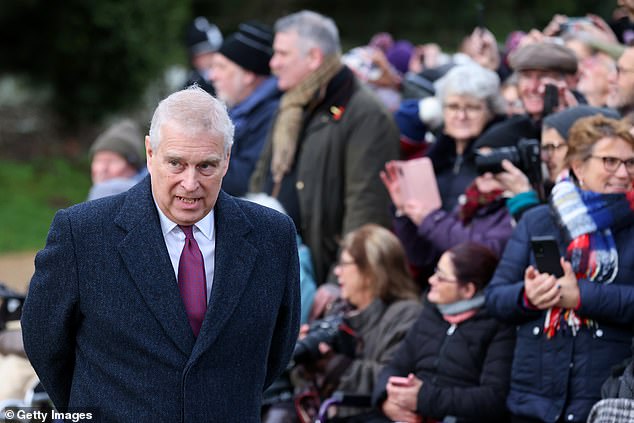 The lady, who was stood with her dog, said ‘thank you’ before the royal walked away.

A local, who filmed the interaction, said: ‘The whole thing was really odd.

‘I don’t imagine the woman will be testing his theory anytime soon,’ they told The Sun.

The chat took place on Christmas Day after the Royal Family walked back from their first service in the absence of Her Majesty the Queen.

Prince Andrew made a surprise appearance at the annual Christmas walkabout.

The Duke of York walked behind senior royals as crowds lined the road outside the St Mary Magdalene Church for the traditional Christmas Day service on the Norfolk estate.

Andrew’s invitation was seen by some as a potential olive branch towards the disgraced duke.

King Charles was joined by Camilla, the Queen Consort, at the head of the group, while the Waleses walked just behind them alongside their three children George, nine, Charlotte, seven, and Louis, four.

It comes after Charles told Andrew he’s ‘on his own’ in the wake of the scandal over his associations with the late paedophile financier Jeffery Epstein, a source has claimed. 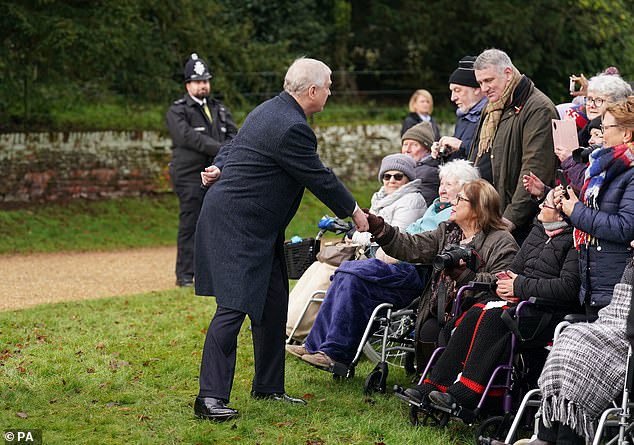 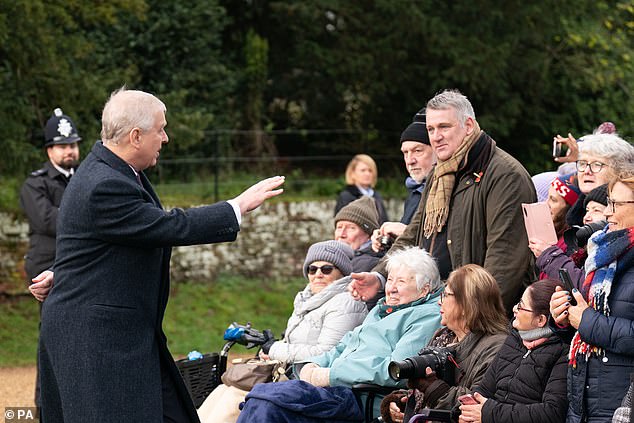 The Duke of York was told to no longer use Buckingham Palace as an office space, effectively severing his final tie to his old life as a working royal, according to The Sun.

‘Any presence at the Palace is officially over,’ a source told the newspaper. ‘The King has made it clear. He isn’t a working royal. He’s on his own.’

As part of the King’s decision, Andrew will not be able to use the address for any future correspondence. The skeleton staff retained since he stepped down from public duty three years ago now reportedly face being put out of work.

As part of the royal shuffle, the Princess of Wales was promoted to her first Army role, taking over as Colonel of the Irish Guards from her husband.

Prince William will become Colonel of the Welsh Guards instead.

Andrew inherited the position of Colonel of the Grenadier Guards from his late father, the Duke of Edinburgh, when he retired from public life in 2017.