Fancy seeing you here! Prince Charles is reunited with Geri Horner as Spice Girls turn out for his Prince’s Trust fundraising event.. more than 20 years after Ginger Spice ‘pinched’ his bottom

By Unity Blott and Latoya Gayle For Mailonline

Their ‘cheeky’ first meeting in 1997 became one of the most iconic moments in pop culture history.

And Prince Charles was reunited with Geri Horner (née Halliwell) on Thursday evening as the Spice Girls descended on London for a star-studded fundraiser event.

The Prince of Wales is meeting ambassadors of his charity, The Prince’s Trust, at a glitzy soirée attended by stars including diver Tom Daley.

Suited and booted, Charles arrived at the Savoy Hotel on London’s Strand tonight to meet supporters of the organisation including Melanie Brown and Emma Bunton of the newly-reformed pop group. 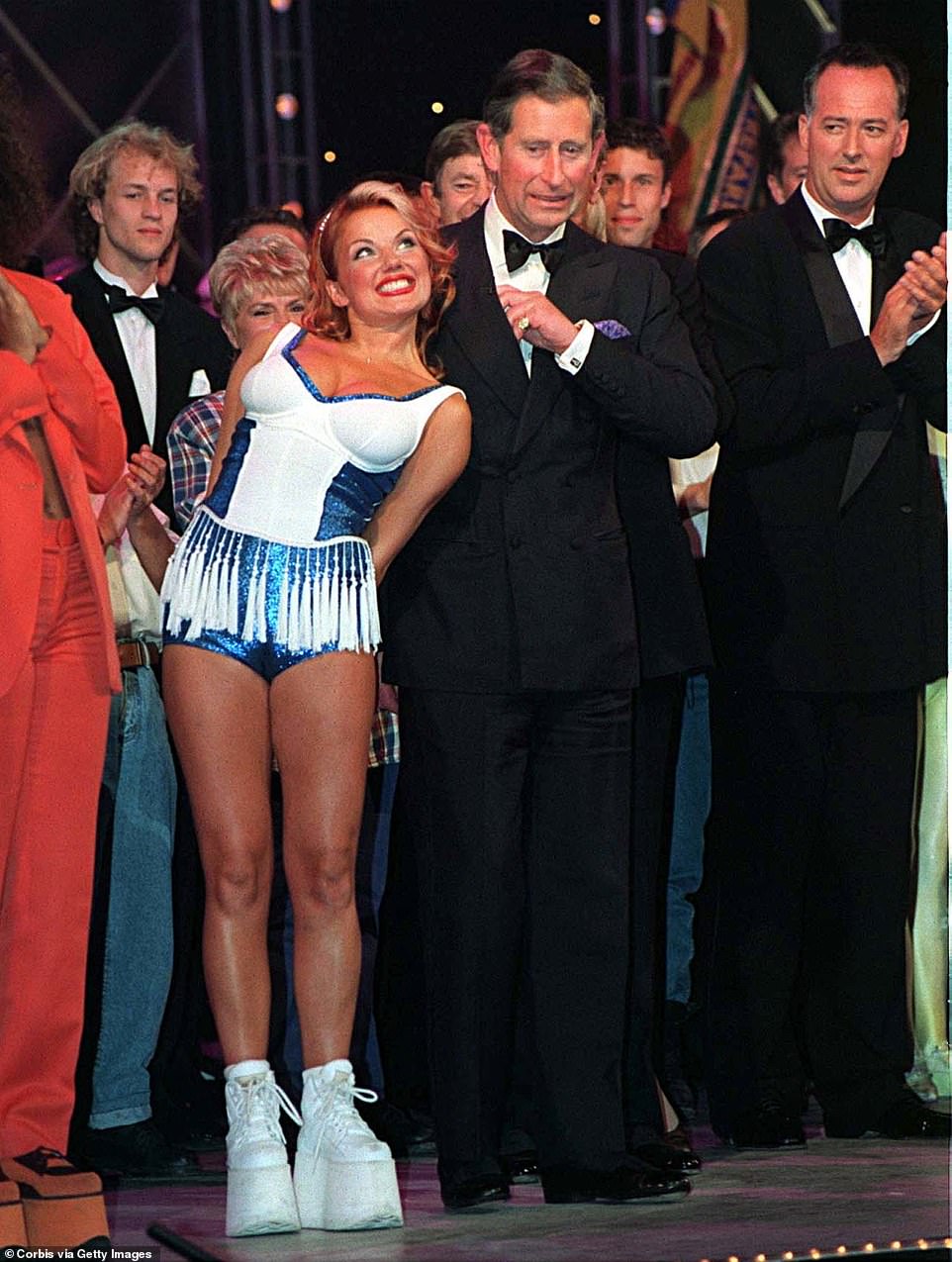 Did she or didn’t she? The now-infamous moment that saw Geri Halliwell appear to pinch Prince Charles’ bottom in Manchester, May 1997 – a claim she has since denied 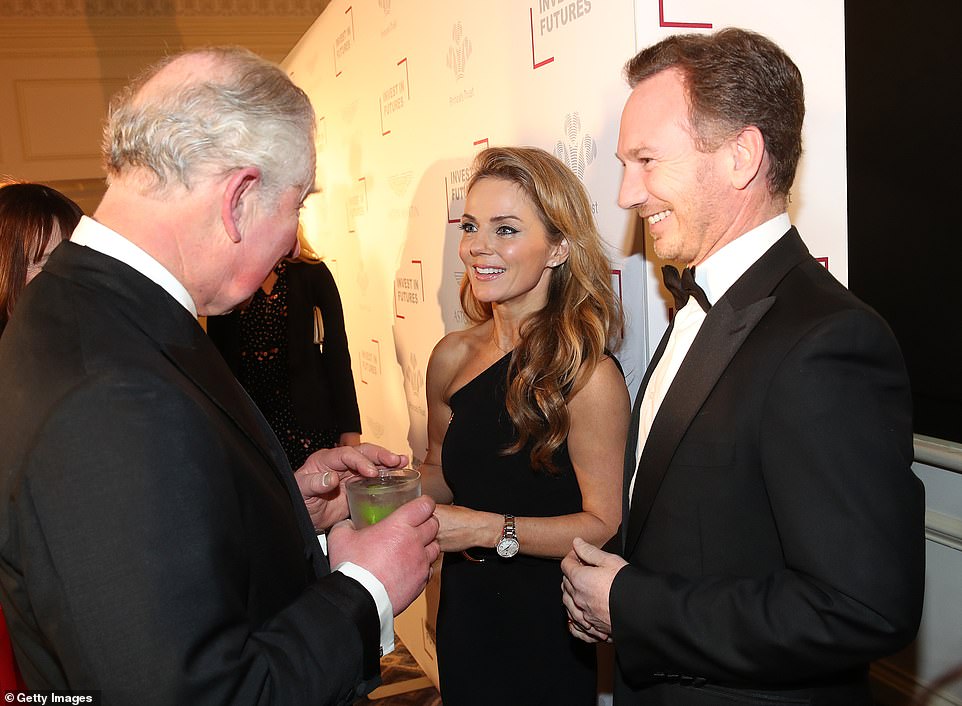 Tonight’s event has been organised to celebrate the trust’s Invest in Future initiative, which has encouraged donors to help disadvantaged people into work, training or enterprise.

During the visit Charles will meet the Trust’s young ambassadors before speaking to its celebrity ambassadors and supporters, which include Olympic bronze medallist Daley.

He will then pause to watch performances by British neo-soul singer Laura Mvula and Scottish pop rock band Texas.

Emma Bunton, Geri Horner, Melanie Brown and Melanie Chisholm, announced last year that they are reuniting for a string of shows as the Spice Girls, without Victoria Beckham.

Charles founded The Prince’s Trust in 1976 to help the vulnerable young get their lives back on track, and has a history of recruiting recognisable names as ambassadors.

Previously the trust has recruited figures such as Idris Elba and Rita Ora. 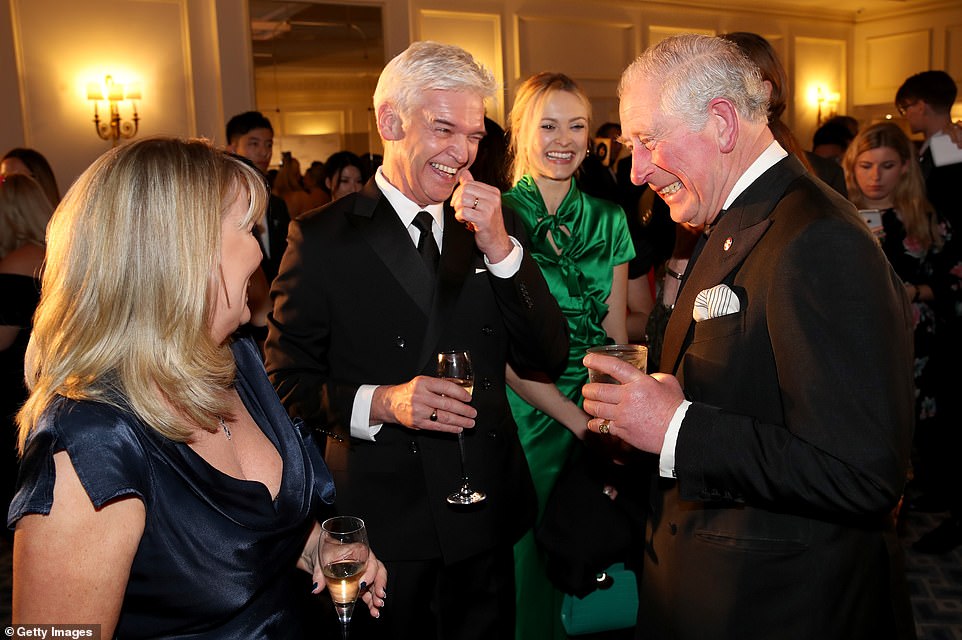 The Prince of Wales shared a joke with Stephanie Lowe, her husband Phillip Schofield and Fearne Cotton (pictured left to right) during the reception which encourages donors to help disadvantaged young people into work, training or enterprise 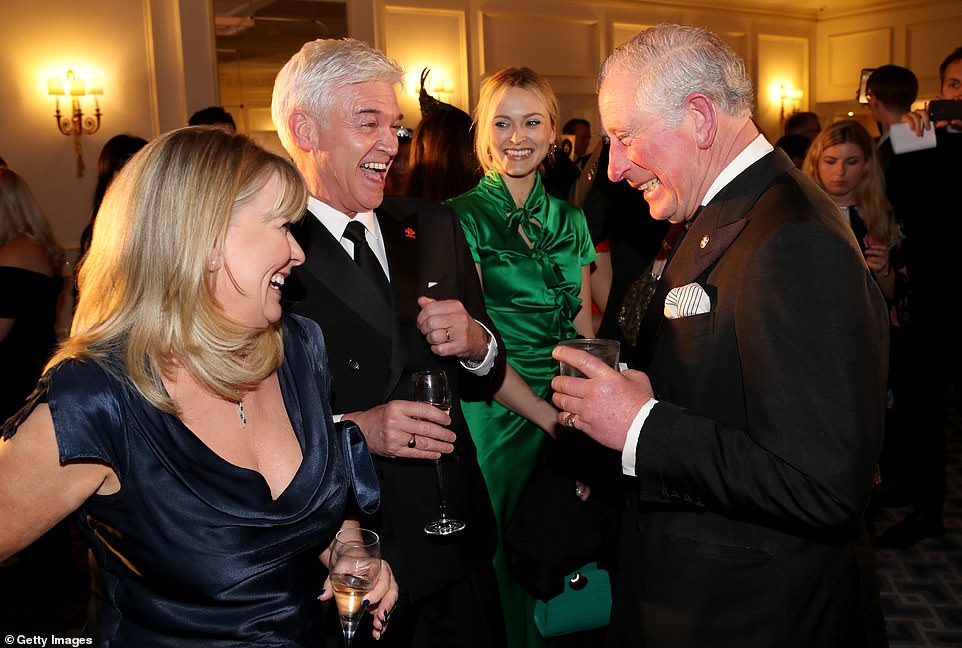 Charles who founded The Prince’s Trust in 1976 beamed in black-tie as he spoke with the celebrity guests including Stephanie Lowe, Philip Schofield and Fearne Cotton 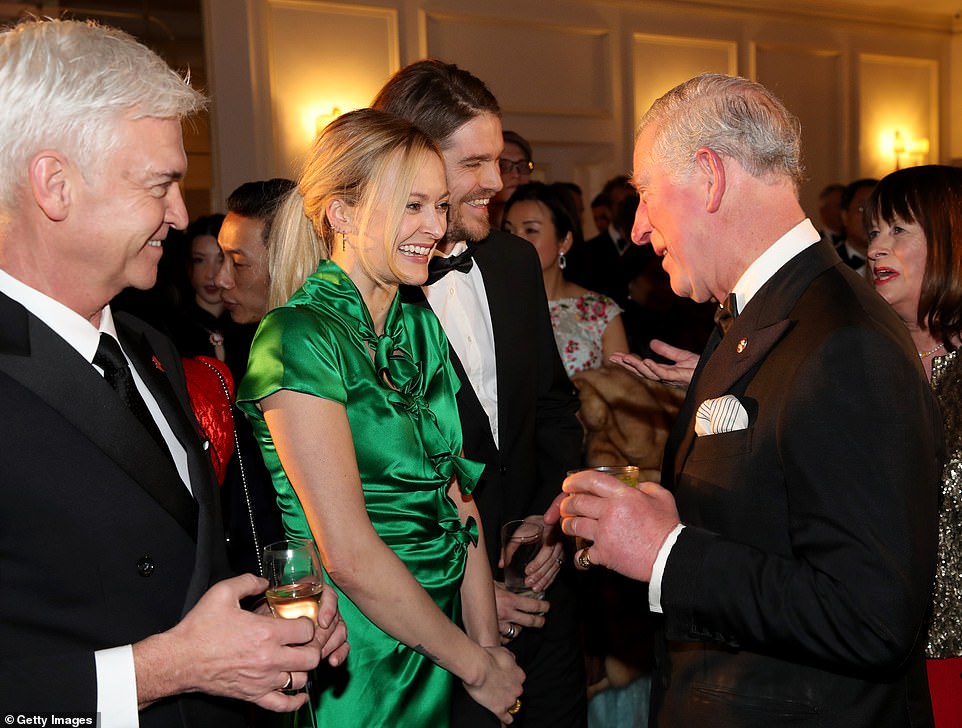 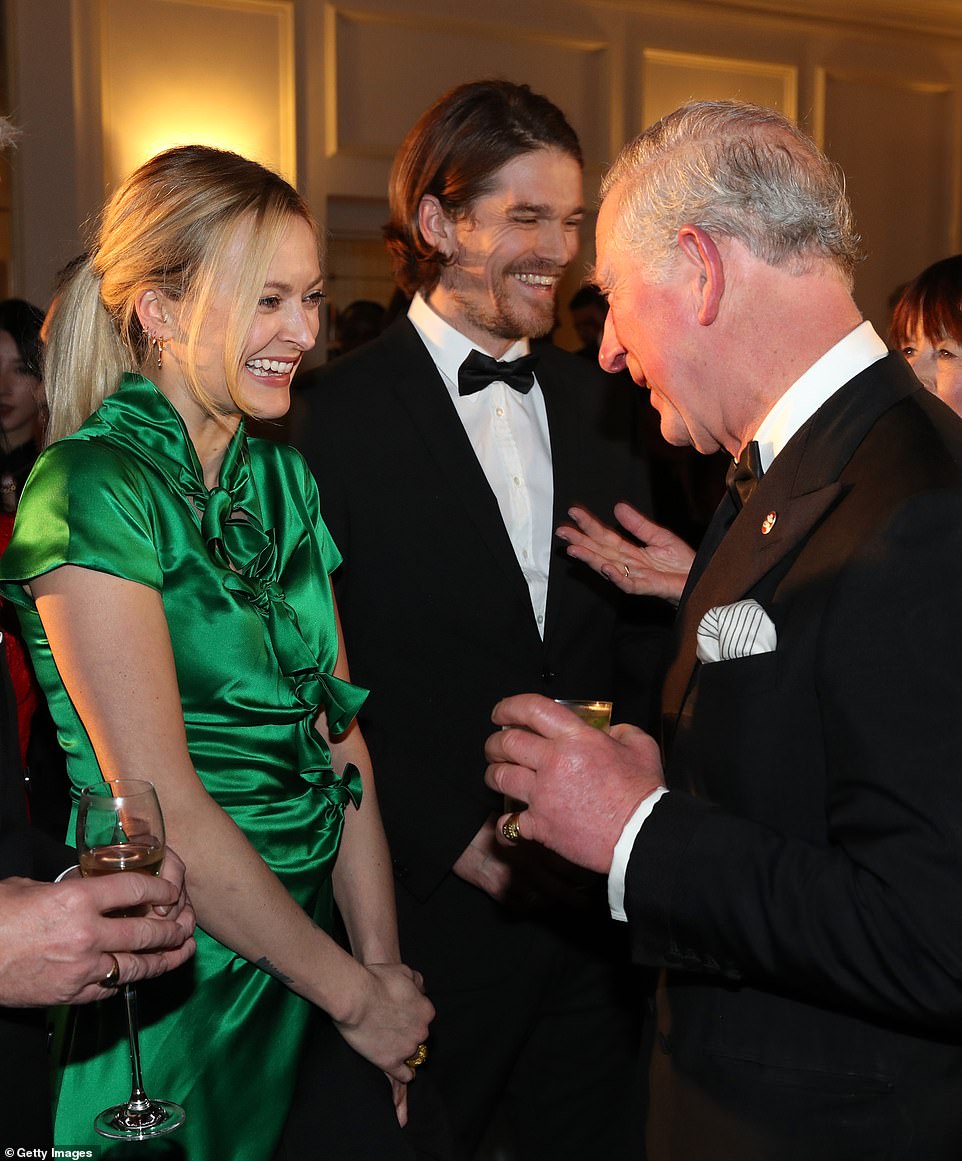 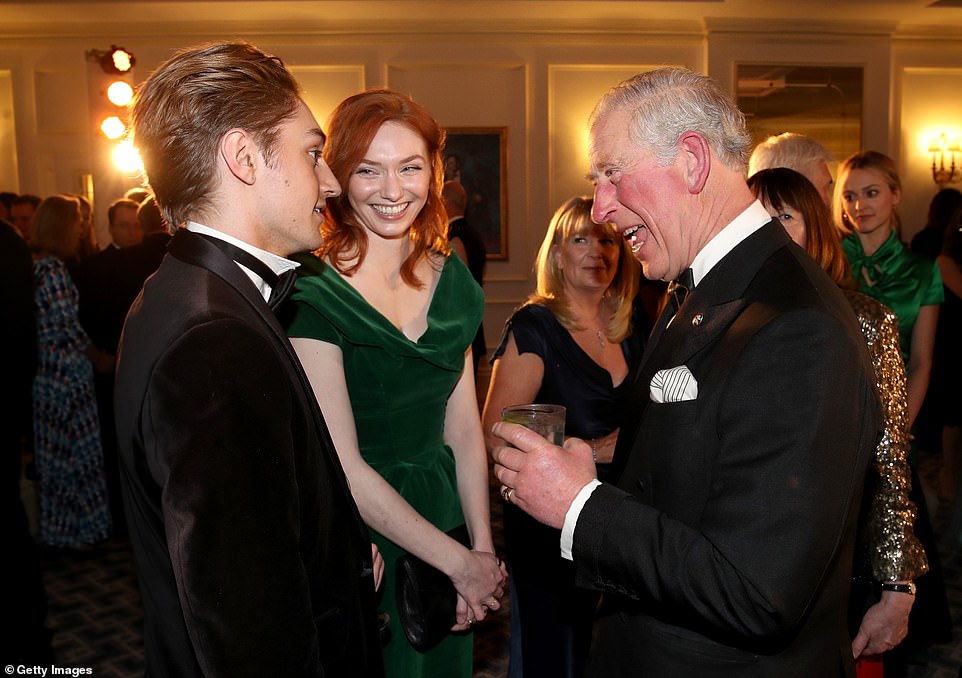 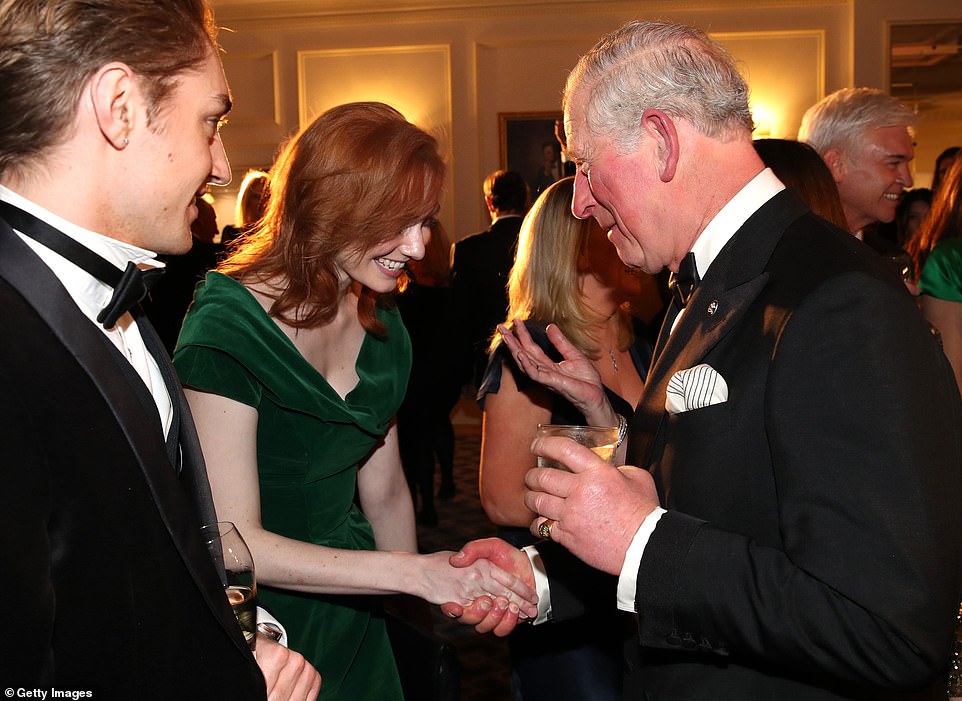 British actress Eleanor Tomlinson is best known for starring in Poldark and Colette, she appeared relaxed as she spoke with the Prince of Wales 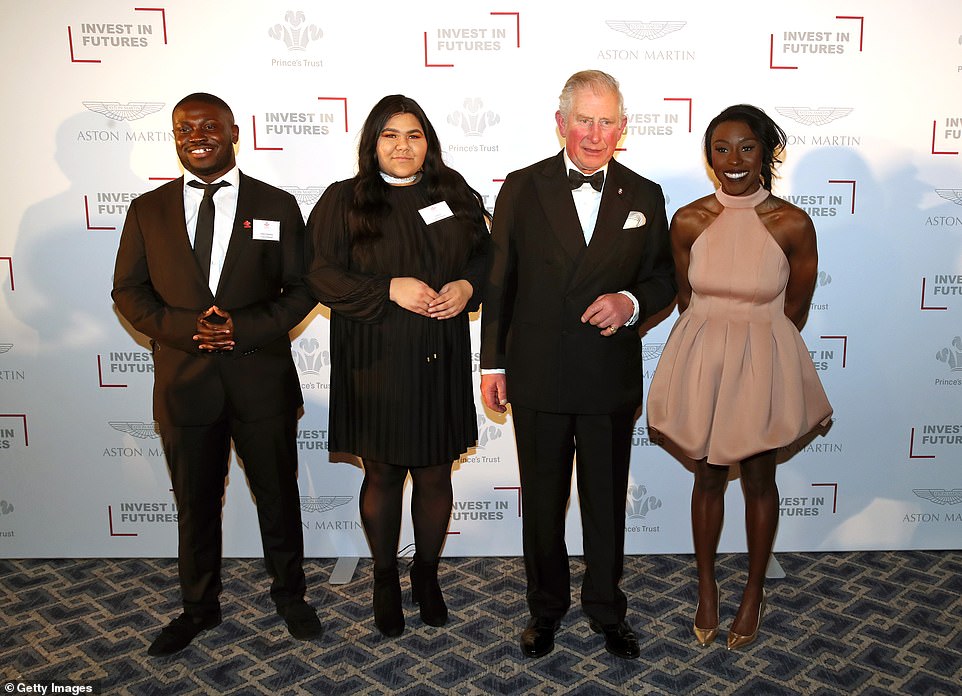 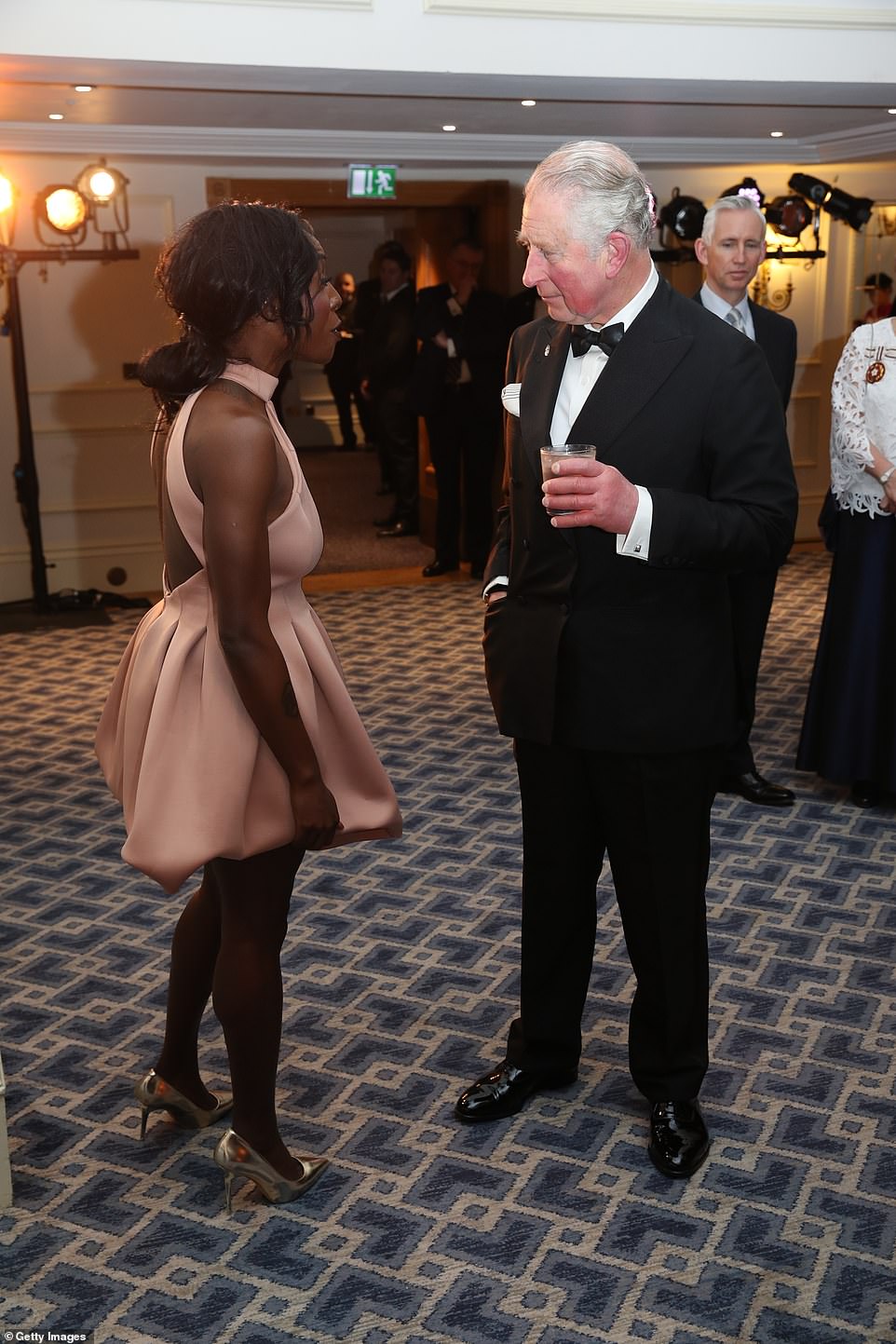 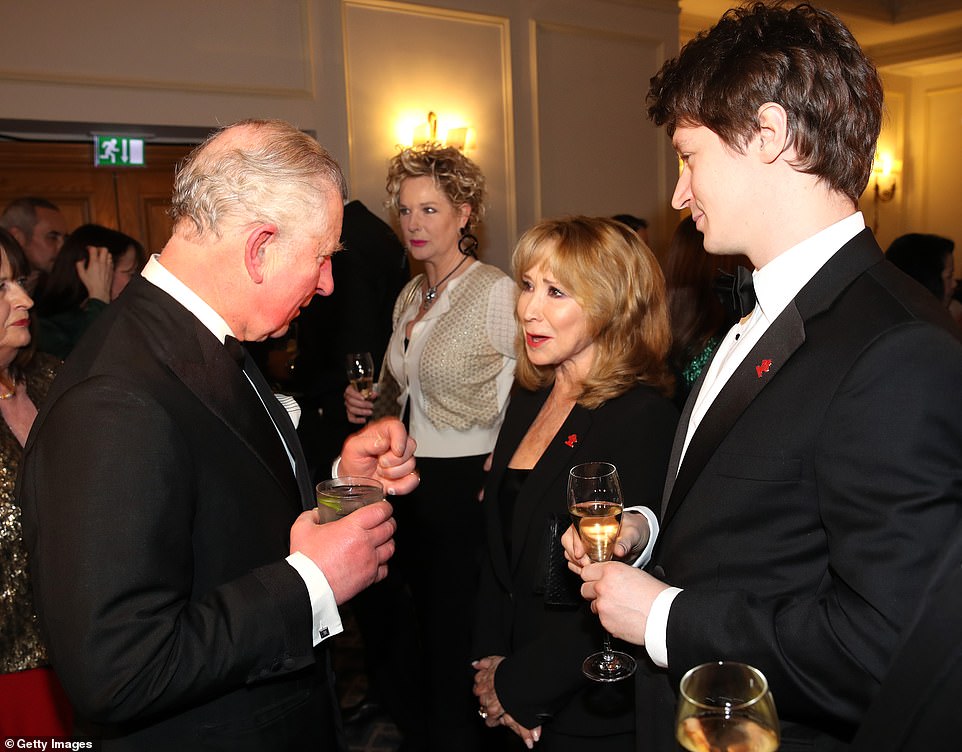 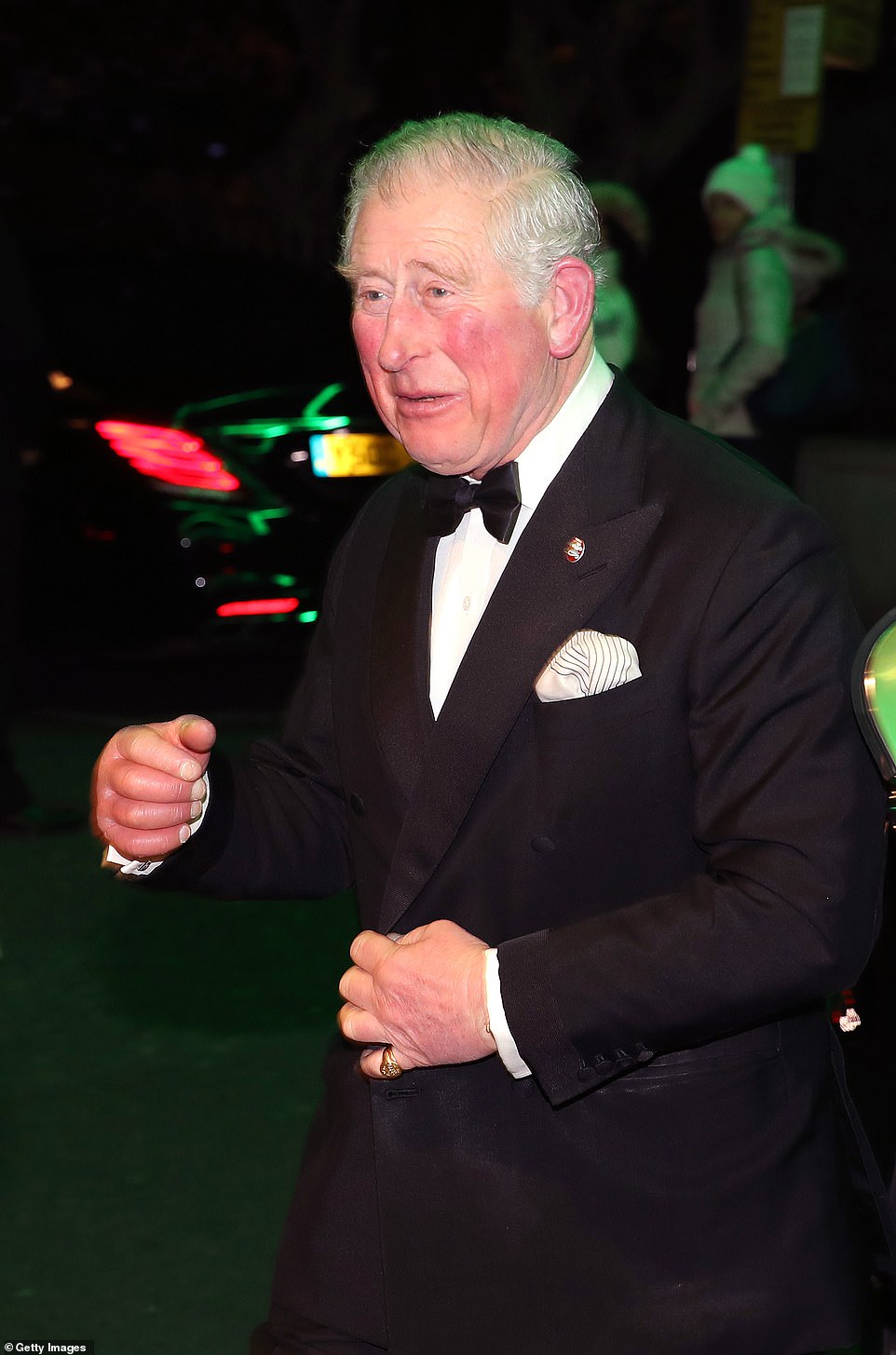 Charles arrives at the Prince’s Trust reception at The Savoy, London tonight. Over the past 13 years, the annual fundraiser has encouraged donors to help disadvantaged young people

His royal cheekiness! The day Prince Charles met the Spice Girls including THAT ‘bottom pinch’

Geri Halliwell, aka Ginger Spice, made headlines around the world when she reportedly pinched the Prince of Wales’ bottom in May 1997.

The following year, after Geri sensationally quit the group, Charles wrote to her expressing his sadness at her departure: ‘The group will not be the same without you.”

‘What will I do without your wonderfully friendly greeting?’ 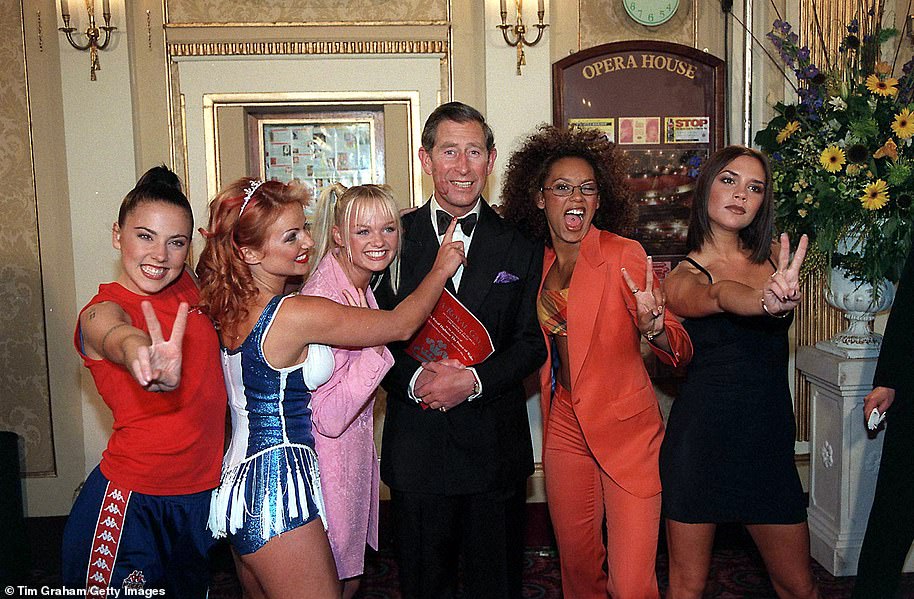 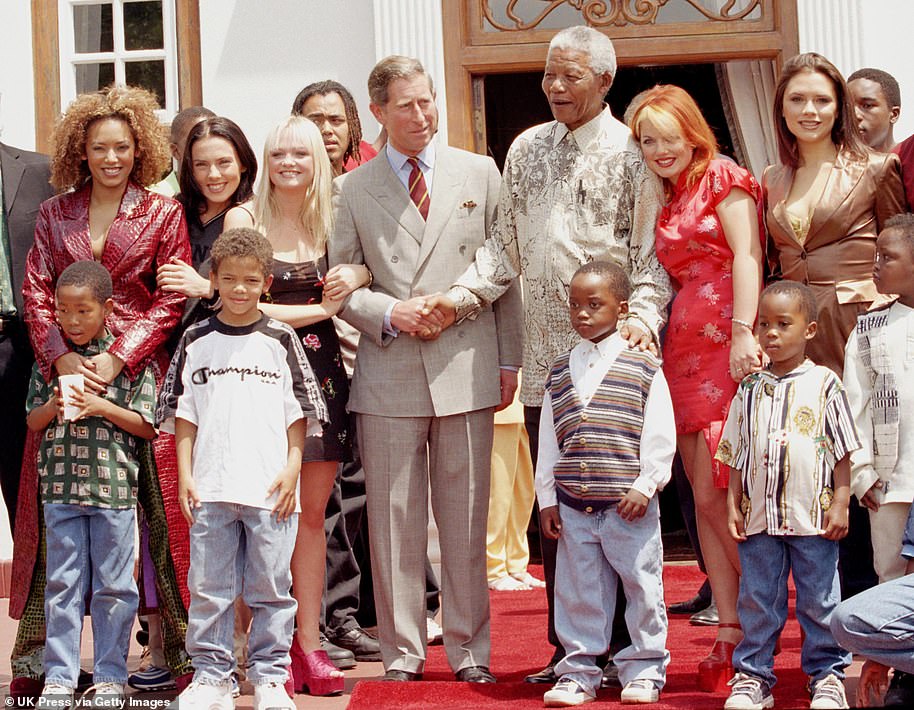 The Prince of Wales met the Spice Girls again in November 1997 when he travelled to South Africa to meet with Nelson Mandela. Mandela called it ‘one of the greatest moments in my life’

But more than 20 years later Geri insisted the reality was quite different, saying in a 2016 interview: ‘I didn’t pinch Prince Charles’s bum, as was reported. I patted it.

‘Patting him on the bottom was against royal protocol but we’re all human. It was the premiere of our film, Spice World, in the late Nineties. There was a lot of nervous energy – young women, happy antics.’