Prince Harry and Meghan Markle’s Frogmore deal revealed: Duke and Duchess of Sussex began paying back £2.4m for cottage renovations after Prince Charles agreed to foot the bill for their security in US

The Duke and Duchess of Sussex could afford to start paying off their £2.4million bill for Frogmore Cottage only after Prince Charles agreed to foot their astronomical security costs in the US.

Harry and Meghan pledged to reimburse taxpayers for renovating their briefly lived-in Windsor home, which they have insisted on keeping as a British base despite their move to Los Angeles, as part of their deal to quit as working royals.

But they were left apparently cash-strapped after being unexpectedly stripped of their Metropolitan Police security team following their decision to relocate to North America earlier this year, says a source.

Harry, in particular, had believed ‘up until the very last minute’ that he would be allowed to keep them because of his position in the order of succession and the threat to him as a former frontline Army officer.

The Duke and Duchess of Sussex could afford to start paying off their £2.4million bill for Frogmore Cottage only after Prince Charles agreed to foot their astronomical security costs in the US

But the issue became a political football after the authorities in Canada, where they were living at the time, made clear they would no longer support Britain in providing round-the-clock protection after the couple stood down as working royals.

The Sussexes’ decision to flee to LA, which made the situation even more complicated and costly, saw the Home Secretary step in, forcing them to back down.

That meant hiring private security guards at an estimated cost of up to £4million a year, which had not been budgeted for by the couple.

As a result, they had to ask Prince Charles to bear the cost of their security if they were to have any chance of clearing their Frogmore debt.

The couple are already being heavily funded by the future king for the first year of their new life until they start earning their own income.

Recently it was reported that the couple began paying back the money spent on Frogmore in April. They gave up their Met Police protection around the same time. 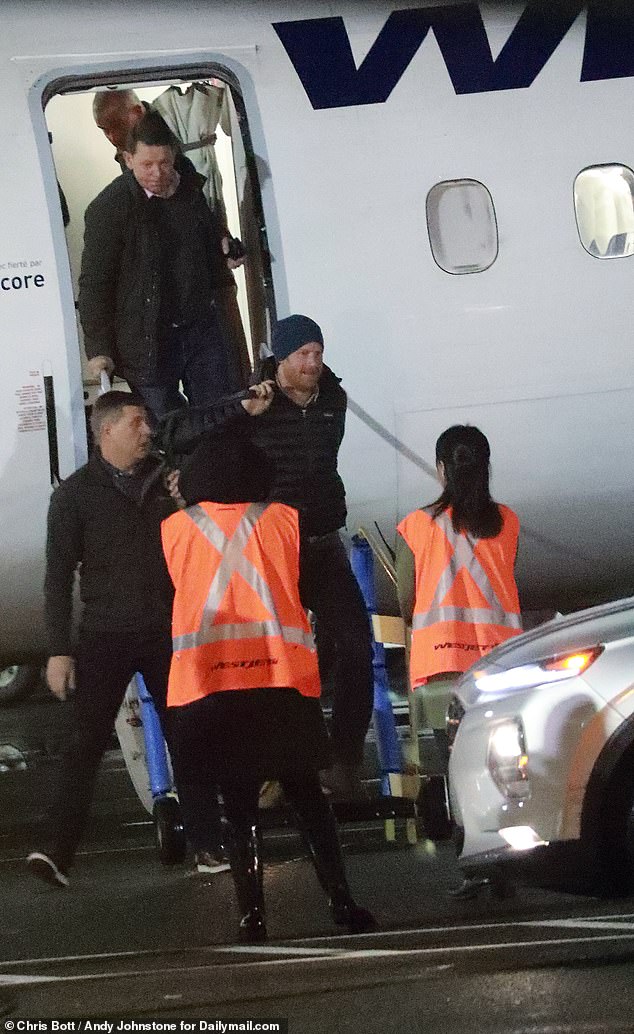 The Sussexes are said to be paying monthly instalments of almost £18,000 – a combination of rent for the property and an unspecified payment towards the building costs.

Shedding light on the deal, a source told the Daily Mail: ‘They had fully expected that British taxpayers would continue to foot the bill for their protection but then the rug was pulled from under their feet and they had to ask Prince Charles to step in. That’s the reason why they are now able to start paying back the Queen and the Crown Estate, who met the cost of the building work out of public funds.’

The source also claimed the couple’s final bills soared because they included costly designs for work that wasn’t even carried out.

‘One of the biggest costs at Frogmore was that they flew in a designer from the US to design the garden,’ the source revealed. ‘Meghan also wanted a tennis court. There are already tennis courts nearby in Home Park. But it would have meant them coming out of the garden and being seen, which she didn’t like.’

A source who knows the couple well said: ‘They felt that Frogmore and the money spent on it was no different from any other arrangement involving the main home of a member of the Royal Family.

‘But because it was Harry and Meghan, it was always being used as a stick to beat them with. Paying back the money was one of the first decisions they took. They knew that if they did, no one would have the right to do that any more.’