Most of us would avoid inviting any old lovers to our wedding but Prince Harry was brave enough to invite two to his.

However, it seems that his nuptials bought back some old feelings for ex-girlfriend Chelsy Davy who is said to have had an ’emotional’ phone call with the prince ahead of the nuptials on Saturday.

According to Vanity Fair the 32-year-old got in touch with her ex after discovering that she had received an invite to the ceremony but not the reception at Frogmore House, and the conversation acted as closure for the former couple.

A family friend told the VF: ‘It was their final call, a parting call in which they both acknowledged Harry was moving on.

‘Chelsy was quite emotional about it all, she was in tears and almost didn’t go to the wedding.

‘In the end, she went and promised Harry she wouldn’t try and gatecrash the party.’

The 32-year-old, who dated the prince from 2003 to 2010, attended the ceremony of Meghan Markle’s wedding to Prince Harry on Saturday. 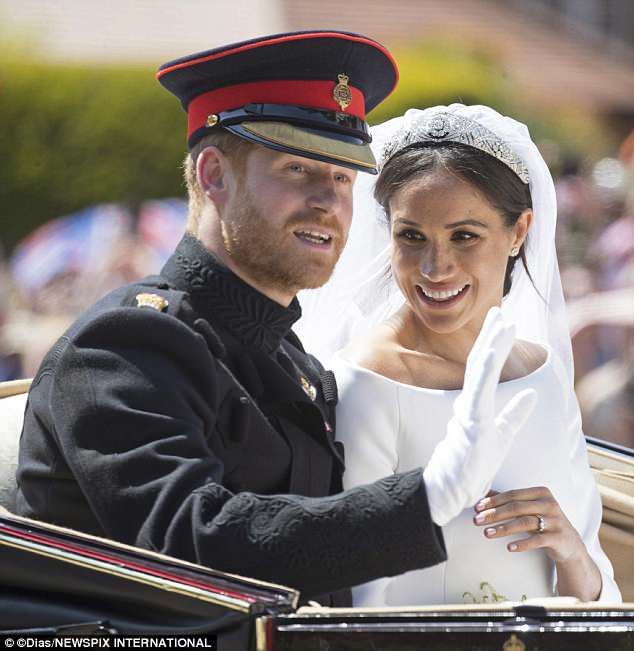 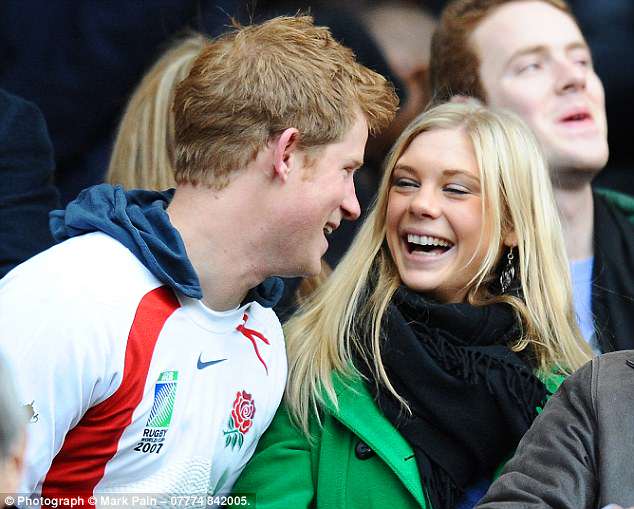 She is reported to have arrived with fellow ex-girlfriend Cressida Bonas, with the pair spotted chatting together ahead of the ceremony.

Many social media users were quick to point out the jewellery designer’s more somber face during the service.

While many joked that her pensive face screamed ‘it should have been me’, others admitted that they could relate to her. 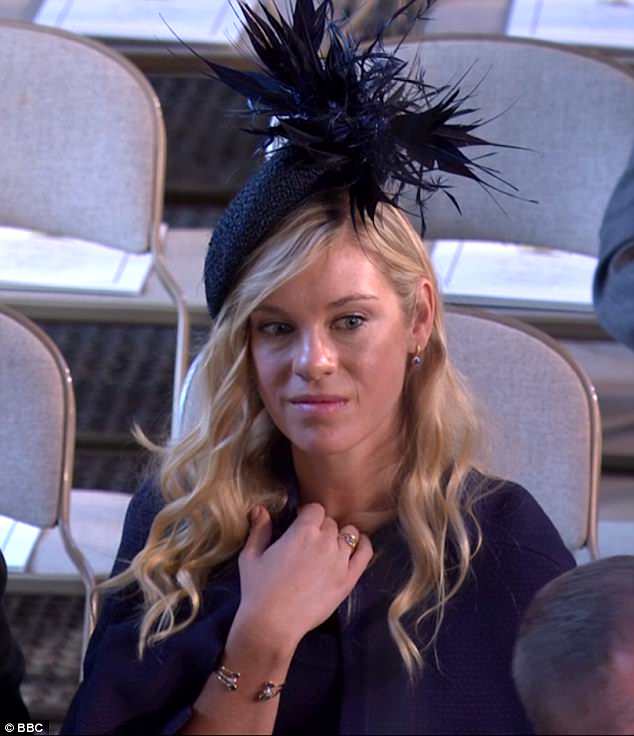 Many commented that Chelsy appeared uncomfortable during the service, admitting they could relate to her behaviour

The history of Chelsy Davy’s relationship with Prince Harry

Prince Harry and Chelsy Davy were together for the best part of seven years, between 2003 and 2010.

After first meeting while she was a teenager at Cheltenham and then getting together during Harry’s gap year in Cape Town, Zimbabwe-born Chelsy returned to the UK to study in Leeds and be closer to the young royal.

The 32-year-old businesswoman has previously lifted the lid on why she and Harry split, calling the intense media interest ‘scary’ and ‘comfortable’.

Despite going on to establish a highly prized career at solicitor’s firm Allen & Overy, she was branded ‘a party girl’ by the media for her love of socialising.

She concedes she did nothing to correct the image and admits to ‘going out and partying a lot’.

When the couple split in 2010, she says she retreated once again to her native Zimbabwem unable to handle the break-up headlines.

However, she was invited to the Duke and Duchess of Cambridge’s wedding in 2011.

In an interview in 2016, Chelsy said she believes that she and Harry ‘will always be friends’.

She told the MailOnline:  ‘When she arrived, everyone else was chatting and laughing, but she sat in the pews just looking to one side – gazing reflectively into space and biting her lips slightly.

‘She was doing that at the end as well. It was almost the soap opera part of the ceremony.’

Chelsy and Harry have stayed amicable since breaking up in 2010 after a seven-year romance. In 2011 they went to Prince William’s wedding together.

Harry’s invitation to his exes will be seen by many as a sign of his maturity.

The Prince, 33, enjoyed a tumultuous seven-year romance with law graduate Chelsy, 32, while his relationship with actress Cressida, 29, who was introduced to him by Princess Eugenie, foundered after two years.