Prince Harry knows all too well the pain of losing a loved one having suffered the death of his mother when he was just 12 years old.

And now he and his wife, Meghan, are determined to stop others suffering bereavements by tackling the growing scourge of knife crime.

I can reveal that the Duke of Sussex attended a private meeting this week with those affected by youth violence.

‘The Duke and Duchess want to do all they can to help tackle violence among young people, particularly gang-related crime,’ a royal source tells me.

The Duke and Duchess of Sussex are trying to use their influence to stop gang-related crime, a source said. Pictured: The air at the Royal Variety Performance

‘They know it’s a growing problem. The meeting was just one of a series of initiatives he and Meghan will be undertaking.’

While Meghan was meeting survivors of the Grenfell Tower disaster on Wednesday, Harry held a ‘round table discussion’ with young people from MAC UK.

It’s an organisation based in the East End of London that tries to engage with youths who’ve been sucked into gangs or become mired in anti-social activity.

Harry is proving as good as his word because he announced in the summer that he planned to target the cause of deadly knife crime.

‘At the end of last year, knife crime skyrocketed,’ he said. ‘But [it] is a symptom of a cause. So therefore go and speak to the young people.’

He is using the Royal Foundation, which he heads with Meghan and the Duke and Duchess of Cambridge, to run a project where young people will give their views on the root causes.

A Kensington Palace spokesman declines to comment on the ‘private’ meeting, but a source tells me: ‘It was held so that funders of MAC UK could hear directly from young people about what they think the solutions to youth violence are.’

Twinkly TV presenter Christine Bleakley gave birth to her first child — Patricia — with former England footballer Frank Lampard two months ago, but there is at least one person who still hasn’t met their baby.

Spanish model Elen Rivas, who has two daughters with ex-fiance Lampard, now the Derby County manager, tells me: ‘I haven’t — I’m not allowed past the door.’

Speaking at a VIP preview of Winter Wonderland in London’s Hyde Park, Elen (pictured) adds: ‘I’m the demon.’ Surely not? 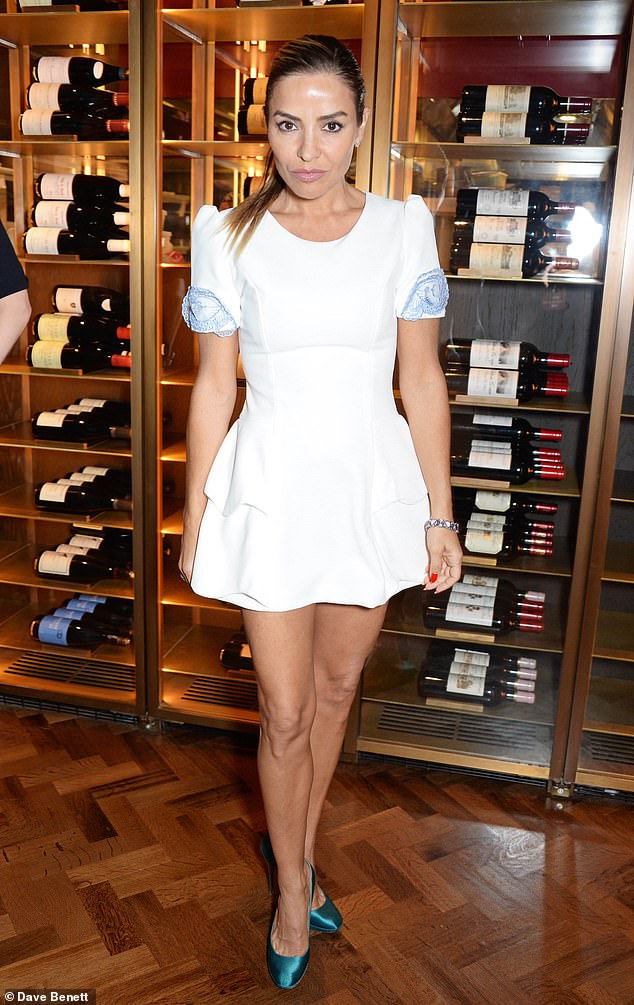 And now veteran actress Susan Hampshire has revealed she rejected the chance to take part because her experience would give her an unfair advantage.

‘I was asked to do Strictly and I turned it down,’ the 81-year-old tells me.

‘I did train as a dancer, so I didn’t think it would be fair because the show used to be about people learning to dance from scratch.’

Prince Charles was one of the first to call the widow of his friend David Rattray after the eminent historian was shot dead during an attempted robbery at their 5,000-acre estate in South Africa.

So the heir to the throne will be delighted to learn that Nicky Rattray has found love again.

‘Micko was staying as a guest — and I suppose you could say I stopped him in his tracks, as he was driving to Europe. It was very romantic.’

She married Micko, who was also widowed, earlier this year at the lodge, which she runs with two of her three sons. ‘There was never any question of me leaving despite what happened,’ she says. ‘The whole lodge is a memory to David.’

Immortalised by J. M. W. Turner, and containing a priceless collection of his paintings, Petworth House is one of our finest stately homes.

And now the 700-acre West Sussex property is to benefit from an injection of Latin American spice as its next chatelaine is due to be a firecracker from Chile.

‘We’ll probably have two weddings next summer — one in Petworth and one in Chile,’ George tells me. ‘I had the engagement ring designed with Chilean lapis with six diamonds around it.’ 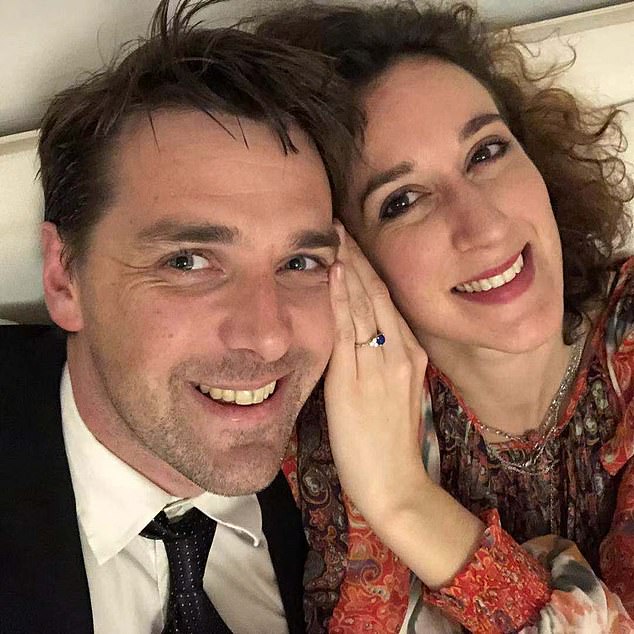 The globe-trotting couple lived in Shanghai, where they ran an events company known for organising ‘cabaret-themed revelries and all-around debauchery’, and George played harmonica in a folk group. They now live in London, where he works in PR.

His fiancee is a great art lover and feels at home at 17th century Petworth. Cruz tells me: ‘When I came to visit Petworth it felt so natural to be there and his parents were so nice. They opened their arms to me.’

George’s grandfather handed much of the house’s contents over to the state in 1947 in lieu of inheritance tax, on condition the family remained. It’s now managed by the National Trust.

George’s father, author and historian Max Egremont who worked tirelessly for Friends of the National Libraries for 30 years, has said: ‘It saved the place for ever and means the things that were collected for the house will stay in the house. I don’t regret it at all.