Prince Harry ‘is constantly anxious that he will lose Meghan like he lost Diana’,says royal expert

Prince Harry should ‘back away from being a woke lecturing celebrity’ because his life sounds ‘too much for him’, a royal expert warned today.

Royal biographer Angela Levin said it was ‘dreadful’ if the Duke of Sussex thinks his wife Meghan Markle will die like his mother Princess Diana and ‘blames racism’.

Speaking after Harry’s new mental health documentary series with Oprah Winfrey was released by Apple TV last Friday, the author of 2018 book ‘Harry: Conversations with the Prince’ added that she ‘can’t get rid of Meghan’s threat to commit suicide’.

In the show, he admitted he turned to drink and drugs as he dealt with the trauma of his mother’s death later in life. Harry also said he used alcohol to ‘mask’ his emotions and spoke about his therapy and Meghan’s struggles with suicidal thoughts.

Reacting to the programme, Ms Levin tweeted this morning: ‘How dreadful if Harry constantly thinks that he will lose Meghan like he did Diana and blames racism.

‘Plus can’t get rid of M’s threat to commit suicide. His life sounds too much for him and he should back away from being a woke lecturing celebrity.’

During the documentary, the Duke once again lambasted the parenting skills of the Prince of Wales, criticising his father for expecting his sons to endure the pressures of royal life, just as Charles has done, instead of protecting them.

Harry criticised his family, accusing them of ‘total neglect’ when his wife Meghan was feeling suicidal amid harassment on social media.

And he laid bare his battles with panic attacks and severe anxiety, saying ‘so 28 to probably 32 was a nightmare time in my life’.

Harry also claimed his late mother was hounded in part because she was dating half-Egyptian Dodi Fayed. 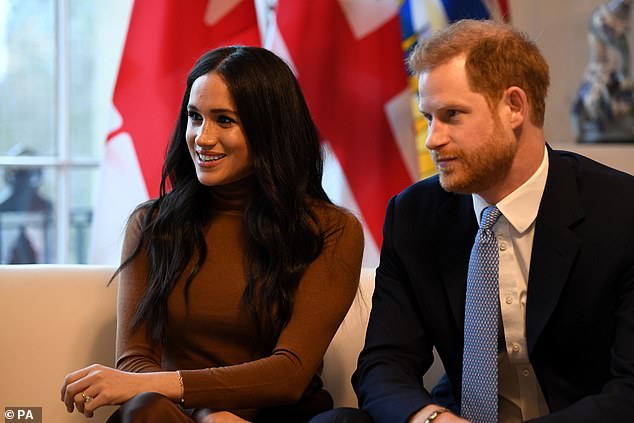 The Duke and Duchess of Sussex during a visit to Canada House in London on January 7, 2020

Asked by Oprah if he had any regrets, Harry also said he wished that he had taken a stronger stance on ‘the racism’ aimed at Meghan early in their relationship.

‘By this point, both of us were in shock,’ he said. ‘My mother was chased to her death while she was in a relationship with someone that wasn’t white.

‘And now look at what’s happened. And it all comes back to the same people, the same business model, the same industry.’

Asked whether he had regrets, he replied: ‘My biggest regret is not making more of a stance. Calling out racism when I did. History was repeating itself.’

Harry claimed that it was only him and their unborn child that kept Meghan going, after she told him about her suicidal thoughts and the practicalities of how she was going to end her life. 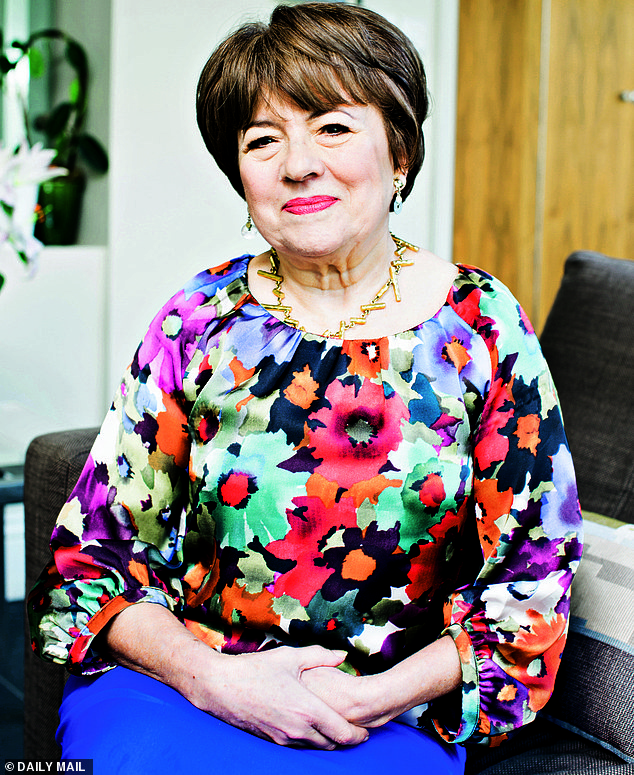 Royal author Angela Levin, who wrote the 2018 book Harry: Conversations with the Prince

He said: ‘The thing that stopped her from seeing it through was how unfair it would be on me after everything that had happened to my mum and to now be put in a position of losing another woman in my life, with a baby inside of her, our baby.’

He said he was ‘somewhat ashamed’ of the way he dealt with it, suggesting that rather than prioritising their official duties they should have pulled out. But at the time, Harry said, that was not an option, because of ‘the system’.

Harry said that after marrying Meghan his attempts to get help from his family, following online trolling which was pushing her to the brink, were ignored.

He said: ‘Every single ask, request, warning, whatever it is, to stop just got met with total silence or total neglect.’

Harry added: ‘We spent four years trying to make it work. We did everything that we possibly could to stay there and carry on doing the role and doing the job.’

He said he did not go to his family when Meghan felt suicidal because he was ashamed the situation had got ‘that bad’ and also suspected the royals would not have been able to help.

The duke said: ‘That was one of the biggest reasons to leave, feeling trapped and feeling controlled through fear, both by the media and by the system itself which never encouraged the talking about this kind of trauma. Certainly now I will never be bullied into silence.’

Harry was also shown taking part in an eye movement desensitisation and reprocessing therapy session with a trained professional.

He said: ‘Therapy has equipped me to be able to take on anything – that’s why I’m here now, that’s why my wife is here now.’ 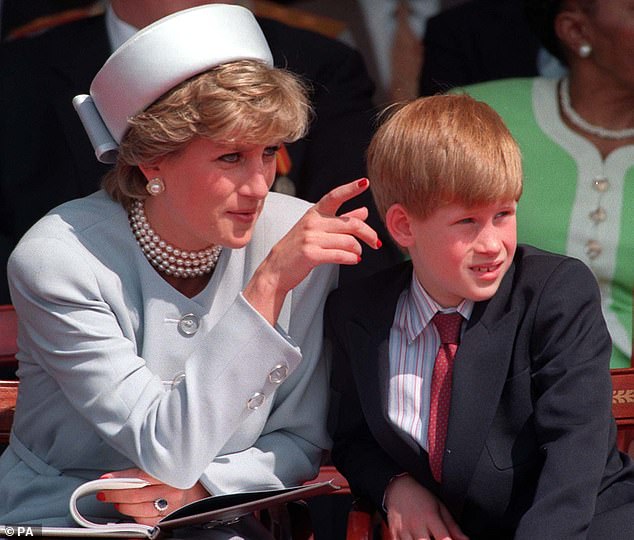 Diana with her son Prince Harry in May 1995. She died in Paris two years later in August 1997

His comments will no doubt have increased the much publicised tensions within the royal family following Harry and Meghan’s bombshell interview with Oprah in March.

In that programme the Sussexes first accused the royal family of not supporting them, claimed royal aides declined to help Meghan when she was troubled with suicidal thoughts and said a relative had made a racist comment about their son’s skin colour.

Hours before the new show aired, Harry joined his brother the Duke of Cambridge in criticising the BBC following an inquiry which found the broadcaster covered up ‘deceitful behaviour’ used by journalist Martin Bashir to secure his headline-making 1995 interview with their mother.

The series comes after Harry appeared to suggest his father and grandparents, the Queen and the Duke of Edinburgh, had all failed as parents during a podcast interview broadcast earlier in May.