The Duke of Sussex, 34, delivered a short speech to a packed crowd at the Kia Oval before watching England take on South Africa in the opening match.

But just minutes into the tie England – who are favourites to win the tournament – suffered an early blow when they lost a wicket in the second ball.

The Duke of Sussex, 34, delivered a short speech to a packed crowd at the Kia Oval before watching England take on South Africa in the opening match of the Cricket World Cup 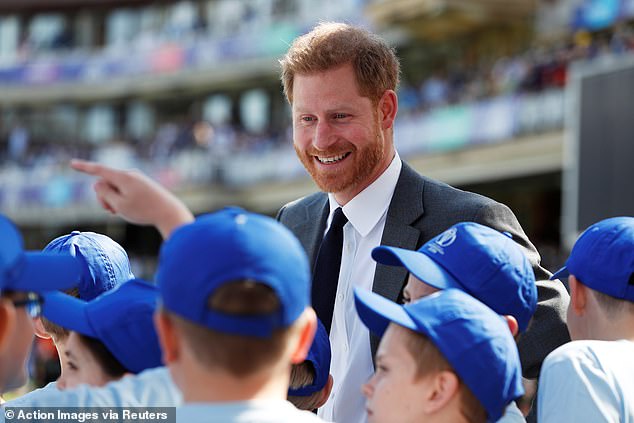 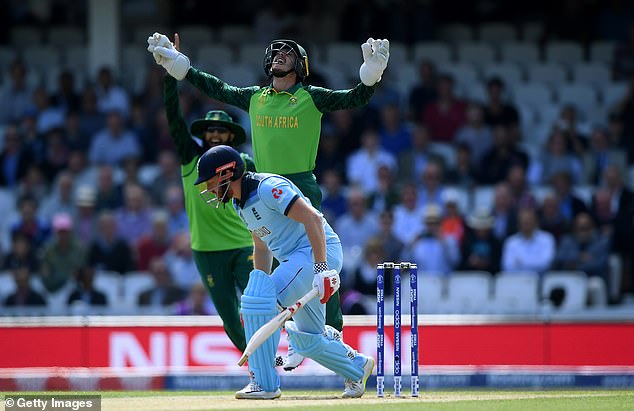 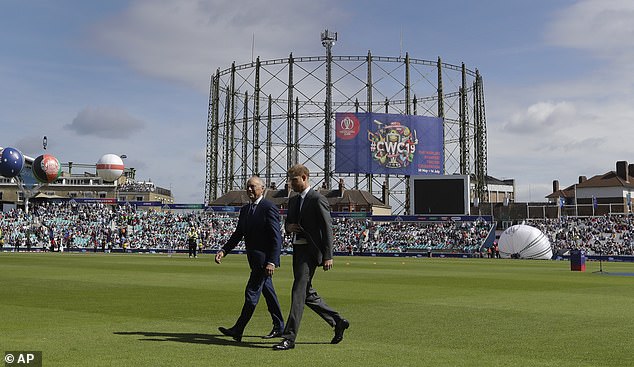 New father Prince Harry walks across the field during the opening ceremony of the Cricket World Cup. The royal, a keen sports fan, delivered a speech wishing all the teams good luck 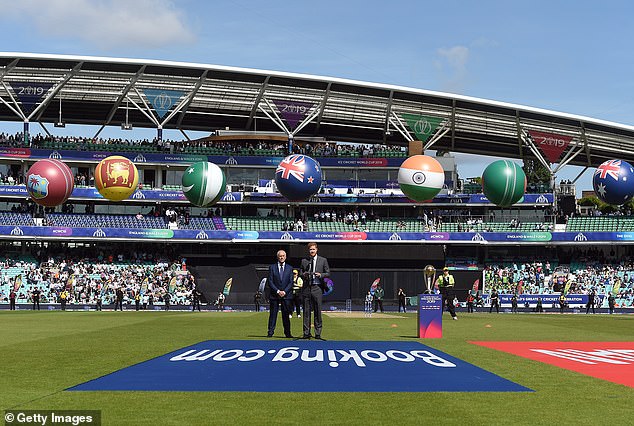 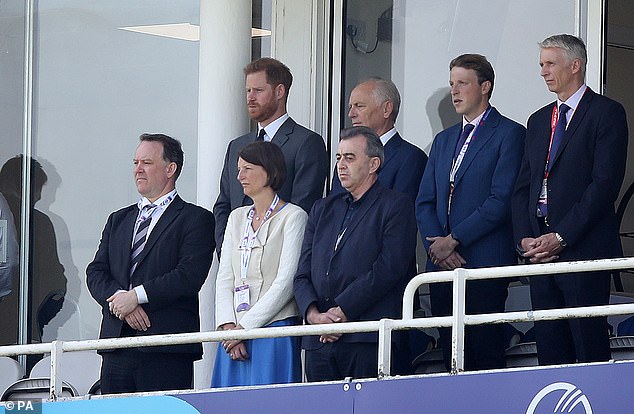 Ahead of his appearance Prince Harry met youngsters and flag bearers who were chosen to take part in the short opening ceremony.

He spent time chatting and joking with group before making his way out to deliver his speech from a podium next to the trophy.

The royal told fans he was ‘delighted’ the tournament had returned to the UK and wished good luck to all 10 teams competing.

He continued: ‘Thanks to the UK’s cultural diversity, will feel as though they are competing in front of a home crowd every time they take to the field.

‘Cities across England and Wales will come alive over the next six weeks as World Cup fever sweeps the nation once more. 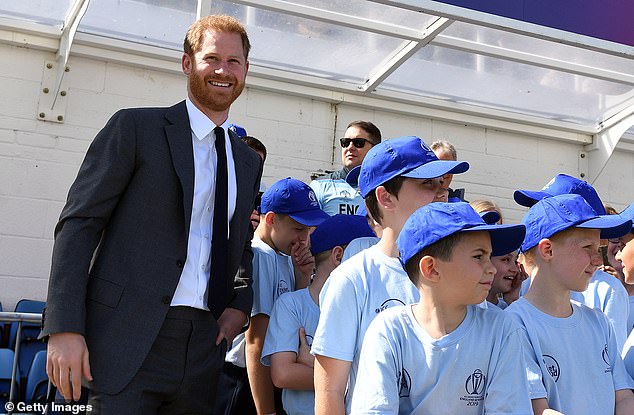 The prince, who welcomed son Archie this month, appeared in excellent spirits as he spent time with schoolchildren ahead of the match between England and South Africa 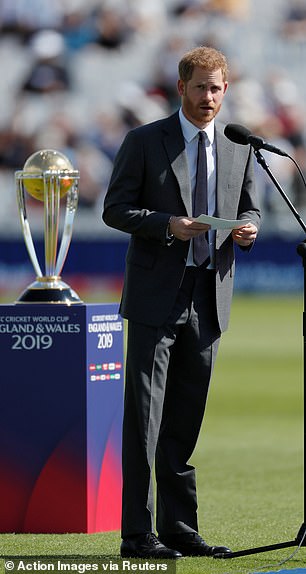 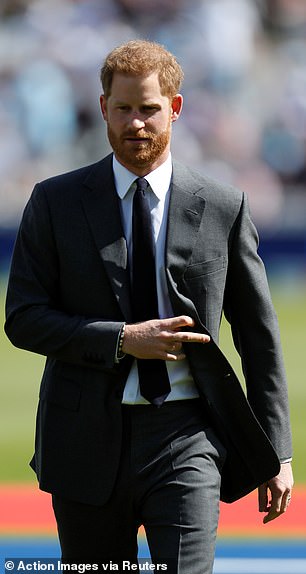 In his speech (left), the royal told fans he was ‘delighted’ the tournament had returned to the UK and wished good luck to the 10 teams competing. Right, Harry at the Oval today 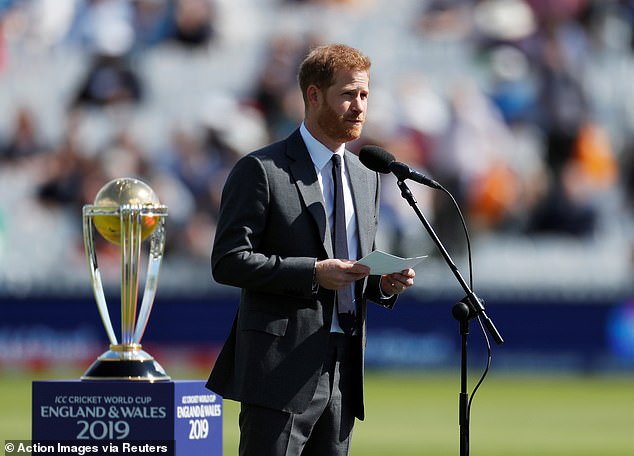 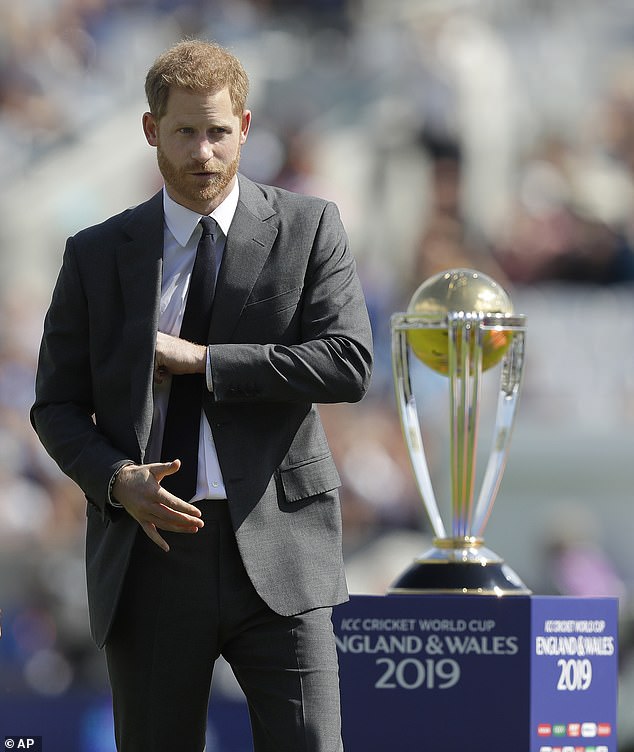 Prince Harry delivered his speech from the centre of the field next to the trophy, pictured

‘I’m sure the players will show their appreciation with some fantastic performances and great sportsmanship.’

He added: ‘Here’s to a brilliant six weeks of sport and trust me, you won’t want to miss any of it.’

The royal, a keen sports fan, is staying to watch part of the match between England and South Africa.

The next match will be played tomorrow between Pakistan and the West Indes at Trent Bridge, Nottingham. 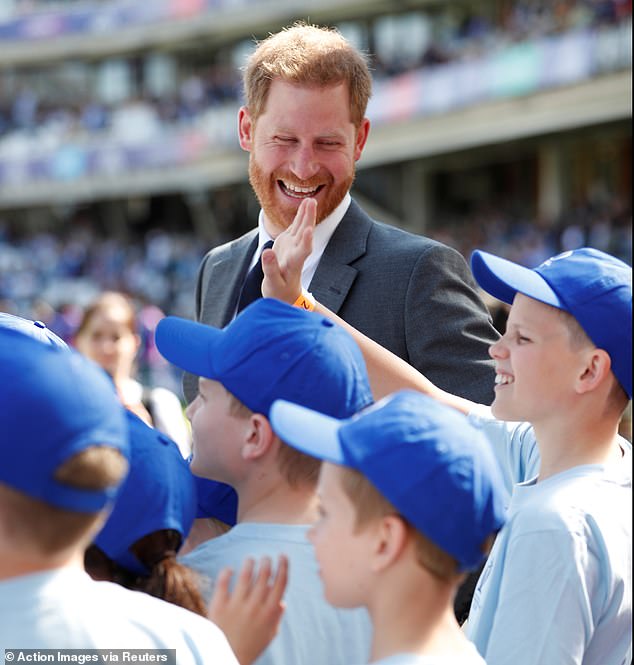 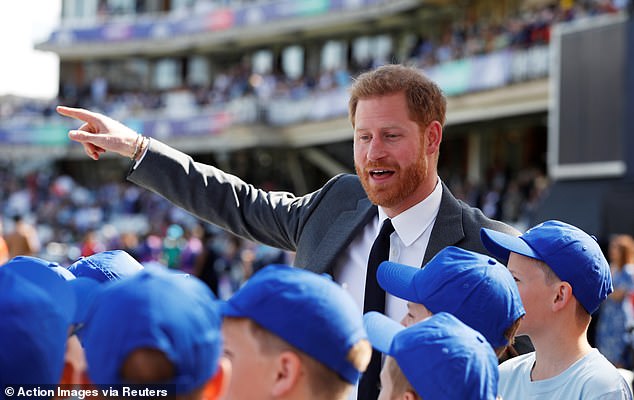 The royal, who is father to baby Archie, had fun chatting to schoolchildren before the match

The duke could not resist stoking the rivalry between England and Australia ahead of the tournament on Wednesday when the team captains met at Buckingham Palace.

Harry jokingly needled Australia’s captain Aaron Finch asking him ‘You’re getting on a bit now, aren’t you? How long have you been playing?’ making the batsman laugh.

The Queen also met the group of world-class bowlers, batters and all-rounders who later joined a palace garden party.

Harry, who became a father for the first time earlier this month, will watch part of the match before leaving. 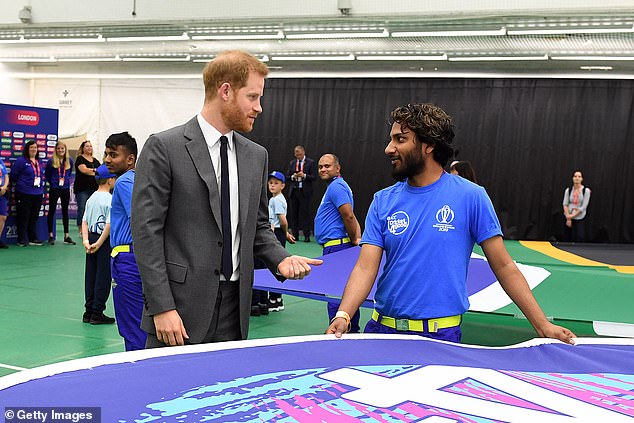 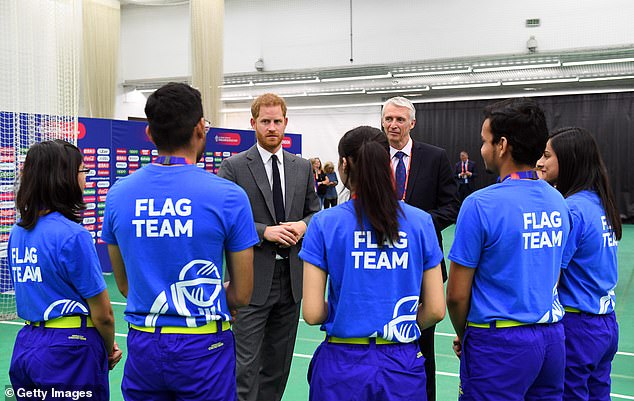 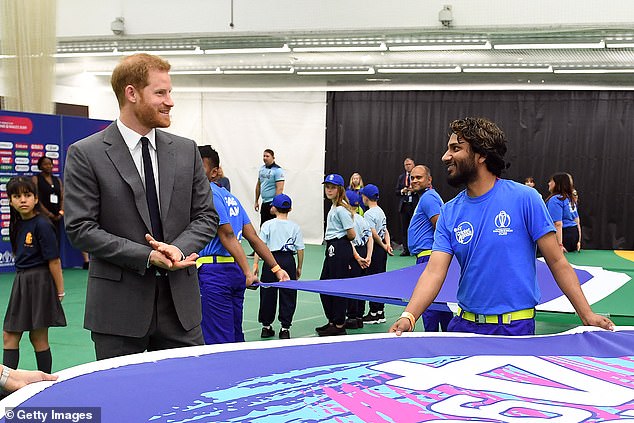 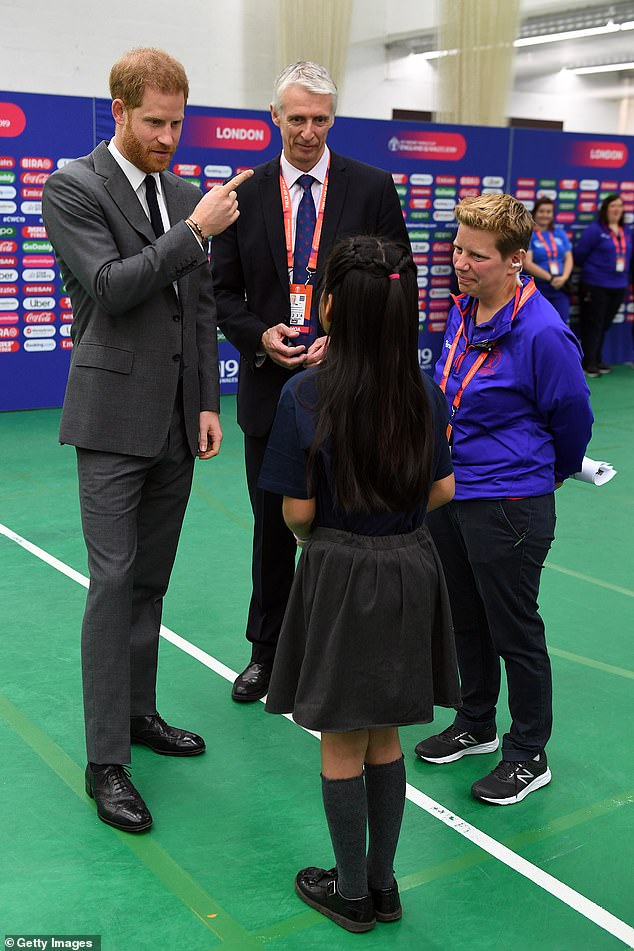 Careful to speak to as many people as possible, the royal looked engaged as he spoke to a schoolgirl