Prince Harry may have made a secret appearance on Meghan Markle’s Instagram account just weeks before the couple confirmed their relationship to the world.

A newly-resurfaced picture from the 36-year-old’s now-deleted account shows a man who looks almost identical to the royal standing with his face turned to the side, while wearing a hilarious Golden Girls-themed sweatshirt that reads, ”Dorothy on the streets, Blanche in the sheets,’ next to drawings of the characters.

At the time the image was posted Meghan and Harry, 33, had been dating for close to three months, and eagle-eyed followers of the couple have been quick to point out the similarities between the man in the photo – who is showing just the bottom half of his face – and Meghan’s husband-to-be.

Lookalike: This now-deleted photo shared by Meghan Markle on Instagram back in October 2016 features a man who looks incredibly similar to Prince Harry 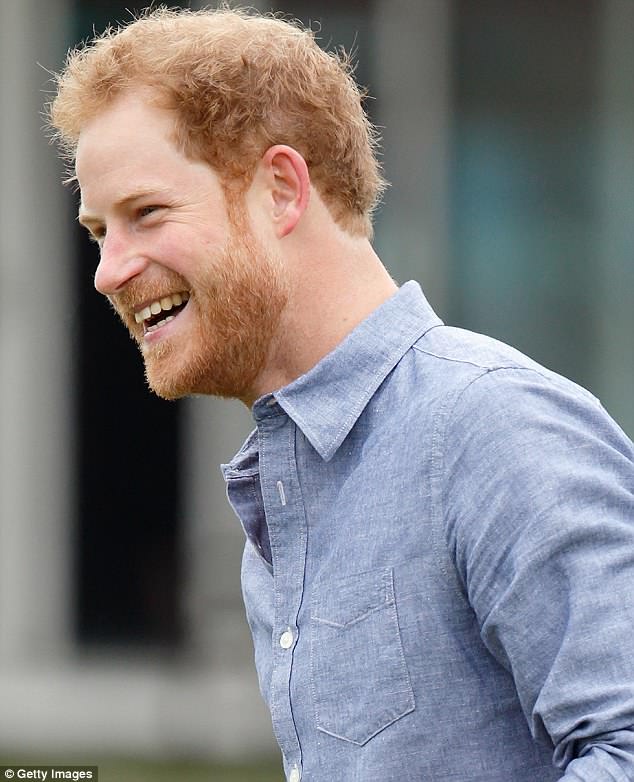 Features: The man in the Instagram photo bears a strong resemblance to Harry and has a similar jawline, chin, smile, and teeth to the prince’s. He is pictured in October 2016 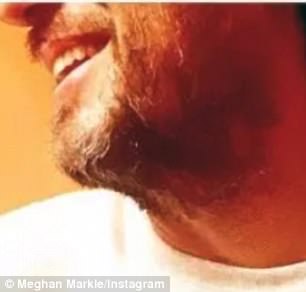 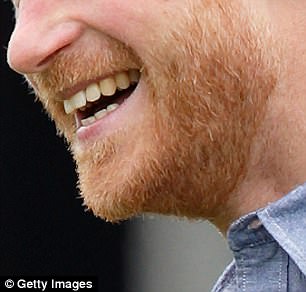 Baffling: He also sports a beard (left) similar to Harry’s facial hair at the time (right), although Harry’s beard during public appearances around that period appeared somewhat less scruffy 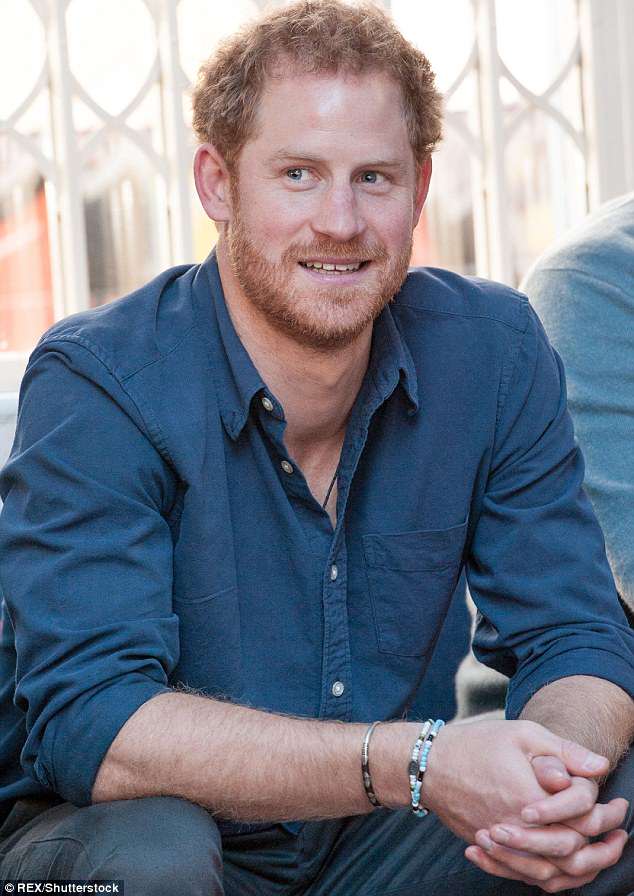 Uncanny: Other photos of Harry around the same time (he is pictured later in October 2016) also highlight his likeness to the man in the photo 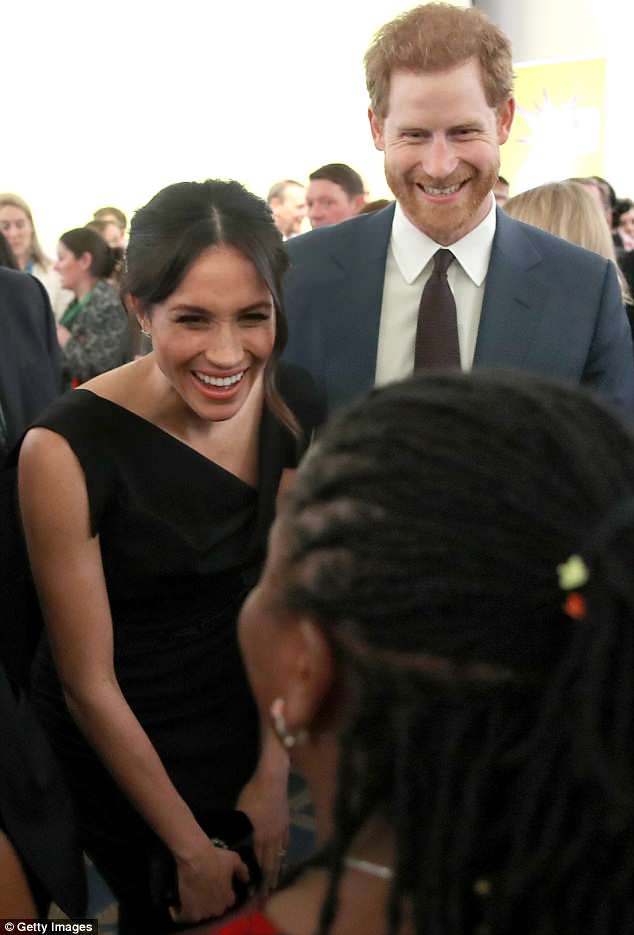 Busy: Meanwhile, Harry and Meghan attended the Women’s Empowerment reception during the Commonwealth Heads of Government Meeting in London on Thursday 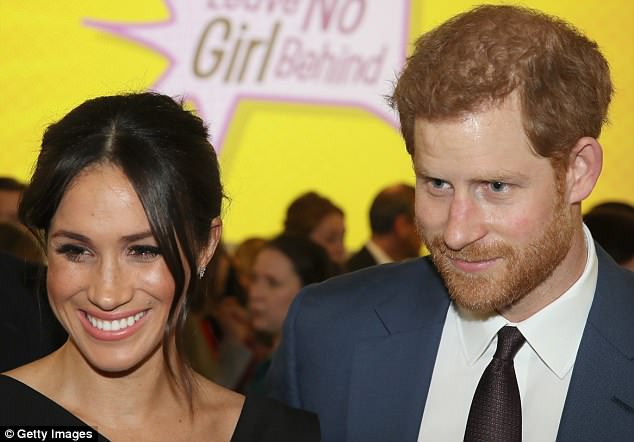 Greetings: The actress flashed a bright smile as she and Harry mingled with the crowd

The man in Meghan’s image, whose face is not entirely visible, posing in the garment with his hands on his hips and smiling.

Do you think the man in Meghan’s photo is Prince Harry?

The photo subject has the same telltale red hair as Harry, and close-up comparison images show that even his teeth and smile are almost exact matches for other similar snaps of the prince.

He has a similar jawline, chin, smile, and teeth to Harry’s.

The man also sports a beard similar to Harry’s facial hair at the time, although Harry’s beard during public appearances around that period appeared somewhat less scruffy than the hair on the Instagram snap.

Meghan deleted all of her social media accounts in January following the news of her engagement to Harry.

The photo of the man in the Golden Girls sweater re-emerged on BuzzFeed on Thursday, prompting speculation as to the identity of the mysterious Instagram model. 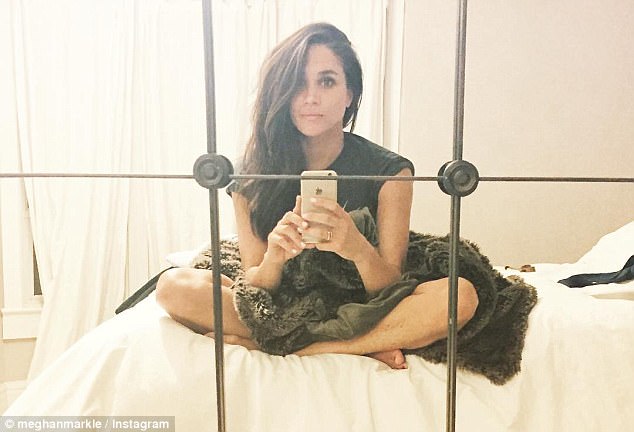 Chilling at home: Before she shut down all of her social media accounts, Meghan used to share plenty of selfies on Instagram 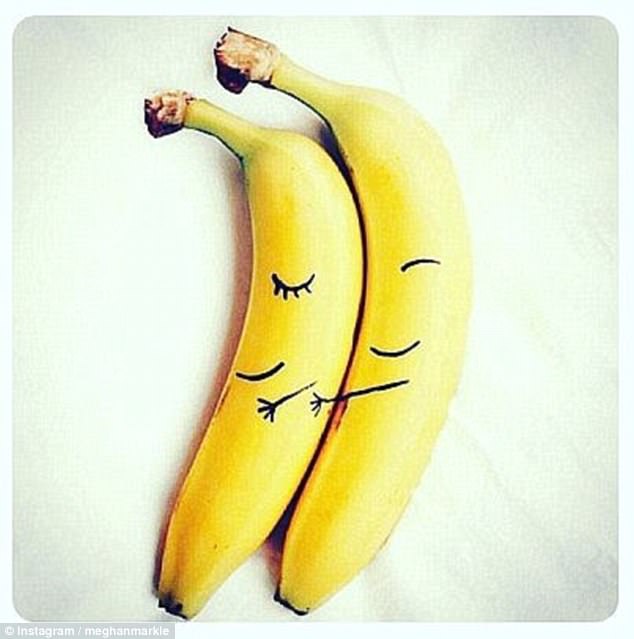 Secret message? Shortly after news of their romance broke, Meghan shared this snap with the caption ‘Sleep tight xx’, which many interpreted as a symbol of their long-distance relationship 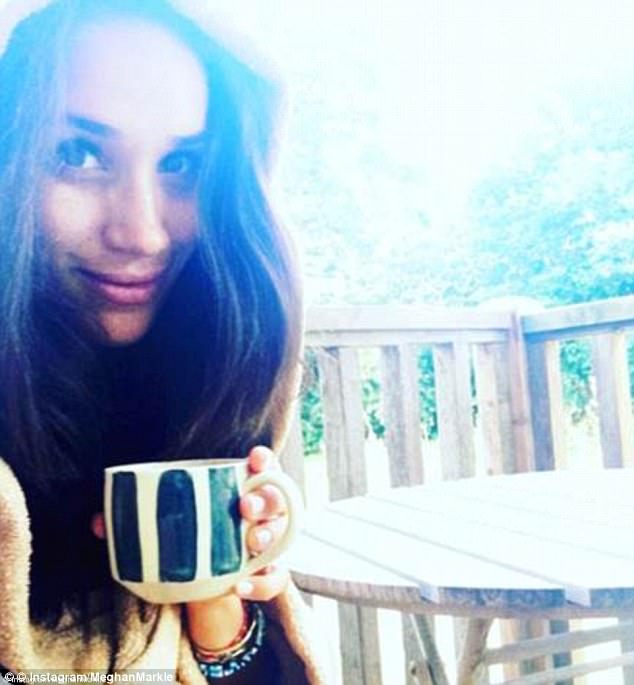 Dropping clues: The actress inadvertently dropped a hint about her rumored relationship with Harry by posting a photo in which she’s wearing a blue and white bracelet almost identical to one sported by the royal back in 2016 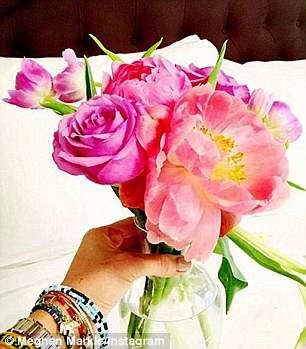 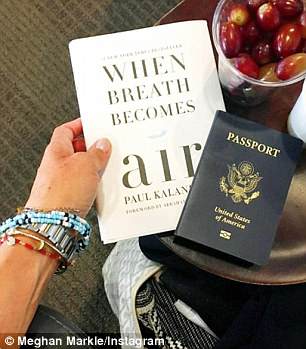 Smitten: The bracelet appeared in several of the star’s Instagram posts alluding to the pair’s blossoming relationship 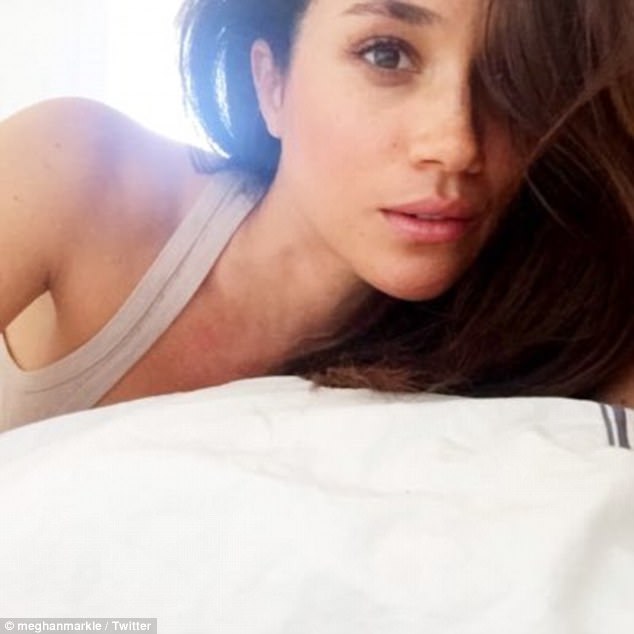 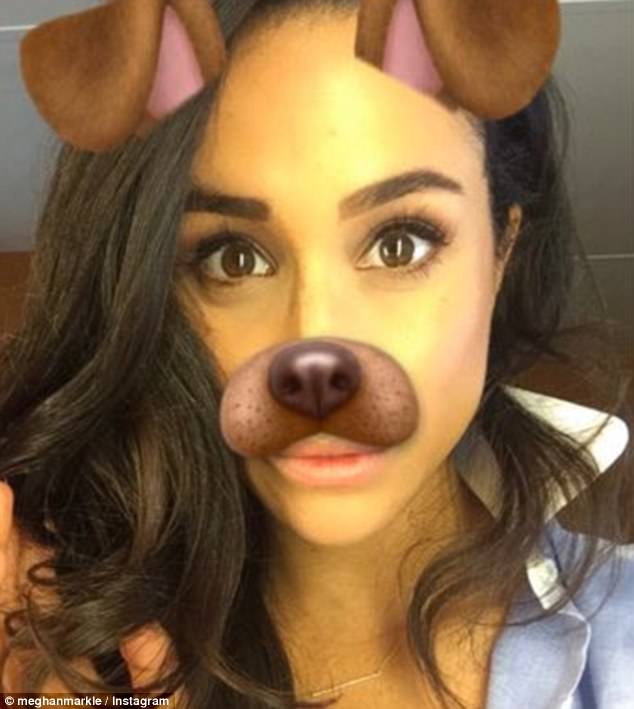 Bow wow she looks great! The actress posted this Snapchat selfie onto her Instagram in August 2016, while thanking her followers for their birthday wishes 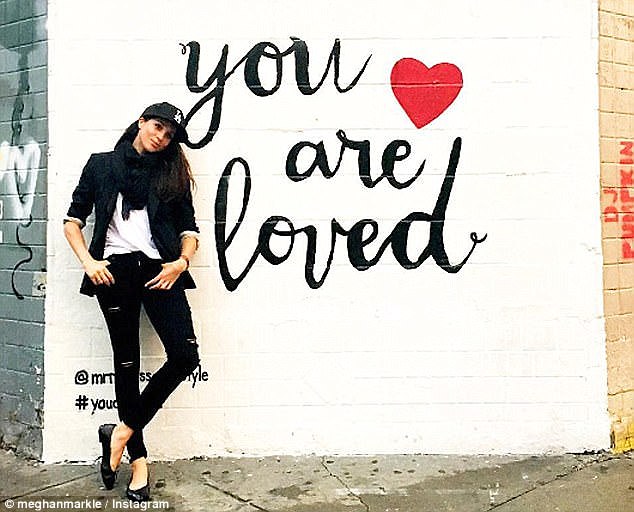 Happy as can be: In February 2017, Meghan shared her advice for singletons, re-posting a piece she had written for her website The Tig in 2015, before meeting Prince Harry

Back when she shared the snap, Meghan wrote in the caption: ‘I take full responsibility for this sweatshirt. He wears it well.’

Photos of Prince Harry taken during public engagements in October 2016 show that he did have facial hair at the time, and highlight the similarities between his face and that of the mystery man.

On one occasion, she shared a photo of two bananas that appeared to be cuddling with the caption ‘sleep tight’, which some interpreted as a nod to her long-distance relationship with the prince.

Meghan also posted photos of herself wearing a blue and white bracelet looking almost identical to one sported by the royal back in 2016.

When she first posted the picture of the man in the Golden Girls sweater, Meghan was also used to opening up on her lifestyle website The Tig, which was an important part of her online presence.

Now, with Meghan having retired from social media, updates about her life are shared through the royal family’s accounts.

She and Harry are due to tie the knot on May 19 at St George’s Chapel in Windsor Castle.