Forget Vegas, Verbier and vodka – Prince Harry will be drinking laverbread smoothies and engaging in pre-dawn ancient Celtic chanting for his stag weekend at a spiritual yurt retreat in the valleys of West Wales later this month.

Proving that he’s truly under Meghan Markle’s well-manicured and very new-age thumb, the young Royal has chosen to forgo vigorous rounds of strip billiards in favour of having his chakras realigned at an eco-hotel nestling in the foothills of the Beacons.

Fearing a repeat of his infamous 2012 Vegas incident, where Harry was photographed with a bevy of scantily clad girls at a riotous pool party, Meghan has taken the unusual step of organising his itinerary for a wild weekend… in the wilderness.

Meghan, 36, has chosen a holistic £750-a-night campsite run by her reiki-master friends Mungo Chavez and Jetsun Khandro, who have carefully erected a cluster of sustainable felt yurts in a circle of prehistoric Preseli bluestones.

The site is on an ancient ley line in a Powys valley renowned for its strong magnetic connection to the earth. Guests are offered a cleansing fusion of Druidic rituals, Ayurvedic yoga and Japanese stress relieving massages alongside a macrobiotic diet based around local ingredients including nettles and liquidised Welsh seaweed – or laverbread – scavenged from the pristine coast of Pembrokeshire. 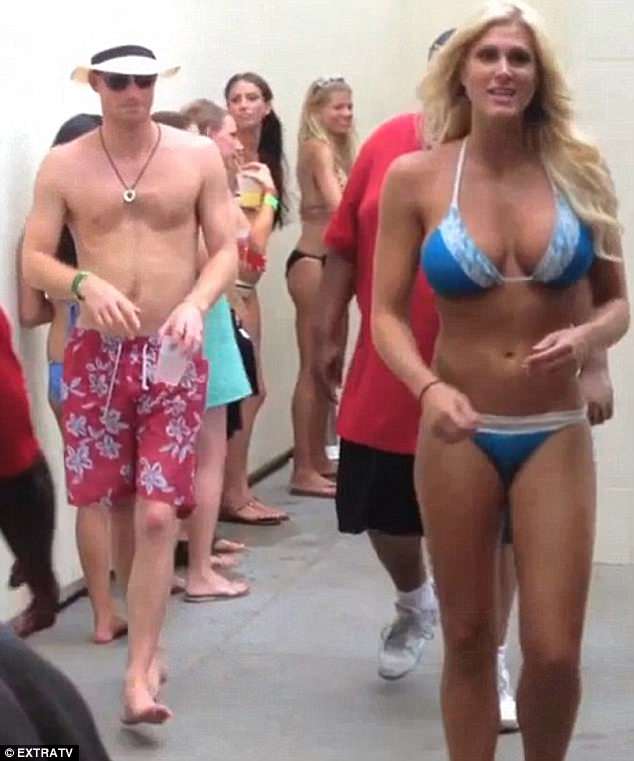 Fearing a repeat of his infamous 2012 Vegas incident, where Harry was photographed with a bevy of scantily clad girls at a riotous pool party (pictured), Meghan has taken the unusual step of organising his itinerary for a wild weekend

‘Meghan wants Harry to spend the weekend getting grounded, not inebriated,’ says a friend. ‘She thinks a weekend of meditation and chakra-cleansing in Wales will fit the bill perfectly.’ The campsite runs solely on solar energy and has no phone reception or charging points, so there’s no danger of Harry having a moment of his stag do inadvertently shared via smartphone.

Not that there will be much in the way of boozy antics to capture on camera. Harry, 33, has promised Meghan he will steer clear of Jagerbombs and will instead quench his April thirst by drinking nettle tea with his group of six male pals. Though he won’t be packing his Hawaiian swimming trunks or Nazi uniform, Meghan has at least allowed Harry to arrange fancy-dress code of sorts. Guests have been asked to bring organic white cotton shirts and white stretchy trousers for sunset yoga sessions.

But there will be a touch of regal luxury too as Meghan has arranged for her own ‘plant-based’ personal chef, Juno Bean, to join them. Vegan lunches will be prepared using wild garlic, berries and mushrooms foraged by the group.

Chakras are the seven centres of spiritual power in the human body. The cleansing practice was first introduced to Meghan by her mother Doria and has been taken up by Harry. It may all sound like a bit of laver palaver – but his friends insist Harry would be a fool not to follow Meghan’s advice. 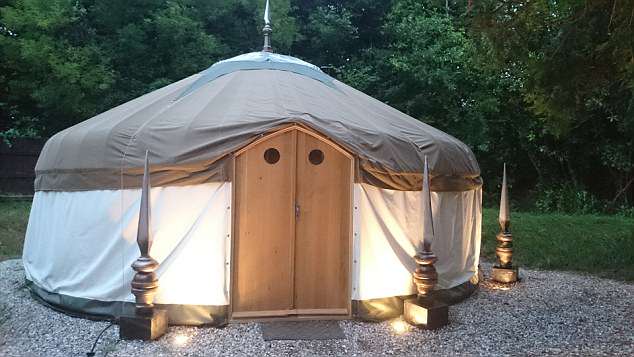