Prince Joachim of Denmark has started his job in Paris after suffering from a blood clot this summer.

The Danish royal, 51, was able to start his new position as a defense attaché at the Danish Embassy to France following his health scare in July.

The father-of-four was rushed to hospital for emergency brain surgery during a family holiday in the Chateau de Cayx in Cahors after he contracted a blood clot.

He spent most of August recuperating from the ordeal with his family, who have celebrated his return to work by sharing pictures on Instagram.

His wife Princess Marie, 44, also resumed her royal engagements and opened an exhibition on Danish Art at the Petit Palais in the French capital.

Prince Joachim of Denmark has started his job in Paris after undergoing emergency brain surgery this summer. The Danish royal, 51, was able to start his new position as a defense attaché at the Danish Embassy to France in Paris after his health scare in July

In one photograph, Joachim can be seen looking relaxed and smiling at his desk at the embassy.

Wearing a crisp white shirt and a pair of glasses hanging from his collar, the Danish royal appears to have hit the ground running as a defense attaché for Denmark.

The caption alongside the image read: ‘I am adjusting to my new job as a defense attaché and here in my office at the Danish Embassy in Paris.’

‘I feel ready for the post after finishing a demanding year of study at the Center des Hautes Etudes Militaires in June. A lot of exciting tasks lie ahead for the Armed Forces and for Denmark.’ 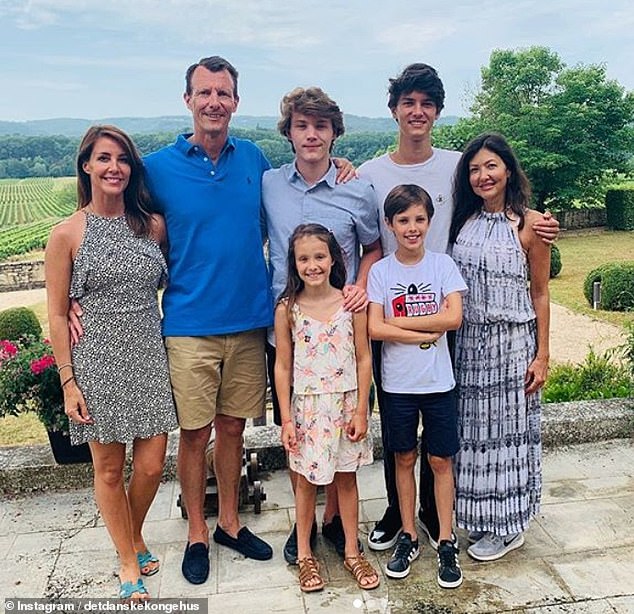 Speaking to journalists on his first day back, Joachim said he was ‘fine’ and told how he had lived through a ‘non-summer’ due to the health issues he underwent in late July – before spending most of August recuperating.

Joachim was meant to start his new job on September 1, however this was postponed due to his condition.

Earlier last week the Danish royal palace also shared a picture of Prince Joachim and his wife Marie both sporting masks while enjoying the Parisian sun.

The royal gave the Danish royal family a scare in late July when he was rushed to the Toulouse University Hospital in France, where he was immediately operated on.

A statement by the Danish royal court said at the time: ‘His Royal Highness Prince Joachim was admitted to the University Hospital of Toulouse, France, late last night.

‘The prince was operated on immediately afterwards for a blood clot in the brain and the operation was successful. The condition of His Royal Highness is stable.’

The court communicated that his doctors were confident he would suffer no effects as a result of the blood clot. 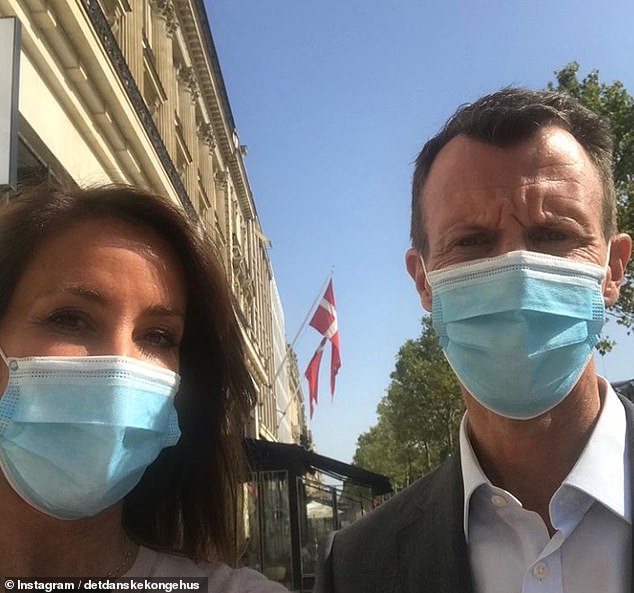 He was eventually allowed to return home to his family last week after two weeks in care.

‘Prince Joachim and Princess Marie would like to take this opportunity to thank the hospital staff involved,’ a statement from the royal family read at the time.

Lene Balleby, a spokeswoman for the royal household, said: ‘The blood clot in the brain was due to a sudden dissection of an artery, and the hospital’s medical team assesses that the risk of recurrence is very small when the artery has healed.’

‘The Royal House has no further information at this point in time, but it is the wish of Her Majesty The Queen that the public respects the privacy of the family during the hospitalisation.’

The sudden medical emergency struck as the Prince was vacationing with his wife and their four children. They had just celebrated the 18th birthday of his second eldest son Prince Felix, who hit the milestone on July 22. 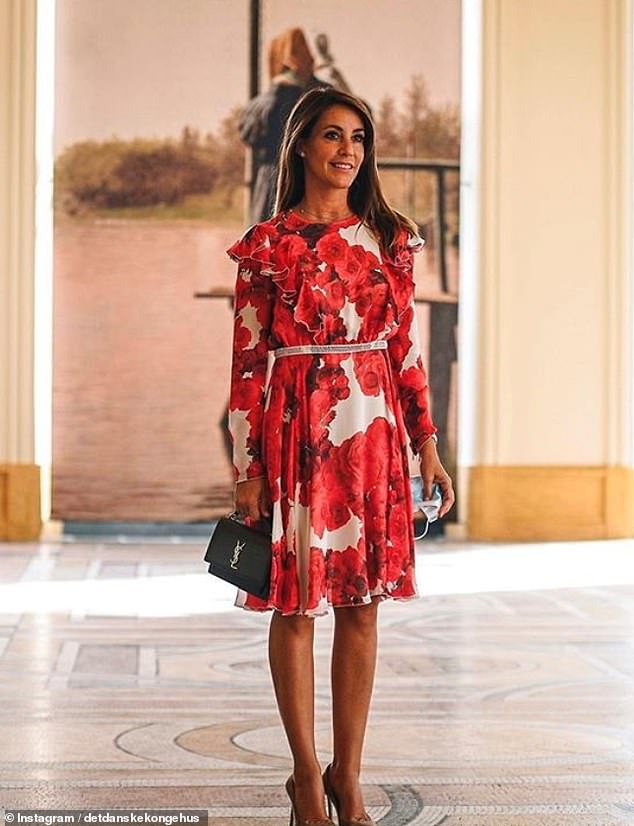 Joachim had marked the event alongside the teenager’s mother and his ex-wife, Alexandra, Countess of Frederiksborg.

The parents were joined by their eldest son Prince Nikolai, 20, and Joachim’s current wife Princess Marie and their two children Prince Henrik, 11, and Princess Athena, eight.

Prince Joachim of Denmark and his ex-wife, Alexandra, Countess of Frederiksborg divorced in 2004 after 10 years together – they were Denmark’s first royal split in nearly 160 years.

The prince, who is the second son of Margrethe and Prince Consort Henrik, is sixth in line to the throne after his elder brother Crown Prince Frederik and his four children with Australian-born Crown Princess Mary.

He has since remarried Paris-born Marie Cavallier, now Princess Marie and the couple have two children together Prince Henrik, 11, and Princess Athena, eight.