Prince Philip, 99, will spend his second weekend in hospital due to infection – in what will be his longest ever stay under care of Royal doctors

The Duke of Edinburgh will spend the weekend in hospital over an infection in what has become his longest ever stay for treatment.

Buckingham Palace’s last update on Prince Philip, 99, was on Tuesday and said he was ‘comfortable’ and ‘responding’ to medical help.

His son Prince Edward has also said this week Philip was ‘a lot better’ but ‘looking forward to getting out’ with the Royal Family were keeping their ‘fingers crossed’.

The Earl of Wessex thanked well-wishers for their messages of support as it was announced on Tuesday that Philip would spend ‘several days’ more in hospital.

He was admitted to King Edward VII Hospital in London last Tuesday evening as a precautionary measure after feeling unwell, and walked into the building unaided.

A royal source said today it did not expect to make any updates on the Duke until at least next week.

This is the longest amount of time he has spent in hospital since June 2013 when he had an exploratory operation on his abdomen.

Philip’s 11th day in hospital came as his grandson Prince Harry was interviewed by James Corden on the Late Late Show in America.

The Duke of Edinburgh, pictured in July 2017, is remaining in hospital because of an infection 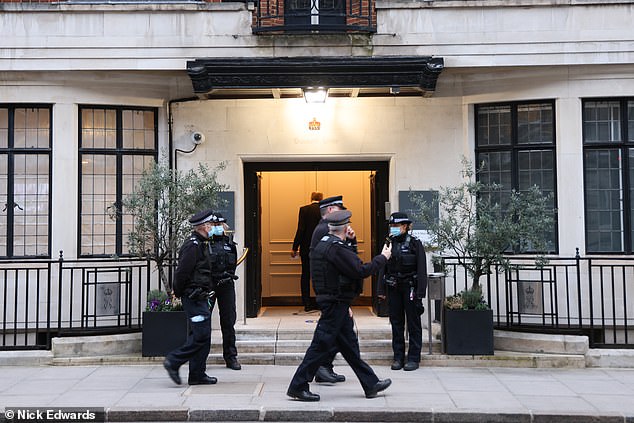 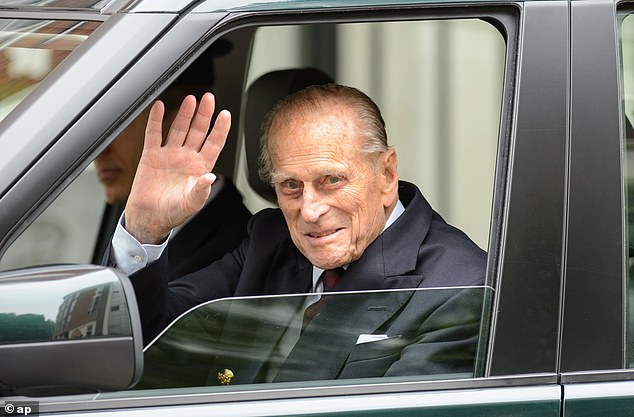 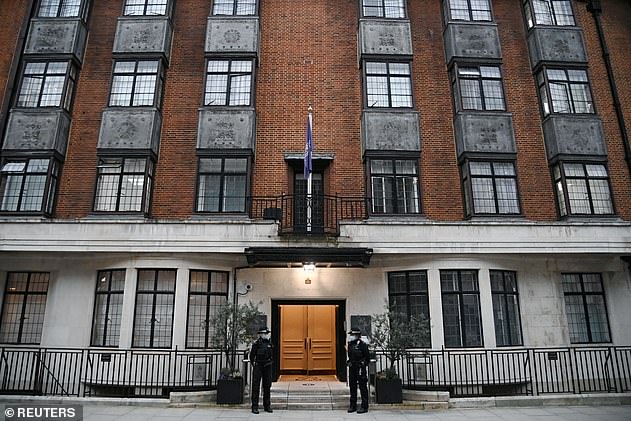 He tells him of his choice to step away from work as a full-time Royal: ‘It was never walking away. It was stepping back rather than stepping down.’

At the time of Philip’s admission to hospital, the palace did not disclose the reason, but then said this Tuesday he was being treated for an infection.

Edward, who said he had spoken to his father on the phone, suggested the Duke, who is known for his ‘no fuss’ attitude, was a little frustrated at remaining in hospital.

The palace said on Tuesday: ‘The Duke of Edinburgh remains at King Edward VII’s Hospital where he is receiving medical attention for an infection. He is comfortable and responding to treatment but is not expected to leave hospital for several days.’

Edward was asked about his father by Sky News’ royal correspondent Rhiannon Mills, while she was filming a separate interview with him his Bagshot Park home in Surrey.

He replied: ‘He’s a lot better, thank you very much indeed, and he’s looking forward to getting out, which is the most positive thing, so we keep our fingers crossed.’ 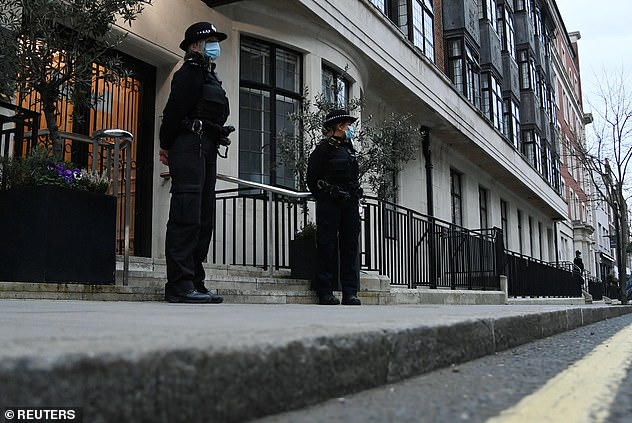 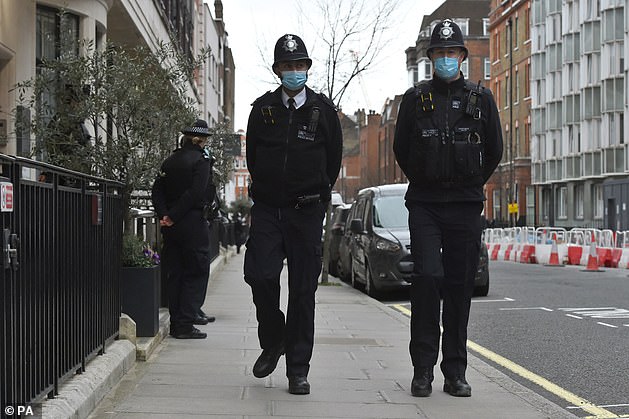 Asked whether Philip, who turns 100 in June, was frustrated to be in hospital, Edward laughed and replied: ‘Just a bit.

‘I think that gets to all of us, and then you can only watch the clock so many times and the walls are only so interesting.

‘We’ve had some brilliant and lovely messages from all sorts of people and we really appreciate that and so does he, I’ve been passing them on. It’s fantastic, thank you.’

Philip was initially due to spend a few days under medical care for ‘observation and rest’, but last Friday it emerged he was likely to remain in hospital into this week.