Prince William and Kate Middleton pop into the chippy

The Duke and Duchess of Cambridge stopped off for a takeaway fish supper at their favourite chippy after a busy day of royal engagements yesterday.

William, 38, and Kate, 39, popped into the award-winning Anstruther Fish Bar, in the coastal town of Anstruther, where they were ‘regular customers’ while students at St Andrews University 20 years ago.

The couple ordered a £7.95 takeaway haddock supper, wrapped in paper, which they ate on a bench on the pier. They returned for ice creams – William’s in a cup, Kate’s in a cone – before returning to Edinburgh by helicopter.

Kate, who was dressed in a £650 striped Erdem jumper, £549 Jade Holland Cooper blazer, told staff it had been a ‘trip down memory lane’.

The Duke and Duchess of Cambridge stopped in Anstruther after finishing their final scheduled engagement in the nearby coastal village of Pittenweem, where they met local fishermen and their families. Earlier the couple raced land yachts and visited St Andrews University where they met as freshers 20 years ago.

After the brief stop in Anstruther the couple boarded the royal helicopter, which landed in the local children’s play park, and returned to the Palace of Holyroodhouse to host a special drive-in screening of Disney’s Cruella for NHS staff.

Prince William and Kate will today return to London after an action-packed week of engagements. The visit is part of a broader royal charm offensive to help persuade Scotland to resist the demands of nationalists for independence.

Local haunt:  William, 38, and Kate, 39, popped into the award-winning Anstruther Fish Bar, in the coastal town of Anstruther, some 20 miles east of Fife, where they were ‘regular customers’ while students at St Andrews 20 years ago 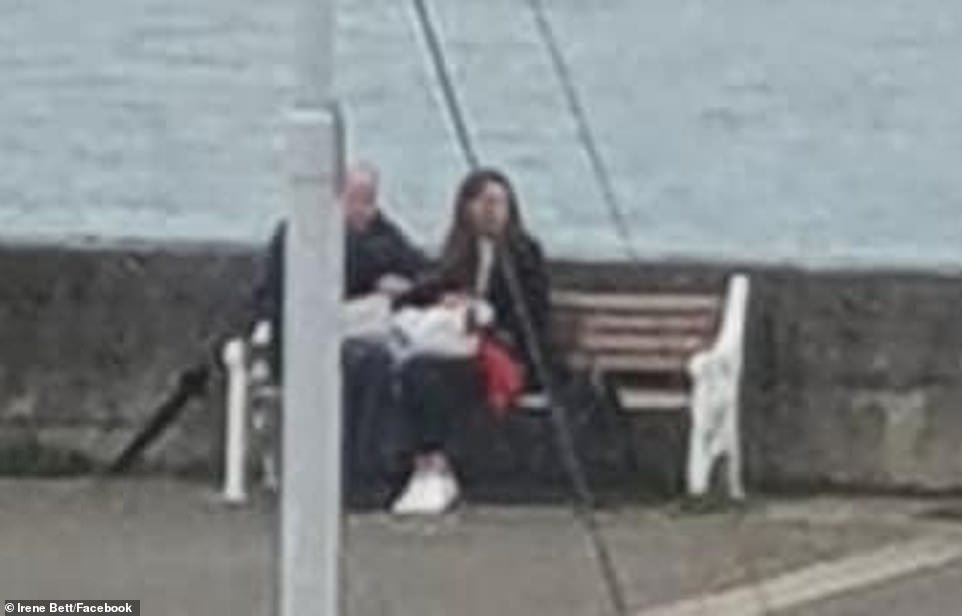 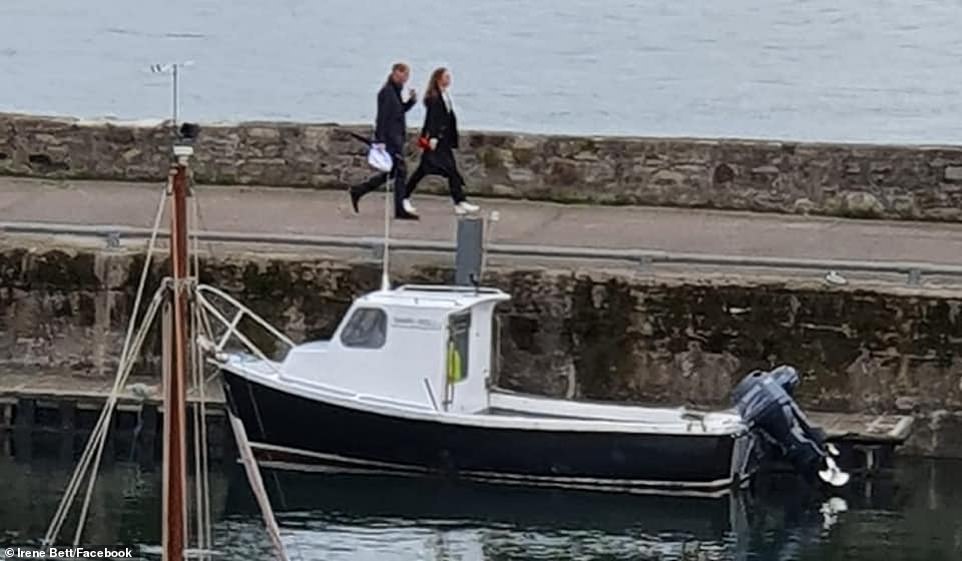 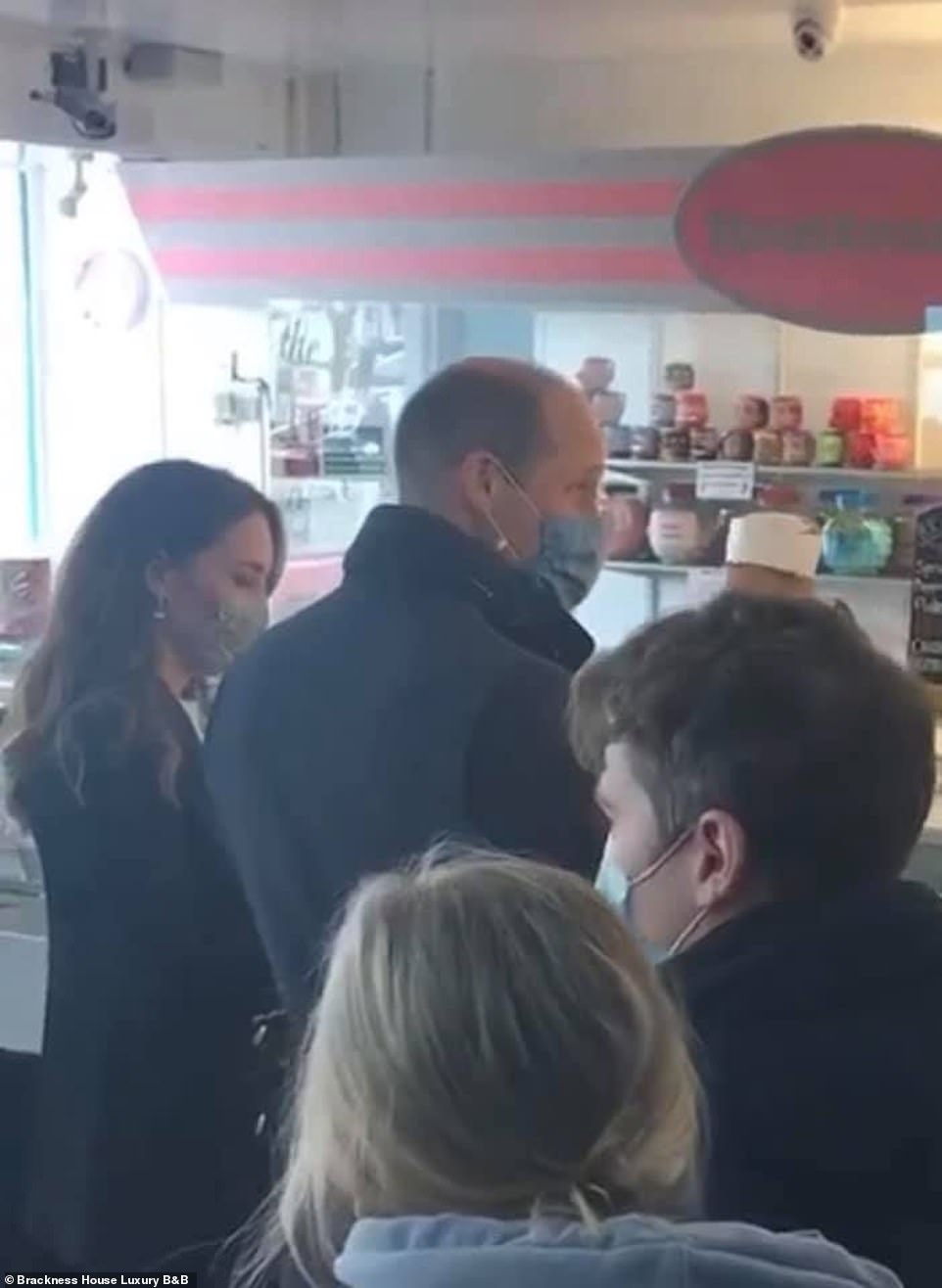 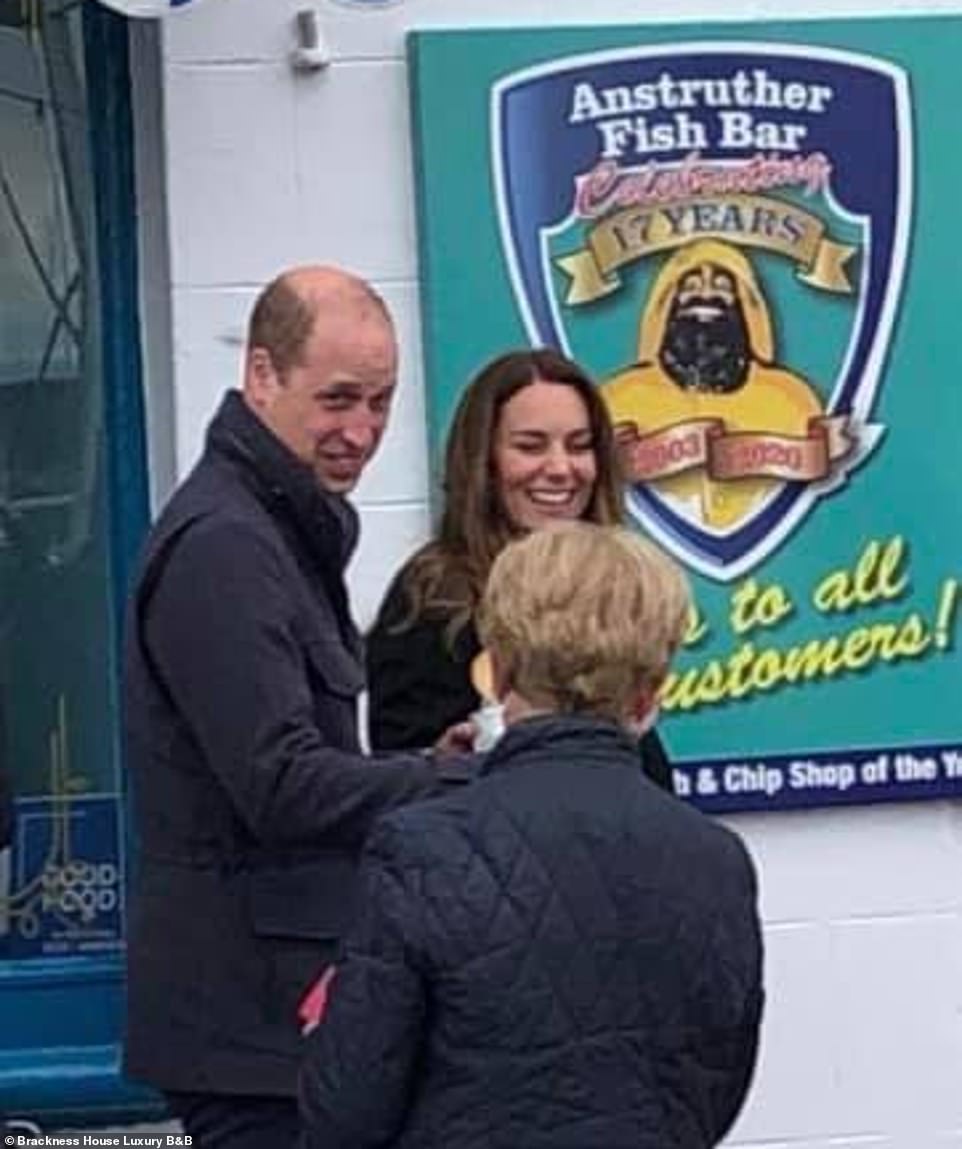 Delighted residents snapped photos of the couple as they strolled casually down the street and waited in line in the chip shop.

The Duchess of Cambridge wore a £650 striped Erdem jumper, £549 Jade Holland Cooper blazer and £90 Veja trainers, while William wrapped up in a shirt, jumper and coat.

Staff at the Anstruther Fish Bar shared their excitement and details of the couple’s visit in a Facebook post.

It read: ‘We can hardly believe it’s almost 20 years since we last had the honour of frying up some Scottish haddock and chips for, our then regular customers, Prince William and Catherine Middleton, while they were students at St Andrews University.

‘Fast-forward to this afternoon and you can imagine our excitement when we had the privilege of welcoming back the Duke and Duchess of Cambridge (or, to give them their official Scottish titles … The Earl and Countess of Strathearn) to Anstruther Fish Bar.

‘Their Royal Highnesses have been in the East Neuk of Fife today and surprised us by ending their visit with a takeaway fish supper, which the Duchess told us, was a lovely “trip down memory lane”. 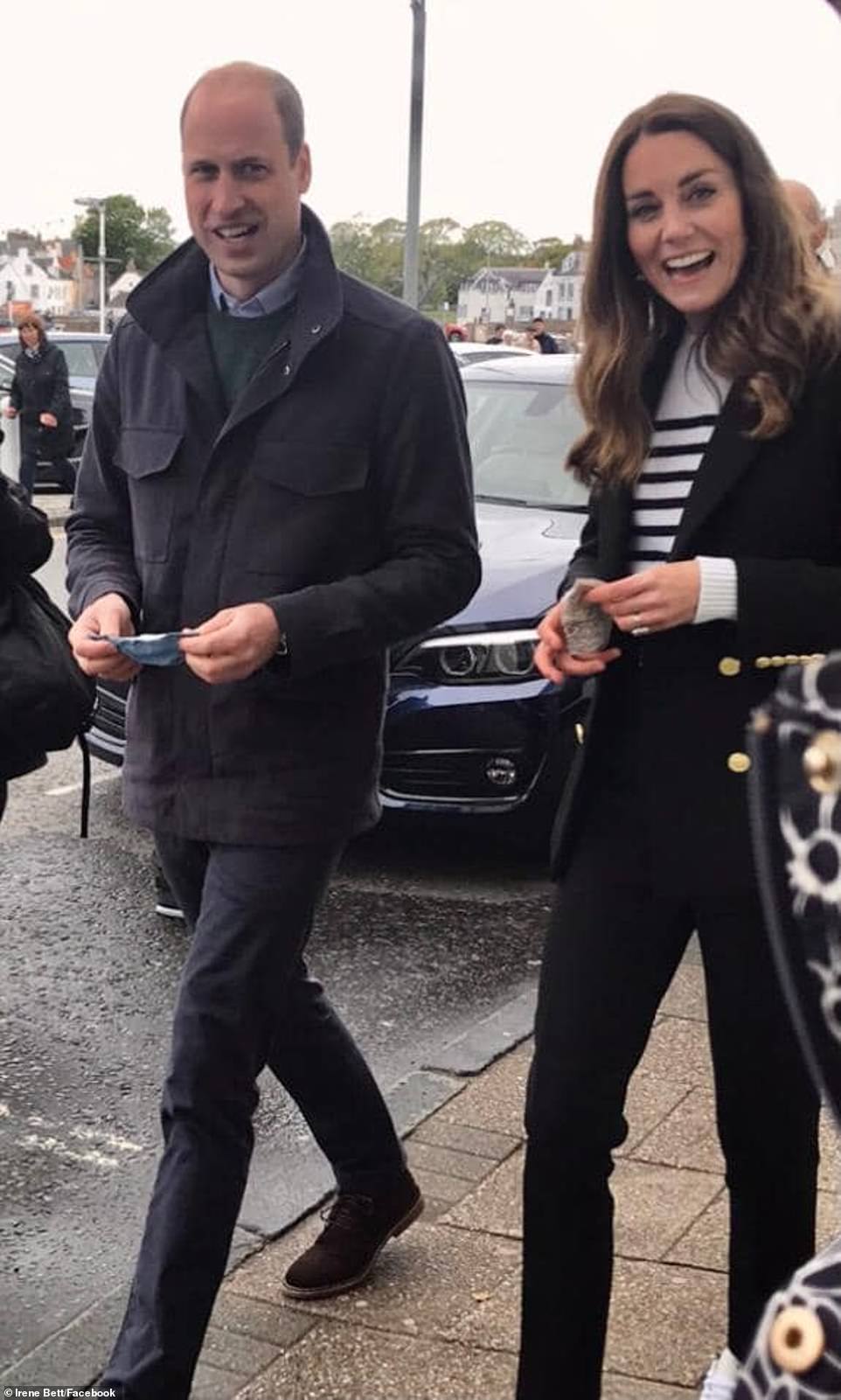 Wills and Kate’s favourite chippy: An award-winning family business where the couple dined as students

Anstruther Fish Bar is owned by husband and wife Robert and Alison Smith.

Robert comes from a long line of East Neuk fishermen, tracing his fishing ancestry back to the 1700s. His grandfather Robert Smith OBE served on steam drifters from the East Neuk before becoming a prominent skipper at the port of Granton, Edinburgh.

Mr Smith’s son, David, followed his father to sea and worked his way up to the helm of ‘Argonaut’, his own 72ft fishing boat The Argonaut name adorned a series of successful fishing boats under his command.

David also championed a series of innovations designed to make the work of his fellow fishermen safer and less arduous, and he was honoured with the MBE for his services to the fishing industry.

In 1980 the younger Robert Smith and his wife Alison took the Argonaut name and gave it to their first business together, a fish processing business in St Monans which supplies fresh, hand-filleted haddock to fish and chip shops and retailers throughout the region.

The couple took over the Anstruther Fish Bar and Restaurant in 2003 and now run the chippy with their children, nieces and nephews.

The chippy was crowned the  UK’s Seafish Fish and Chip Shop of the Year in 2008/09, beating some 12,000 outlets across the UK.  The fish and chip shop has also won Food Awards Scotland’s Takeaway of the Year Award (2014).

‘They enjoyed the whole takeaway experience, as most visitors to Anstruther do, sitting on a bench by the harbour, while no doubt keeping a watchful eye out for the local, hungry seagulls!

‘Before heading back to their waiting helicopter, they popped in for some ice cream and to chat with some of our thrilled staff.

‘The Duke thanked us for the fish and chips and made a point on telling Andrew that they were just as good, if not better than he remembered from his student days.’

Later the Duke and Duchess of Cambridge hosted NHS Charities Together and NHS staff for a unique drive-in cinema to watch a special screening of Disney’s Cruella at the Palace – where they are staying – on the penultimate day of their week-long visit to Scotland.

Before the screening, Kate delivered a short speech in which she paid tribute to NHS staff across Scotland and thanked them for their dedication, commitment and personal sacrifice. 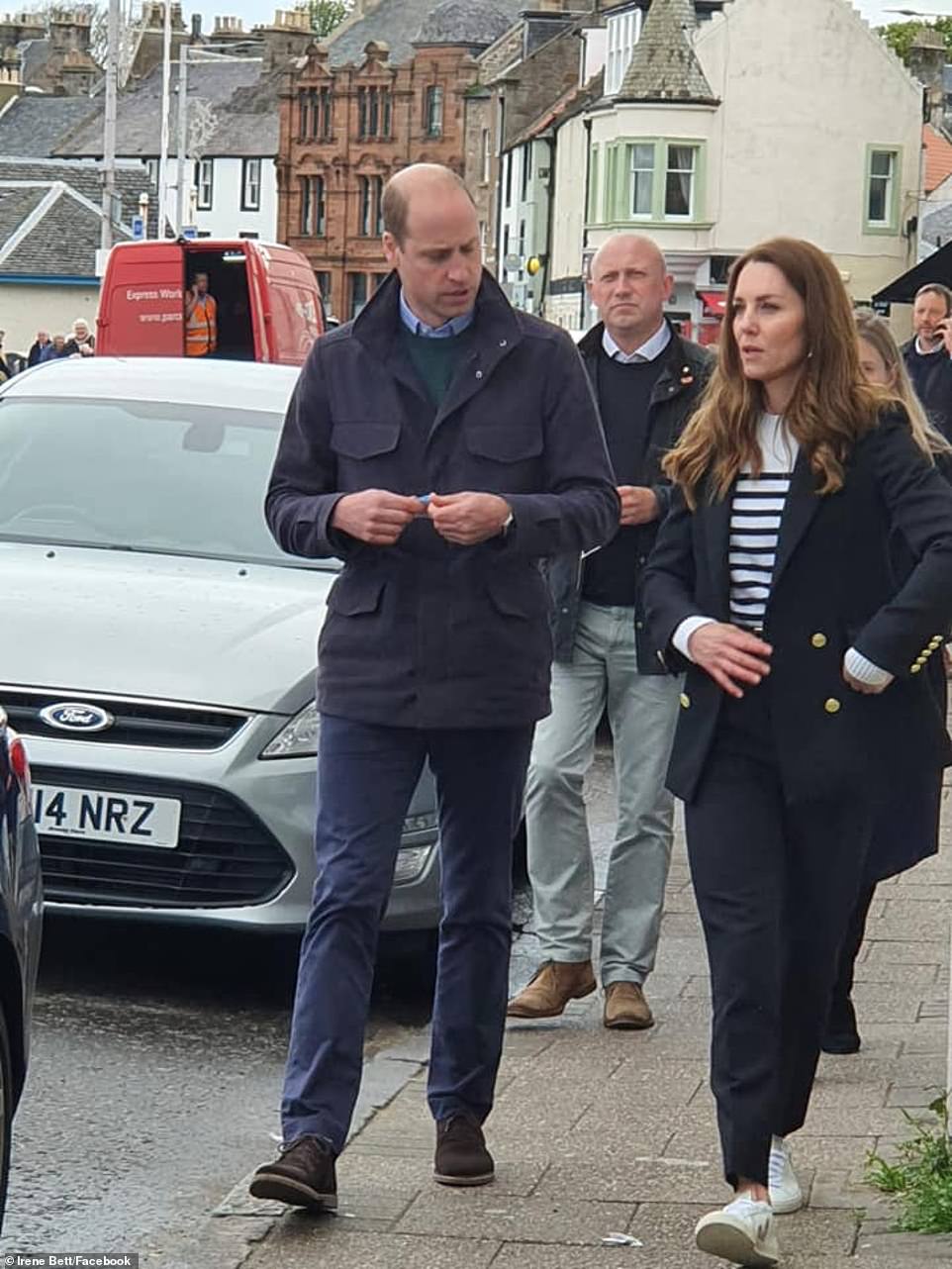 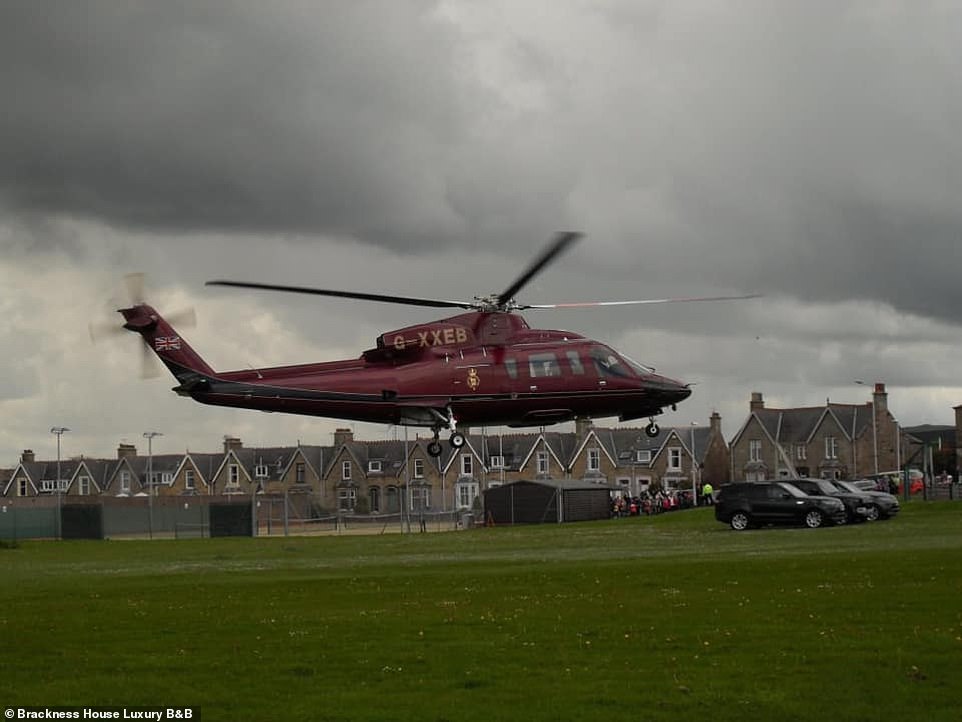 She said: ‘As Joint Patrons of NHS Charites Together, William and I are absolutely delighted that so many of you could join us here tonight. We wanted to thank you for the extraordinary dedication, commitment and personal sacrifice you have shown in supporting our communities through this pandemic.

‘It is a real privilege to work with NHS Charities Together. For the last 13 years it has worked tirelessly to improve services for patients and support NHS staff and volunteers, both practically and emotionally. Today, this work has never been more important.

‘So, with an enormous thank you to Her Majesty The Queen for allowing us to host the first-ever drive-in film night here at Holyrood. And with a huge thank you to Disney and BAFTA, for putting on this evening, and to the fabulous actress Tipper for joining us here tonight, William and I invite you to grab your popcorn, cuddle up under your blankets and be transported to 1970s Britain for an evening of much-deserved fun, drama, glamour and escapism!’ 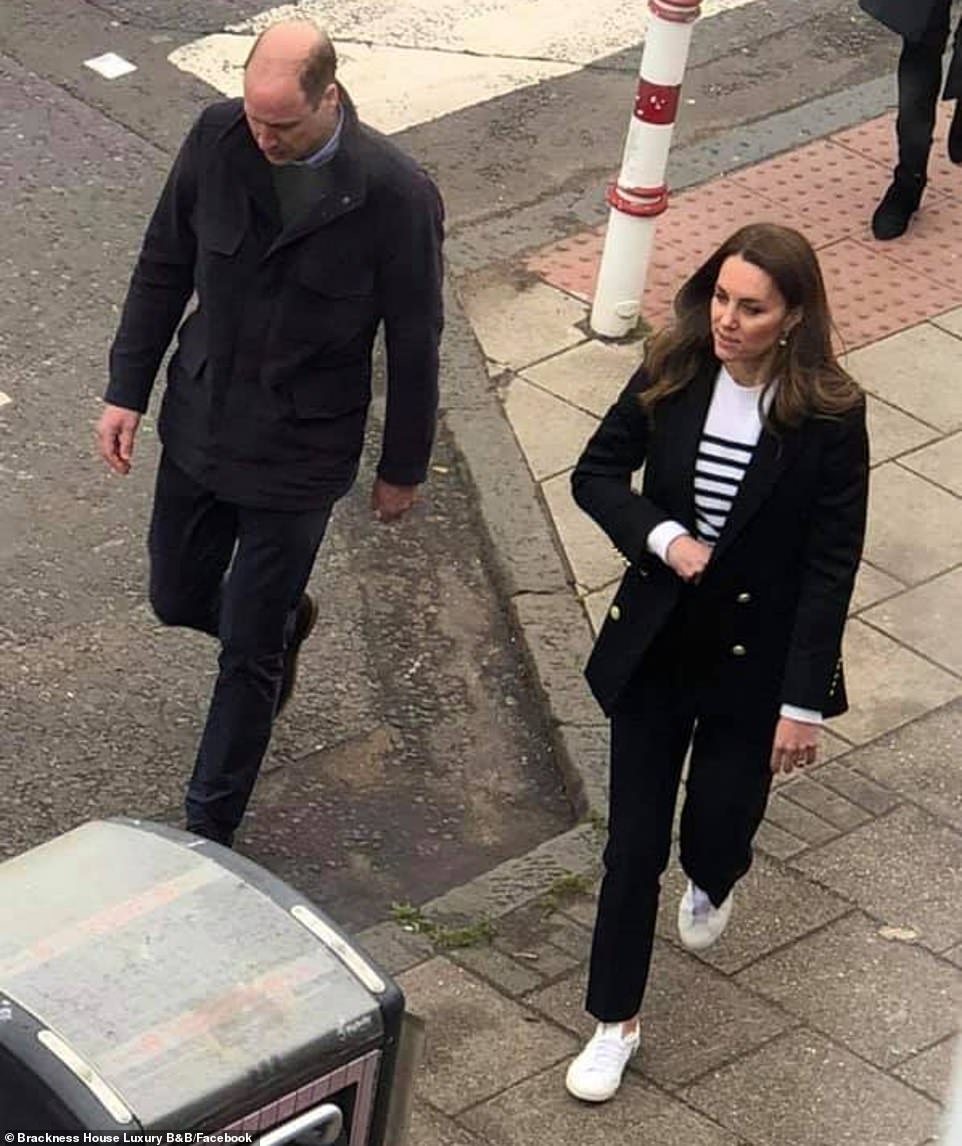 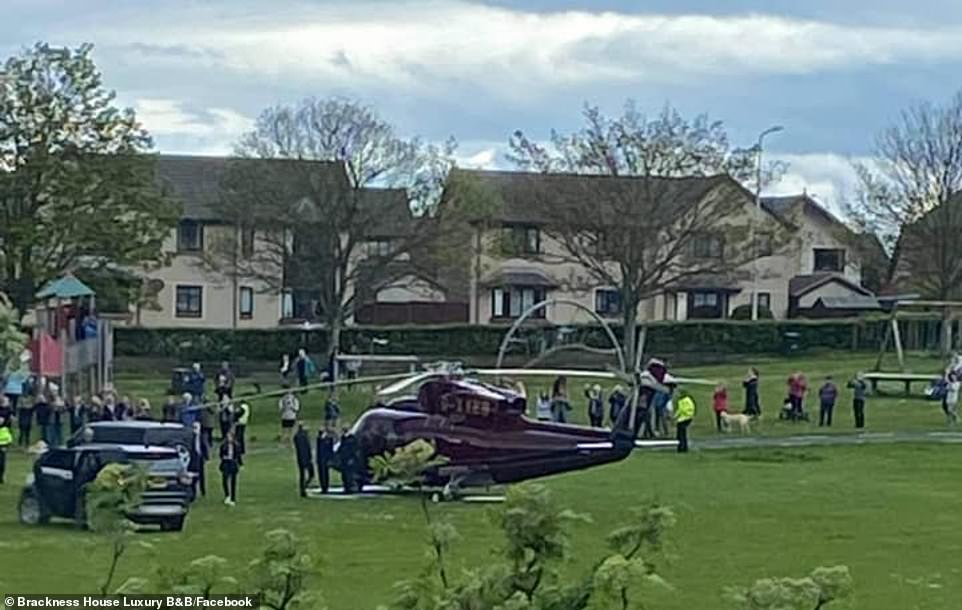 Earlier the couple paid a visit to St Andrews, where they met at university 20 years ago, and spoke to students about their pandemic experiences. They also visited St Salvator’s, the halls of residence they both shared.

The couple became friends in their first year before romance blossomed after William saw ‘hot’ Kate strut down a charity fashion show catwalk in a sheer dress. They graduated in 2005 and William proposed five years later.

William and Kate, who share Prince George, seven, Princess Charlotte, six, and Prince Louis, three, and celebrated their 10th wedding anniversary this year, were in excellent spirits as they took a trip down memory lane before continuing to Fife where they met local fishermen and their families.