Duke’s hidden talent! Prince William leaves a Tanzanian boy ‘gobsmacked’ by speaking to him confidently in Swahili in a ‘truly special moment’ at the Princess Diana Legacy Awards

Prince William showed off his language skills at an awards event on Tuesday, leaving one boy ‘gobsmacked’ after the royal spoke to him in Swahili.

The Duke of Cambridge, 37, was meeting 20 recipients of Princess Diana’s Legacy awards for tea at Kensington Palace when he shocked Erick Venant, 25, from Tanzania, by speaking to him in Swahili.

Tessy Ojo, Chief executive of the Diana Award charity, suggested the royal had left the boy ‘gobsmacked’ by striking up conversation in Swahili, saying the moment was ‘truly special.’

She told People magazine: ‘One of the young people is from Tanzania, and he started talking to him in Swahili…It wasn’t just one sentence. This was not something he had just read out of a book.’

Prince William, 37, shocked Erick Venant, 25, from Tanzania, by speaking with him in Swahili at the Kensington Palace event on Tuesday 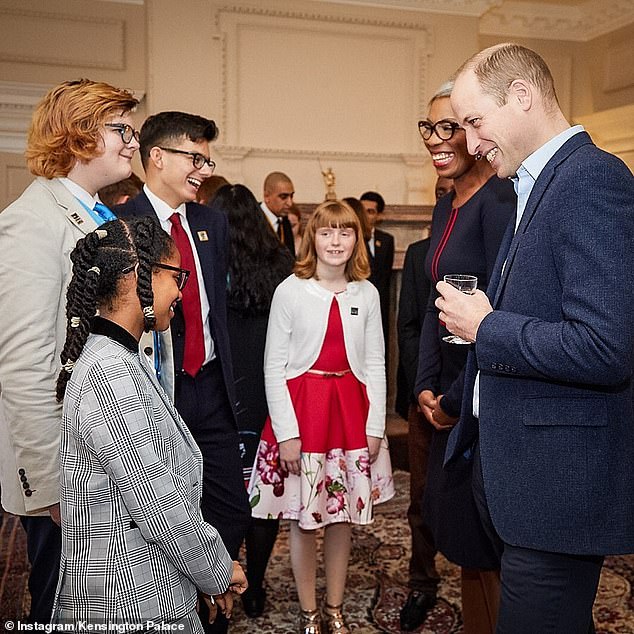 Tessy Ojo, Chief executive of the Diana Award charity, said the Duke of Cambridge ‘read up’ on each of the recipients of the award, and spent time talking to each of them

Prince William met the group of young people at an afternoon tea event at Kensington Palace on Tuesday.

The event celebrated winners of the Princess Diana Awards, which is celebrating its’ 20th anniversary this year and honours the memory of Prince William and Prince Harry’s mother.

Tessy revealed Prince William had diligently ‘read up’ on all of the recipients before the event, and had taken time to speak with each person at the afternoon tea.

She went on: ‘One of the young people is from Tanzania, and he started talking to him in Swahili — and this young boy was gobsmacked! 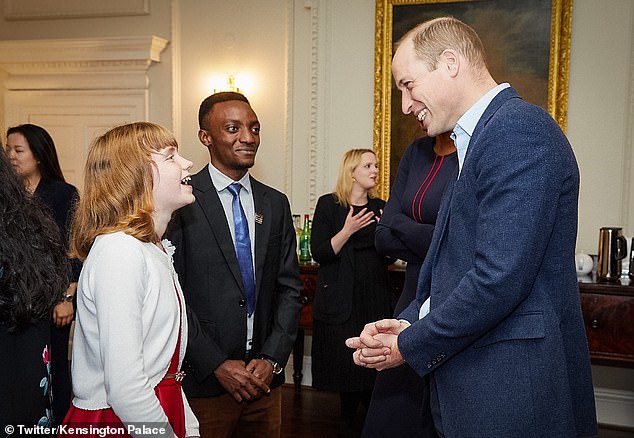 Tessy said that Erick had been ‘gobsmacked’ when Prince William spoke with him in Swahili, and suggested it was not just a phrase the royal had learnt from a book (pictured together)

‘It wasn’t just one sentence. This was not something he had just read out of a book. It was truly special.’

Erick was among a group of Legacy Award recipients, from across the UK and Commonwealth countries including Canada, Nigeria, Tanzania and India, who have had a significant impact on society.

He was awarded after leading a nationwide anti-microbial resistance campaign in 23 administrative regions of Tanzania, which educated over 49,000 students and teachers in 114 secondary schools.

Tessy went on to reveal that Prince William told the group Princess Diana ‘would be so proud’ of them all. 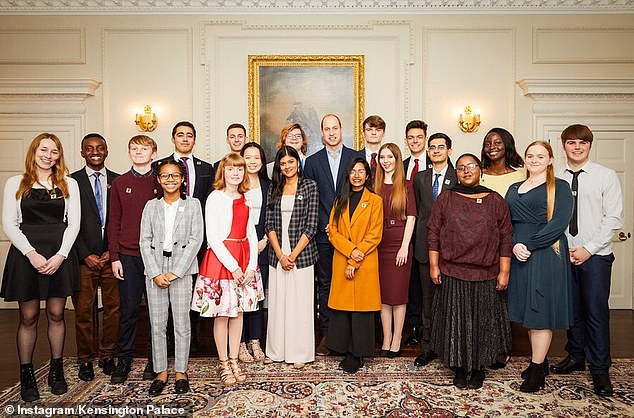 Prince William reportedly told the 20 young people that his mother Princess Diana would be ‘so proud’ of their work (Erick, pictured second from the left) 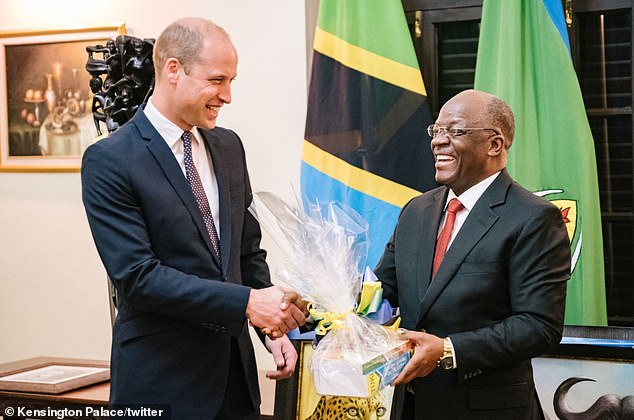 It’s not the first time the royal has revealed his talents as a linguist, after speaking Swahili to Tanzanian President John Magufuli while on a trip last year (pictured together)

Diana’s brother Earl Spencer went on to present the prestigious awards during a ceremony at the Old Royal Naval College in Greenwich, south-east London.

While he is not believed to be fluent, Prince William taught himself Swahili during his time at university.

He showed off his language skills last year while on a royal visit to Tanzania last year, where he was caught on camera speaking the language with Tanzanian President John Magufuli.

The royal is believed to speak five languages in total, including French, Welsh, Gaelic and a little Spanish.