Prince William’s equerry, who appears to be building a legion of fans thanks to his dashing looks, is a Royal Navy officer who’s worked for the Royal Household since 2020.

An equerry is an  officer of a royal household or court, who assists members of the royal family with their duties.

The role, which is normally occupied by a senior officer from one of the armed services, is held for three years.

Rob Dixon was appointed to the Royal Household in September 2020, working as an equerry for Prince William, according to his LinkedIn.

Lieutenant Commander Rob Dixon (right) has been noticed by royal watchers, some of whom have commented on his looks, after attending royals events in recent times (pictured with with Sophie Wessex, left, at a vigil in honour of the Queen at Westminster Hall yesterday) 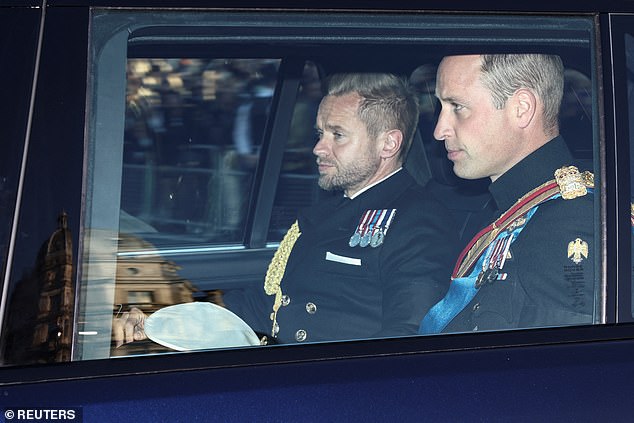 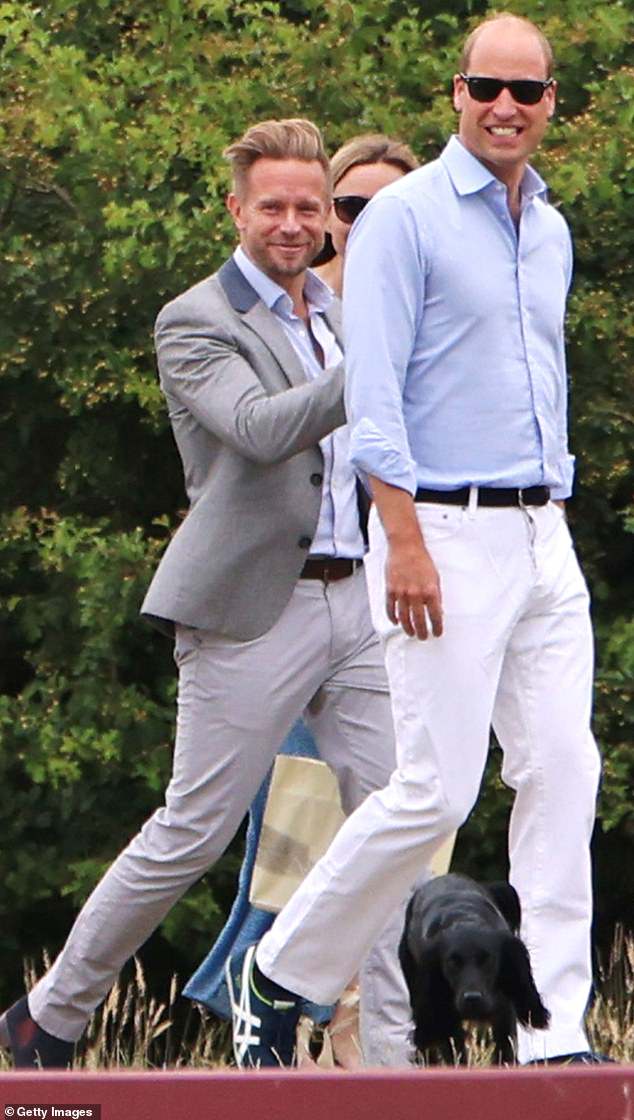 Happier times: Rob Dixon (left) was snapped with Prince William (right) in July this year, at a polo match in Egham, Surrey

The military man, who attended Dr Challoner’s Grammar School in Amersham, followed by the Joint Services Command and Staff College in Shrivenham, spent almost 22 years working for the Royal Navy.

His CV boasts an impressive list of roles, including Helicopter Instructor, and Wildcat HMA Mk2 Pilot.

While describing himself as ‘mostly operating as a leader’, he has noted that he also ‘operates well as part of the team’.

In 2015, he was awarded a Green Endorsement, being commended for ‘the speed of thought, judgement and total professionalism with which he dealt with a compounding series of circumstances’.

Over recent days, he has been snapped at events  including the vigil at Westminster Hall, where the Queen’s grandchildren stood at the monarch’s casket.

Images snapped in July this year show the equerry smiling as he attends a polo match in Surrey with Prince William. 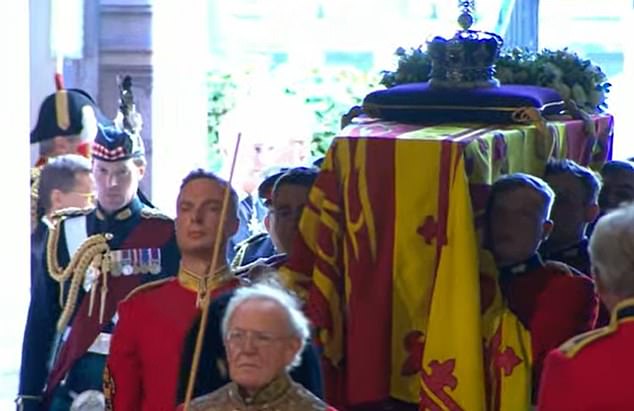 Major Jonathan Thompson of the 5th Battalion Royal Regiment of Scotland, pictured on the left of the frame behind the Queen’s coffin, accompanied the procession

Lieutenant Commander Rob Dixon is not the only equerry to set pulses racing in recent days.

Major Jonathan Thompson, 39, of the 5th Battalion Royal Regiment of Scotland, was once the Queen’s most senior bodyguard but is now serving King Charles and has been seen constantly at his side.

In recent days he has found himself thrust front-and-centre at historic Royal events as the equerry of King Charles III, having served in the role when he was Prince of Wales.

Major Thompson, known to friends as ‘Johnny’, tied the knot with marketing manager Caroline, 44, in 2010 and the couple have a four-year-old son as well as two black labradors called Odin and Piper – a nod to his military time in Scotland. 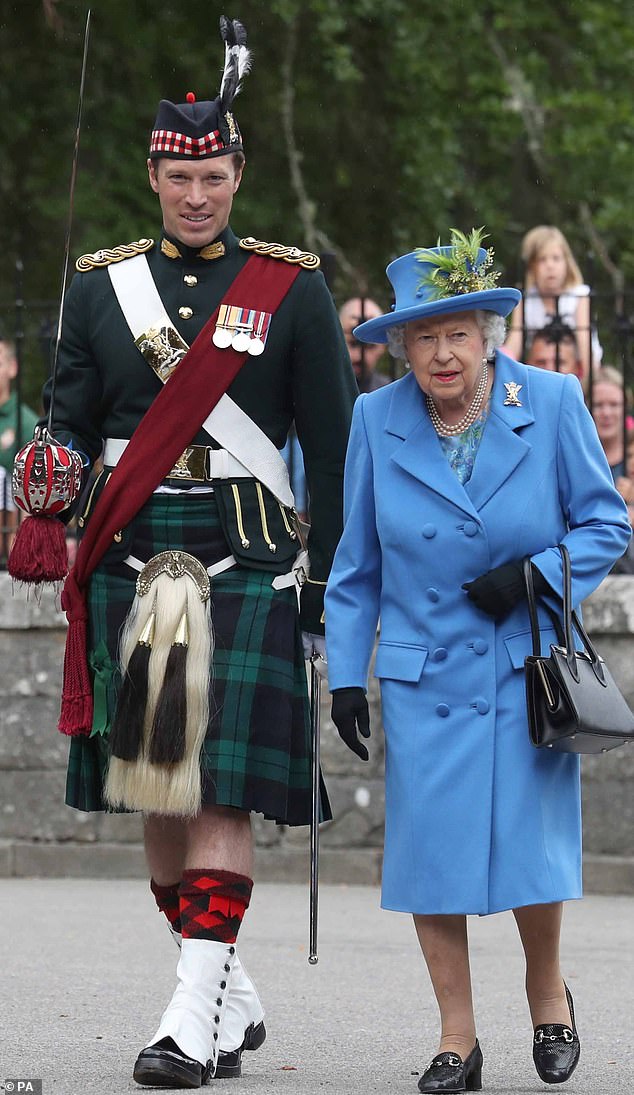 Major Thompson (pictured left) cracked a smile as he walked with the Queen through the gates of Balmoral Castle earlier this year, before the monarch’s death

Last Saturday he was caught on camera calmly and coolly removing a pen tray which was cluttering the King’s desk, as Charles signed the Proclamation which named him as the new monarch following the death of Queen Elizabeth.

Contrary to most people believing he is Scottish, Major Thompson was actually born in Morpeth, Northumberland, and now lives with his family in Surrey.

He joined the Army in 2006 and is a Platoon commander, according to his LinkedIn. He is thought to have been working as an equerry with Charles for the last two years.

Major Thompson was also seen in the procession on Wednesday, when the Queen’s coffin was escorted from Buckingham palace to Westminster Hall for the four days of lying in state.