Princess Beatrice gave the Duke and Duchess of Sussex permission to film inside the Queen’s outsize Wendy house at Windsor Castle for their Harry & Meghan Netflix series.

Called Y Bwthyn Bach, it was a sixth birthday present to Princess Elizabeth from the people of Wales in 1932.

In 2010, HM passed custodianship of the house to her granddaughter Princess Beatrice, who oversaw a year-long renovation before inviting journalist Andrew Marr inside for his three-part BBC series The Diamond Queen in 2012, the first time television cameras had been allowed in.

The 34-year-old is one of the few royals still in contact with the Sussexes, and is understood to have given them the nod to bring cameras inside.

Princess Beatrice gave the Duke and Duchess of Sussex permission to take cameras inside the Queen’s outsize Wendy house at Windsor Castle for their Harry & Meghan Netflix series. Above: An image from the series showing the couple in the cottage 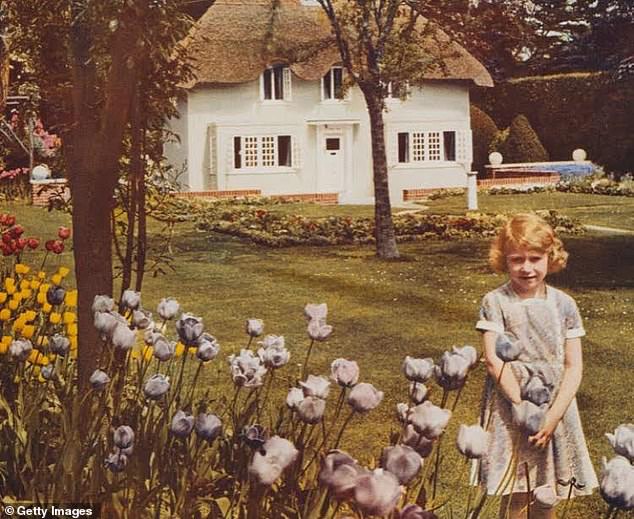 But it is unclear whether she was aware of the exact nature of what was being filmed.

One picture from the Netflix series, which appears to have been professionally taken, shows the Duke and Duchess of Sussex laughing as they sit on children’s chairs drinking from a tea set.

Princess Elizabeth was given the two-storey thatched cottage – called Y Bwthyn Bach or The Little House – by the people of Wales for her sixth birthday in 1932.

It came with electric lighting and running water as well as furniture and even a working phone.

Elizabeth and her sister Margaret adored the house and looked after it themselves. It has never been open to the public.

Tucked away from public view on the south side of the gardens of Windsor’s Royal Lodge, the white-washed cottage is described by Beatrice as ‘the most glamorous Wendy house ever’.

The building, which measures 24 feet long, eight feet deep and with five feet high rooms, was designed by architect Edmund Willmott, who had earlier built a less grand little house for his own daughter to play in.

It was intended as a symbol of the love and fascination of the Welsh people for the little princess who was, at that stage, never expected to become Queen. Her uncle King Edward VIII abdicated four years later in 1936, passing the crown to Elizabeth’s father, George VI.

The mining communities of the Welsh valleys had suffered more unemployment than any other part of Britain during the Depression, and the house, built exclusively by Welsh labour and from Welsh materials left over from the Llandough Hospital, was a poignant reminder of a workforce in despair.

It was also designed as a link between the two privileged princesses and those who lived in typical Welsh cottages.

It gave the sisters the chance to play at keeping an ordinary house – although it was far more luxurious than the vast majority of family homes at the time.

The layout of a typical Welsh cottage was followed for the interior. The front door opens into a small hallway with a kitchen to the right and the ‘siamber fach’, or little chamber, on the left.

A staircase gives access to a bedroom and a bathroom, which, when it was first built, was very modern, with hot and cold running water, a heated towel rail and electricity. 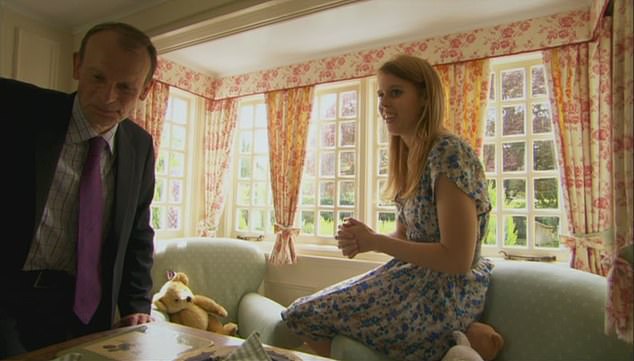 The cottage was described by the Queen’s granddaughter Beatrice as ‘the most glamorous wendy house ever’. Above: Beatrice in the cottage with journalist Andrew Marr in his 2012 series The Diamond Queen

The contents included a tiny radio, a little oak dresser and a miniature blue and gold china set. There was linen with the initial ‘E’ and a portrait of the Queen’s mother, the Duchess of York, hanging over the dining room mantelpiece.

The house also contained pots and pans, food cans, brooms, a packet of Epsom salts and a radio licence, all made to order and to scale. In the kitchen, there was a gas cooker and a fridge which both worked.

There was even a working, miniature telephone. The house also had its own front garden with scaled down hedges and flower borders.

Over the years, the Queen’s children played in the house and latterly, her grandchildren.

It holds a special place in the hearts of all the royal children, but Beatrice was especially captivated by it, adding, as a child, a selection of her own teddy bears to the living room sofa.

She oversaw its complete refurbishment over the course of a year, believed to have been paid for by her father, the Duke of York, who has resided at Royal Lodge since 2004.

In the first episode of The Diamond Queen, the princess was seen showing Marr the results.

Under Beatrice’s guidance, new curtains and upholstery were put in, the paintwork was refreshed, the roof was rethatched and the cottage was rewired.

It comes as Jacinda Ardern yesterday issued a statement about another Netflix docuseries presented by Harry and Meghan, with New Zealand’s PM saying she was unaware of the couple’s involvement when she agreed to take part.

Live To Lead will celebrate ‘inspirational leaders’ throughout history. This includes Ms Ardern – who appeared in a trailer released yesterday and leads a country where King Charles III is head of state. 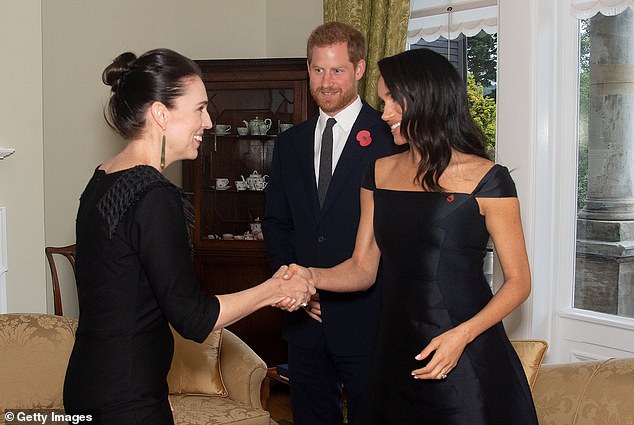 Jacinda Ardern yesterday issued a statement about another Netflix docuseries presented by Harry and Meghan, with New Zealand’s PM saying she was unaware of the couple’s involvement when she agreed to take part. Above, Ms Ardern and the Duke and Duchess of Sussex in 2018

While the couple are listed as executive producers, Miss Ardern’s office released a statement in response to journalists’ questions that made it clear her involvement had nothing to do with the Duke and Duchess.

The statement said: ‘In early March 2019 the prime minister was approached by the Mandela Foundation to participate in a project to develop accessible resources on key attributes of leadership targeted at aspiring young leaders around the world, based off a one-hour interview.

‘Originally we were advised the outputs would be printed and digital books, short films and audiobooks.

‘The interview was conducted on November 8, 2019. In March 2020 a short book entitled Jacinda Ardern (I Know This to be True) was published based on the interview. Other participants who also had their contributions published based on their interviews included the late US Supreme Court justice Ruth Bader Ginsburg, the feminist activist Gloria Steinem, the climate campaigner Greta Thunberg and the American basketball player Stephen Curry. 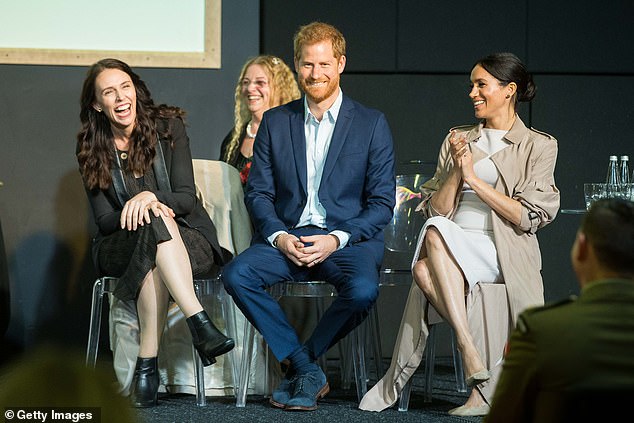 ‘In May this year the prime minister’s office was notified that the Duke and Duchess of Sussex would introduce the series; noting this was nearly two and a half years after the interview had been recorded and permission for its use by the Mandela Foundation had already been provided.

‘All communication throughout has been with the foundation (there has been no communications with the Duke and Duchess of Sussex regarding the project).’

The Duchess of Sussex and Ms Ardern sparked a friendship during Harry and Meghan’s New Zealand royal tour in 2018. Meghan was pregnant at the time and Ms Ardern later spoke of how she had been impressed by her stamina.

She said: ‘Pregnancy is an often tiring time, but the way she gave everything her all was incredible. She’s an amazing woman and I’m so glad to have gotten to know her.’

Meanwhile, Finding Freedom – a biography of the Duke and Duchess released in 2020 – claimed Ms Ardern sent a floral arrangement to Meghan after the birth of her son Archie. 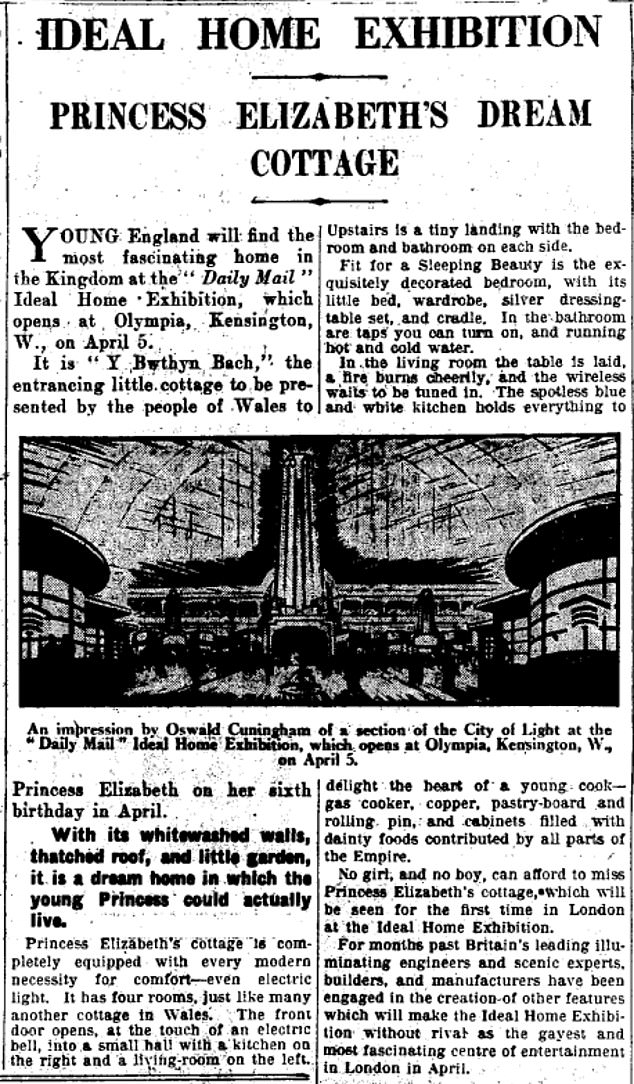