As her mother was donating clothes to the British Heart Foundation back home in London, Princess Beatrice was doing her bit for charity on the other side of the pond.

The 29-year-old redhead was snapped leaving a hotel in Manhattan on Wednesday to make her way to WE Day at Madison Square Garden, in support of an international charity that partners with communities around the globe to help life themselves out of poverty.

That very morning her mother, the Duchess of York, had delivered two carrier bags filled with her own clothes, handbags and shoes to a branch of the BHF shop.

Apparently following her example, Beatrice threw her support behind WE Day, opting for a short floral dress and heels for the occasion. 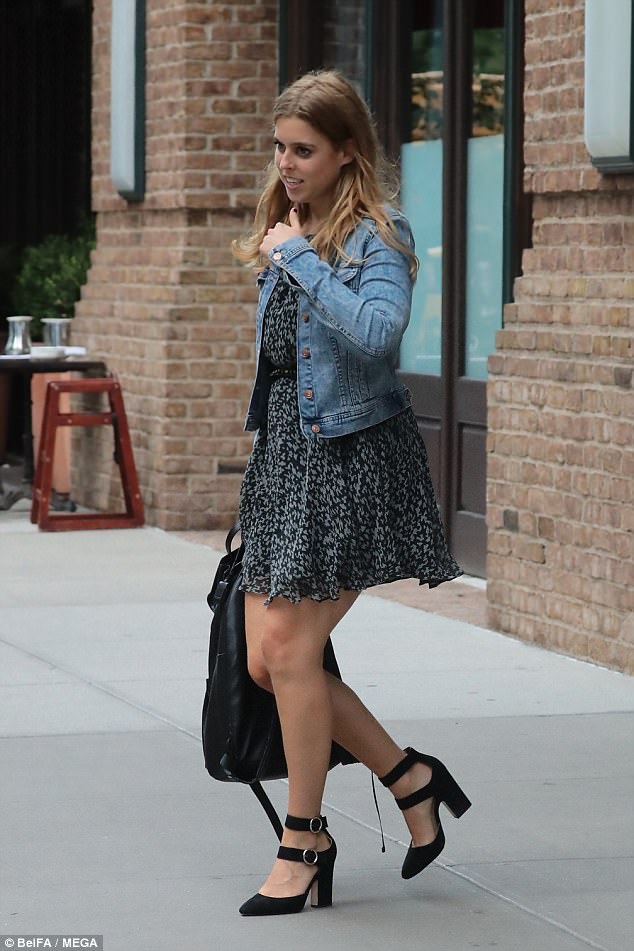 The Princess, who is understood to be primarily based in New York at present, chose a summery hemline, but added a denim jacket in light of cooling temperatures.

While Fergie has been doing her bit for good causes back in Britain too, the Duchess has also been making time to enjoy the glitz and glamour of London Fashion Week – and apparently found a way to keep both of our daughters close to hand.

The Duchess joined supermodels including the Hadid sisters at the Tommy Hilfiger party in London on Tuesday night, and though she was without her two girls, she did carry her favourite handbag emblazoned with a cherished photograph of their faces. 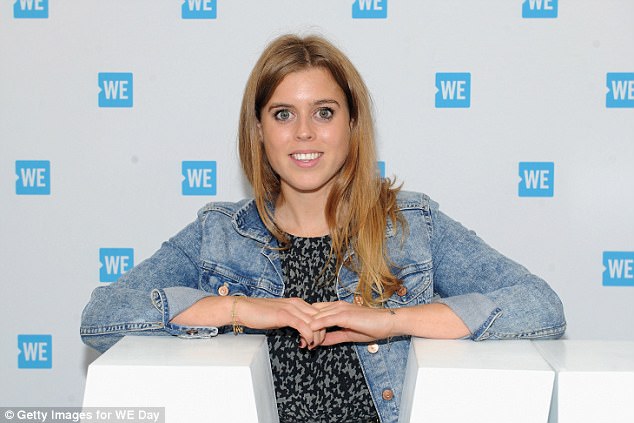 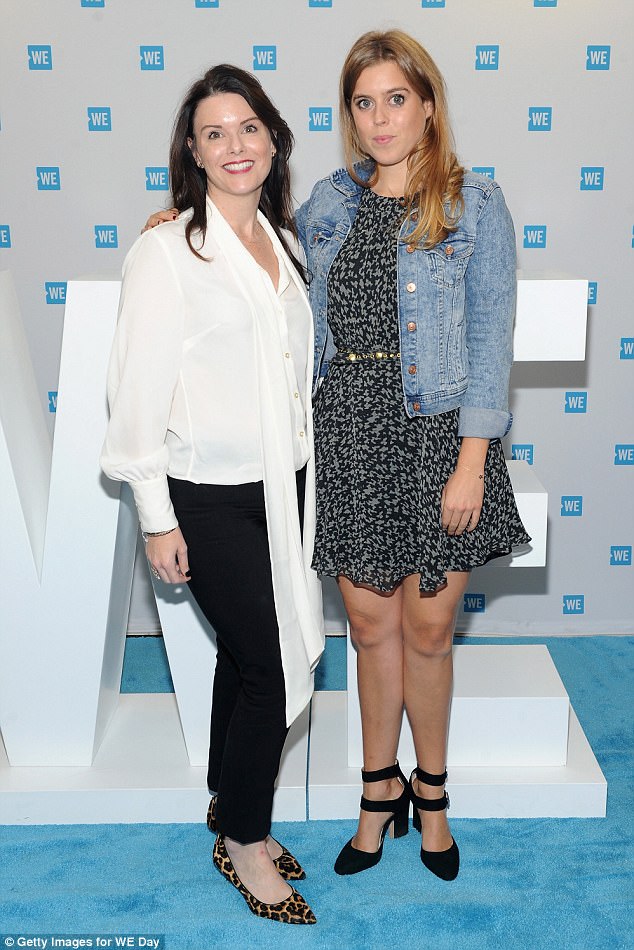 Glamorous Fergie, 57, proudly displayed the £225 bespoke Anya Hindmarch bag decorated with the photo of Princesses Beatrice and Eugenie as she left the party.

Dressed to impress in a flattering black ensemble, which highlighted her trim new frame in all its glory, Fergie mingled with supermodels and celebrities at the event. 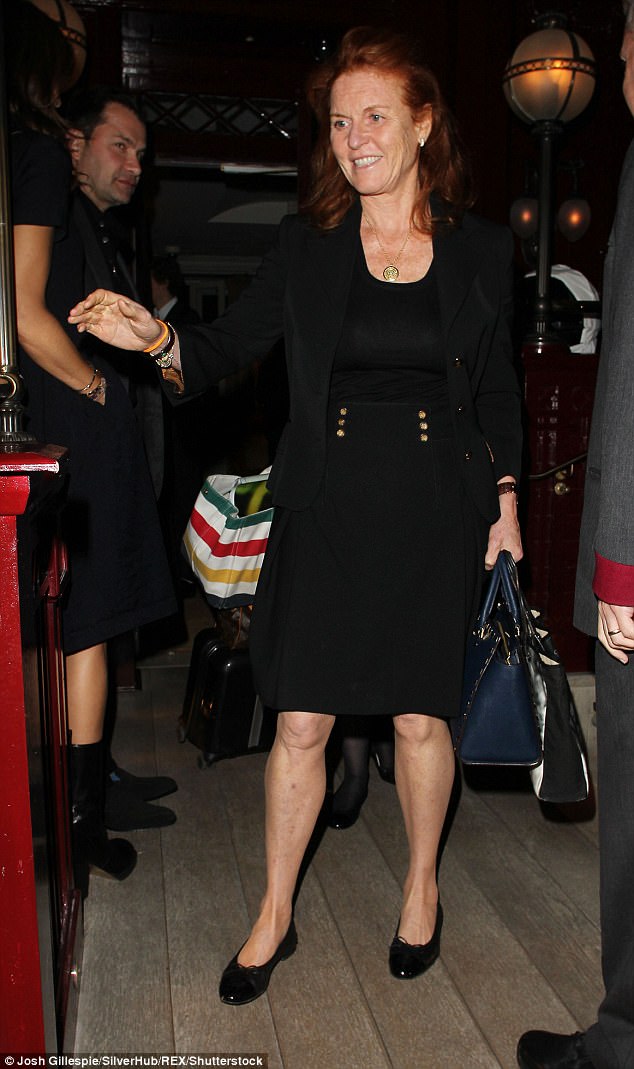 Fergie, the Duchess of York, looked trim in an all-black ensemble as she mingled with Gigi and Bella Hadid at Tommy Hilfiger’s star-studded party

The Duchess of York was in high spirits and looked fresh-faced as she left the party alone.

She joined the likes of Neymar, Lewis Hamilton, Georgia May Jagger, Arizona Muse, Lara Stone and Poppy Delevingne at the event.

U.S. designer Tommy Hilfiger closed out London Fashion Week with a rock-themed show held at a venue famous for classic rock concerts, featuring model and social media star Gigi Hadid as the centrepiece of the event.

The show – dubbed ‘TommyNow’ – represented Hilfiger’s third collaboration with Hadid, with whom he designed the ‘TommyxGigi’ collection that was on display at Tuesday’s event, in addition to the Hilfiger label’s spring/summer 2018 styles. 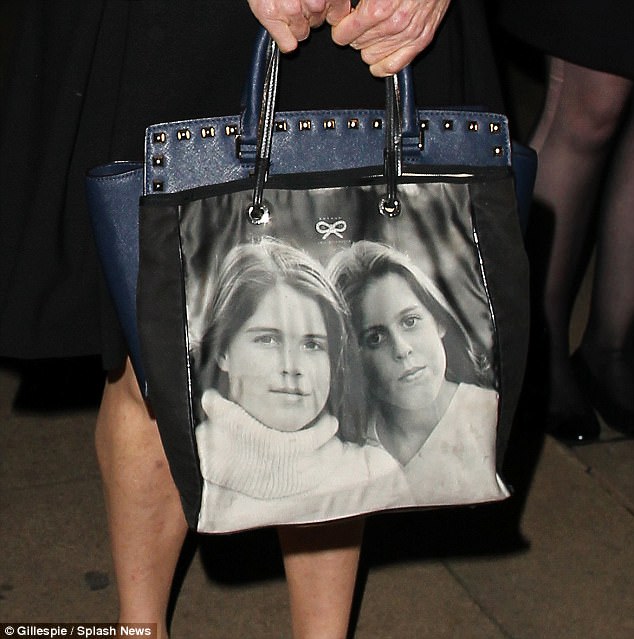 Dressed to impress in a flattering black ensemble, Fergie mingled with the likes of Bella and Gigi Hadid at the star-studded affair