Princess Diana had ‘conversations with Jemima Goldsmith’ about moving to Pakistan

Princess Diana considered moving to Pakistan to live with the ‘love of her life’ Haznat Khan, a royal expert has claimed in new Channel 5 documentary Diana: Her Last Summer, which airs tonight.

Speaking about Diana’s final summer before her death,  Eve Pollard claimed the Princess of Wales had conversations with Jemima Goldsmith about life in the south Asian country.

Jemima was married to Pakistani cricket legend Imran Khan from 1995 to 2004, and lived in Lahore during their nine year marriage.

Princess Diana considered moving to Pakistan to live with the ‘love of her life’ Haznat Khan, a royal expert has claimed (pictured in Pakistan with cricket player Imran Khan and Jemima Khan) 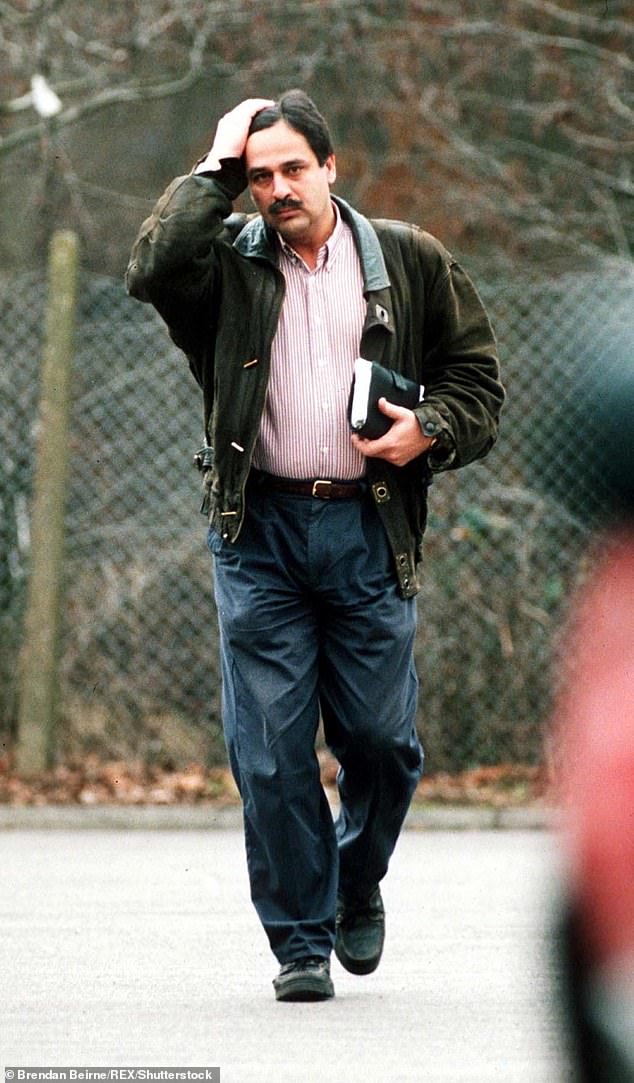 Diana was deeply in love with heart surgeon Hasnat Khan, seen in 1997, and wanted to follow him to his home country, sources claim in new documentary

Jemima has since moved back to London, while her former husband has become the country’s Prime Minster.

‘The idea that the Princess of Wales was going to marry and live with the Pakistani doctor was not what we were expecting,’ royal expert Eve Pollard said on the documentary which airs tonight on Channel 5.

‘She had long conversations with Jemima Khan, who had married Imran Khan and Diana was wondering if it was something she could do,’ she added.

In the summer of 1997, Princess Diana flew to Lahore with Jemima, on her father James Goldsmith’s private jet. 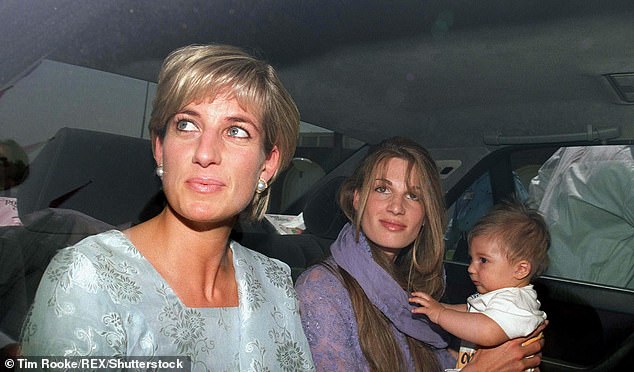 While there, Diana took time out to secretly meet Haznat’s parents, but the attention it brought shook the foundations of the relationship, which the heart specialist had wanted to keep private.

Before the trip, only the Princess’s closest confidantes knew about the relationship, including  butler Paul Burrell, who said he used to sneak notoriously private Haznat into the Kensington Palace in the boot of his car.

‘I would bring him into Kensington Palace in the boot of my car or underneath a blanket in the backseat of my car,’ Paul told documentary makers. 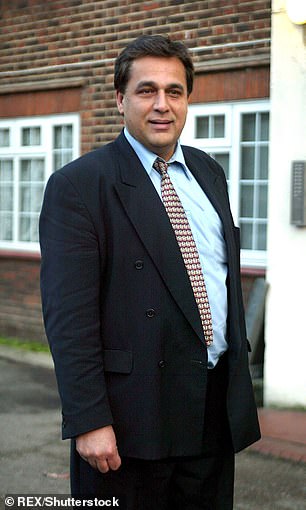 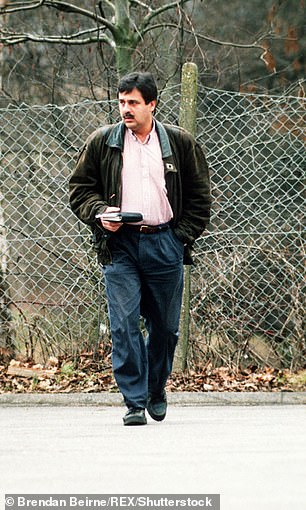 Diana’s relationship with Khan collapsed because the private heart surgeon did not wish to be in the public eye (pictured in 2004, left and 1997, right) 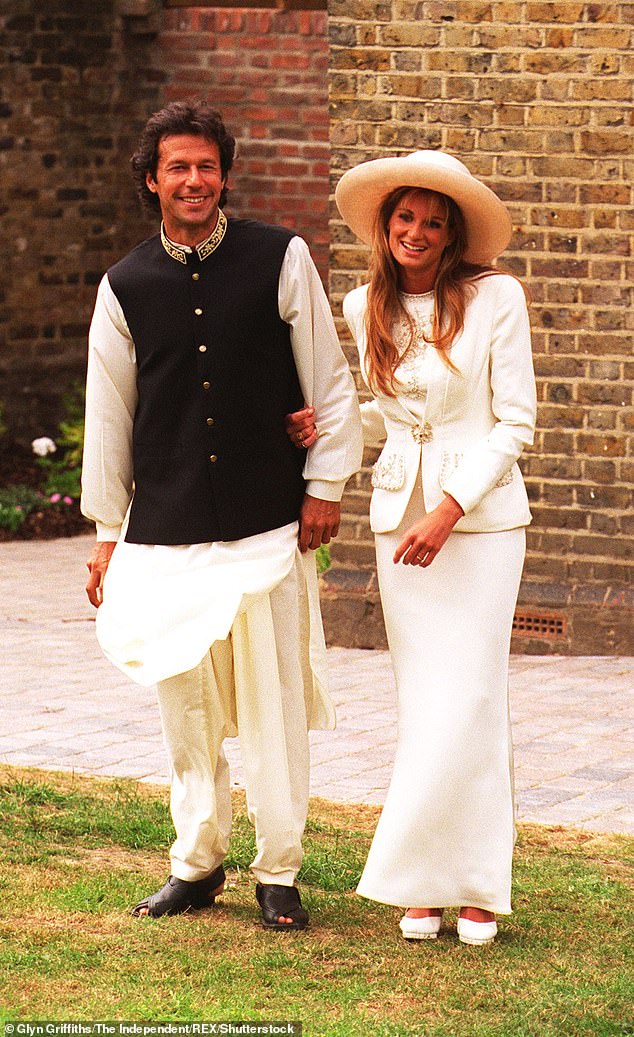 Jemima Khan married the cricket player Imran Khan and followed him to Lahore, where she lived for nine years

‘The police never stopped me and I’d take him off in the back entrance.  From there on their romance blossomed and they met him on dates outside of the palace too.’

Jennie Bond, a former BBC royal correspondent who knew Diana, added: ‘There had been rumours for quite a long time that Diana was in love with a heart surgeon but no one knew if it was true. I remember her telling me once that she left the palace to go and watch open heart surgery, she said “its so important Jennie”‘.

Richard Kay explained: ‘She was enormously attracted to Haznat, he was such as kind, really solid bloke, there’s something slightly Mills and Booms if you like, something about a woman falling in love with a doctor, a heart surgeon no less ‘.

Later, when the pair broke up due to the pressure of being in the public eye, Diana told Jennie that ‘no one will ever want her’. 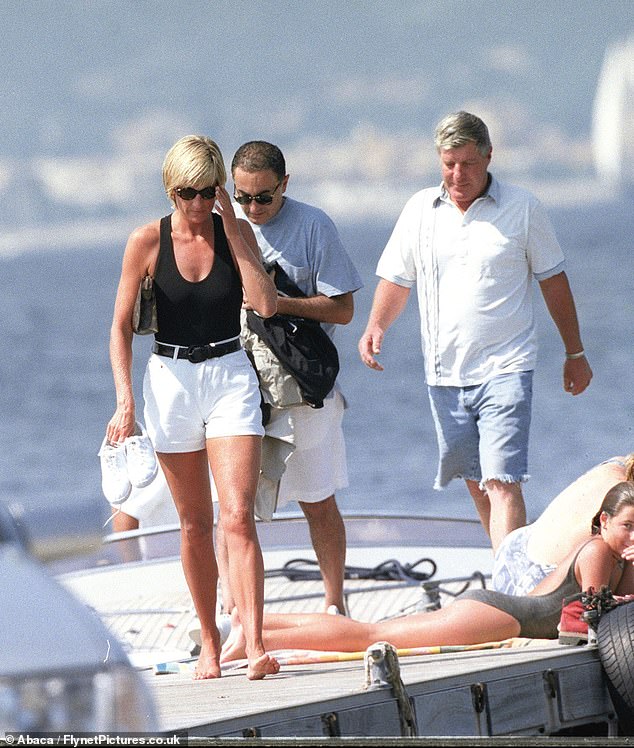 After the pair split, Diana went to the south of France to spend time with Harrords owner Mohammed Al-Fayed, and his son Dodi, who died in the back of a taxi with Diana months later.

Speaking about her final days in St Tropez, Paul Burrell said that Diana allowed dozens of paparazzi photos in the hope Haznat would see them.

‘Every time Diana rang me she would ask about Haznat, asking if I’d seen him, if I’d been to his pub, if he’d seen the photos, to see what he said,’ Paul explained.

He added: ‘Haznat was furious that Diana could turn to someone like Dodi, he knew that wasn’t his Diana – the son of a multimillionaire and a playboy’.

Diana: Her Last Summer airs tonight at 9pm on Channel 5. 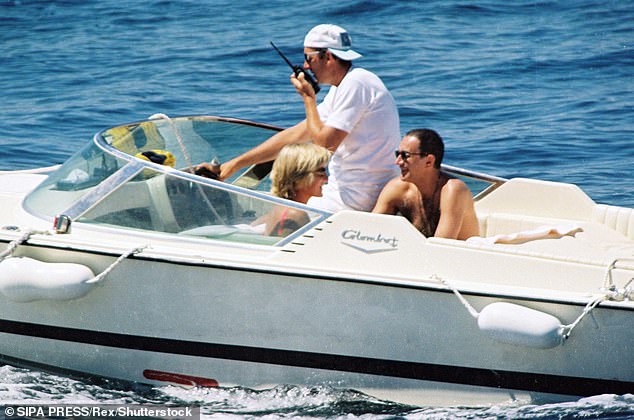