Princess Diana was key in bringing a more ‘modern style’ to Kensington Palace and transforming the building from a ‘royal residence’ into a ‘family home’ her two young sons, Prince Harry and Prince William, says a historian.

Joint chief curator of the palace Tracy Borman, 47, revealed how the late royal was ‘instrumental’ in converting the lavish apartment, once inhabited by a Mistress of George I, into a ‘practical’ home following her marriage to Prince Charles in 1981.

Appearing on the latest episode of World’s Greatest Palaces, the London-based author and historian told how Diana’s ‘informal’ approach to decor was ‘unusual’ for a royal.

Although she wasn’t specific about the changes Diana made, Tracy said that the mother-of-two was determined to create a ‘comfortable environment’ for her sons Prince William and Prince Harry.

Diana, The Princess Of Wales,  pictured at home in Kensington Palace in 1985: The late royal has been credited with making the palace a more family-friendly environment 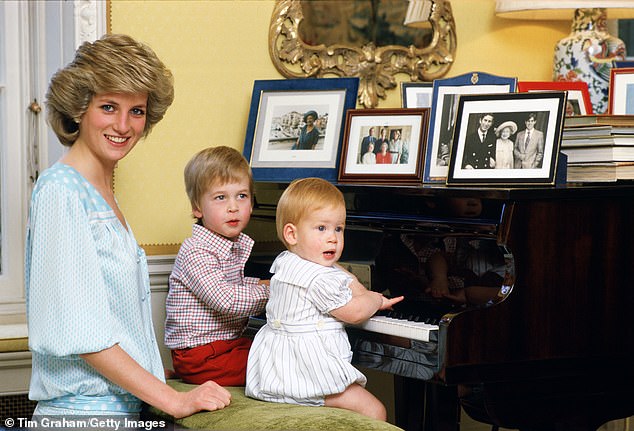 The late royal took an ‘informal’ approach to decor as she wanted a ‘comfortable environment’ for her children, Prince William (left) and Prince Harry

She said: ‘It was very lavish and Diana was instrumental in decorating it and bringing it to a more modern style.

‘Diana’s style was perhaps more informal than was usual for a royal palace. She wanted it to be a practical family home as well as a royal residence.

‘So, even though she was married to the heir to the throne she wanted a comfortable environment to raise their two young sons.

‘You get the feeling It was very much a home not just a palace while Diana was there.’

Diana passed away in August 1997 following a car accident in Paris and Kensington Palace continued to be a focal point for her many admirers.

Over one million devoted fans gathered at the gates to mourn the Princess, and continue to mark the anniversary of her death by assembling at her former home.

Historian Professor Kate Williams also shed light on why the royal was so fond of the London home, admitting that it gave her more independence than she was able to find at other royal residence. 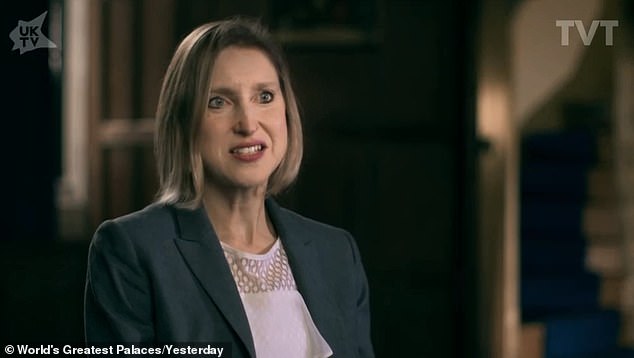 Historian and joint chief curator of Kensington Palace Tracy Borman, 47, from London, detailed the royal’s effect on the palace in the latest episode of Yesterday Channel’s World’s Greatest Palaces 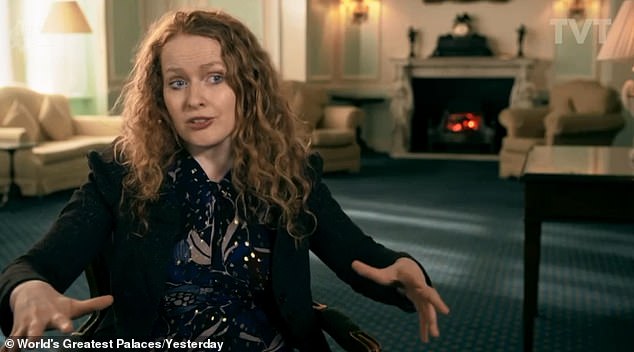 Professor Kate Williams explained why Diana was so fond of Kensigton Palace, explaining that it gave her more privacy and independence than other royal spots

She told how Diana would often sneak out ‘incognito’ with her two children and take them to the cinema or fast food restaurants, and often shopping at various locations on Kensington High Street.

Kate said: ‘She loved it, it was her favourite palace.  It was very convenient to [get to] Kensington High Street ,and she used to go shopping herself quite a lot.

‘She used to take the boys out incognito to the fast food restaurants and to the cinema, and so you could just pop out.’

One of the royal’s most treasured spots at the palace was the Sunken Garden, where her son Prince Harry, 35, announced his engagement to his wife Meghan Markle, 38, in 2017. 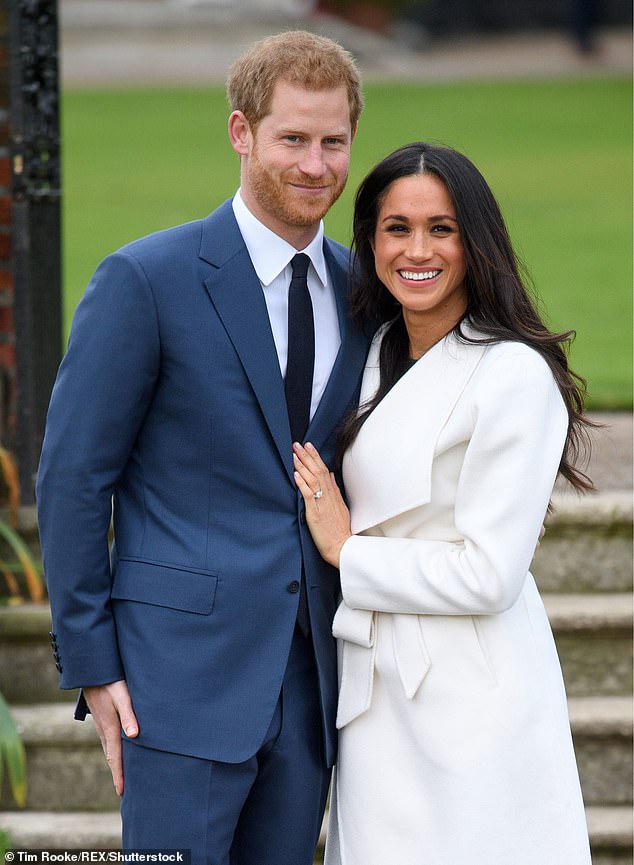 Prince Harry, 35, announced his engagement to his wife Meghan Markle, 38, in 2017 at the Sunken Garden at the palace, which was one of his mother’s most well-loved spots

Estates Operations Manager at the palace, Graham Dillamore, told how he would often bump into Diana in the garden and see her admiring the garden’s flowers.

He said: ‘I can remember seeing Princess Margret in this garden walking around and more recently I remember the days of the Princess of Wales, Princess Diana.’ 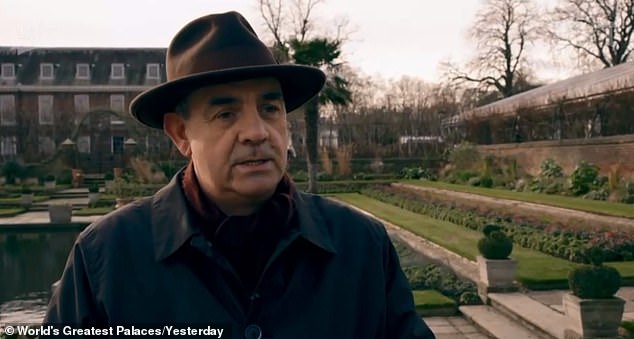 Estates Operations Manager at the palace, Graham Dillamore told how he often used to bump into Diana as she admired the flowers 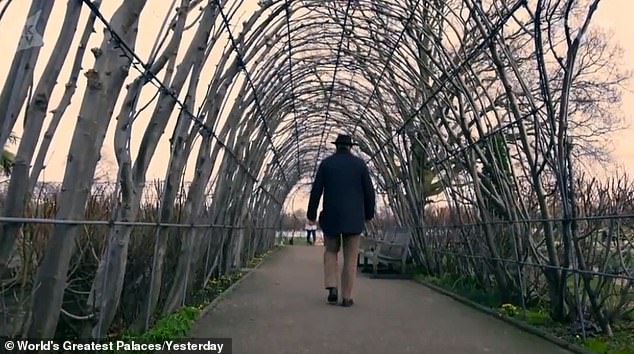 ‘She often admired the flowers and the work we were doing.’

Just two-years ago Prince Harry and Prince William, 37, paid tribute to their mother a the gates of the palace on the 20th anniversary of her death in 2017 – following a memorial visit to the Sunken Garden.

The pair took a few minutes to read the cards and banners attached to the gates of the palace in the same vain they did over two-decades ago following their mothers death.

The palace now boats an exhibition in honour of the royal, titled ‘Diana: Designing for a Princess’ which features pieces from Diana’s wardrobe alongside sketches created for her during the design process. 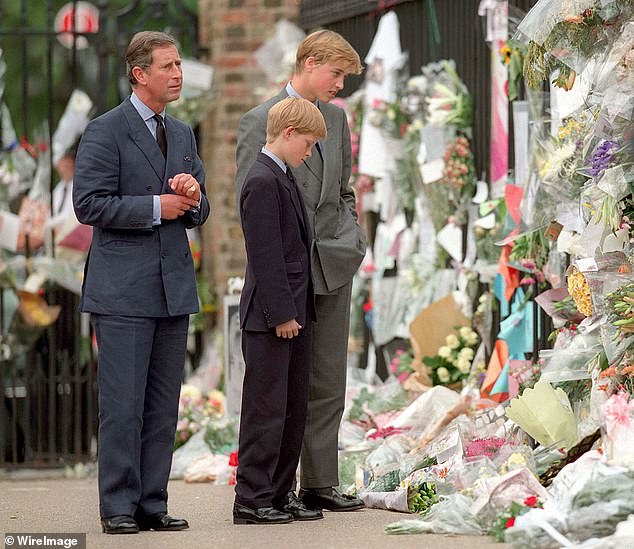 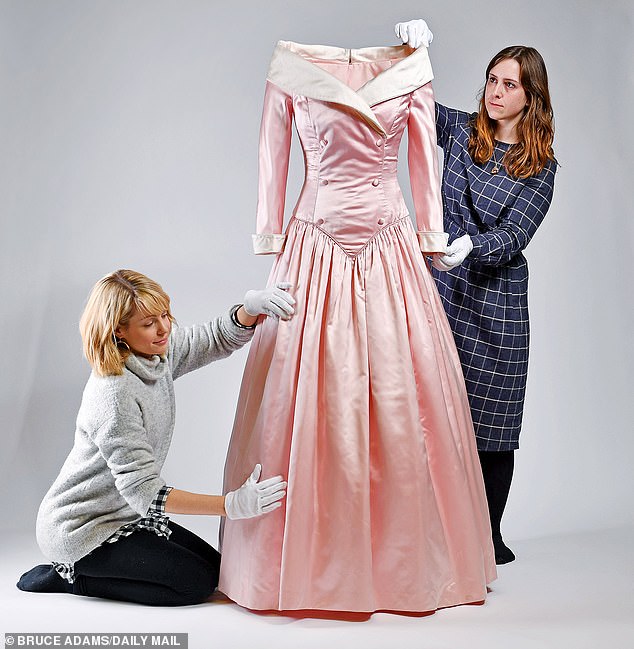 Currently on display is a 1987 evening gown from one of the Princess’ most trusted designers Catherine Walker, accompanied by sketches from designer David Sassoon.

Staff member Giorgio Carosa said of the exhibit: ‘We had two or three hour queue at the height of the exhibition just to get into the rooms here.

‘So it’s really quite beautiful for us to show these dresses. ‘

World’s Greatest Palaces airs on Yesterday at 8pm on Monday