It was perhaps only a matter of time before Princess Diana’s name was invoked in the increasingly fraught outpourings from Thomas Markle.

And so, entering dangerous new waters, Meghan’s father has speculated to The Mail on Sunday that Diana would have ‘loathed’ the way his daughter’s new family has ostracised him.

Mention of his mother, of whom Harry spoke so movingly on the 20th anniversary of her death last year, will be an especially hard issue for him to forgive.

If there is one consolation for the Prince, it is that Mr Markle claims his daughter will be able to help modernise the Royal Family, just as Diana did before her. 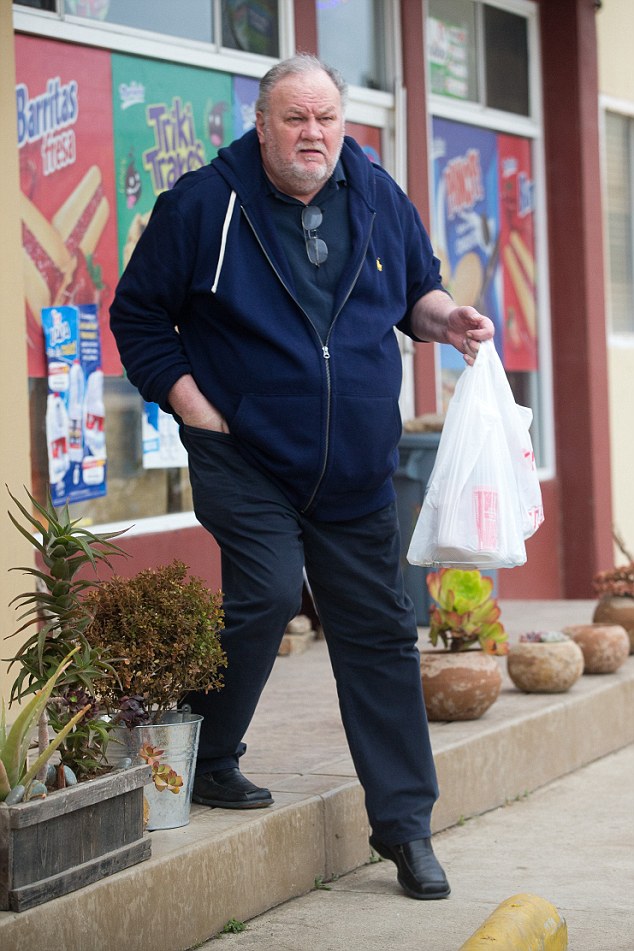 Mr Markle said: ‘They [the Royal Family] have Meghan treating her father in a way that Harry’s mother, Princess Diana, would have loathed. That’s not what Diana stood for.’

He added: ‘Princess Diana is credited with changing the Royal Family, but she wasn’t perfect. She was still very much one of them.

‘I think Meghan’s the one who’ll bring them into the 21st Century, if they’ll let her.’

Perhaps aware that such sensitive comments may risk enraging his Royal son-in-law, he insisted: ‘I don’t care if Harry never speaks to me again, I’ll survive.’

On the other Royals, he has more mixed views. Of the Queen, he said: ‘She can speak to Donald Trump if that’s what she’d rather do, though Lord knows why she agreed to meet with that man.’

Then, as if checking himself, he added: ‘I have a lot of respect for the Queen. I think she’s done a tremendous job maintaining the dignity of the Royal Family in difficult times.’ 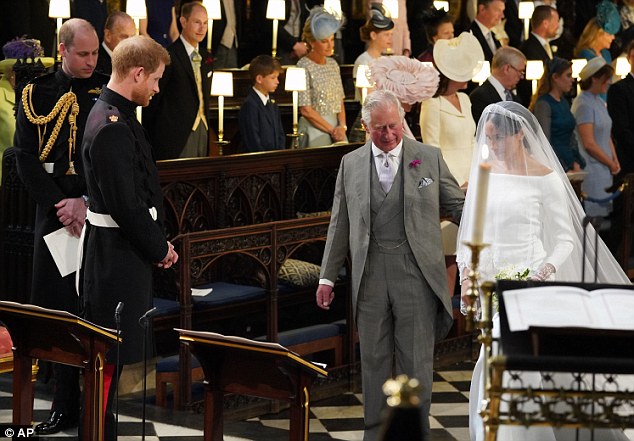 Mr Markle, 74, says Prince Charles (pictured walking Meghan down the aisle on her wedding day) will be a good King

However, Mr Markle added: ‘Who cares these days about a dusty old crown?

‘Okay, maybe it’s been polished, but it’s an ancient institution, stuck in its ways.

‘Still, I think the Queen has worn that crown rather well, and I think Charles will wear it well too, he’ll be a good king.’

The Prince of Wales is, he believes, ‘a man of fine style and elegance. I admire his choice of tailor.’

It is an ironic comment, perhaps, from a man who was caught posing for fake pictures while supposedly being measured up for his royal wedding suit by a tailor who was, in fact, a party shop attendant.

If today’s observations risk alienating him yet further from the Royal family, then Mr Markle is untroubled at risking their wrath. But there is one thing that fills him with dread: the thought that Meghan has changed so much that there is now no hope of a reconciliation.

‘If Meghan never speaks to me again, I don’t know how I can go on without my heart breaking.

‘I blame the Royal Family. I can see the strain Meghan’s under, it’s in her face. The Royal Family has taken her back to the 1930s, and it’s ridiculous.

‘Oh, she shows a little shoulder here, a touch of ankle there, but she’s not the Meghan I knew for years.

‘You can even see her wondering whether she’s doing it right every time she crosses her ankles rather than her legs.’

Perhaps aware his comments risk deepening the rift between Meghan and her family – including her wayward half-siblings Thomas Markle Jr, 52, and Samantha Markle, 53 – he added: ‘I feel for Meghan, because she does have a difficult family.

‘But it’s still her family.’

Thomas Markle suggests that Meghan has a wilful streak that she inherited from her mother, Doria (pictured with her the day before her wedding)