A restaurant beloved by Princess Diana and a host of A-list stars including Elton John and Tom Cruise will not be reopening after lockdown is lifted.

Le Caprice, in Piccadilly, London, described as Princess Diana’s ‘favourite’, is now permanently closed after 38 years in its current location.

It is one of several exclusive London restaurants that will not be reopening post-lockdown.

The restaurant was initially opened in 1947 by Mario Gallati, a former maitre d’ at The Ivy, who ran it until 1975.

In 1981, Chris Corbin and Jeremy King – now of The Wolseley and Brasserie Zedel fame – took over the restaurant and restored it to its former glory.

It went onto become a haven for the stars, including Mick Jagger and Elizabeth Taylor, as well as royals like Princess Margaret and Princess Alexandra before being bought by its current owner, businessman Richard Caring.

Princess Diana was a regular customer at Le Caprice, here pictured leaving the restaurant in January 1994 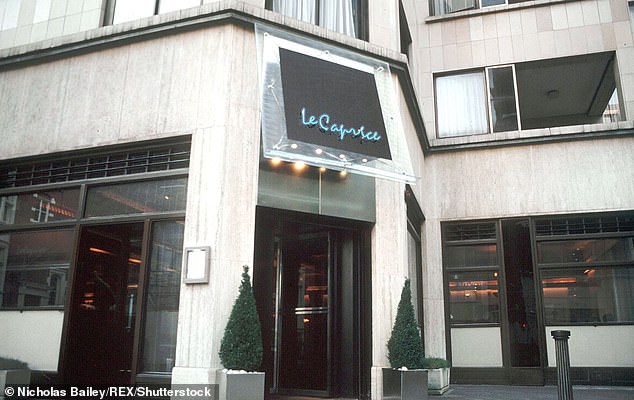 The exclusive Le Caprice, in Piccadilly, London, beloved of Princess Diana, is now permanently closed after shutting its doors when lockdown was announced 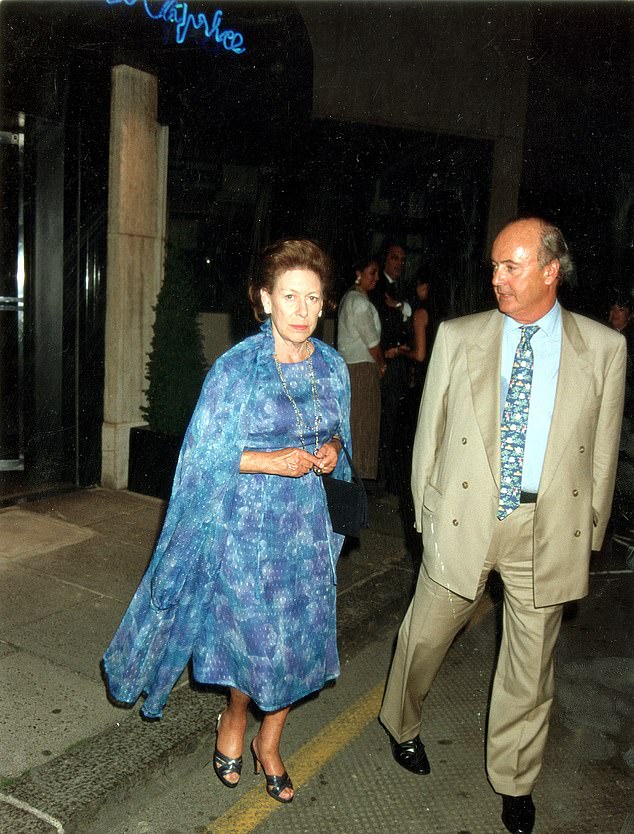 It would lead to his Caprice Holdings restaurant empire, which now includes the likes of The Ivy, Sexy Fish and Scott’s, as well as exclusive club Annabel’s.

Though there are ‘early plans’ to open the restaurant in a new location, they are thought to be at a preliminary stage.

A spokesperson for Le Caprice told MailOnline: ‘Le Caprice has occupied the current site for 38 years and now the lease is coming to an end. The iconic restaurant within the London dining scene will be reborn at a new location currently under negotiation.

‘We thank our clientele for their loyalty and support over the years and assure them that they will be as excited as us with the new plans for this historic brand.’

Caring launched a blistering attack on the government yesterday, warning that Boris Johnson’s ‘weakness and indecision’ on reopening restaurants, pubs and cafes will cost more than two million workers their jobs.

In a rare interview, restaurateur and private members’ club mogul Caring warned the Prime Minister he was ‘killing the country’ by failing to outline when hospitality venues could reopen and whether they would have to abide by the two-metre social distancing rule.

Caring, whose staff have now delivered a million and one freshly cooked free meals to NHS workers and vulnerable people in lockdown, said ministers had grossly underestimated the permanent damage being done to Britain’s 26,000 restaurants. 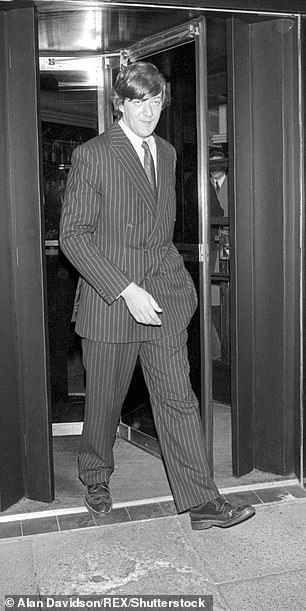 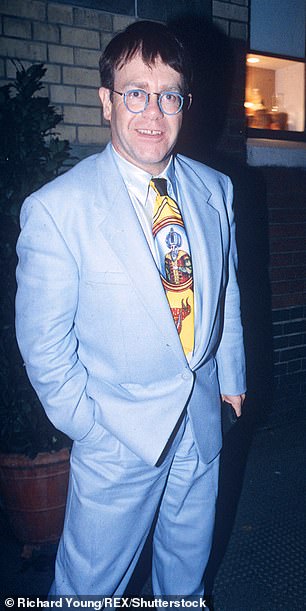 Stephen Fry leaving the restaurant in the 1980s (left). Elton John visiting the establishment in 1994 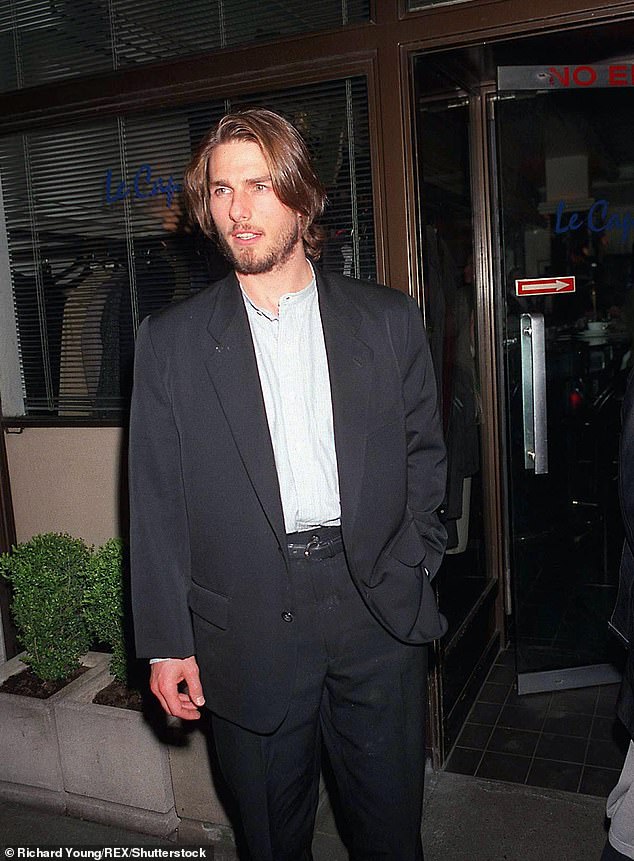 Hollywood star Tom Cruise pictured visiting the exclusive restaurant in 1994, one of several stars to have dined there 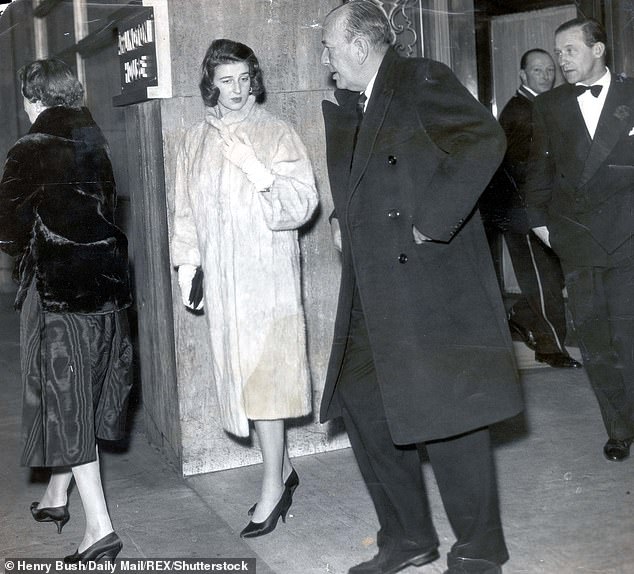 He told The Mail on Sunday that thousands of businesses and their employees were in the ‘eye of a storm’ – surviving thanks only to the Government’s taxpayer-funded furlough scheme that pays staff wages, and a pause on rent and business rates tax bills.

As soon as state aid measures are withdrawn, Caring warned, as many as ’50 per cent or 60 per cent’ of the four-million-strong hospitality workforce could be laid off and restaurants, cafes and bars shuttered for good.

He said the wave of redundancies would be ‘like a volcano’ erupting, with the worst of the pain coming in September and October when the furlough scheme ends. 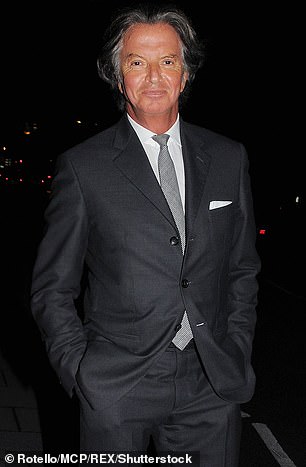 Businessman Richard Caring is the owner of Le Caprice

Calling for urgent action to avert the looming jobs crisis, Caring said: ‘The beginning of the lockdown gave us an initial shock.

‘So as a restaurateur, you believe you can sit tight and survive, and that’s what everyone’s doing. But the big problem that people shy away from is that we’re in the eye of a storm.

‘The fact is, down the road there’s a volcano that is going to bubble over.

‘I don’t think people can see it yet, but everyone in hospitality is beginning to realise they will have to make heavy cuts.

‘This volcano, unless we wake up to it now, it’s going to be horrendous. It’s just going to explode, spewing out unemployed people. The pain and suffering it is going to cause is horrific.

‘There are estimates saying we could have up to five million unemployed. It’s not going to be five million – it’s going to be more. I don’t think we’ve seen anything yet. The Government is killing the country right now and the hospitality industry is the frontline disaster.’

Bloomberg’s Richard Vines revealed on Twitter that Le Caprice, a Caprice Holdings property, would not reopen after lockdown.

Other restaurants in the empire, Scott’s, Sexy Fish and 34 Mayfair are all offering delivery services for the first time.

The closure has not been explicitly linked to the pandemic, though several high profile restaurants have been forced to permanently close their doors amid the crisis.

Among them is the two Michelin-starred restaurant The Ledbury, with chef Brett Graham admitting he cannot operate the establishment with social distancing measures. 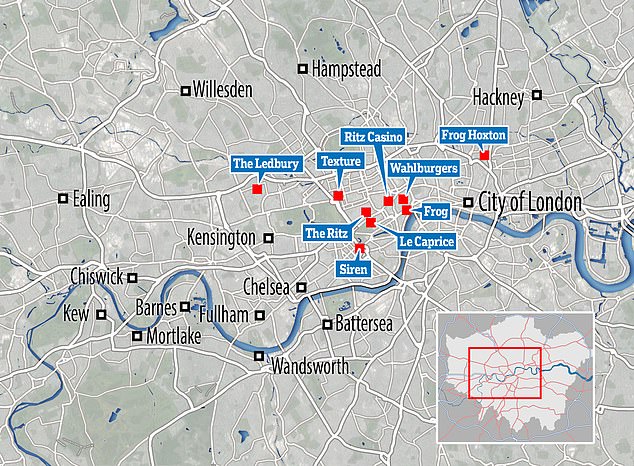 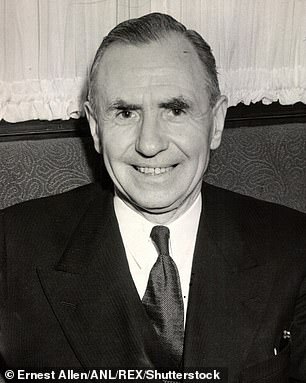 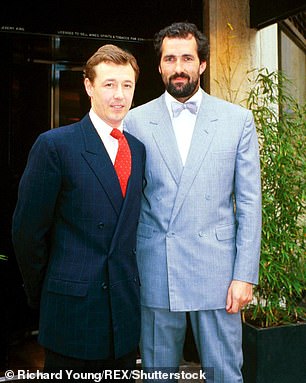 The restaurant was initially opened in 1947 by Mario Gallati (left), a former maitre d’ at The Ivy, who ran it until 1975. In 1981, Chris Corbin and Jeremy King (right) – now of The Wolseley and Brasserie Zedel fame – took over the restaurant and restored it to its former glory

The landlord and the suppliers have been paid in full and the staff have been made redundant.

Siren at the Goring, a seafood restaurant inside the Belgravia hotel, will also not be reopening, despite only launching last year.

After arriving in the capital after much fanfare last year, Wahlburgers, the London branch of Hollywood star Mark Wahlberg’s burger chain, will also not be coming back.

Meanwhile, away from food, the historic Ritz Club and Casino will also not be reopening after lockdown is lifted.

Mr Ottolenghi told BBC Radio 4’s programme: ‘The biggest worry that we have is rent. When corona started and we were asked to close our doors, which is totally understandable because of safety, nobody really addressed the issue of the rents

‘Many, many have not been paying rents. Others have got into arrangements with their landlords, but this has not been solved.

‘Some landlords have been threatening to prosecute and other legal actions against the tenants at restaurants in such a time because they are not paying their rents, and landlords, many of them, rely on the rent to pay their own debts.’