Royal fans are eagerly awaiting the birth of the Duchess of Cambridge’s third child, but there’s already a new tiny royal on the scene in the form of Prince Ernst August Jr. of Hanover’s newborn daughter.

The stepson of Princess Caroline of Monaco and his Russian fashion designer wife Ekaterina Malysheva welcomed their first child, a baby daughter Elisabeth, at the Henriettenstifts hospital in Hanover on 22nd February.

‘With my whole family I am very happy and grateful for the birth,’ he told Hannoversche Allgemeine. ‘My wife and I would like to thank the Henriettenstifts team for the friendly and competent care.’

The couple who have relocated to Hanover after a long stint in London were married in a lavish ceremony at Hanover Market Church in July 2017.

Prince Ernst Jr’s father, Prince Ernst August of Hanover, 64, married Princess Caroline of Monaco in 1999, while she was pregnant with their daughter Alexandra, and she became stepmother to his two sons from his first marriage Ernst Jr and Christian. 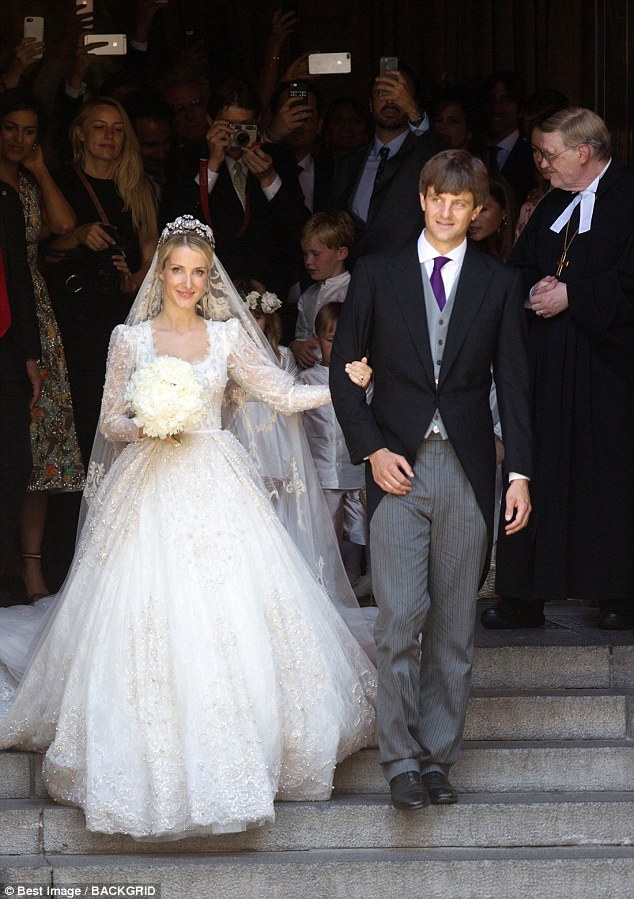 After 10 years, press reports emerged that the couple were living separately and Prince Ernst went on to strike up a relationship with a beauty queen, 27, from Romania, which has since ended.

He and Princess Caroline remain legally married to each other.

Banker Prince Ernst Jr, 34, and his 32-year-old bride Ekaterina, have been together for seven years and lived together in London before relocating to Hanover

Ekaterina also runs her own clothing line, EKAT, which counts stars including Sienna Miller and Rita Ora among its fans. 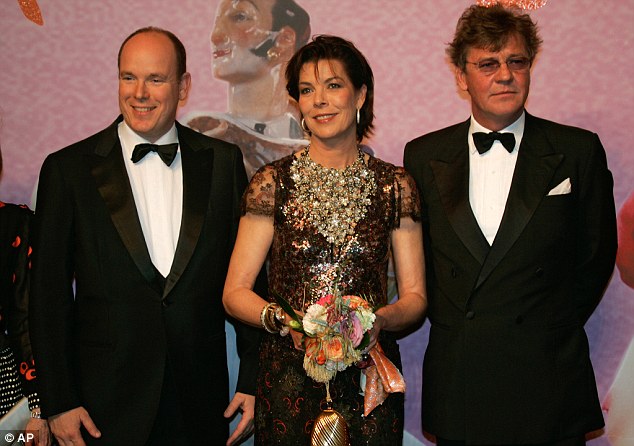 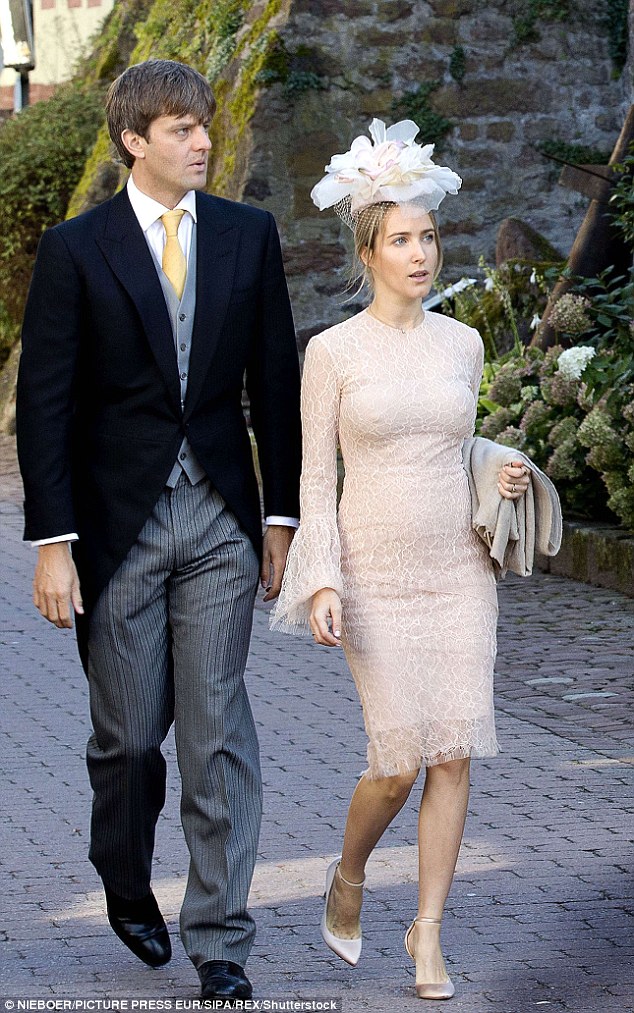 The talented creative was born in Russia but grew up in Prague.

She moved to the UK at the age of 19 to study at the London College of Fashion before going on to start her own business.

Prince Ernst-August V reportedly refused to give the union his blessing after Prince Ernst proposed to Ekaterina during a family holiday in Greece.

The older Prince was said to want properties and titles he gifted to his son signed back over into his possession, including the iconic Marienburg castle, where the wedding dinner was held.

The Prince heads up the royal House of Hanover, which provided monarchs to Great Britain from 1714 to 1901. His mother-in-law was the famed Hollywood icon Grace Kelly.

However the Prince also has a chequered past. In 1999 he allegedly assaulted a journalist as he returned from a charity gala. And in 2000 he caused a public row by urinating on the Turkish Pavilion at the Expo 2000 event in Hanover.