Low-key, but lovely! Princess Sofia of Sweden looks stylish in a recycled Hugo Boss navy coat as she attends a conference on youth issues

Princess Sofia of Sweden once again showed she is effortlessly stylish during an event earlier today.

The 34-year-old wife of Prince Carl Philip made an appearance at the National Conference of Youth and Civil Society Issues in Stockholm.

The two days-long event is aimed at developing and promoting knowledge and the living conditions of young Swedes, as well as society as a whole.

The coat, which costs £525, has become a staple in the Swedish princess’s wardrobe. 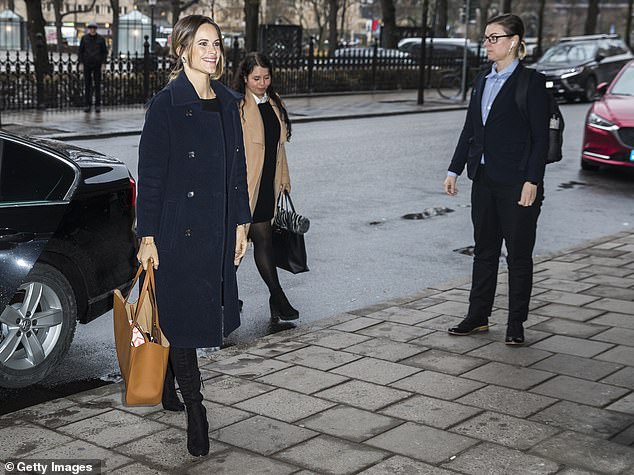 Princess Sofia of Sweden, 34, sported a discreet and stylish ensemble as she attended a conference focused on the Swedish youths today 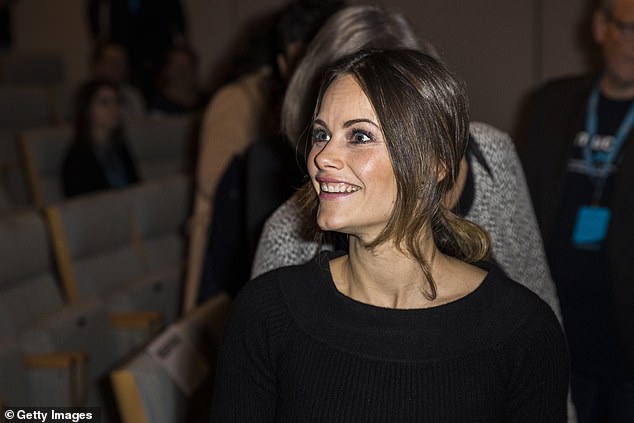 The Swedish royal sported eyeliner and a dash of blush and lipgloss, which complimented her natural glow 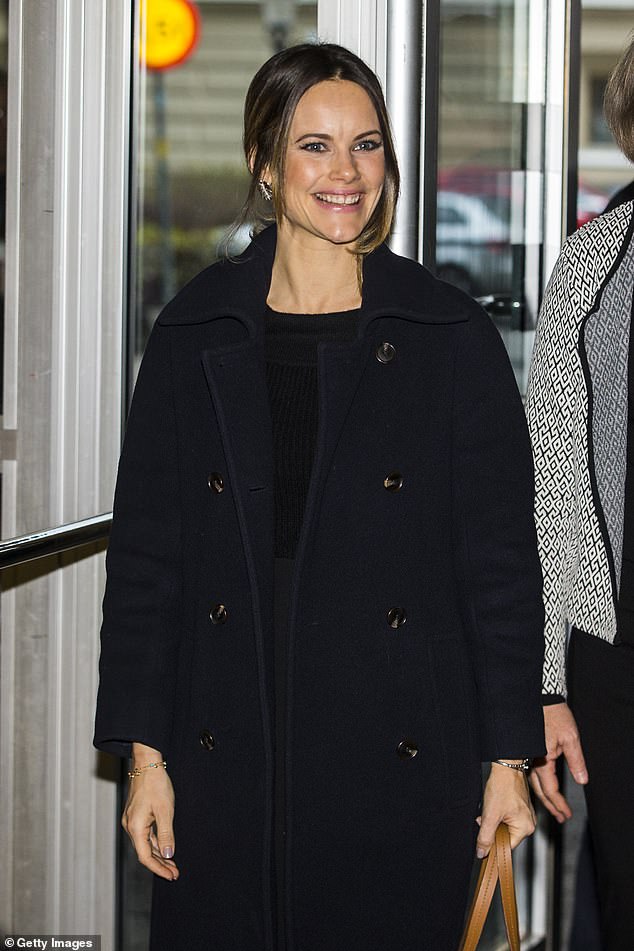 Sofia sported a favoured Boss by Hugo Boss navy coat over a black ensemble, and added a pop of colour with a tan leather bag

She wore it on November 16 during an event promoting the work of an association providing the children of Cape Town with extra-curricular activities.

The rest of the outfit was discreet and stylish. Sofia donned a high-waisted black midi-skirt with a round neck wool sweater in the same colour.

She also sported a pair of black suede knee-high boots and tights to complete the look.

She accessorised with a silver bracelet and watch on her left wrist, and a shiny pair of earrings. 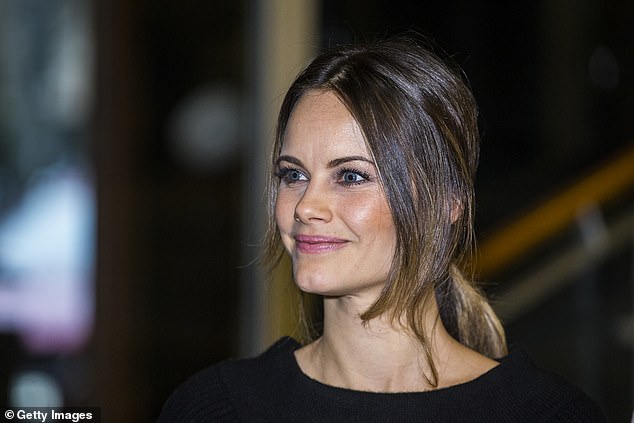 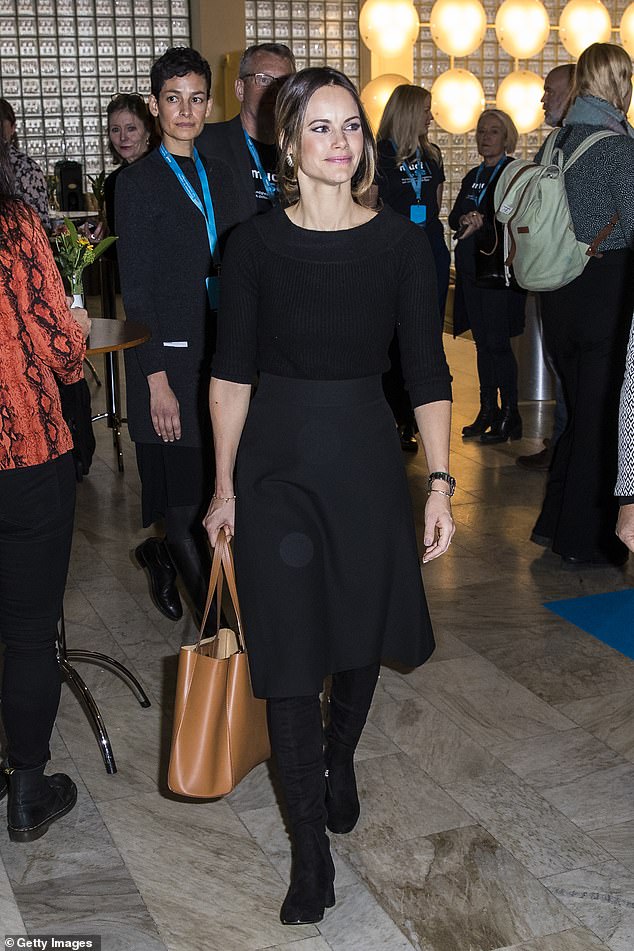 All in back. The Swedish royal donned a high waisted skirt with a woolen sweater and Swede knee high boots 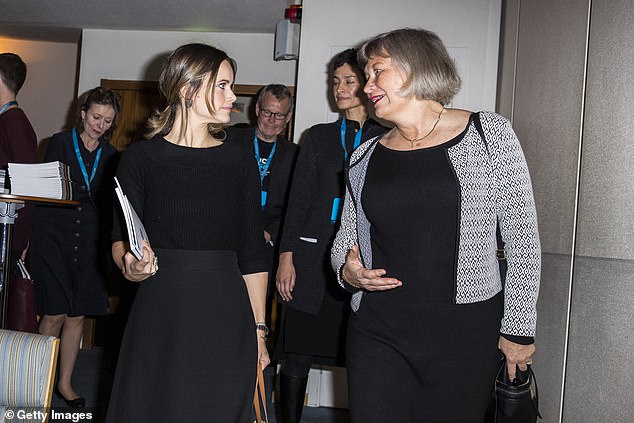 A trace of eyeliner circled her piercing blue eyes, and a dash of blush and lipgloss embellished her natural glow.

She looked engaged and in great spirits as mingled with the other attendees.

The issue of child and youth welfare is dear to the Swedish royal child and youth science, children’s communication and the UN Convention on the Rights of the Child in theory.

The National Conference of Youth and Civil Society Issues looks into the welfare of young people across Sweden. 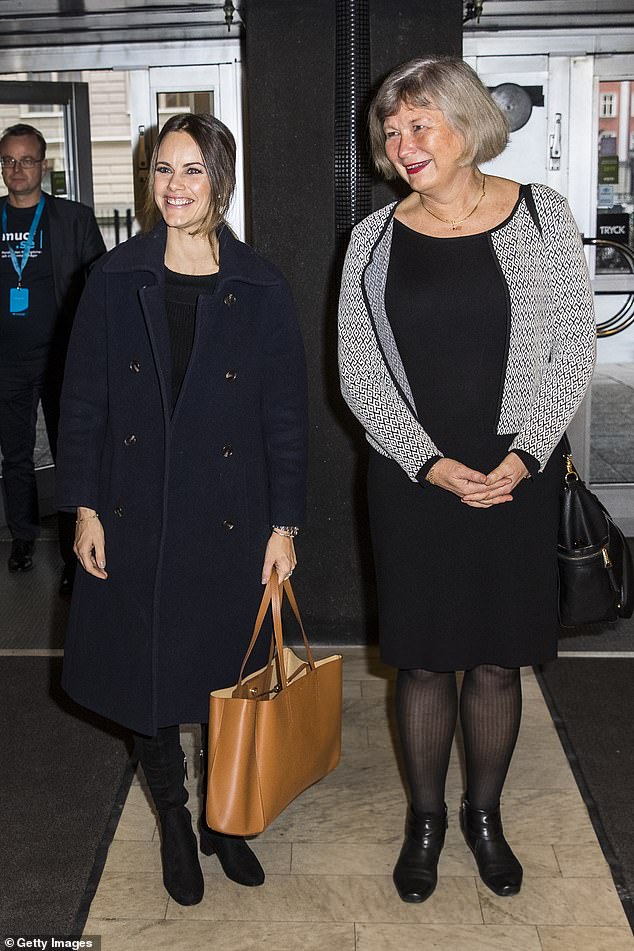 The event, which took place at the Stockholm City Conference Center, focused on policy promoting the welfare of young people in Sweden 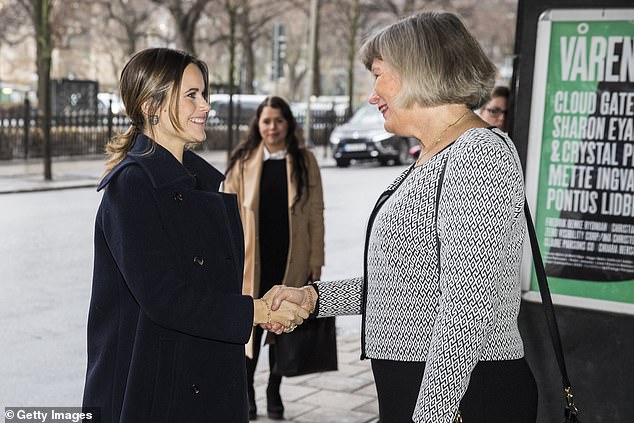 Sported her Boss by Hugo boss recycled coat and a warm smile, Sofia shook the hand of one of the event’s organisers as she arrived 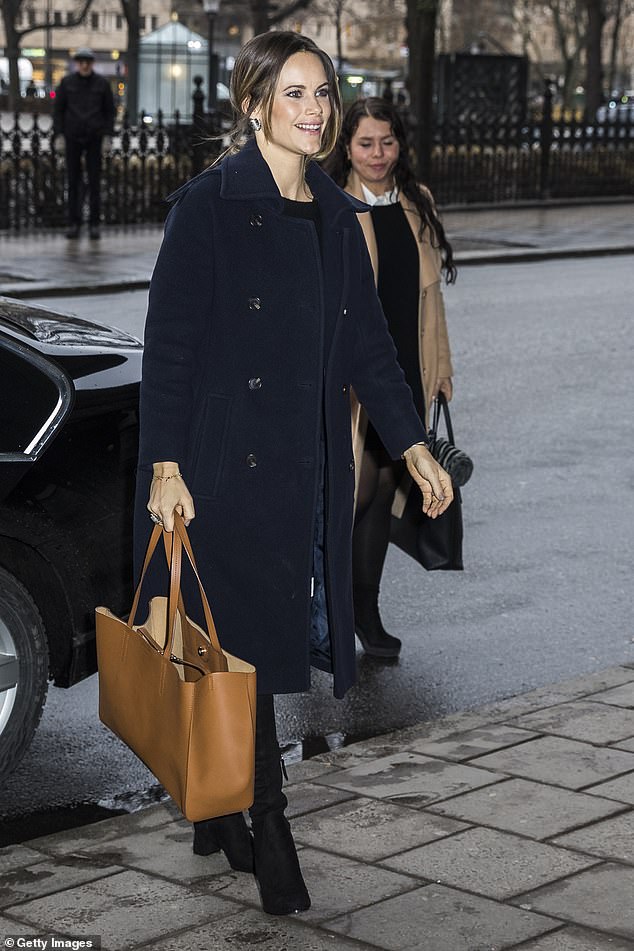 Youth issues are a subject dear to Sofia’s heart. The royal studied child and youth science, children’s communication and the UN Convention on the Rights of the Child in theory 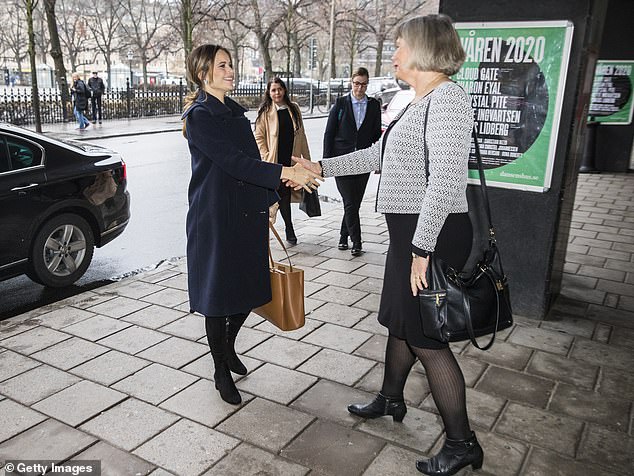 The conference, which debuted today, welcomed the royal during its first day and will reconvene tomorrow for another day of talks 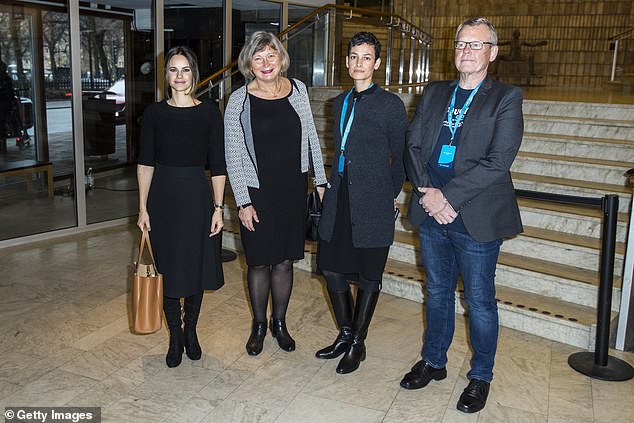 The Princess posed with some of the event’s organisers this morning. The conference is organised by a government agency

One of its objectives on both the local and national level is to make sure policies regarding youths are developed and implemented to insure the best living conditions for the young people of the country.

The government agency behind the conference, the Authority for Youth and Civil Society, makes contributions to associations, municipalities as well as International organisations.