Crown Princess Victoria of Sweden attended a ceremony marking the 75th anniversary of the liberation of Auschwitz-Birkenau today in Poland.

The mother-of-two, 42, was joined by powerful European figureheads including Swiss President Simonetta Sommaruga and President of Lithuania Gitanas Nauseda, at the former Auschwitz II-Birkenau camp.

Crown Princess Victoria cut a sleek silhouette in head-to-toe black, clashed with a chic white blouse as she paid her respects to the victims of the Holocaust.

Her European counterparts appeared equally solemn, as they stepped out in the dark shade to indicate a time of mourning. 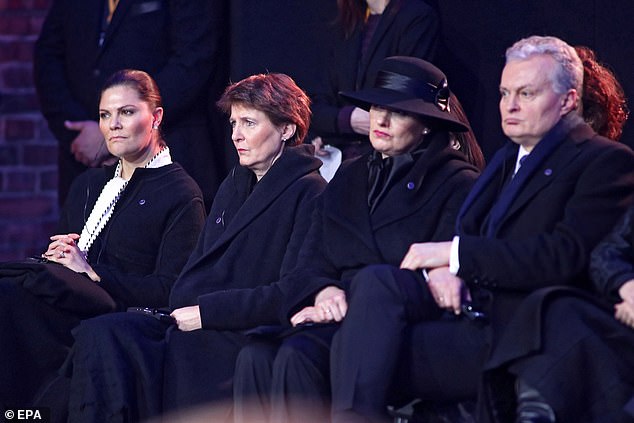 Crown Princess Victoria of Sweden opted for a toned down look, sweeping her hair into a tight bun along with subtle makeup.

She avoided drawing attention to herself by choosing minimal accessories.

The royal lit a candle at the Monument to the victims at the former Nazi German concentration and extermination camp.

The biggest German Nazi death camp, KL Auschwitz-Birkenau was liberated by the Soviet Red Army on 27 January 1945. The world commemorates its liberation by International Holocaust Remembrance Day annually on 27 January. 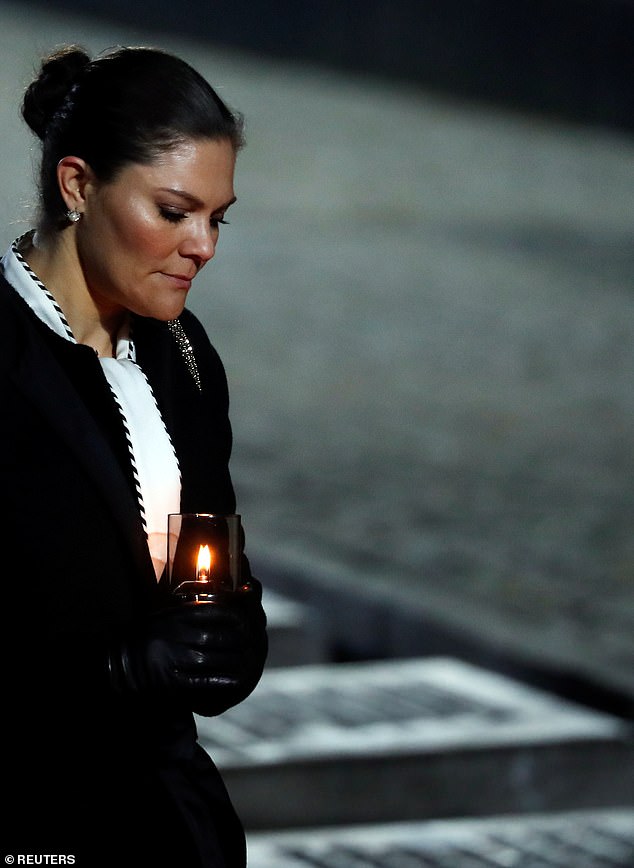 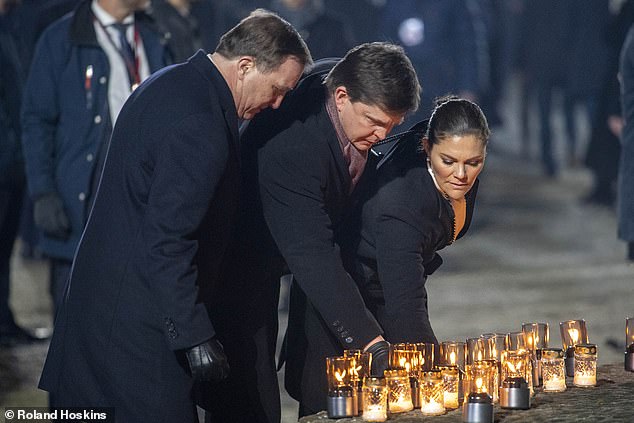 KL Auschwitz-Birkenau which was the largest German Nazi death camp, was liberated by the Soviet Red Army on 27 January 1945

An estimated 1.1 million of those deported to Auschwitz, are believed to have died at the camp, according to data from the Auschwitz-Birkenau Memorial and Museum.

More than 200 survivors came from across the globe to the camp the Nazis built in Oswiecim in then-occupied Poland today.

They shared their testimonies as a stark warning amid a recent surge of anti-semitic attacks on both sides of the Atlantic.

Crown Princess Victoria who is next in line to the Swedish throne which is currently reigned by her father King Carl XVI Gustaf, was visibly emotional at the heart-wrenching ceremony. 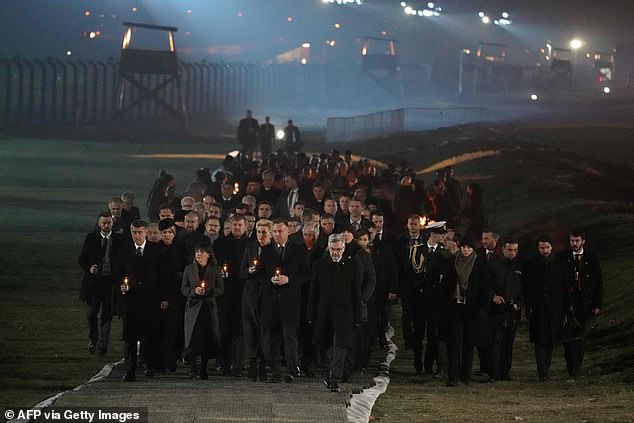 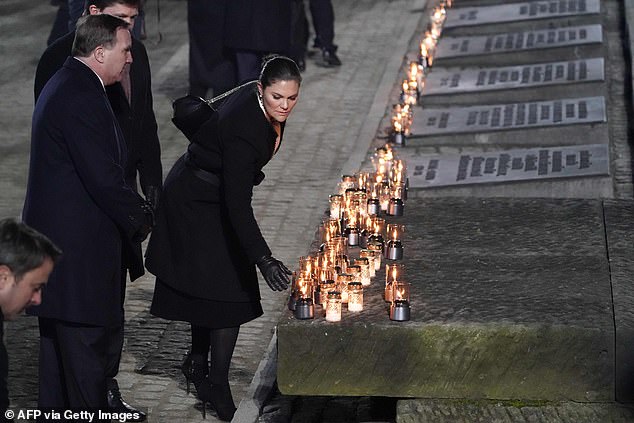 Crown Princess Victoria indicated her sense of mourning by opting for head-to-toe black, clashed with a white blouse 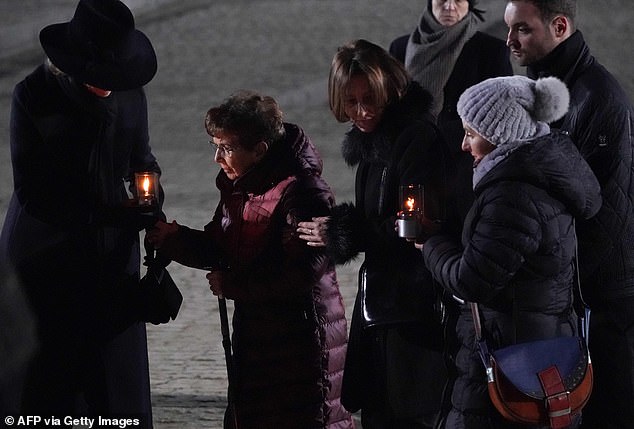