A soon-to-be released man who escaped from prison was taunted by prison guards who goaded him into the jailbreak, a court has heard.

Ronald Kelly, 26, appeared in Darwin Local Court on Thursday, where he pleaded guilty to escaping from Holtze Correctional Facility in September.

The 26-year-old was sentenced to two months’ jail for the brazen escape, which must be served on top of his remaining two-week sentence, NT News reported.

Ronald Kelly, 26 (pictured), appeared in Darwin local Court on Thursday, where he pleaded guilty to escaping from Holtze Correctional Facility in September

Mr Kelly’s lawyer, Marty Aust, told the court his client wasn’t a dangerous man who was on the cusp of being released but had been baited by guards into escaping.

He claimed prison guards coaxed Mr Kelly into escaping, saying: ‘When are you going to run off? We have got bets on it’ and ‘If you escape we’ll get a pay rise’.

The allegations comes amid negotiations between Northern Territory prison guards and the Gunner Government over minimum staffing levels and pay disputes.

While Mr Aust described the incident as a ‘foolish crime at best’, he said Mr Kelly had been classified as an ‘open prisoner’ who was due for release in mid-November.

He also said when Mr Kelly ‘walked off’ from the minimum security section of the jail he didn’t do anything ‘overtly criminal’.

Following his return to the prison, the lawyer said Mr Kelly lamented his decision to leave the facility that day.

‘He wishes he didn’t walk, he wishes he had the mental strength to withstand the teasing or bullying,’ Mr Aust said.

When he handed down the sentence, Judge Michael Carey said, despite the alleged taunting, Mr Kelly’s decision to leave the prison that day was a ‘silly mistake’.

‘Whatever happened, it was a very silly mistake when you had so little time to go,’ Mr Carey said.

Another inmate, Clinton Price, was also sentenced to five months’ jail for escaping at the same time as Mr kelly and for giving police a false name. 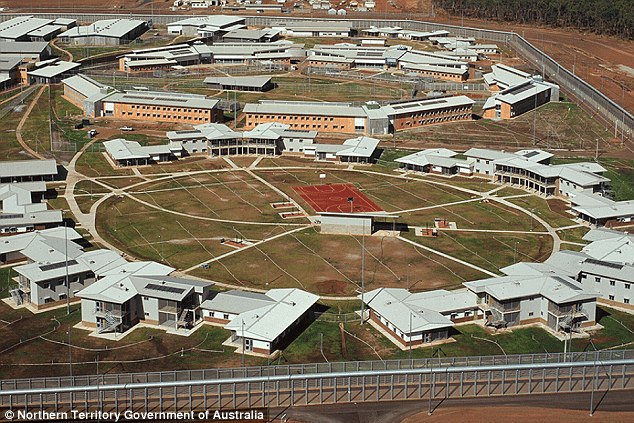