Prison librarian, 41, is suspended ‘after she romped with an inmate leaving him with a pair of her giant knickers that he then passed around his wing’

Prison librarian Sharon Mawdsley, 41, was suspended from Kirkham prison in Lancashire after reports she had sex with an inmate

A prison librarian has been suspended after claims that she had sex with a prisoner – and then gave him a pair of her ‘giant knickers’ as a trophy.

Sharon Mawdsley, 41 from Blackpool, is reported to have been ‘permanently excluded’ from Kirkham prison in Lancashire in July.

The exclusion follows reports of her sleeping with a prisoner – who then boasted about their relationship to fellow inmates.

The prisoner, who is believed to be married, boasted about having sex with Mawdsley and paraded around a pair of her ‘giant knickers’ so that the other prisoners would believe his story.

Just 48 hours later, an investigation was launched with the prisoner transferred and librarian Mawdsley suspended.

A source told the Daily Star: ‘The guy was telling everyone that he was having sex with a staff member, but no-one believed him.

‘Then he paraded the pair of knickers around. They were massive great apple catchers. Unluckily for him, the gossip spread quickly and the screws found out.’ 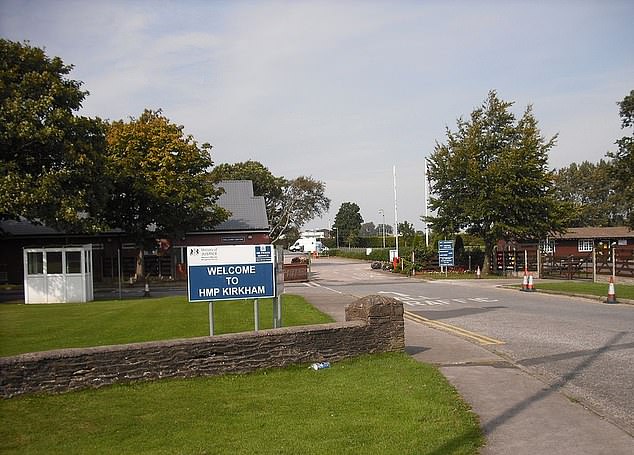 Mawdsley was working at the prison for Lancashire County Council’s library service, but has since left.

A spokesperson for Lancashire County Council said: ‘I can confirm that our employment of a member of staff who worked within HMP Kirkham ended in July 2018.

‘It would be inappropriate to comment further on any issues that are subject to the legal process.’