A prisoner has been stabbed to death at HMP Wormwood Scrubs, Scotland Yard has said.

The man was found with a number of knife injuries on Wednesday afternoon at the prison in west London.

He was pronounced dead at the scene.

A Metropolitan Police spokesman said: ‘Police were called at 3.19pm on Wednesday January 31 to reports of a male with stab injuries at HMP Wormwood Scrubs.

‘A male was later pronounced dead at the scene.

‘No arrests have been made. Enquiries are ongoing.’

The man has not been formally identified and his family have been informed, police said.

A post-mortem examination will be held in due course.

Built in the late 19th century, Wormwood Scrubs held 1,131 inmates as of the end of December.

An inspection report published in December warned the ‘iconic’ jail was ‘still not safe enough’ with high levels of often serious violence. 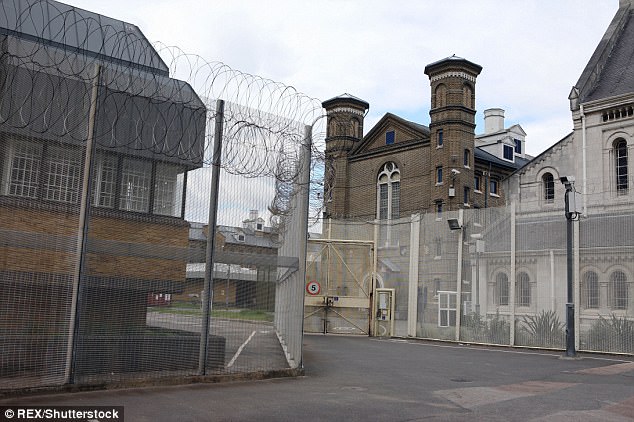 A report just before Christmas found chronic staff shortages, food running out and a surge in violence among its key findings 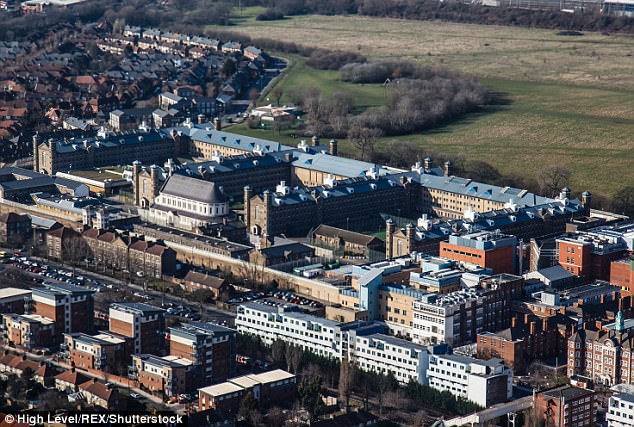 The Met Police said: ‘A male was later pronounced dead at the scene. Efforts are ongoing to inform the next of kin. We await formal identification’

The assessment detailed how the prison struggled to provide decent conditions, with outside areas strewn with litter, attracting rats and cockroaches.

Too many men were locked up for significant periods of the day, some for as long as 23 hours, HM Inspectorate of Prisons found.

Publishing the report, Chief Inspector of Prisons Peter Clarke said: ‘Overall, this was an extremely concerning picture, and we could see no justification as to why this poor situation had persisted since 2014.’

The incident comes amid ongoing concern over safety in prisons in England and Wales.

Figures published last week showed three of the 295 deaths in prison custody in 2017 were homicides.

The statistics also revealed the number of assaults behind bars was at a new record level, with 28,165 incidents in the 12 months to September.

WORMWOOD DEATH IS LATEST IN STRING OF PRISON DEATHS

The death at Wormwood Scrubs is the latest involving inmates in prisons.

Jamal Mahmoud, 21, was stabbed to death and two others were injured in the attack at HMP Pentonville in October 2016

Murderer John York, 25, was killed at Long Lartin Prison in Worcestershire in May 2015