Priti Patel has been urged to help ‘powerless’ Westminster council shut down a Park Lane homeless encampment where a brothel was run from a tent near a primary school.

In a letter to the Home Secretary, the leader of the city council Rachael Robathan requested the Home Office do more to combat the smuggling of people to Britain and ramp up immigration laws.

The homeless encampment located on a central reservation of the highly sought-after road in Mayfair has been in place for seven years and the council leader claims it has led to several examples of anti-social behaviour, The Sunday Telegraph reports.

One such instance includes a brothel run out of a tent by two British sisters which, after being served seven notices to leave, finally moved on in 2019 to avoid prosecution.

A large encampment has been present on Mayfair’s Park Lane for the past seven years and the council say they are ‘powerless’ to remove it. Pictured: An encampment in Mayfair in November this year 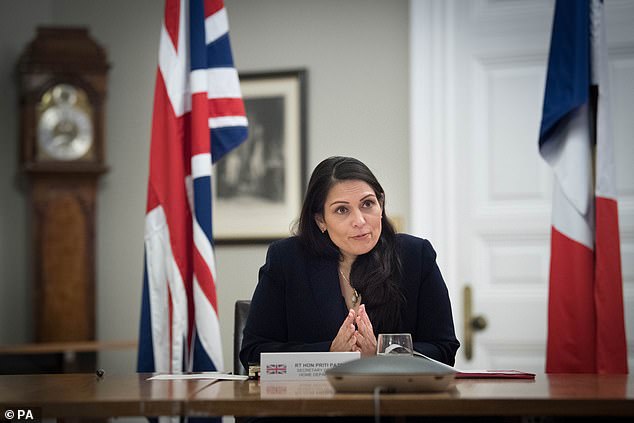 In a plea to the Home Office, in an extract shown exclusively to MailOnline, Robathan said: ‘We can and do routinely clear sites like this and offer people better alternatives, but the reality is they or others return to the same location fairly quickly.

‘We don’t have the legal powers or resources to deal with encampments where people refuse or aren’t entitled to our help – even where they engage in anti-social behaviour, for example drug dealing or even sex services inside tents.’

All Souls C of E Primary School, on Foley Street, received several complaints in summer 2018 after the two sex workers and their dog pitched their tents outside the gates and were offering parents sex while doing the school run.

The letter adds that some of their business was conducted with the tent doors open and people witnessed naked clients getting dressed outside the tent.

It also caused other disruption including drugs and alcohol abuse as well as condoms strewn on the floor and laundry left on people’s fences. 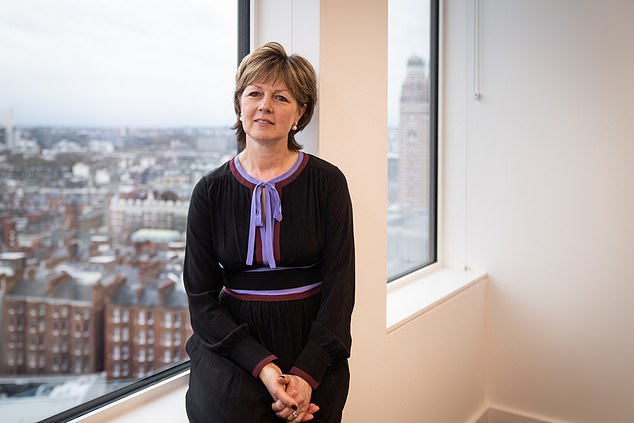 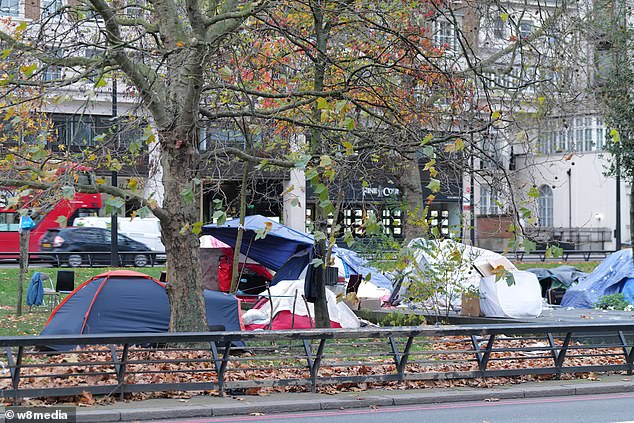 They were served seven tent notices but each time they moved to avoid prosecution until a Community Protection Notice written warning was served in February 2019 and the women relocated to Covent Garden.

The brothel is one of several examples the council chief used to highlight the affluent areas problems with anti-social behaviour within the homeless community.

The large encampment, located near Hyde Park, is said to attract Roma families from Romania and the council leader said people and businesses in the area were angry and frustrated at the illegal campsite.

Many of those living at the site wash in fountains and go to the toilet in subways.

One woman, a 27-year-old mother named Diana said she sent the money she collected begging back to her children in Romania.

Robathan also drew the Home Secretary’s attention to a similar camp near Downing Street which she said could be a terrorist threat as they cannot be searched under current laws. 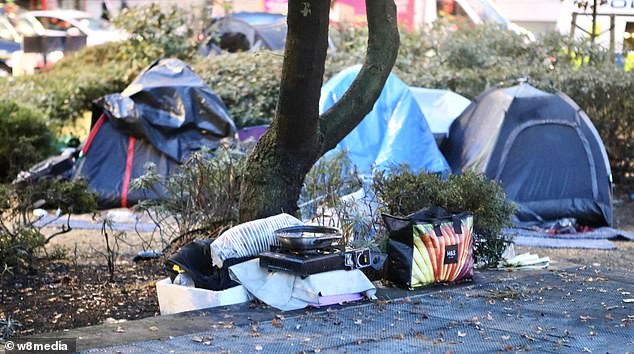 Robathan warned that people living in tents poses a potential terrorist threat as they cannot be searched under current laws. Pictured: The encampment last year

She wrote: ‘Both the council and the police have limited powers to tackle this issue, as neither authority can enter or remove the tent structure without lawful cause.

‘Removing tents via the court process is slow, and the geographical parameters of any removal order granted are site specific.’

In her letter she continued to inform the Home Office that Westminster attracts more rough sleepers than any other area of the country, with the council working with at least 2,500 people this year alone.

A street count conducted in September found 269 people were sleeping rough in the area – 151 of which were confirmed foreign national rough sleepers.

Robathan stated since 2018 the number of foreign nationals has consistently remained around half the number of people on the streets.

‘Most individuals have housing in their home country but they insist they do not want to return home and instead remain on our streets, placing them at high risk of developing complex and longer-term problems and entrenchment,’ she added.