One of Britain’s best-known private equity barons will make £50m when The Hut Group floats this month.

Dominic Murphy, who led the £12billion takeover of Boots in 2007 when he was a partner at KKR, is one of a string of City big-hitters set for a significant windfall from the online retailer’s £4.5billion stock market listing.

He has a stake in The Hut Group believed to be just over 1.1 per cent, which is expected to be valued at around £50m when the company floats, and sits on the board as a non-executive director.

Windfall: Dominic Murphy has a stake in The Hut Group believed to be just over 1.1 per cent

The Hut Group has emerged as one of the major winners from the shift to online shopping during lockdown, selling a plethora of beauty and health products through its 200 websites.

Its founder Matt Moulding’s stake is worth £765m. He will receive up to £700m of shares if the company reaches a value of £7.25billion in the next two years.

Former Tesco boss Sir Terry Leahy holds a stake worth £100m, after buying in at a tenth of the price, and is expected to cash out a proportion of his shares.

Sir Tom Hunter, the former owner of House of Fraser, has been an investor for ten years after mentoring Moulding. His firm, West Coast Capital, owns a 3.37 per cent stake, which will be worth more than £150m when The Hut lists. Former Debenhams boss Terry Green and Angus Monro, the former boss of Matalan, are also shareholders.

Murphy rose to fame at KKR when he helped orchestrate the acquisition of Alliance Boots in 2007 – Europe’s biggest leveraged buyout – and its subsequent £17billion merger with US rival Walgreens.

He struck up a relationship with Moulding while he was KKR’s London partner and was again a key player when the American private equity giant bought a 20 per cent stake in The Hut Group in 2014. Back then it was valued at £500m.

Murphy put his own money into The Hut Group and took a place on the board, which he kept when he left KKR to start his own investment firm 8C Capital.

In 2018, in a rare setback, he was forced to abandon 8C’s inaugural £890m fundraising when his co-founder quit to re-join KKR, leaving him to ‘take stock’. Murphy became head of UK investments at KKR’s rival CVC Capital Partners last year. KKR will sell its 17.8 per cent stake when The Hut lists but Murphy will hold on to his shares and his place as a non-executive director. 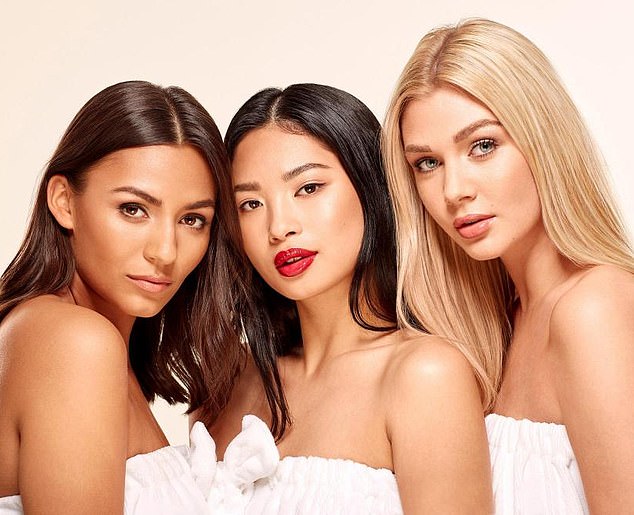 Beauty boom: The Hut Group sells a plethora of products through its 200 websites

The firm is planning to sell £920m of shares in the offering.

Moulding, the son of a tarmac layer, has been accused of ‘awful’ corporate governance standards due to his insistence that he hold both the chief executive and executive chairman roles. He insists the role of executive chairman is common at other top global firms, including investment banks JPMorgan and Blackrock.

The Hut will also transfer its properties into his personal ownership – meaning he will be able to charge it £19.4m in annual rent.

One analyst called it an ‘outrageous amount’.