The Mayfair club, known as a number one hangout for VIPs and royals, opened its stunning, vibrant facade this evening.

It has been made to look like a carousel at a Christmas fair, decorated with intricate detail and gold paint.

It is adorned with red velvet draped curtains featuring gold fringing, and almost looks like a fully-functioning carousel as it is completed with unicorns.

The club’s tall black door has also been adorned with a thick wreath made from baubles in festive colours.

The club, which is situated at 46 Berkeley Square in Mayfair, first opened in 1963 and was refurbished and expanded in 2018. 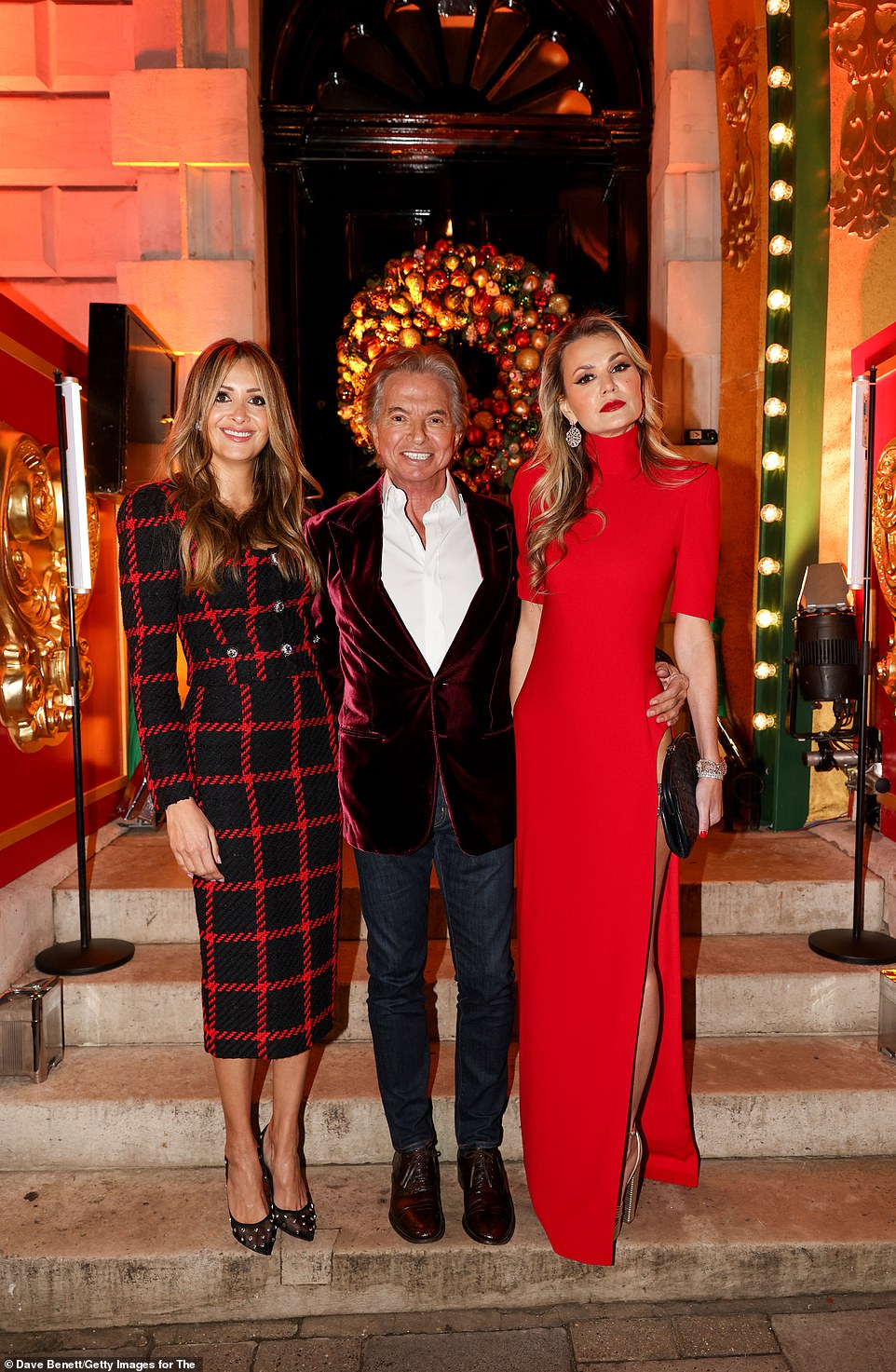 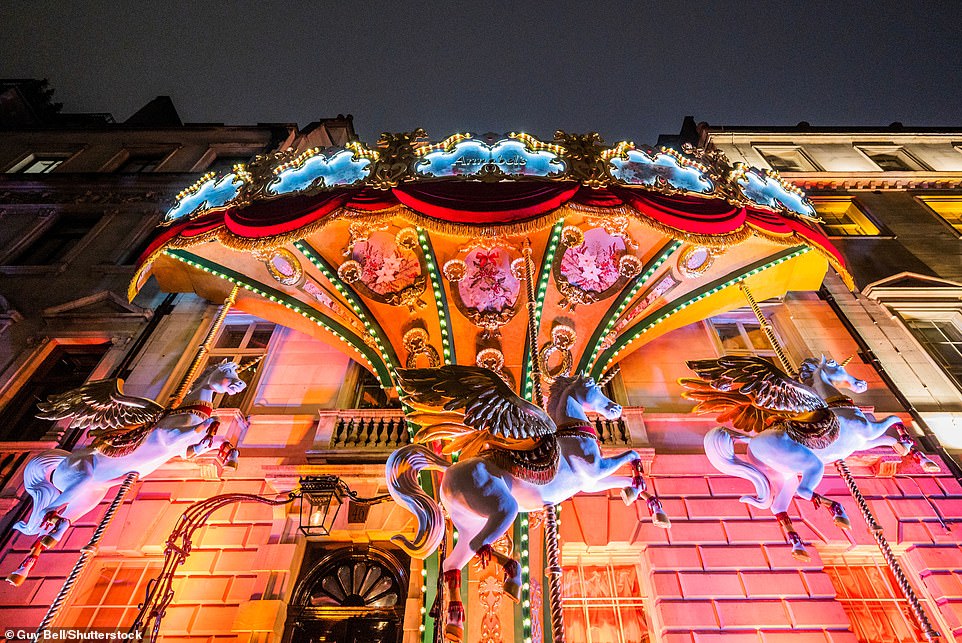 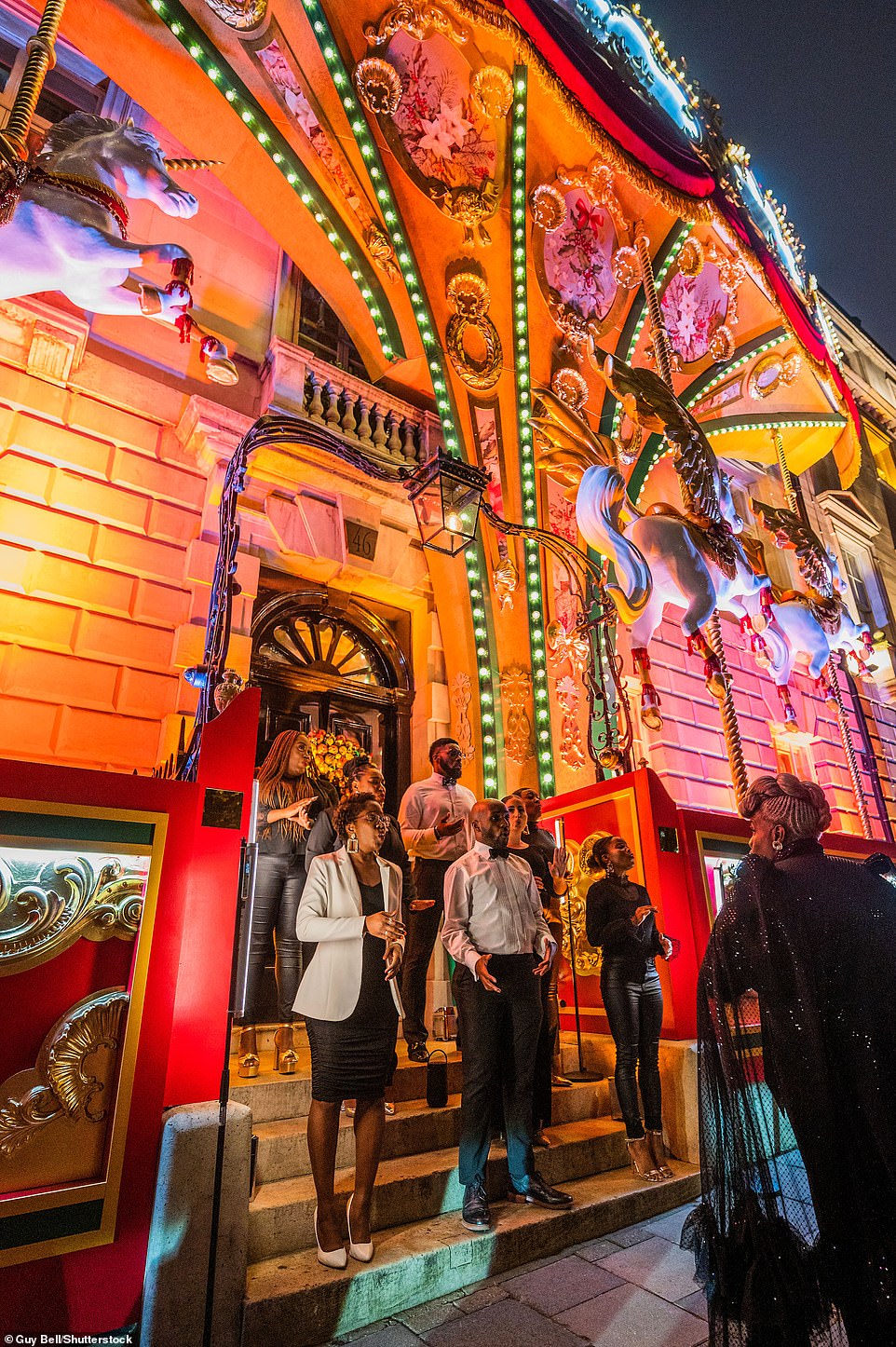 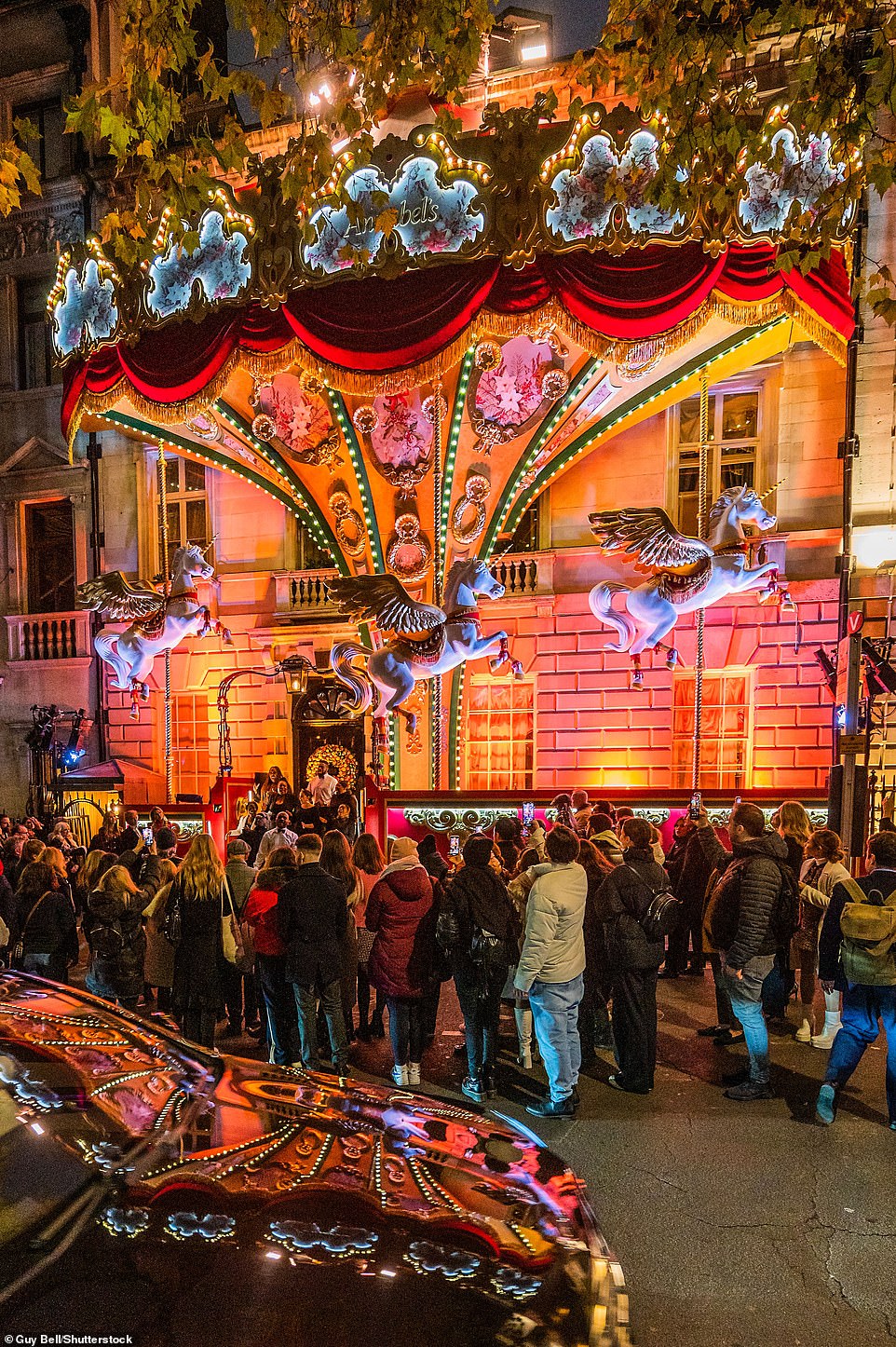 Crowds gathered outside and took photos of the stunning, intricate Christmas facade outside the private members’ club 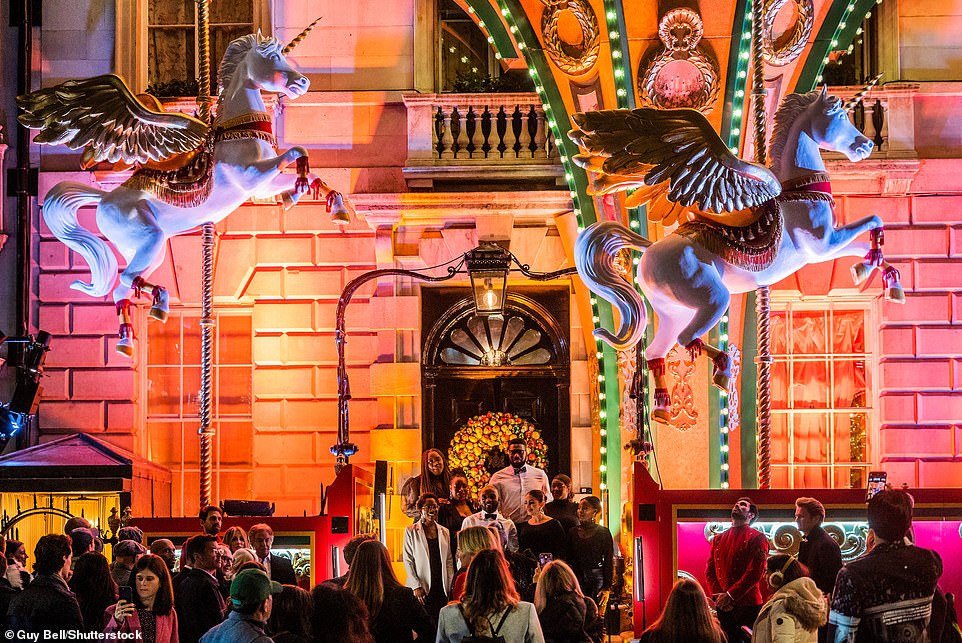 The facade was made to look just like a real carousel, complete with unicorns, lights and intricate detailed paintings 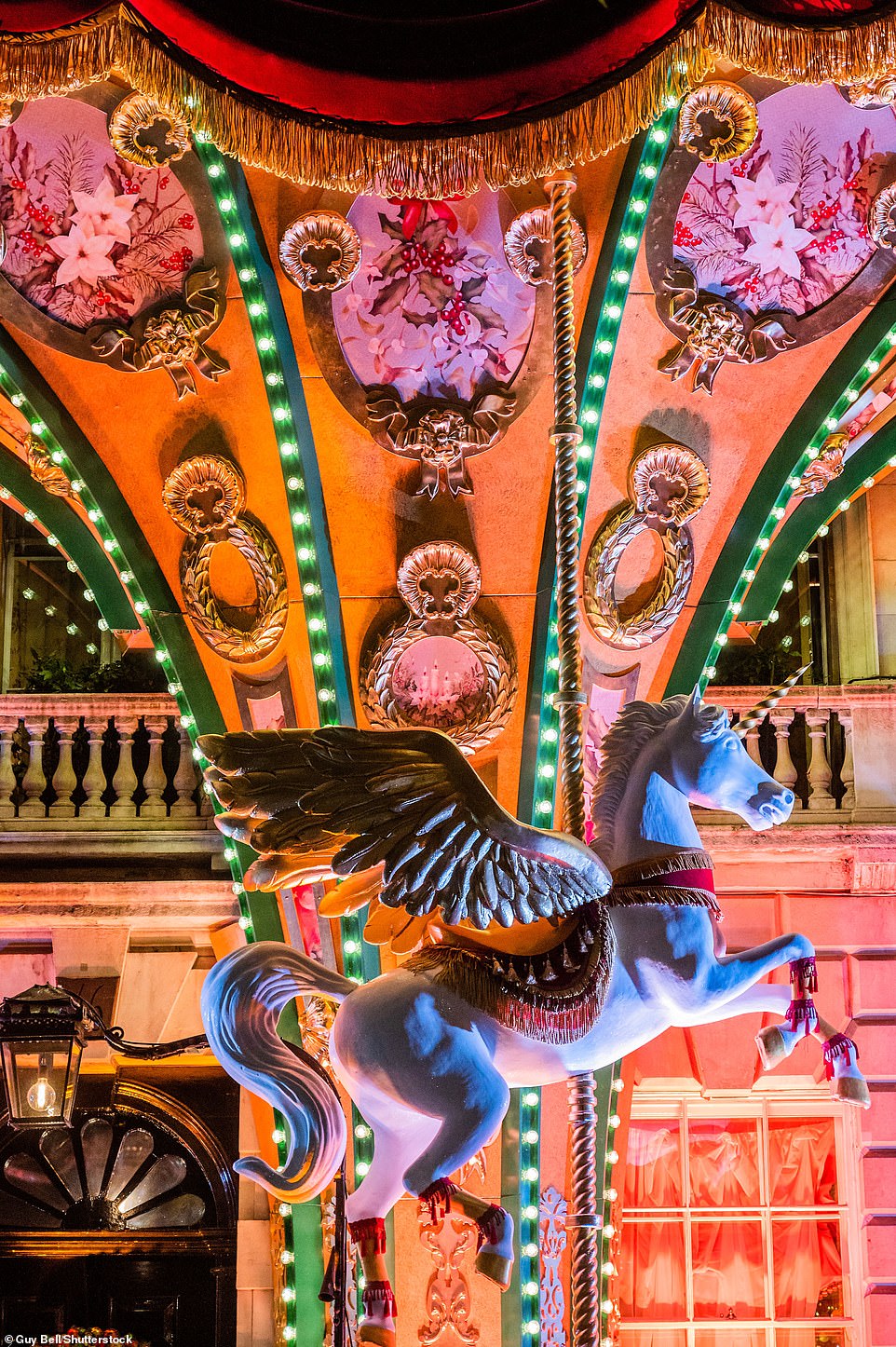 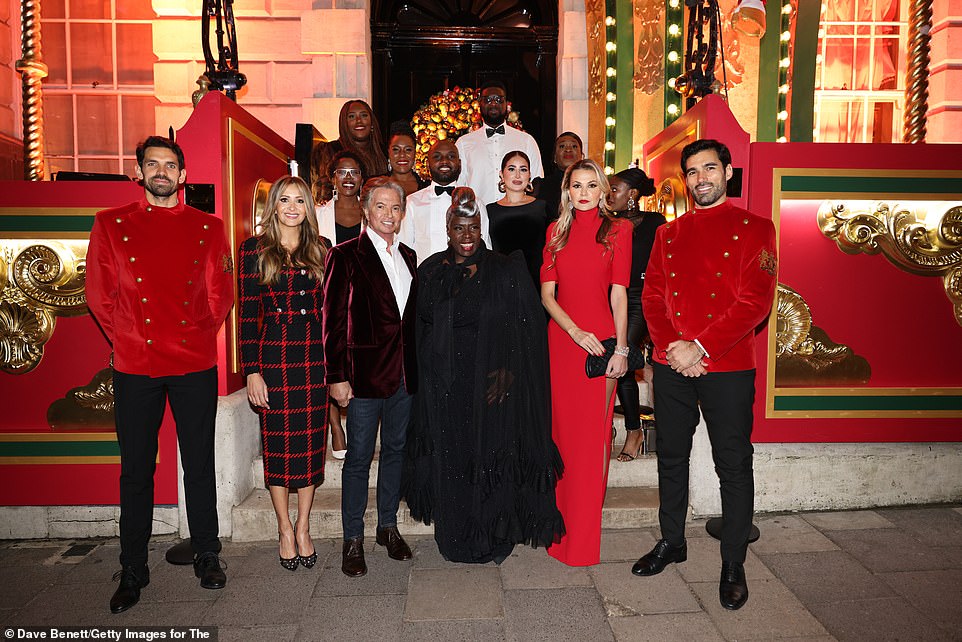 Staff, owners and performers gathered on the steps of the exclusive private members’ club as the new facade was unveiled 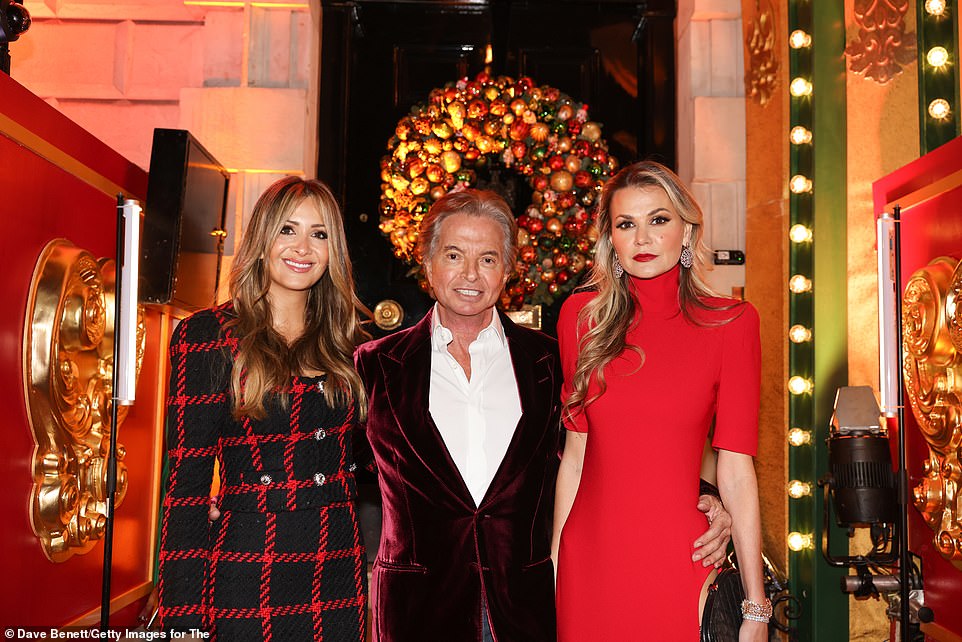 The black door of the exclusive club was adorned with a thick wreath made up of Christmas baubles in festive colours (pictured: Patricia Caring, Richard Caring and Birley Clubs Creative Director Tatiana Kharchylava)

The super exclusive club is thought to have a membership waiting list of more than 10,000, and around 1,000 people are currently thought to be members.

Among the exclusive clientele is Princess Beatrice, who was spotted leaving the club last week after a night on the town.

The 34-year-old princess, who is ninth in line to the throne, was spotted heading home dressed in a black knitted top and a terracotta satin skirt as she walked down the steps accompanied by two sharply-dressed doormen.

Other celebrities who have been spotted partying at Annabel’s include Rod Stewart and Penny Lancaster, Liam Payne and Kate Moss.

In 2022, prospective members were invited to apply online to Annabel’s, accompanied by a letter of recommendation from a member.