The father of a 17-year-old who was stabbed to death has vowed to carry on fighting for justice after a ‘privileged’ private schoolboy admitted carrying a knife but was cleared of his murder.

Ghaleb Makki said he would ‘leave no stone unturned’ after his son Yousef Makki was knifed in the heart in the village of Hale Barns, Cheshire, on March 2.

A 17-year-old, known as Boy A, was cleared of murder and manslaughter on Friday. He claimed he’d acted in self defence after Yousef had allegedly pulled a knife on him during an argument.

Mr Makki told the BBC: ‘I will leave no stone unturned until I get justice for my son. That’s a promise I made when I went to his grave after the verdict.

‘I said to him, I’m sorry son, society let us all down but I will go on as long as I have life in my body. I will never stop. Yousef deserved better.’

He said the moment the not guilty verdict was given ‘was like watching and witnessing Yousef being stabbed right in front of me but this time from the official who is supposed to protect him, who is supposed to do justice for him.’

Yousef’s sister Jade said there were two ‘middle class’ teenagers cleared of playing a part in his death – she questioned whether her brother was denied justice because ‘he’s half-Arab and from a council estate’.

Ghaleb Makki (pictured with his daughter Jade), the father of Yousef Makki, who was stabbed to death in March, has vowed to get justice after the boy accused of his murder was cleared

A second teenager, named only as Boy B, was cleared of conspiracy to rob but has admitted possessing a knife.

But the privileged backgrounds of the two defendants have come under the spotlight, with claim it influenced the jury’s verdict.

Jade told the Guardian: ‘If it was the other way round – my brother is half-Arab and from a council estate… [the verdicts may be different].

‘We kept quiet because we thought we were going to get justice at the end. Now we’ve got to speak up.’

Her father has said he had been worried that the privileged background of the accused might influence the verdict and raised this issue when he met the Crown Prosecution Service and police before the trial. 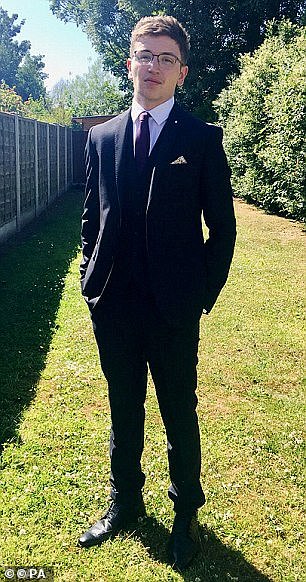 Yousef, who won a scholarship pupil at the prestigious £12,000-a-year Manchester Grammar School, had dreamed of being a heart surgeon, his father said.

He said his son ‘wanted to lift his family from poverty’ and work with French humanitarian organisation Medecins Sans Frontieres ‘to treat poor people in Third World countries for free’.

Yousef’s sister, Jade Akoum, said the family was ‘so shocked’ by the verdict.

‘I think even the police and everyone who was on the case were shocked about the verdicts as well. We definitely were not expecting that,’ she said.

She said she could never forgive the boy who killed her brother because he had not shown any remorse.

‘Maybe if he’d shown remorse it would have been easier, but his attitude during and after the trial – I don’t think I can.’

Manchester Crown Court heard that a row between Yousef and his friends, Boy A and Boy B, also 17, followed a botched attempt to rob a drug dealer of £45-worth of cannabis.

The failed robbery led to Boy A being attacked, leading to a later confrontation between him and Yousef. 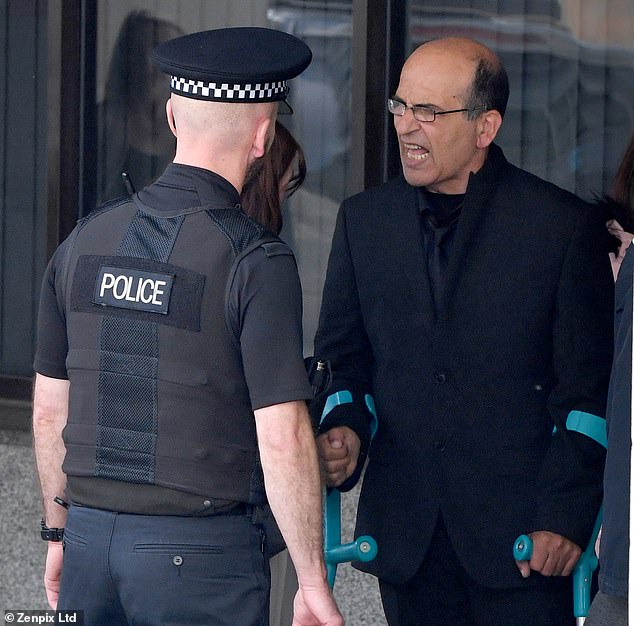 Boy A told the jury he pulled out a flick-knife because Yousef had produced a knife – a claim denied by his family – and he’d then accidentally stabbed his friend in self-defence.

He was cleared of murder and manslaughter and conspiracy to rob but admitted telling lies to police at the scene and pleaded guilty to perverting the course of justice and possessing a knife.

Last week Lucy Powell, MP for Manchester Central, suggested the result may have been different if the defendants were not white and middle class.