Procol Harum singer Gary Brooker recalls his best and worst travel adventures, from a vodka-fuelled birthday in St Petersburg to being mugged in Cape Town

This week Procol Harum singer Gary Brooker checks in to our travel Q&A.

He recalls his travel adventures, which includes celebrating a vodka-fulled birthday in St Petersburg and being mugged when he flew out to play a concert in Cape Town.

I was five years old and visited a replica of the Bounty moored off the north Devon coast. You could make a vinyl record of yourself at the seaside back then, and I sang Twinkle, Twinkle, Little Star — the start of my recording career.

I went on a Rock Across The Channel cruise from Southend to Calais in my teens, and got to see some of the biggest musical acts of the day: The Shadows, Vince Taylor and the Playboys, and Jerry Lee Lewis. That was a real education.

HOW HAS TOURING CHANGED?

Back in the Sixties it was all about being stuck on the A1 in a Transit van in the fog. Nowadays, we can fly out to a gig in Norway and be back in a couple of days.

I was drugged and mugged when I flew out to Cape Town to play a concert several years ago, and spent three weeks in hospital there with a fractured skull.

Celebrating a birthday in St Petersburg in the 2000s. The vodka flowed for four days … and, as a farewell present, I was given a 3ft bottle of vodka shaped like a rifle. 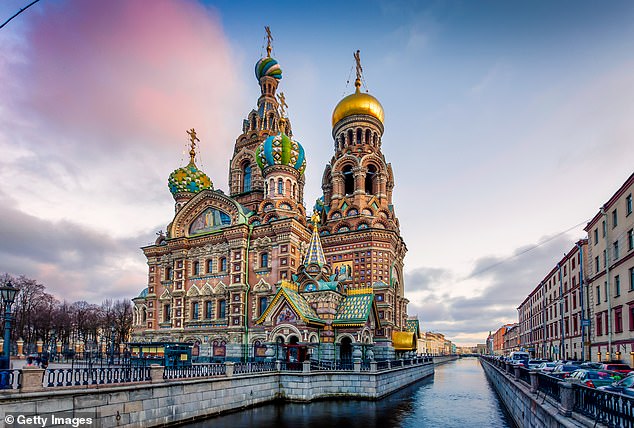 Boozy: Gary recalls celebrating a birthday in St Petersburg in the 2000s

I have a shack in south-west France and I’ve even learnt to speak the lingo. I’m actually there now, but I can at least enjoy the French food and wine. I’d probably be having fish and chips if I was stuck at home.

I like old-fashioned hotels where, for instance, a string quartet plays while you have dinner. I once visited a hotel in Hawaii where a musician could play Beethoven’s 9th symphony on a ukulele.

When you’ve been around for as long as I have, the problem is that half the places I liked have now gone. We used to have terrible trouble finding a curry house in the U.S. in the Seventies, but you can now get spicy food pretty much everywhere.

Always have a look at your hotel room before taking up your luggage — you’re then saved the aggro of taking your stuff back down to reception if you want to find somewhere else.

WHERE DO YOU WANT TO GO AFTER LOCKDOWN?

Every time I meet someone from Chile they say they love Procol, so I’d like to play there when life returns to normal.