Professional ballerinas reveal what they eat in a day

Whether you’re watching Swan Lake or Black Swan, all ballerinas share one thing in common – their physique.

And for decades, the industry has been rife with rumors of young dancers struggling with eating disorders to maintain their lean and lithe tutu-ready figures.

Slimming down for her role in Black Swan, Mila Kunis admitted to Howard Stern on his radio show that she resorted to drastic dieting measures to get down to 95 pounds, relying on a measly 1,200 calories per day and ‘a lot of cigarettes’. 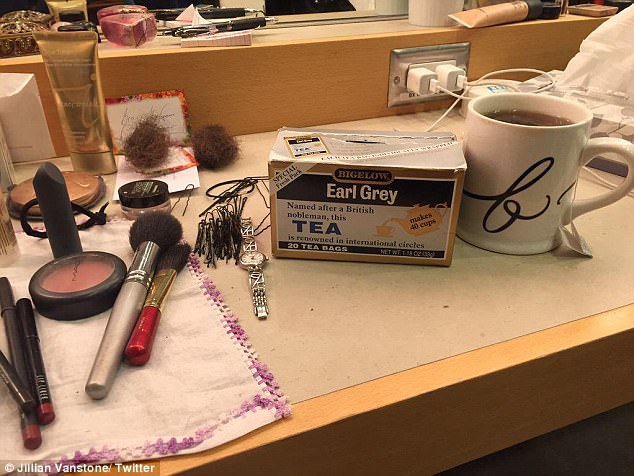 Myth buster: Dispelling the myth that ballerinas don’t eat, each woman chows down on three meals per day plus snacks, pictured a cup of green tea in Jillian’s dressing room

But one troupe of dancers is aiming to dispel the common cliché that ballerinas don’t eat, by disclosing their daily diets.

Speaking to Coveteur, dancers Jillian Vanstone, Tanya Howard, Jordana Daumec and Andreea Olteanu from the National Ballet of Canada shared what they eat each day to stay in shape, and most importantly, fuel their performances.

And while each woman’s meal plan revealed healthy choices like lean proteins, healthy fats and complex carbohydrates, they also included some not so virtuous items.

Jillian shared that although she is ‘strict’ about what she eats during the season, she ensures her daily diet is filled with nutrient-rich foods and if she’s busy, splits her lunch in two so she can fuel her body as she needs to around rehearsals.

She has been gluten-free for almost 10 years .

‘During a long rehearsal or performance day, it can be really hard to sit down for a proper meal, so I sometimes end up splitting my lunch into two and having snacks on hand,’ she added.

For lunch, she reaches for greens, a chicken breast and sweet potato in an olive oil vinaigrette.

And for dinner, she has baked salmon with grainy mustard and steamed and buttered broccoli with sliced tomato and water.

As chocolate is her ‘guilty pleasure’, she allows herself a couple of squares of Lindt 90 per cent dark chocolate every day, and also likes to snack on blueberries and almonds.

However, if she could choose to eat whatever she wanted, she would opt for Caesar salad, duck confit with fries and chocolate covered almonds.

Tanya has a more relaxed approach to her diet during the off season as she isn’t working out as much so not buring as many calories.

However, as she has no dietary restrictions, she is pretty flexible with her diet, simply ensuring she has protein with all her meals.

For breakfast she likes to have two eggs with two pieces of toast with coffee, followed by a fruit salad mid-morning. 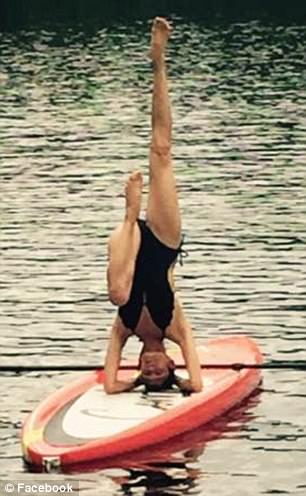 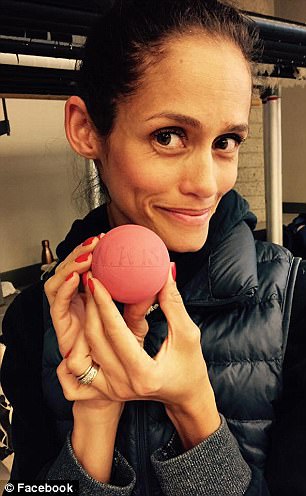 Snack attack: First soloist Tanya Howard is pretty flexible when it comes to her diet but always ensures she eats enough protein and has snacks throughout the day

Then for lunch she’ll have something like a chicken club on a croissant with aged cheddar cheese, roasted Italian potato salad and iced tea or sparkling water.

An afternoon snack usually consists of coffee with a granola bar or nuts, and for dinner, she’ll usually have chicken with rice and vegetables.

Her death row meal would be a Bison Aussie burger (a burger with fried egg, pineapple and beets) however she does indulge her sweet tooth daily with chocolate.

During the season, Jordana is relies on several snacks to replenish her energy throughout the day.

These include cheese, yogurt, cottage cheese, and bananas with peanut butter.

‘It’s important to eat well, and by doing that, you help prevent injuries and build stronger muscles. Not only are foods like these good for you, but they taste great, and it’s always fun trying to figure out new recipes with them,’ she added.

A typical day on her plate includes two eggs with a bowl of rice and a latte for breakfast, some honey Greek yogurt with cashews and banana mid-morning, and for lunch she likes a chicken salad or a sandwich.

Then for dinner, she usually opts for a Japanese meal, containing steak or salmon with rice, miso soup and a side of tomatoes, avocado and cucumbers.

Her weaknesses include garlic aioli, and desserts like ice cream or a cookie, but her ultimate guilty pleasure is New York style pepperoni pizza, her favorite since childhood.

Admitting that during the busy season meals can easily be forgotten about, Andreea is careful to include lots of protein and healthy fats in her diet.

She eats mostly organic and tries to avoid sugars, carbohydrates and processed foods, however she does drink wine or an Old Fashioned cocktail after dinner each day. 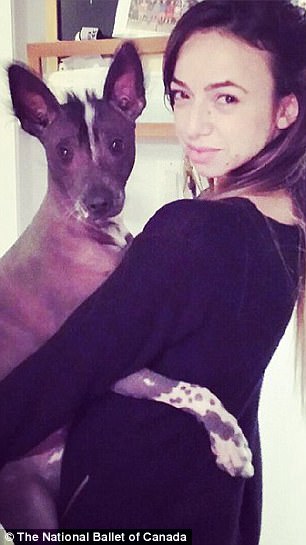 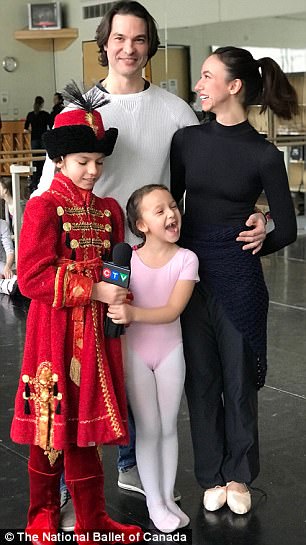 For breakfast, Andreea typically consumes two eggs with bacon on a bed of greens, accompanied by a cappuccino.

Mid-morning she likes to snack on apple with cinnamon, and for lunch eats fish (usually sardines or mackerel), dark green vegetables and a bottle of homemade kombucha.

By mid-afternoon, she reaches for ’99 per cent or 100 per cent chocolate and nuts’ and for dinner opts for some kind of protein with vegetables.

If she could indulge her ultimate food fantasy, she would head straight for the freezer section to pick up some Haagen Daz coffee ice cream.

She also admitted that if she had to choose her last meal on earth it would contain sourdough bread straight from the oven, a rib-eye steak grilled in charcoal and home-cut fries with feta cheese.