A professional cleaner has revealed how she completely transformed a shower screen using a $30 product from Kmart.

The cleaner, who posts on TikTok under cleanswithbeth, showed off her new shower vacuum which she bought from the budget chain.

She had previously seen similar products in Bunnings but couldn’t justify the $200 price tag. 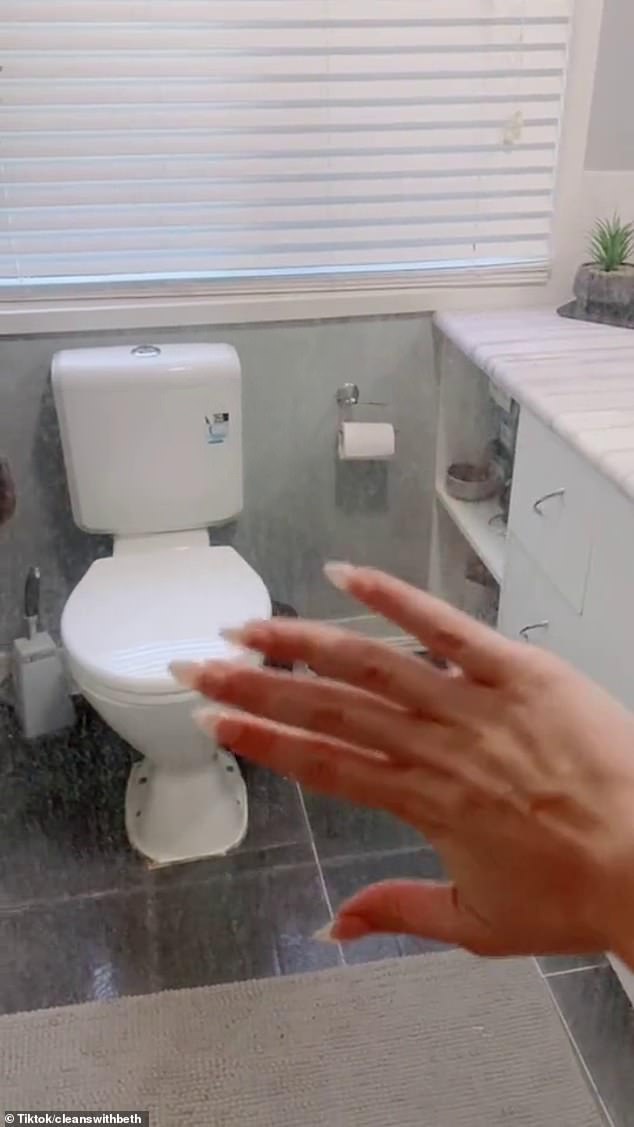 The impressive gadget cleaned the shower screen so well it was almost impossible to see the glass in the video.

‘Don’t lie, there is no door there,’ one woman wrote on the viral video.

‘This is so amazing, well done and thanks for sharing,’ another said.

While others revealed they would be heading to Kmart as soon as possible to buy one of the tools for their own homes.

‘I saw this at Kmart and wondered what it was like. Ill buy one now,’ one woman said.

‘I am in quarantine but I am definitely going to be sending my husband to Kmart to grab one of these,’ another woman said.

‘Aggressively adds Kmart window vacuum to cart,’ another woman wrote in the comments.

The original video got more than 700k views on the social media platform in a matter of days.

The cleaner has since clarified her method, to help others achieve the same results. 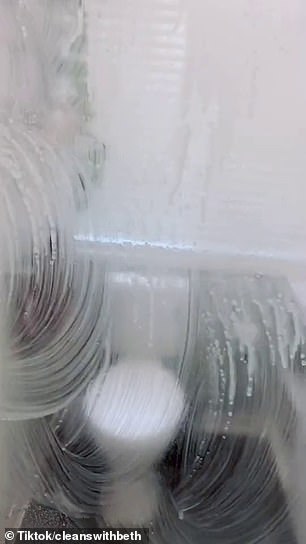 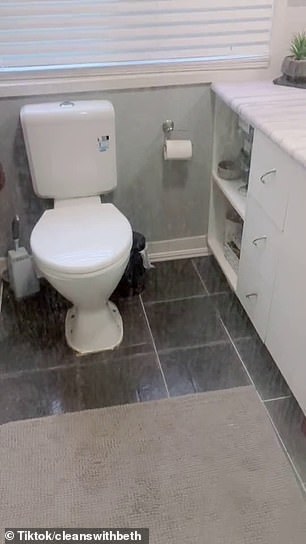 She started by wiping the glass over with Bar Keeper’s Friend before wiping it with a scrub daddy cloth and finally tackling the glass with the vacuum.

‘It also has an awesome vacuum function – this is what I bought it for. I really just wanted a window vac but I did not want to spend $200 plus on one from Bunnings.’

The cleaner said the appliance is by no-means five star and although it comes with a spray function she finds wiping the window herself is more effective. 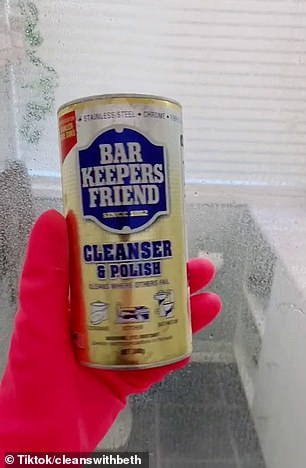 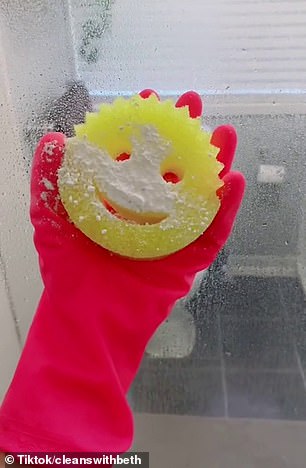 The Bar Keeper’s Friend the cleaner used has recently become a ‘must have’ product for home makers.

One Australian mum praised the $8 supermarket ‘polish’ that left her shower screen sparkling clean in a matter of minutes.

Tamika, from Brisbane, previously tried everything including toothpaste and dishwashing liquid to banish soap scum, but nothing seemed to work until she discovered Bar Keepers Friend Cleaning Polish.

The product can be bought from both Woolworths and Coles supermarkets across Australia. 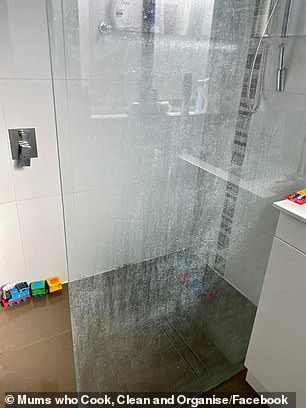 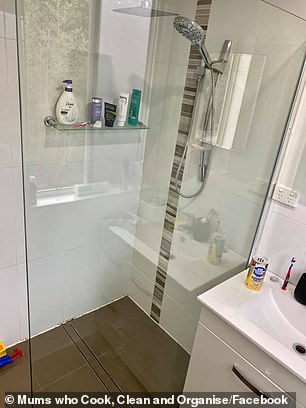 An Australian mum previously tried everything from toothpaste to dishwashing liquid to clean her shower screen, but nothing seemed to work until she used Bar Keepers Friend

‘Late last night was scrolling and [saw] someone post about Bar Keepers Friend.’

Tamika said whenever she tried to wash the glass it would appear to be clean until it dried, but after using the product the screen became ‘spotless’.

To clean the shower screen, Tamika sprinkled the powder directly onto a wet scourer pad and applied to it the glass in a circular motion. 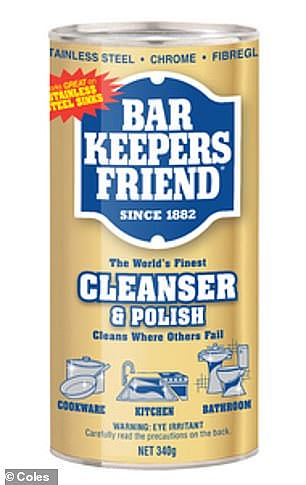 To clean the shower screen, Tamika sprinkled the powder directly onto a wet scourer pad and applied to the glass

She left the product on for a couple minutes before wiping it off using a sponge and water followed by a hand towel.

Tamika said she completed this application twice to ensure she didn’t miss any areas.

Since publishing the post on Facebook, other mums were delighted and said they would give it a go too.

‘I think I’m excited to go and clean,’ one woman said.

A third said: ‘Bar Keepers Friend is really spectacular! I use it everywhere in the house.’

‘I’ve tried it before and it didn’t work but you’ve inspired me to have another go,’ another added.

Previously the same product has also been used to transform other areas around the house, including bathroom drains, sinks and stovetops.