Don’t try this at home… or anywhere! ‘Professional idiot’, 19, hangs off 600ft-high building in London’s Canary Wharf for YouTube stunt

This is the terrifying moment a British teenager threatens to jump off the top of a 53 storey London building – for a prank.

Adam Lockwood, 19, posted a video of him hanging off the edge of The Madison apartment block in Canary Wharf, central London.

The teenager, from Wigan, Lancashire, has been free-climbing some of Europe’s tallest buildings over the past four years and posts videos of him doing it on YouTube. 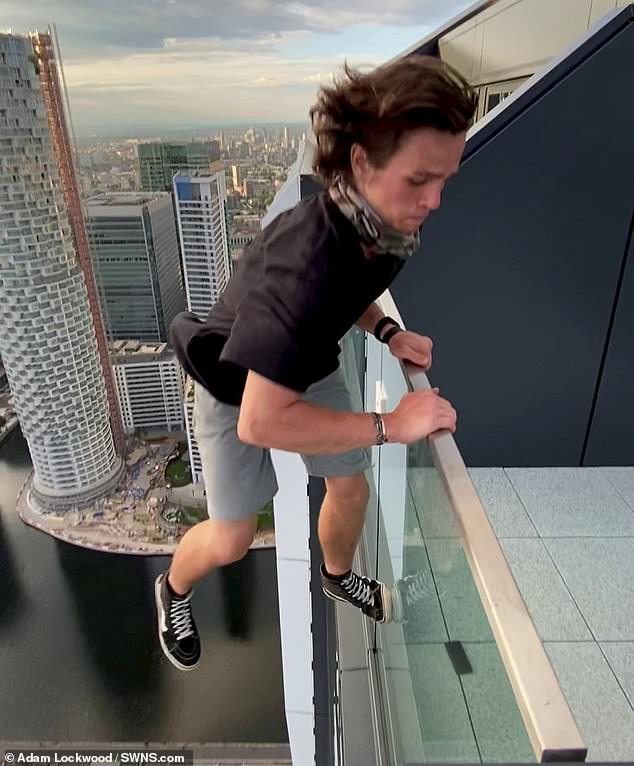 The teenager, who is a warehouse worker from Wigan, Lancashire, pretended to throw himself off the 53 storey building for a prank 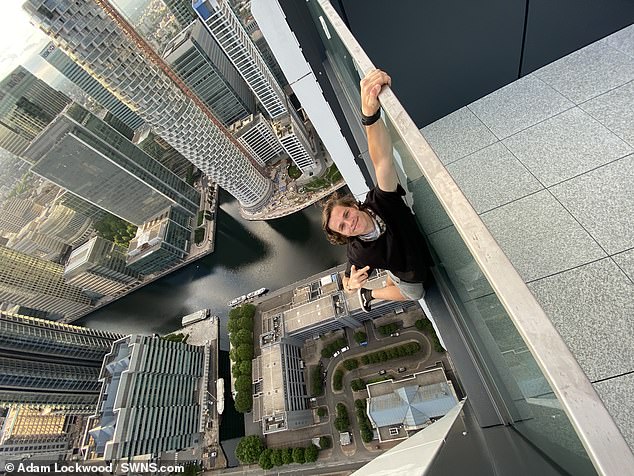 In a video taken by his friend, the 19-year-old threw himself of the edge of the 600ft-high ledge before clinging on for dear life using his arms before shouting: ‘I’m a bit brave today!’

The teenage warehouse worker said: ‘I do this sort of thing quite a lot – I don’t even get adrenaline from it anymore.

‘I love looking over the edge – that’s the best part.

‘I just went up there on Tuesday with about eight of my mates, and everyone was just doing their own thing, and I just decided to go for it.’

Mr Lockwood calls himself a ‘professional idiot’ due to his daredevil activities and pranks.

In August 2019, he dangled from 650 feet from a crane in Paris without a shirt on and took a video of his view from the top.

His footage revealed a stunning views of the River Seine  as well as the Tour Alto – the tallest building in Paris. 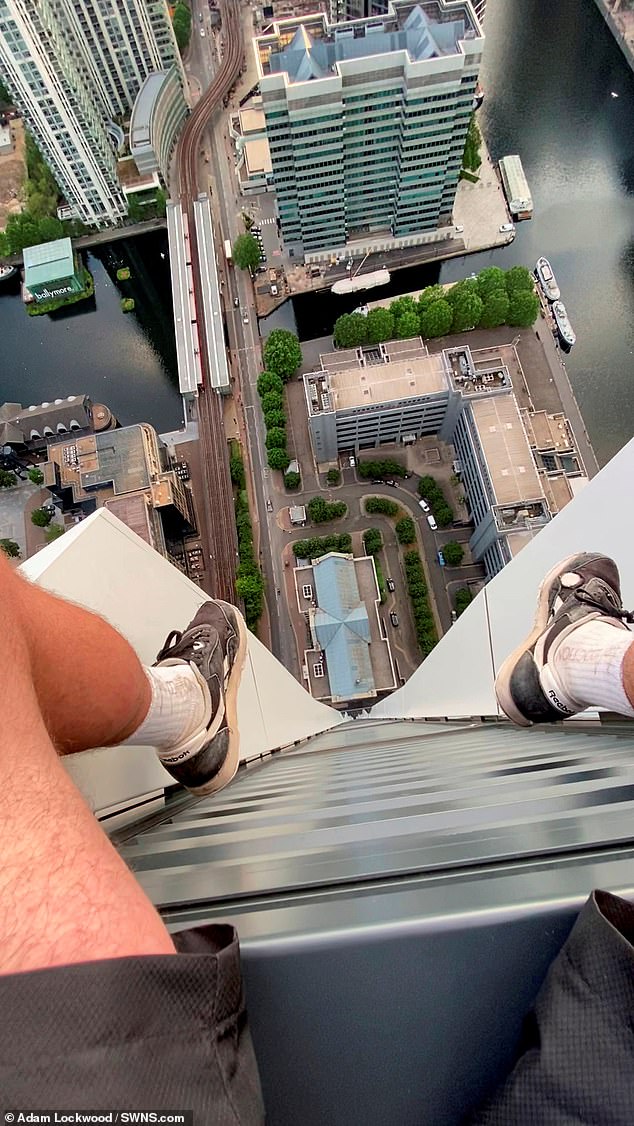 The London footage was captured by one of Mr Lockwood’s friends, who revealed how high the building is – and how dangerous the stunt was 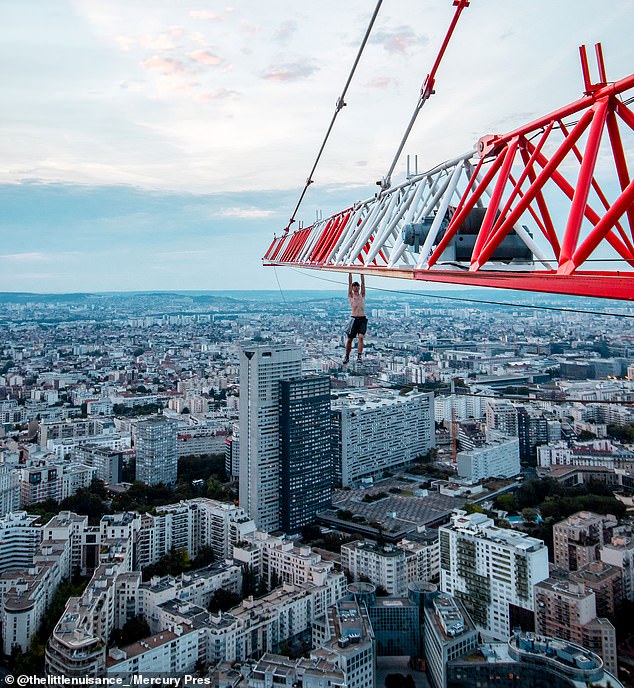 The same teenager pulled of a similar stunt in Paris (pictured), where he dangled from a crane 650 feet above ground level

Last February, the teenager was arrested in Benidorm for climbing up an 11 storey block of flats in the Spanish city.

In that particular video, Mr Lockwood used one hand to film a video whilst using the other to cling on to the top of the building while the rest of his body tipped over the edge.

The teenager has also climbed up the 610ft-high Grand Bali Hotel in Benidorm, which is Europe’s tallest hotel.

Mr Lockwood’s YouTube channel, called ‘The Little Nuisance’, has nearly 6000 subscribers and has several videos of him performing similar stunts across Europe.