Professor, 73, who wrote a book on organized crime ‘helped to launder $2M out of Venezuela’

A Miami professor who co-wrote a book on drug trafficking and organized crime in the Americas now stands accused of helping to launder $2 million out of Venezuela.

Bruce Bagley of Coral Gables, Florida, was charged Monday with one count of conspiracy to commit money laundering, and two counts of money laundering, each of which carries a maximum sentence of 20 years in prison.

The 73-year-old is an expert on international studies and is listed as working at the University of Miami. He co-wrote a book called Drug Trafficking, Organized Crime, and Violence in the Americas Today in 2015.

But he now is accused by prosecutors in Manhattan of laundering corrupt cash from Venezuela and pocketing more than $250,000 for himself.

Bruce Bagley, pictured, of Coral Gables, Florida was charged Monday with one count of conspiracy to commit money laundering, and two counts of money laundering, each of which carries a maximum sentence of 20 years in prison

He allegedly participated in a conspiracy to launder proceeds from the country’s bribery and corruption scheme into the United States. 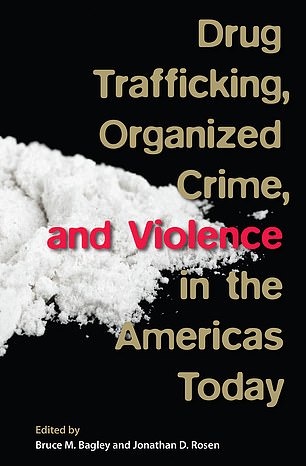 Bagley wrote a book called Drug Trafficking, Organized Crime, and Violence in the Americas Today in 2015

‘Moreover, the funds Bagley was allegedly laundering were the proceeds of bribery and corruption, stolen from the citizens of Venezuela.

‘Today’s charges of money laundering and conspiracy should serve as an object lesson for Bruce Bagley, who now faces a potential tenure in federal prison.’

‘In light of this development, Professor Bagley is on administrative leave. As this is a personal matter in an ongoing investigation, the University has no further comment at this time.’

Prosecutors say Bagley opened a bank account in November 2016. They say from November 2017 the account ‘began receiving monthly deposits of hundreds of thousands of dollars from bank accounts located in Switzerland and the United Arab Emirates’.

He would then allegedly withdraw approximately 90 percent of the funds in the form of a cashier’s check, payable to an account held by another individual before sending the remainder of the funds to his personal account.

Between November 2017 and October 2018 the account is said to have received around $2.5 million from the overseas accounts, which prosecutors say belonged to a Colombian.

Bagley is said to have discussed the fact that they were moving funds that ‘represented the proceeds of foreign bribery and embezzlement stolen from the Venezuelan people’.

Prosecutors add that ‘despite this fact, Bagley continued to receive money from accounts’ from one individual and ‘continued to pass the majority of those funds’ to another.

They say Bagley also entered into sham contracts that purported to justify the transfers.

Even when the first account was shut down in October 2018 for suspicious activity prosecutors say he set up a new bank account for ‘funds represented the proceeds of bribery and public corruption’. 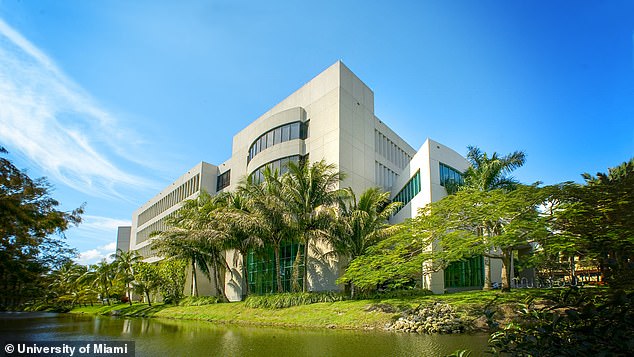 The 73-year-old is an expert on international studies and is listed as working at the University of Miami, pictured. DailyMail.com has contacted the university for comment

FBI Assistant Director-in-Charge William F. Sweeney Jr. said: ‘Criminals employ a host of methods to launder the proceeds of their crimes, but in order to be successful, they need a way to hide and move their money.

‘As we allege, Bagley, an American professor, contributed to the success of illegal activity overseas, carried out against the Venezuelan people, by facilitating access to illicitly obtained funds, and profiting from his role in the crime.

‘About the only lesson to be learned from Professor Bagley today is that involving oneself in public corruption, bribery, and embezzlement schemes is going to lead to an indictment.’