Australians could end up paying more for their water whenever dam levels plummet if an expert’s plan is adopted.

Capacity at Sydney’s Warragamba Dam has fallen well below the 50 per cent mark, with 99.9 per cent of New South Wales now in drought.

Drinking water levels have dropped by 0.4 per cent during the past week to hit 46.8 per cent – down from 63.6 per cent a year ago.

Reservoir levels are also low in parts of southern Queensland with the Leslie Dam near the town of Warwick at just 5.08 per cent capacity.

Australians could end up paying more for their water whenever dam levels plummeted. Capacity at Sydney’s Warragamba Dam (pictured) has to just 46.8 per cent – down from 63.6 per cent a year ago

Despite the worst drought in a century, households are paying just $2.11 for every kilolitre of water they use, on top of the $97 in annual service charges.

Instead of being charged more for water, residents are fined $220 if they use a hose or a sprinkler during the day.

‘What I’m saying is that you pay a higher price regardless of what you’re using if there’s less water in the dams,’ he told Sydney radio 2GB broadcaster Michael McLaren on Tuesday morning.

‘You have to give a signal that water’s scarce and a higher price is exactly what’s needed.’ 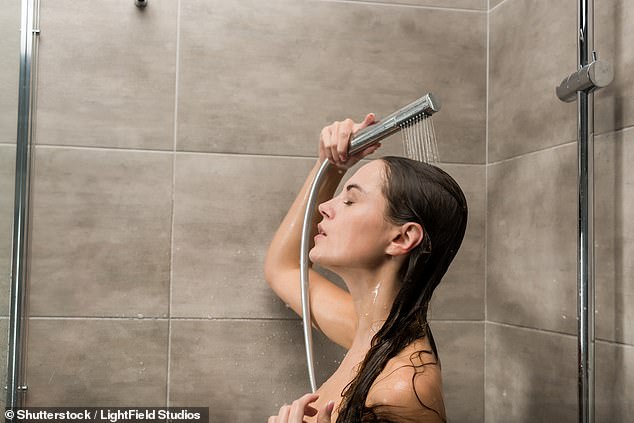 Despite the worst drought in a century, households are paying just $2.11 for every kilolitre of water they use, on top of the $97 in annual service charges (stock image)

He argued the extra revenue raised could fund a reduction in fixed service charges for low-income households.

‘Those extra revenues could then be used to reduce the fixed charges of all households of perhaps low-income households,’ he said.

‘This is not a permanent increase,’ Professor Grafton said. 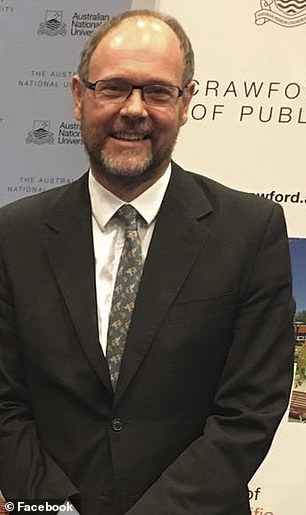 The Canberra-based economics professor made the call as the New South Wales Independent Pricing and Regulatory Tribunal proposed charging households $2.24 for every thousand litres of water they used.

From July 1, 2020, it also wanted to incorporate a 13-cent a kilolitre charge to fund the operation of the desalination plant at Kurnell, in Sydney’s south-east.

Should the drought end, IPART proposed households $2.11 for every kilolitre of water they used.

From next year, it also wants to charge home owners up to $156 a year for water services, to fund drought response measures.

This would fall back to $98 annual when the drought ended.

The worst drought to hit parts of NSW since the early 1920s will see water restrictions tightened in Sydney, the Blue Mountains and the Illawarra region from December 10.

Under the new level two restrictions, residents will be fined $220 if they watered their garden between 10am and 4pm.

They will also be penalised for using a hose instead of a bucket or a watering can.

The levels of water restrictions

As NSW and other parts of the country continue to head deeper into drought, water restrictions are ready to be put in place to help homeowners and farmers cope with the dry spell.

Level 1: Sprinklers, sprays and fixed hoses can only be used between 5pm and 7pm.

Hand held hoses are only allowed between 4pm to 9am.

Only a high-pressure cleaner can be used to wash down a hard surface or vehicle.

Garden: Watering cans and buckets only

Cars: Bucket only, a commercial car wash is allowed

Paths: No hosing footpaths or driveways

Pools: Residents can top up swimming pools for 15 minutes each day but a trigger nozzle must be used

Level 3: All sprinklers are prohibited.

Handheld hoses can only be used for 15 minutes between 5pm and 7pm.

Level 4: Residential outdoor use of treated, town and Council water is not allowed.

Council will cut off irrigation to public parks, gardens and other public facilities.

Buckets of water must be used to clean vehicle windows, windscreens and number plates, but only for safety and regulatory purposes.

Level 5: All bans from Level 4 are implemented.

Evaporative air conditioners can only be used moderately.