A scandal which took the British political elite by storm is set to be given a ‘MeToo’ twist as the BBC retells the story through a ‘female gaze’.

The Profumo scandal originated in 1961 from a brief affair between John Profumo and would-be model Christine Keeler.

Directed by an all-female team, The Trial of Christine Keeler will give voice to the character of the 19-year-old, as well as to that of wife Valerie Hobson, exploring how she supported her husband through the scandal.

The cast has described the adaptation as being fit for the ‘TimesUp and MeToo movements’, giving the female leads their ‘own voice’. 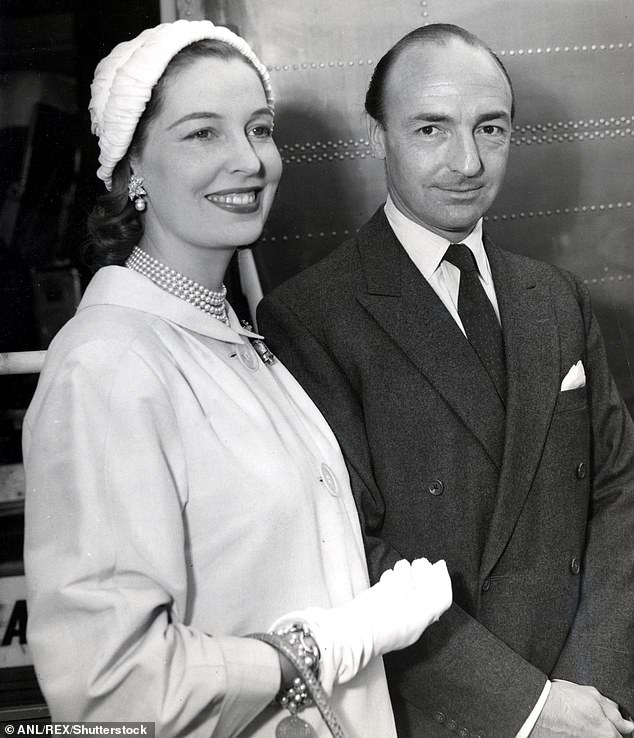 Emilia Fox plays Hobson, who at the start of the marriage to her husband, was in many respects more famous than him.

She had previously held roles in shows such as The King and I and stuck by her husband after he confessed to the affair with Keeler, which contributed to the fall of Harold Macmillan’s government in 1963.

Hobson appears in every episode of the series and a source told the Telegraph that you ‘really see the measure of the woman’ in the dramatisation.

The significant role will show Hobson ‘hadn’t been stupid’, she knew her husband was having affairs but still stayed with him. 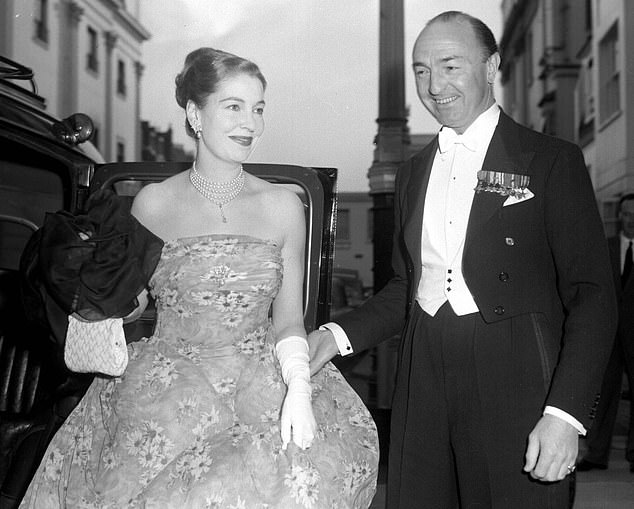 Valerie Hobson, the former film star, with her husband the former British War Minister John Profumo in May 1959 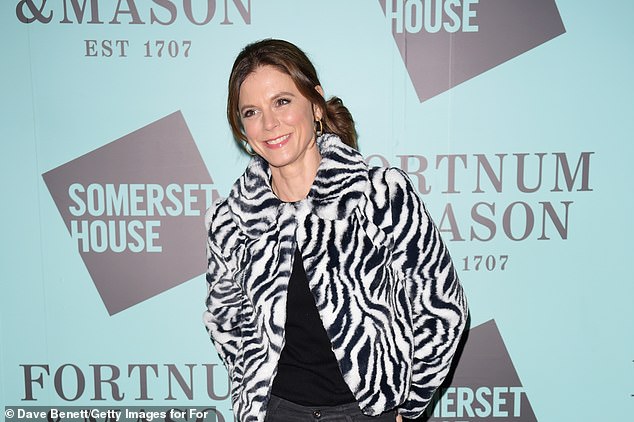 Hobson will also be portrayed to have an ‘affinity’ for Keller and the source added that ‘she saw she was a young woman and felt she was vilified by the press’.

Early episodes of the show will show the first meeting between Keeler, who is played by Sophie Cookson and Profumo, played by Ben Miles.

He first noticed her as she emerges naked from a pool at Cliveden, where Hobson had also been in attendance, supposedly calling for the teenager to have been given a towel. 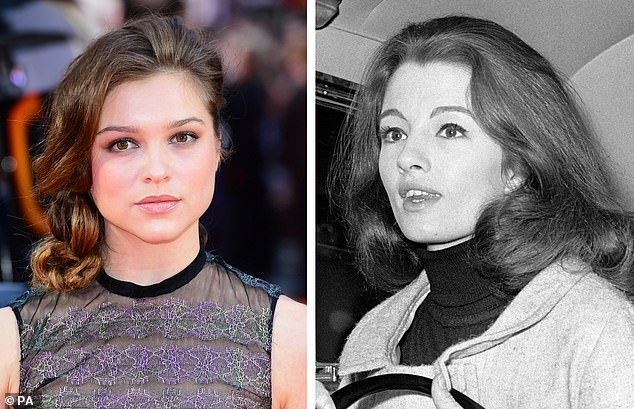 Sophie Cookson and Christine Keeler (1942-2017). The Kingsman actress is to play the model in a new drama about the Profumo affair for BBC One

Cookson said the drama will show a ‘vivid and complex woman, who has previously, it seems, been reduced and misunderstood’.

After the first meeting Keeler and Profumo went on to have an affair, while she also had a relationship with Soviet agent Yevgeny Ivanov.

This is while Stephen Ward plays the osteopath who had been a central piece in the scandal.

He previous stated: ‘It’s imperative we go and look back at these moments in history in light of the recalibration with the TimesUp and MeToo movements’.

Producer Rebecca Ferguson said she was determined to secure a female director. ‘I wanted [Andrea Harkin] from the get-go,’ she explains.

‘It’s not that men can’t direct women, but there is a definite distinction between the male and female gaze. Andrea has brought an intimacy and poetry to this’, she told Television Business International.

The show is set to be part of the BBC One Christmas schedule which will also showcase a Gavin and Stacey Christmas Special.