Attacks on Malcolm Turnbull for drinking beer while holding his baby granddaughter have been slammed as ‘un-Australian.’

The prime minister faced backlash online after sharing a photo of himself kissing his granddaughter, Alice, while holding a beer during Saturday’s Sydney Swans v Essendon Bombers AFL game.

Mr Turnbull joked he was ‘multitasking at the footy’, but many social media users accused him of being an irresponsible child-minder.

‘I’ve found something Malcolm & I can agree on. This is rubbish. Let him be a grandpa,’ Mr Shorten tweeted.

Entrepreneur Dick Smith said that those who can’t appreciate the typically Australian moment should move.

‘Australians need to get back to being Australian,’ he said, according to the Courier Mail.

‘People on social media can be so pathetic. This kind of outrage is so un-Australian. Go and live somewhere else if you don’t like it.’

Cabinet Minister Christopher Pyne added that the outrage came from the ‘kin dof person that would report Mother Teresa for jaywalking.’ 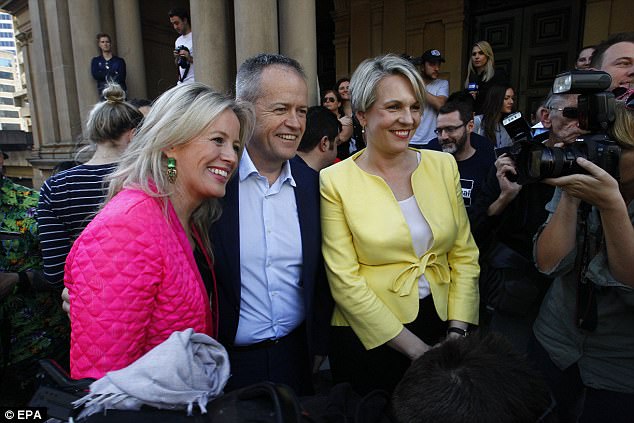 ‘This is the land of fair dinkum, no worries, she’ll be right and where has that sentiment gone?’

Mr Turnbull’s post garnered more than a thousand comments, including some who took the opportunity to blast him for ‘wasting’ money on the upcoming postal plebiscite.

One took a stab at his definition of ‘multitasking’, opting to put their own spin on the meaning: ‘Wasting 150 million dollars and watching the footy at the same time. #multitasking,’ they wrote.

A particularly annoyed commenter implied Mr Turnbull was resting on the child’s head due to his ‘lack of spine’.

Another disgruntled social media user posed a controversial question about the prospect of his grandchild being homosexual. 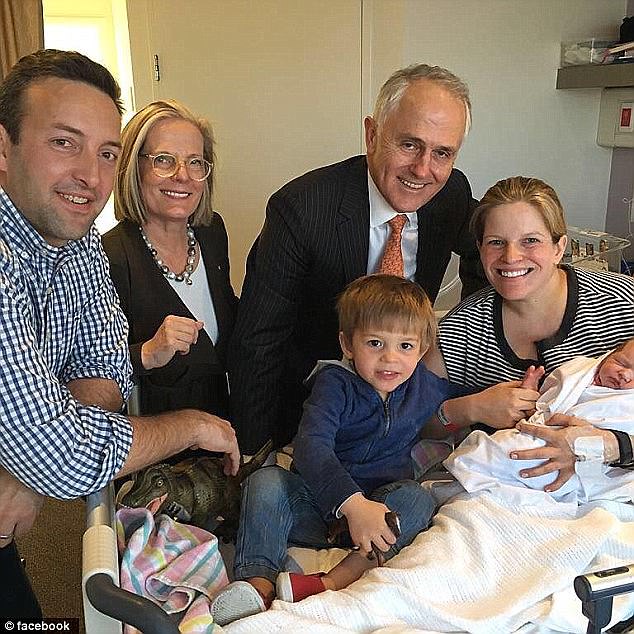 One commenter took a stab at the PM’s  definition of ‘multitasking’, opting to put their own spin on the meaning

‘Well I hope the kid is not gay or he will be a second class citizen because of you!,’ they wrote.

Perhaps the most hotly debated topic was the matter of him consuming alcohol while nursing a young child.

‘Do you HAVE to drink alcohol whilst holding that baby? What is wrong with soft drink?,’ one concerned follower wrote.

Another was particularly irritated, writing: ‘Does anyone see anything irresponsible with an adult hold(ing) a baby and juggling a beer? And when was drinking while holding a child OK?’ 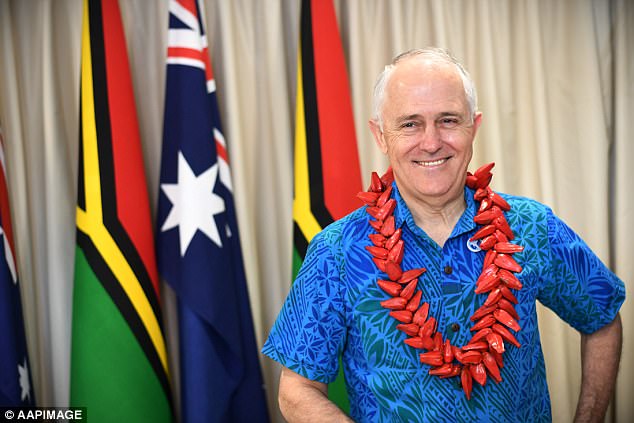 Hot water: The PM’s online audience weren’t happy after he uploaded a photo from Saturday’s football game holding his grandchild and a beer at the same time

Continuing: ‘I find it disgusting to see people breathing grog all over baby’s but sadly I’m not surprised by Malcolm doing it.’

Angered followers even suggested Mr Turnbull staged the photo to target as many social groups as possible in a last-ditch attempt to win over voters.

‘Drinking beer, kissing babies, AND watching footy… you’d think he must be a politician.’

‘Must have an election date in mind,’ another added.

While the photo attracted more than 7,000 likes, the prime minister certainly divided his audience.

Though the photo’s comment box was predominantly plagued with negativity, many praised the politician’s work and commended him on taking time out to enjoy time with his family at the footy. 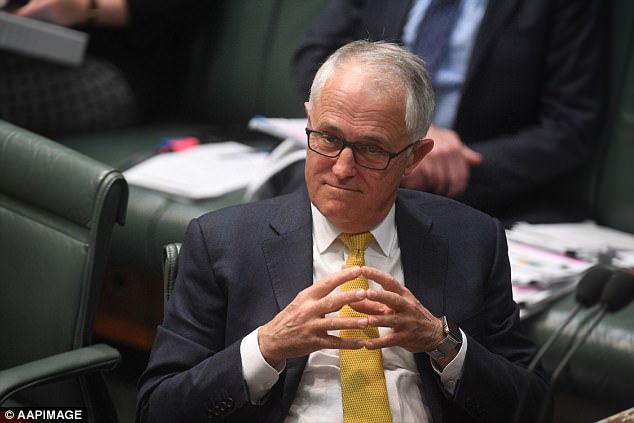 Tension: The photo’s comment box was predominantly plagued with negativity blasting Mr Turnbull for being irresponsible