Royal watchers have spotted the latest clue suggesting Princess Eugenie’s husband-to-be Jack Brooksbank won’t get a title when the couple tie the knot next week.

Fans have pointed out that the couple’s official monogram does not feature a crown, unlike Harry and Meghan’s, as well as Eugenie’s individual insignia, which both do.

This seems to be the clearest indication yet that wine merchant Jack, 32, will remain a commoner following his and Eugenie’s wedding at St George’s Chapel, Windsor Castle, on October 12.

The couple’s monogram was unveiled on the their official wedding china, which features an ivy pattern in a nod to the home they share, Ivy Cottage in the grounds of Kensington Palace.

Fans have pointed out that Princess Eugenie and Jack Brooksbank’s official monogram does not feature a crown, suggesting Jack will not be given a title

Pointing out the missing crown, royal blogger Gert’s Royals tweeted: ‘You will notice Eugenie’s solo monogram features a crown, as she is an HRH.

‘But the couple’s joint monogram & Jack’s solo monogram doesn’t have a crown.’

The speculation comes after previous rumours that Jack could be given the vacant title Earl of Northallerton.

However, a Palace source has previously insisted the Queen would not be gifting Jack an official title following the wedding. 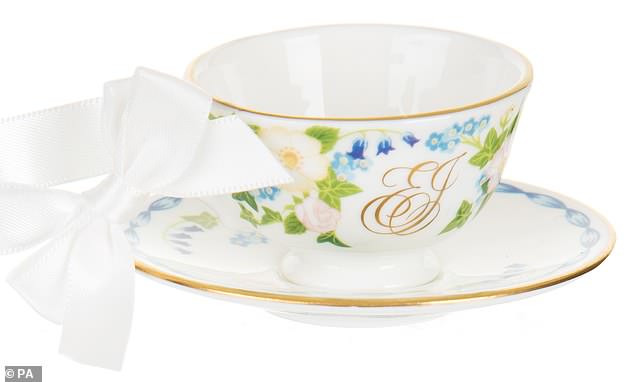 The couple’s monogram, featuring their initials E and J, was unveiled on the their official wedding china (above)

Eugenie’s own insignia (left) does feature a crown, while Jack’s individual one (right) does not

An insider said: ‘Eugenie couldn’t care less about titles and is perfectly happy to be Mrs Brooksbank.’

Eugenie’s father Prince Andrew was previously forced to deny that he had demanded his son-in-laws get earldoms in 2016.

He said in a statement at the time: ‘It is a complete fabrication to suggest I have asked for any future husbands of the Princesses to have titles.’ 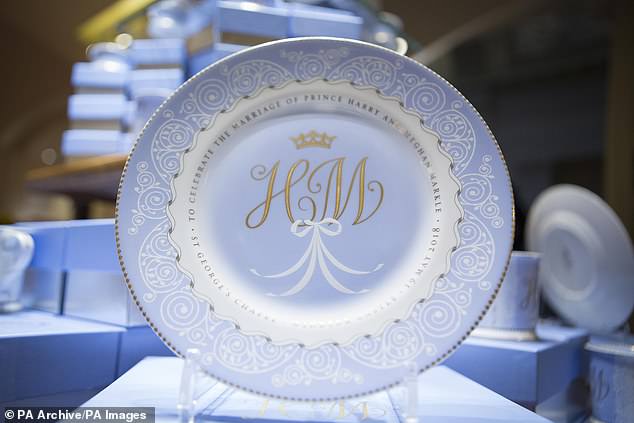 In contrast, Prince Harry and Meghan’s official monogram (as seen on their wedding china) does feature a crown 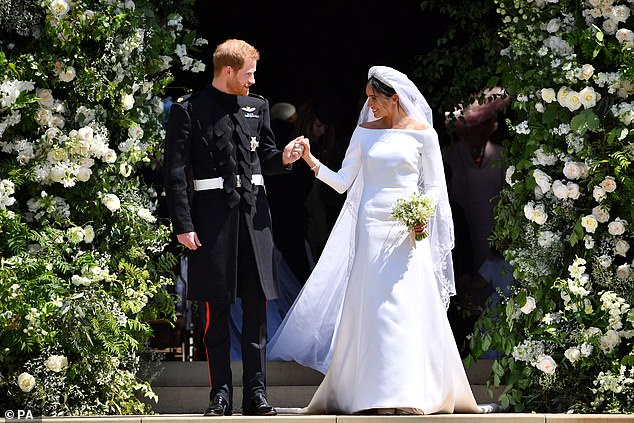 Eugenie and Jack will tie the knot at St George’s Chapel, the same venue as Harry and Meghan’s May nuptials, followed by a carriage procession through Windsor.

The couple will have a reception hosted by the Queen at Windsor Castle, followed by a more intimate reception at the Royal Lodge, the Yorks’ family home, the next day.

The broadcaster will air live coverage of the wedding in an extended This Morning special, presented by Eamonn Holmes and Ruth Langsford.

The range features the couple’s initials – with the ‘E’ for Eugenie featured beneath the Princess’ coronet – and an ivy pattern in a nod to the home they share, Ivy Cottage in the grounds of Kensington Palace.

It’s priced from £20 for a coaster up to £39 for a commemorative tankard.

Each item in the range is made in Stoke-on-Trent using methods and techniques that have remained unchanged for more than 250 years. 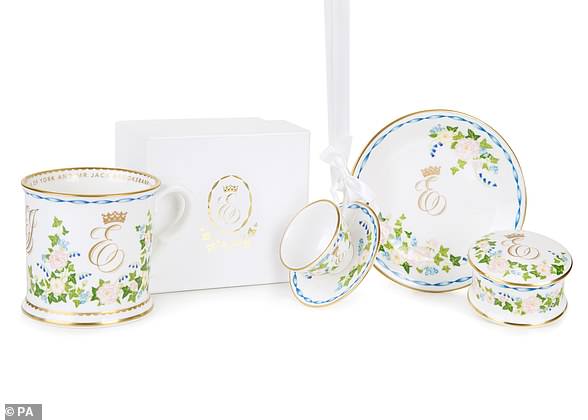