A new wave of seaside hotspots: Once tired and neglected, investment and home-working means the tide is turning for coastal towns

By Fred Redwood For The Daily Mail

Something is going on in our seaside towns. After decades of decline when foreign holidays all but destroyed their tourist industry, many are now finding their feet again.

‘And the explosion of interest in watersports like paddle boarding, coasteering and surfing has changed the image of the seaside.’

Sail away: The busy working harbour at Scarborough where a semi-detached on average sells for £195,000

Central government has played its part too; the Coastal Communities Fund has provided £182million for 178 projects around the country since being set up in 2012.

Margate, for example, was given a makeover, while St Ives attracts huge crowds to its Tate gallery.

There may once have been a grain of truth in the quip, ‘Brighton has buggies, Worthing has wheelchairs’ but not any more.

Worthing in West Sussex today is a magnet for young people, often from London, who would like to move to Brighton but are put off by its high prices.

‘Being 80 minutes by train from London, Worthing is well placed for people who need to be in touch with the city but don’t have to be there every day,’ says Jonathan Rolande, a relocator with HouseBuyFast.

Worthing also has a thriving art scene. There are two theatres, galleries and some fine restaurants. The average price of a semi-detached was £412,000 last year. That compares to £490,000 in Brighton. 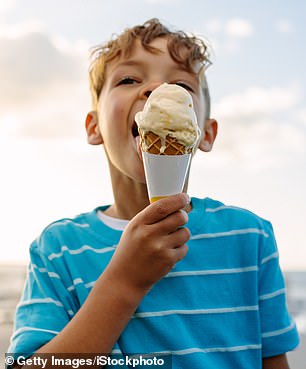 With its elegant Victorian villas, independent shops and a pretty pier, Clevedon, Somerset, has a retro charm that pre-dates 1960s seaside bling.

It is also good value compared to other upmarket spots in the area. ‘Nearly all my clients are moving out of Bristol 15 miles away,’ says Amanda Ake, of Stacks.

‘They typically sell a big Victorian or Georgian townhouse in Bristol’s Clifton area for £1.5 million and buy the equivalent here for £1 million.’

Tiffin Teahouse On The Beach, with its views across the estuary, is a visitor attraction and the Clevedon Marine Lake is where hardy types swim in seawater all year. The average price of a semi-detached is £362,000.

Inaccessibility used to rule out Scarborough, North Yorkshire, for workers in the big cities. However, the pandemic solved that.

‘People discovered they could easily work from home,’ says Faye Davis of Fine & Country. ‘Since then we have been inundated with buyers; prices have increased by 9 per cent since 2019.’

There are two faces of Scarborough: the touristy South Bay with its harbour and the quieter North Bay. A semi-detached on average sells for £195,000.

The days when Bournemouth was simply a haven for well-heeled elderly folk on day trips are long gone thanks to Bournemouth University.

‘It has grown to more than 18,000 students and it’s now a high-tech hub,’ says director of Winkworth estate agents, Ben Jesty. ‘When the students graduate they often set up small companies or are recruited by the likes of Liverpool Victoria, Barclays and JP Morgan.’

Both Westbourne and Southbourne have a villagey vibe. The average price of a semi-detached house in Bournemouth is £320,000.

On the market… and on the coast