Property sales in the UK steady in 2017, say HMRC figures

Britain’s property market held up well in 2017 official figures showed today – despite the uncertain shadow of Brexit, tax hikes and a squeeze on household spending power.

Transaction figures from HM Revenue & Cusoms showed 99,100 purchases of residential homes in December 2017, which was only 0.1 per cent down on December 2016.

The figures also showed a total of 1,223,400 residential sales for the entire year – a meagre 0.58 per cent lower than the overall number of transactions for 2016.

The December 2017 figure was down 3.9 per cent on the previous month but a sharp fall from November is commonplace.

The marginal falls in activity since 2016 will raise hopes that the property market is not experiencing a significant downturn despite a potentially depressive combination of the buy-to-let crackdown, Brexit worries and stagnating real household incomes.

The mortgage network’s head of lending, Brian Murphy, said: ‘Whilst one would expect the level of transactions for December to be slightly lower than the preceding months, a 3.9 per cent drop is well within seasonal expectations and hardly suggests that the housing market dropped off a cliff last month.’

Mr Murphy also explained how the market had held steady against factors such as the slow-down in the buy to let market and the introduction of higher stamp duty rates on additional properties in April 2016. 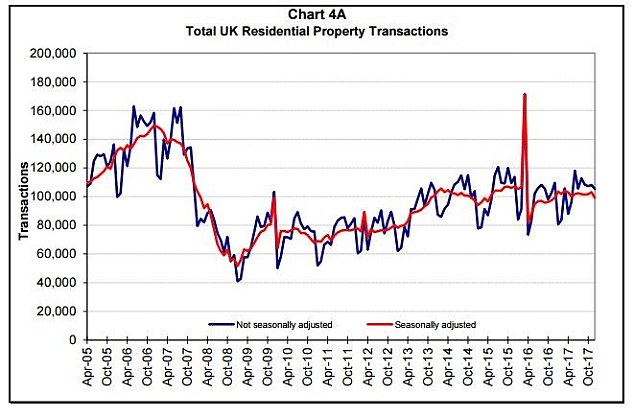 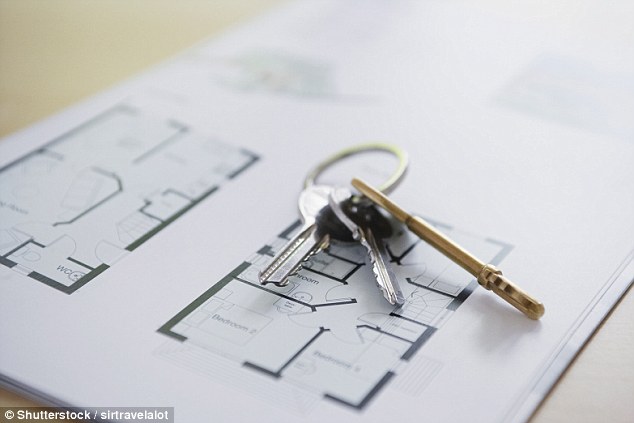 HMRC said a peak in transactions in March 2016 – the highest recorded in the last 10 years – was driven purchases rushed through to avoid the increase in stamp duty.

Jeremy Leaf, estate agent and former Royal Institution of Chartered Surveyors residential chairman, said: ‘Transaction numbers are how we, as estate agents, best judge the strength or weakness of the housing market, rather than the ups and downs of monthly price movements.

‘These figures bear out what we have been seeing – steady, not rising or falling activity, particularly in the lead-up to the traditionally quieter Christmas period.’

The abolition of stamp duty for first-time buyers has pushed prices higher and caused a shortage of homes but some, like Private Finance director Shaun Church, thinks growth could be on the horizon.

He said: ‘Lenders are likely to improve their offering for new homeowners, and competitive mortgage rates should help stoke activity in this area.

‘However, the high cost of moving for those further up the property ladder means transactions in this area remain limited, with many choosing to improve instead of move.’

He added: ‘Although house price growth has moderated in recent years, affordability challenges remain and more stock is needed to improve accessibility to the property ladder.’

All completed residential property transactions recorded were valued at £40,000 or above.