A party-loving property tycoon who lives with his estranged wife and his Polish girlfriend could lose his lavish London home in a legal dispute following the Icelandic banking crisis.

Robert Tchenguiz lives with his 27-year-old girlfriend Julia Dybowska on the fourth floor of their beautiful home near Hyde Park, while his wife Heather Bird and their children live downstairs.

But the £20million townhouse, which once featured in ITV drama Mr Selfridge, could now be handed over to receivers acting for Icelandic bank Kaupthing following a court case in Guernsey. 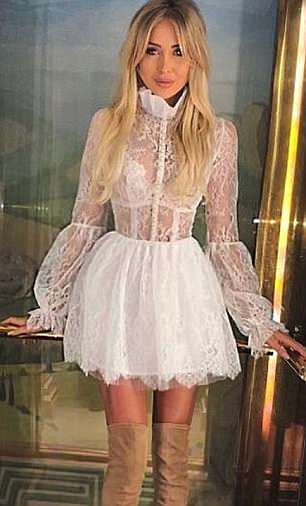 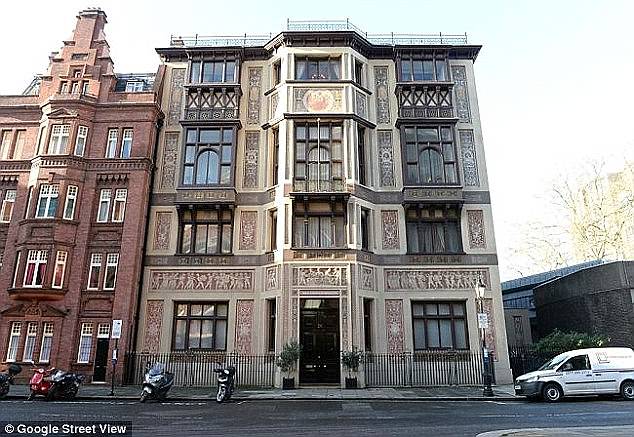 The Iranian-born, American educated, Tchenguiz brothers, Robert and Vincent, became two of the West End’s biggest landlords in the 1980s.

At their peak, they had a portfolio of more than 600 buildings said to have been worth £4.5billion, although much of their capital was borrowed.

Robert Tchenguiz enjoyed lavish parties, once decking out his home – the former Royal College of Organists building – as Louis XIV’s Versailles, complete with staff in liveried costumes and wigs and a nine-piece musical ensemble.

But his fortune was badly hit by the Icelandic banking crisis, in which he is said to have lost more than £1.5billion.

His wife Ms Bird split from him around 10 years ago, saying she could no longer tolerate his party lifestyle.

But, without the money to move out, Ms Bird remains at the couple’s home, where she has previously said she sees Ms Dybowska taking Instagram pictures in the lift. 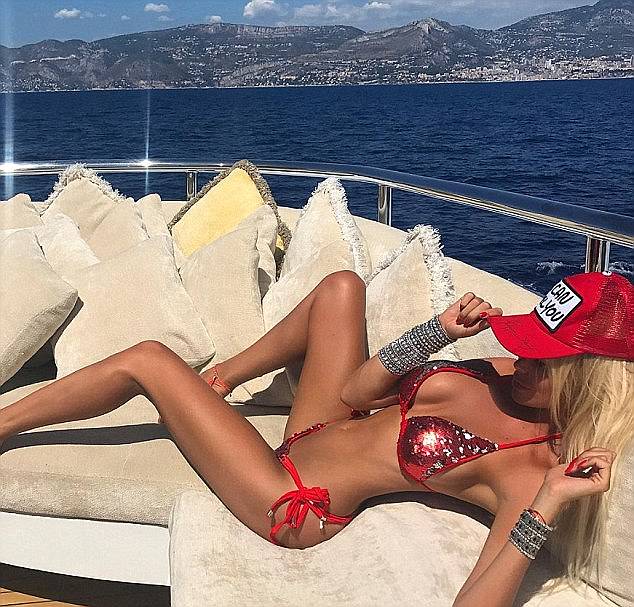 Earlier this year, Ms Bird told the Mail on Sunday: ‘It’s a difficult situation to be in, but I don’t really have any choice,’ she says. ‘Robert and his girlfriend are up on the 4th floor and I am downstairs with the kids.

‘It’s heartbreaking to have to share the family home with his girlfriend – particularly one who is undeniably sexy. She’s the model type, the sort who Instagrams a lot.’

The property could now however be seized by Grant Thornton, who are attempting to recoup money lent out by Kaupthing before the crash.

Judges in Guernsey yesterday ruled in a long-running legal battle over the case of Tchenguiz’s Discretionary Trust. 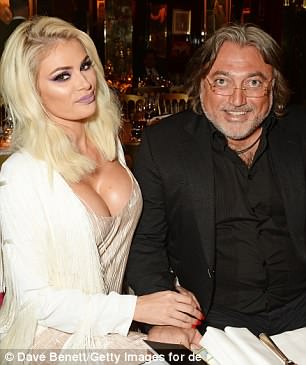 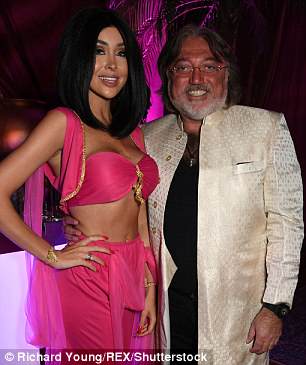 Ms Tchenguiz (pictured with TOWIE star Chloe Sims, left) was once known for his lavish parties

A spokesman for Grant Thornton said: ‘We welcome the Privy Council ruling that allows us to enforce a judgment of in excess of £140m against assets held in the Tchenguiz Discretionary Trust.

‘This is a welcome outcome for the creditors of the trust, including Kaupthing.’

Mr Tchenguiz told The Times he is planning to appeal the judgement in the European Court of Human Rights.