Britain has moved a step closer to a deal which would keep the country tied to the rulings of the European Court of Human Rights after Brexit, according to reports.

Negotiators on the British side are said to be close to clinching the agreement, the reports suggest.

It amid claims from sources in Brussels that the UK would lose its access to the EU criminal data base and a new extradition treaty if it quit the agreement, according to The Telegraph.

But such a deal over the European Court of Human Rights, which is part of a completely different legal system to the EU, is likely to enrage some pro-Brexit Tory MPs and supporters – who have instead called for a human rights reform.

The reports come as Michael Gove yesterday revealed in the House of Commons yesterday that the chances of Britain and the EU securing a free trade deal were around 66 per cent.

Britain has moved a step closer to a deal which would keep the country tied to the rulings of the European Court of Human Rights (pictured) after Brexit, according to reports

The topic key demand for the EU, who are worried Britain could undercut European businesses by providing greater subsides to British industry or introducing a more relaxed competition regime.

Speaking in the House of Lords yesterday in relation to the European Convention on Human Rights and the court, in Strasbourg, Lord Frost said: ‘I think I can see a way forward on that that satisfies all sides’ needs. We aren’t there yet but I think I can see it’.

The debate has long-raged over Britain’s commitment to the ECHR following Brexit.

Earlier this year reports suggested Britain was ready to quit the ECHR, with UK negotiators read to reject clauses to the set of rules in any future trade agreement with Brussels.

Critics of the ECHR, who include Home Secretary Priti Patel and Foreign Secretary Dominic Raab, argue that it prevents Britain from deporting dangerous foreign criminals convicted by UK courts.

A survey of 1,500 Tory voters, released earlier this week, shows that more than half of those who voted for Conservative in last year’s election would back human rights reforms.

The EU insists that respect for the European Convention on Human Rights, and the court would be a condition for the two sides co-operating in law enforcement when Britain leaves in December.

A UK spokesman last night told The Telegraph that the UK remained ‘committed to the ECHR’ and co-operation with the EU. 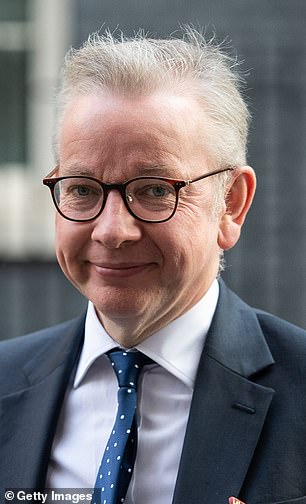 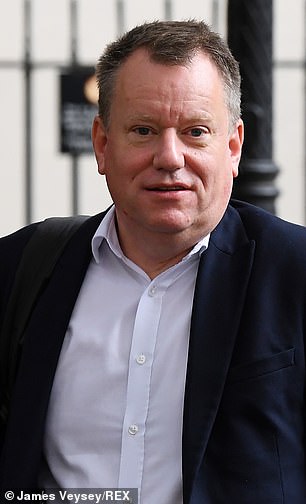 The reports come as Michael Gove (pictured left) yesterday revealed in the House of Commons yesterday that the chances of Britain and the EU securing a free trade deal were around 66 per cent. Meanwhile, the UK’s chief negotiator, David Frost (pictured right), suggested Britain could concede ground over subsidy law.

The comments come as Mr Gove claimed in the House of Commons yesterday that negotiations had been more constructive following a large row between the two sides over the UK government’s threat to overwrite part of the Irish border deal – prompting accusations Britain was about to break international law.

He said: ‘Negotiations are proceeding in a way which gives us cause for steady optimism.’

When asked in the Commons if there was a 66 per cent chance of a free trade deal, Mr Gove, he replied: ‘That’s about right.’

Meanwhile, president of the European Council, Charles Michel, yesterday said he would intensify efforts to resolve issues – including over fishing policy

However, he warned in a tweet: ‘The EU prefers a deal but not at any cost. Time for the UK to put its cards on the table.’

He issued the demand following a phone call with Boris Johnson amid claims the Prime Minister is prepared to walk away from negotiations next week if there is not a visible path to a deal.

The UK Government has made clear it wants the broad outline of an agreement to be in place by the middle of October.

But sources told Bloomberg that Mr Johnson is planning to quit talks next week if an accord is not in sight.

Brussels is adamant it will not be pressured into doing a deal at the expense of its negotiating red lines – a stance made plain by Mr Michel following this afternoon’s phone call.