Crown prosecutors are actively considering a fourth review of evidence concerning the death of Poppi Worthington, which could see her father stand trial.

The CPS previously said in January 2018 there were no plans to review the case following the conclusion of her high-profile inquest.

This included Poppi’s father, Paul Worthington’s bed sheet, the laptop he had used to watch pornography on the evening before his daughter died and Poppi’s pyjama bottoms.

A report by the Independent Police Complaints Commission described the operation as not fit for purpose and said no real investigation had been undertaken for eight months.

However now officials within the CPS, who have the final say on whether to seek a prosecution in criminal cases, are working with Cumbria police.

Together they are analysing the findings of David Roberts, senior coroner for Cumbria.

A decision will then be made on whether a fourth formal review of evidence available will go ahead, in light of the inquest verdict.

A CPS spokesperson was unable to confirm whether a final decision on the matter was imminent.

But they added: ‘We have received a copy of the coroner’s decision and are considering this carefully in liaison with Cumbria Constabulary. We are seeking to establish whether there is a basis for a full review, taking account of the fact that the evidence has been considered by prosecutors on three previous occasions.’

Poppi died suddenly at the family home in Barrow she shared with her parents and siblings on December 12, 2012 – just a day after she had taken her first steps.

In January 2016, High Court judge Mr Justice Jackson, ruled on balance of probability that she had been sexually abused by Mr Worthington during her final hours. 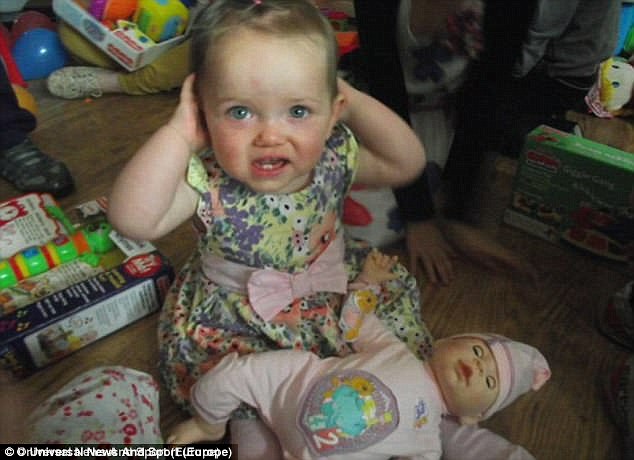 Poppi died suddenly at the family home in Barrow she shared with her parents and siblings on December 12, 2012 – just a day after she had taken her first steps

The coroner went on to say Poppi had later died of asphyxia after being placed to sleep in Mr Worthington’s bed.

Mr Roberts said he had forwarded a copy of his inquest conclusion to the CPS, but that he could not compel the service to begin a fresh review of Poppi’s case.

However nobody has ever faced charges over the assault on Poppi, which left the tot with serious injuries.

The Crown Prosecution Service carried out an initial review of the evidence available, but concluded it was not sufficient enough to sanction a charge.

Another review was carried out in November 2016 at the request of Poppi’s mother but the decision to bring no charges remained the same.

In January, a spokesman for the CPS said: ‘We are aware of today’s verdict.

‘There are no plans to review our charging decisions in relation to this case but we would of course consider any referral from the coroner.’

Mr Worthington, 50, has always denied any wrongdoing in relation to his daughter.