Protests as police move ‘convicted paedophile’ into a Travelodge

Police put up a convicted paedophile in a Travelodge after he was driven out of his home by vigilantes, it was claimed.

Protesters were gathered outside the hotel in Musselburgh, near Edinburgh, after the pervert – named locally as Andrew Lothian – checked in yesterday.

Footage posted by the vigilantes appears to show him being hounded out of his home after protesters tracked him down.

Protesters from the group Get Him Out strung up banners as they demonstrated outside the Travelodge hotel in Musselburgh, near Edinburgh

A police officer spoke with the group outside Lothian’s house, saying he ‘couldn’t discuss what’s been going on here’.

Lothian was taken to a Travelodge in Musselburgh, Edinburgh, the hotel chain confirmed.

A spokesman said he had now left the building, adding ‘it’s business as usual’.

But members from the group Get Out insist he is still inside — and also claim Travelodge cancelled bookings after the paedophile checked in.

And one guest claims his employer was refunded after its workers were asked to leave the hotel.

He told MailOnline: ‘They rang my on call manager and told them that we have to leave and have a full refund.’ 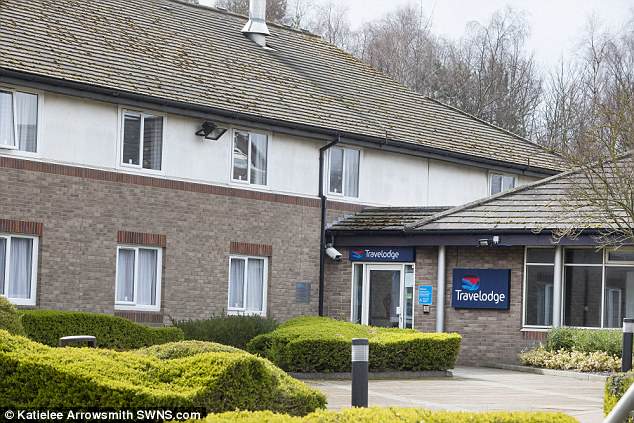 A spokesman for the budget hotel chain said that the ‘individual concerned is not at the Edinburgh Musselburgh Travelodge, and at our hotel it’s business as usual’ but protesters are convinced he is still inside 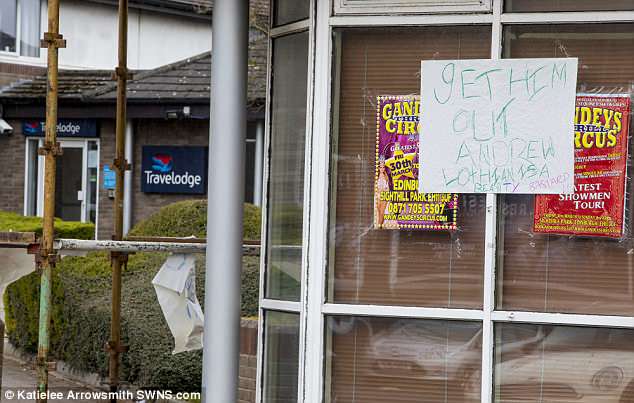 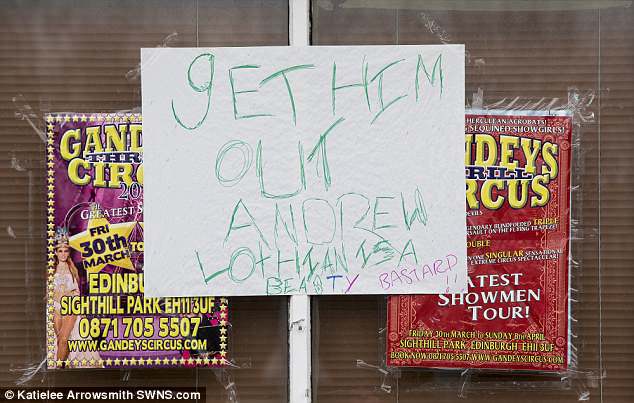 One of the protesters told MailOnline earlier: ‘If he had come out then the security guards wouldn’t still be here. They’re still in there. You can see them at the door’

Protesters live streamed video from the Travelodge overnight and this morning.

One man who said he worked for a security company approached members asking for the camera to be turned off.

When they refuse, he responds: ‘Well, I won’t speak to you. I’ll speak to you if you turn it off.’

One of the protesters told MailOnline earlier: ‘If he had come out then the security guards wouldn’t still be here. They’re still in there. You can see them at the door.

‘I’ve been here since 3:30 this morning. The car park was basically full last night. There was a good 30-40 people here. 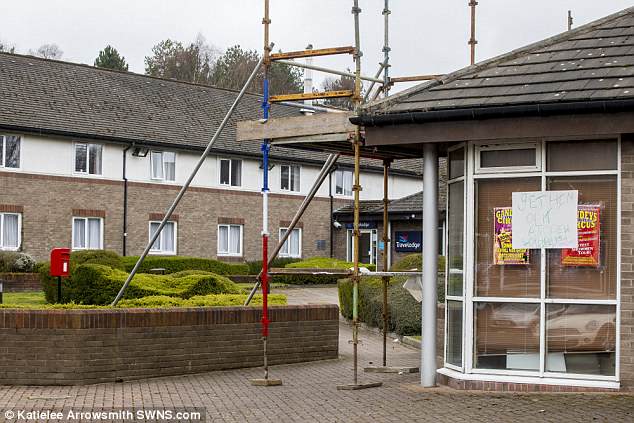 ‘We got a tip that he was here. A guy who recognised him followed him straight here and saw him go inside. Nobody has seen him come out.

‘We want him out. I’ll be staying here until I know he’s gone.

‘We are talking to people staying here and wanting them who is in there. There was a French couple that left last night when we told them.

‘A woman and two boys came out and she was only two doors down from him. The wee boy said he saw a police woman outside the door of the room.

‘She was really angry about it but she stayed anyway.

‘Obviously he was going to be somewhere.’

Another woman, Kirsty, is a friend to the group and has been to a lot of protests, lives just up the street from here, said: ‘It’s disgusting. It’s wrong, the fact that they put him in a Travelodge during the Easter weekend when there are going to be a lot of kids staying is disgusting.’