A father has hit back at Twitter trolls targeting his daughter who has Down’s Syndrome and has been inundated with thousands of messages of support.

Proud Neil Markham, of Banbury, Oxfordshire, tweeted a clip of 16-year-old Ella dancing at the new stadium after the 0-1 defeat to West Ham.

But after the video was uploaded to social media, trolls began bombarding his account with abuse.

So he decided to fight back and take a stand, and began by handing out his phone number challenging the trolls to contact him directly.

It sparked a flurry of messages in support of the Tottenham fan and his teenage daughter, including some from ex footballers.

Tottenham legend Graham Roberts and former Spurs favourite Micky Hazard got in touch with messages of comfort for the father of three.

Others hailed Ella as a ‘class act’ and said the video had ‘brought a little sunshine’ to their day. 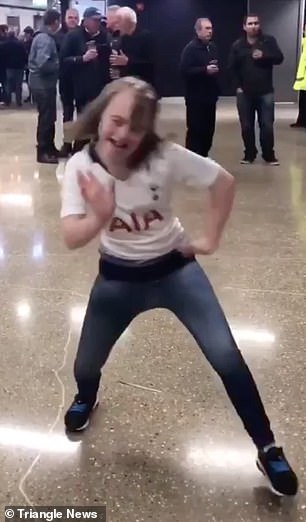 Proud father-of-three Neil Markham tweeted the clip of 16-year-old Ella (pictured, in the video) at Spurs’ new stadium after the 0-1 defeat to West Ham

Mr Markham posted the video with the caption:  ‘The result is never the most important thing #COYS.’

After the abuse began, he responded: ‘What is wrong with people?

‘This girl would wish you nothing but happiness. Why do you need to be like this? Contact me directly rather than hiding.’

In a later tweet he wrote: ‘I’m getting tired of remarks from people that aren’t prepared to front up.

‘The girl in the video has a name. It’s Ella. Ella is my daughter so please clarify your smart remarks.’

Many of the trolls then backed down and some even deleted their social media accounts. 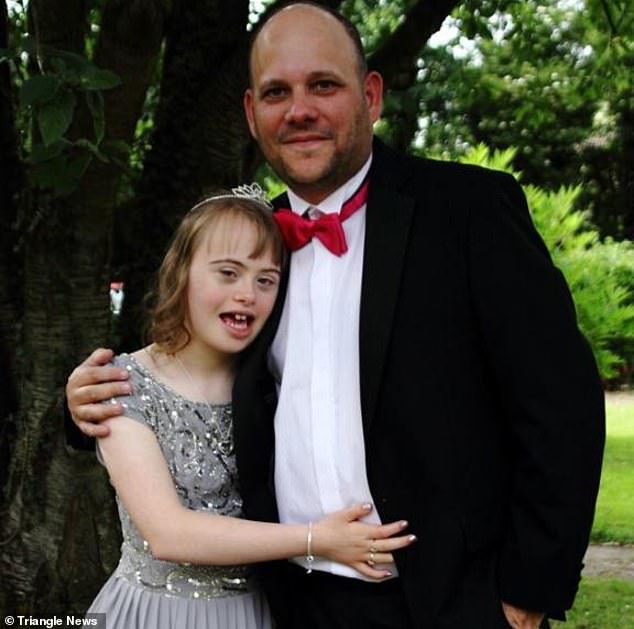 Mr Markham directly responded to the abuse, challenging the trolls to contact him directly. He later thanked users for their support after he was sent thousands of positive messages about his daughter

Sales director Mr Markham – married to Adele, also 43 – said: ‘I was rock bottom on Saturday night and I feel so much better now and it can only be a positive thing.

‘My social media life is really about my kids, it’s not really about anything else. My brother lives away and it was a way of keeping him in the loop.

‘A lot of people said it was a joke or their account was hacked.’

Mr Markham said some trolls had used an abusive term. 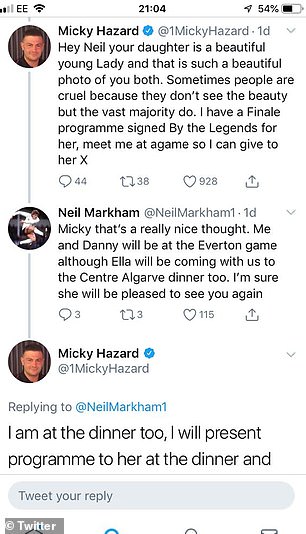 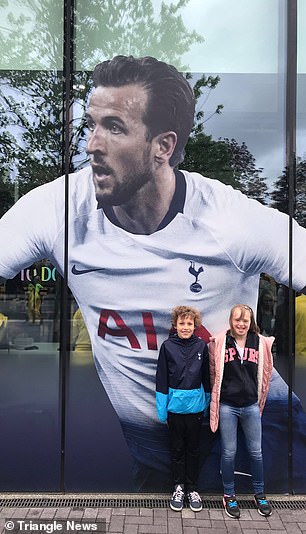 He added: ‘I’ve had people message me to say that they used to use that word before and they said they will not use it again.

‘If one person doesn’t, Ella has made a difference.’

He added: ‘She loves Harry Kane, but music and dancing is her passion.

‘I’m not a snowflake but I will protect my daughter because I’m the only one who can. That is my job.’ 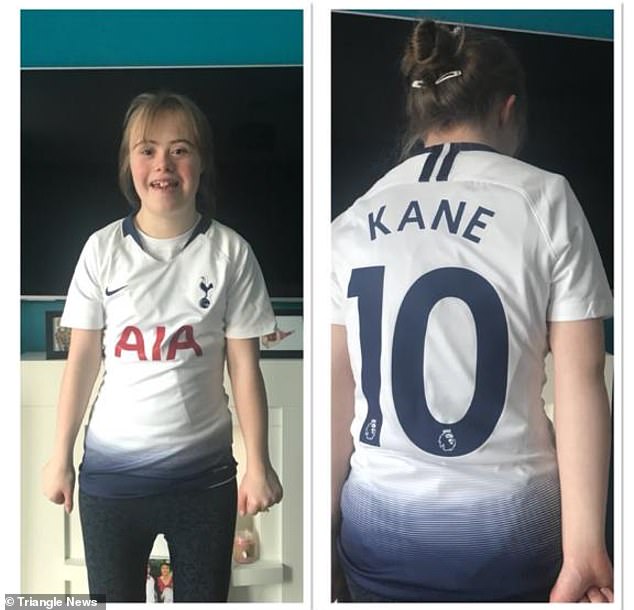 Ella in her Harry Kane Spurs strip. Her father revealed he has received 9,000 messages about the video, and ’99 per cent of them are positive’

One said: ‘Don’t let a couple of mindless morons get you down fella. Ella is a class act mate.’

Another wrote:  ‘Your daughter is so beautiful! How anyone could ridicule her… let me at em! My advice is just immediately block anyone that says anything negative. This place is full of amazing, supportive people, don’t be put off!! X’

And another wrote: ‘I wonder if you realise what a little bit of sunshine that video bought into so many people’s day. It was gorgeous, just like your Ella. Thanks for sharing x.’ 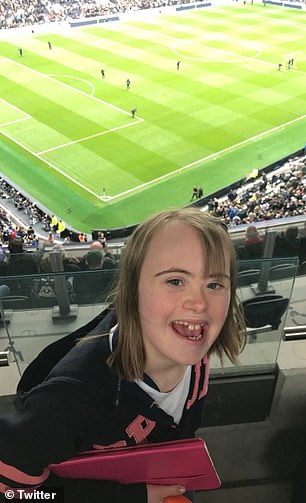 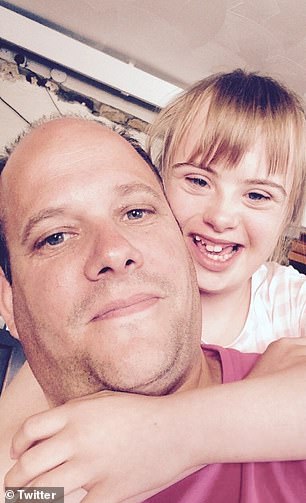 Mr Markham – also dad to Danny, 11 and Ryan, 26 – got a message from a former first team player offering support.

Tottenham legend Graham Roberts tweeted: ‘@NeilMarkham1 and his lovely daughter Ella are guests of mine at my gala dinner in May and I can’t wait to spend a special evening with her.’

Another former Spurs favourite Micky Hazard said: ‘Hey Neil your daughter is a beautiful young lady and that is such a beautiful photo of you both.

‘Sometimes people are cruel because they don’t see the beauty but the vast majority do.

‘I have a Finale programme signed by the Legends for her, meet me at a game so I can give it to her x.’